Exactly 50 years ago, Mankind accomplished one of its most impressive journeys. For the first time in history, a human being walked on a soil that wasn’t Earth, on an astronomical body that wasn’t its natural habitat. On July 20th 1969, 2 men stepped foot on the Moon. Their names: Armstrong and Aldrin. Their mission: Apollo 11. On their wrists, a watch that will become a legend, under the name “Moonwatch”. This is the story that made the Omega Speedmaster Professional an icon.

2 years ago, in partnership with Omega, we produced one of our most ambitious series of videos, “The Speedmaster Chronicles” – 5 men who shed their light on one of the most iconic watches ever created, you name it: the Omega Speedmaster Professional “Moonwatch”. As today we’re celebrating the 50th anniversary of the Moon Landing, we thought it was the perfect timing to take a look back at some of these episodes. 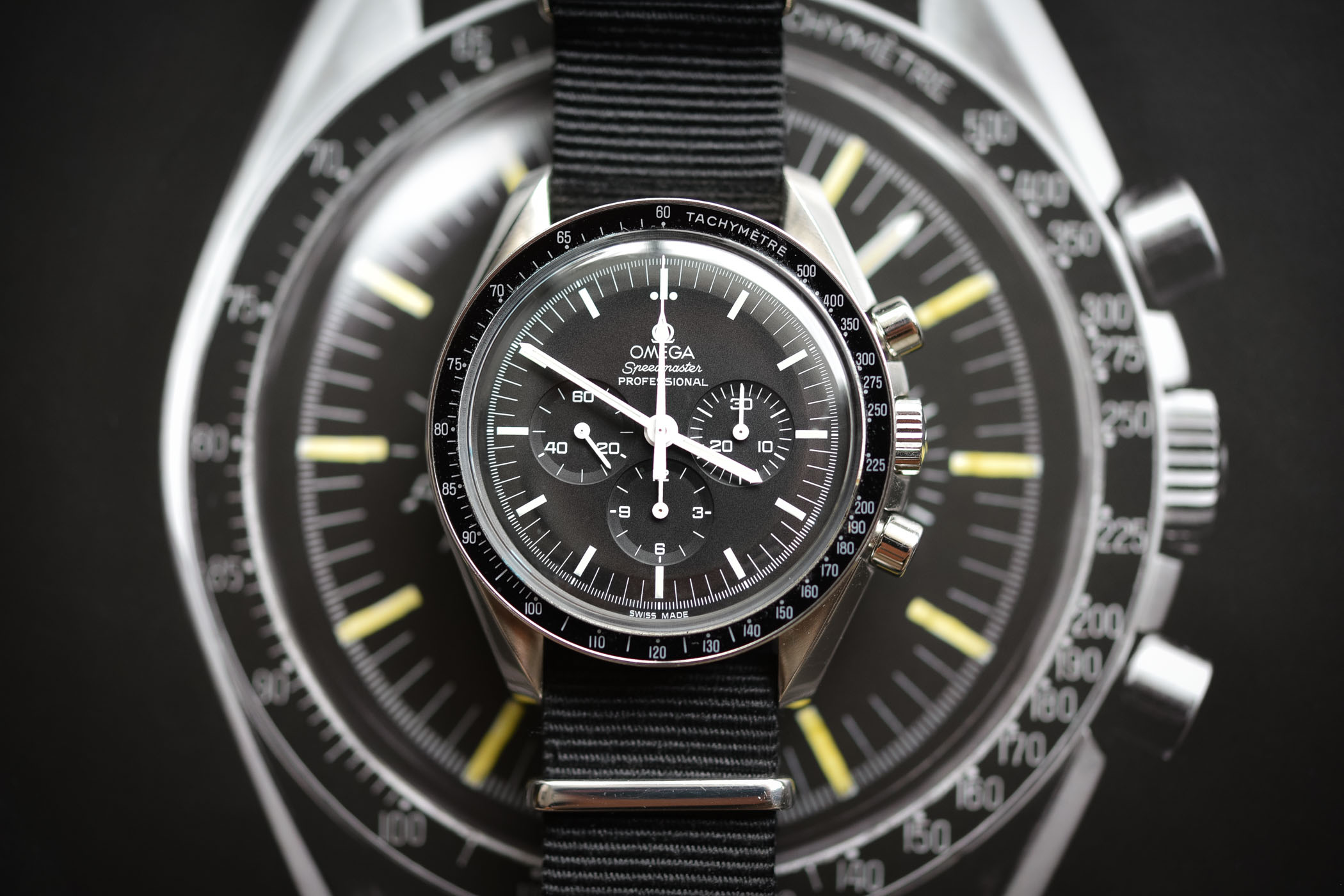 We’ve of course seen in details how the Omega Speedmaster Professional became the Moonwatch, by interviewing Mister James H. Ragan in this video. We also thought it would interesting to know from the words of Omega’s President and CEO, Mister Raynald Aeschlimann, what makes the Omega Speedmaster Professional such a crucial watch for the brand and how it was possible to keep the iconic status of this piece, more than 60 years after its introduction. Those are the questions answered in the video on top of this article.