Today, MONOCHROME’s technical editor Xavier Markl is in Saignelégier, Switzerland, with Maurice Lacroix. With its “Masterpiece” collection, Maurice Lacroix revealed several watches with unconventional displays of the time. Think about the surprising Roue Carrée watch, with its small seconds actuated by a square-wheel, or the Mysterious Seconds watch, with its floating, non-mechanically linked seconds hand. The “accessible luxury” manufacture, which produces some of its most complex movements internally, has a tradition for such original, surprising and fascinating complications that make time-reading more spectacular.

Maurice Lacroix is now infusing this original and signature spirit into its successful luxury sports watch collection, the Aikon. At first sight, the new Maurice Lacroix Aikon Mercury seems like a standard watch, with a classical display of the time. Still, there is much more than meets the eyes in this new timepiece. It indeed stands out with its patented “Free-Hand” display. Let’s have a closer look at the Aikon Mercury. 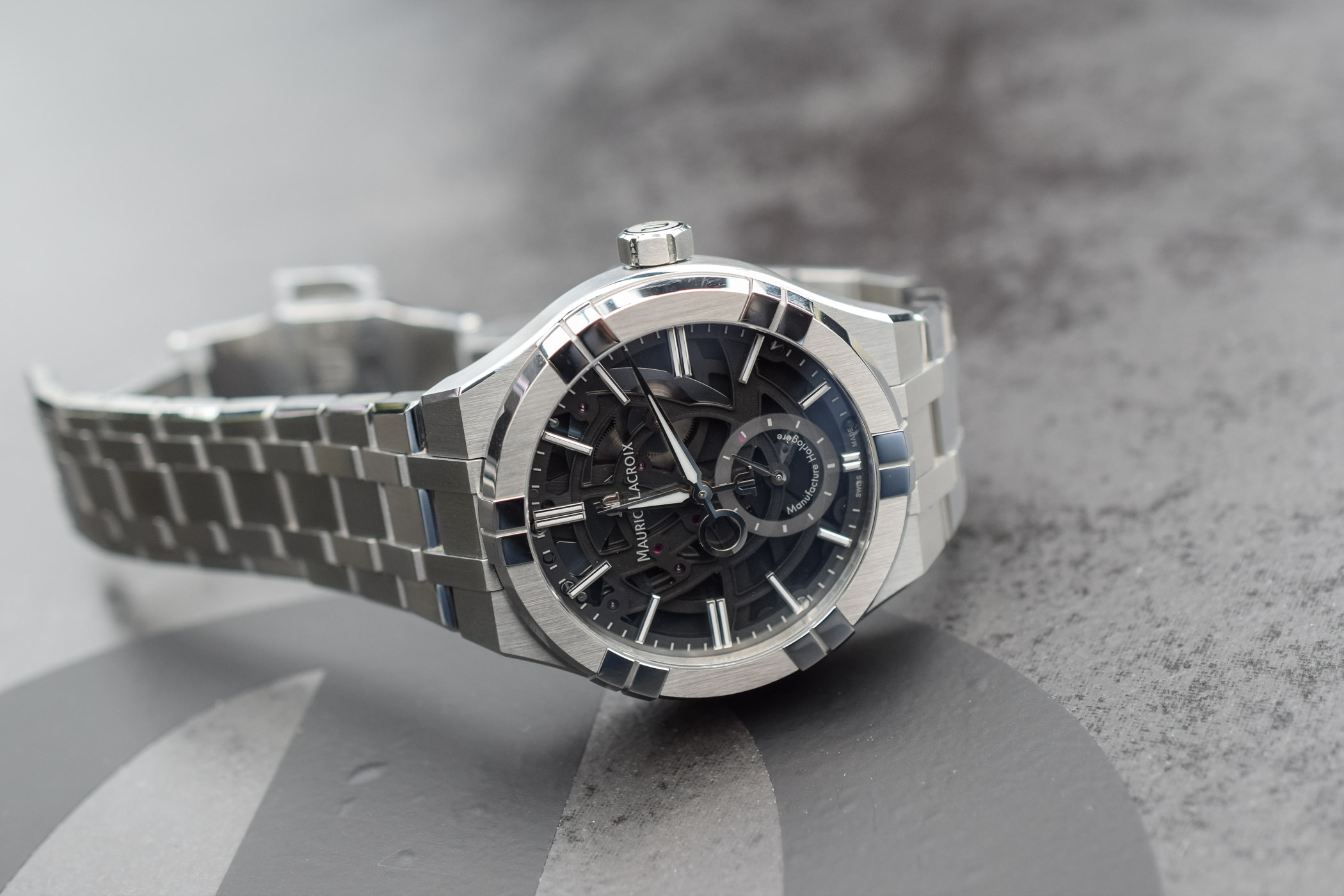 At first glance, the Maurice Lacroix Aikon Mercury appears to be a normal watch, with central hours and minutes and small seconds at the six o’clock position. However, when you look through the slightly tinted sapphire dial, you see that there’s more than a standard automatic movement running underneath these hands… And with reason, as this Aikon Mercury indeed does display the time, but can also… not display the time! Curious…? 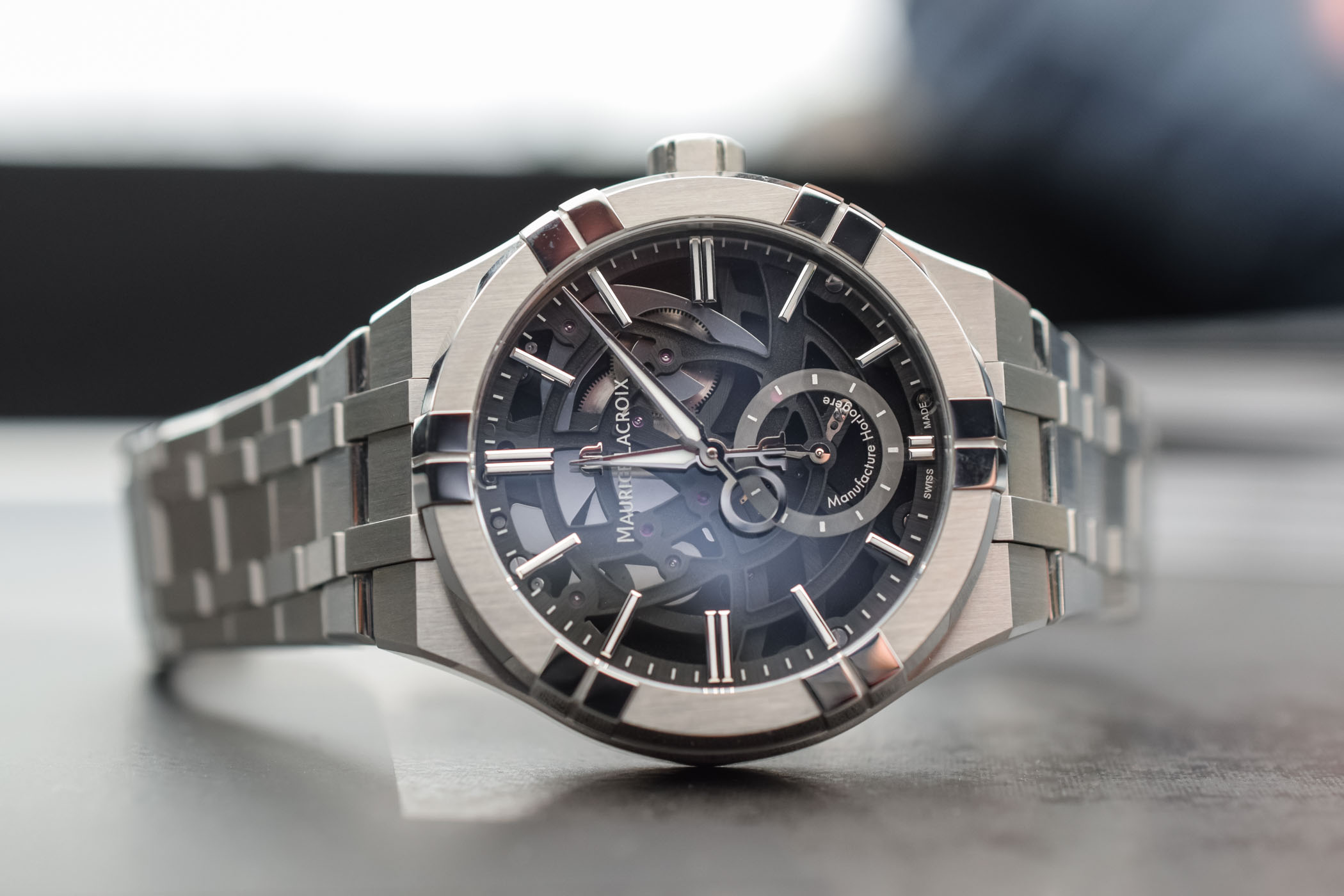 When worn classically, the Maurice Lacroix Aikon Mercury works like a standard watch with its hands running in a conventional way – understand a 360 degrees rotation around the dial or the sub-dial. With the slightest tilt, however, the hour and minute hands spin freely, abandoning their chronometric duties. Hold the Aikon Mercury upright and the hands fall back and give the correct time. Just like time itself, the Mercury concept makes it slips away when you’re not paying attention. Like time, it reasserts itself when you need it.

The patented mechanism behind this innovative display took 3 years to develop and is manufactured by Maurice Lacroix, in the facilities you’ll discover in this movie. And just like the Masterpiece Roue Carrée, with its interlocking eccentric gears, and the Masterpiece Mysterious Seconds, with its floating seconds hand, the Maurice Lacroix Aikon Mercury pays tribute to the brand’s tradition for complex, unconventional, yet relatively accessible displays of the time. 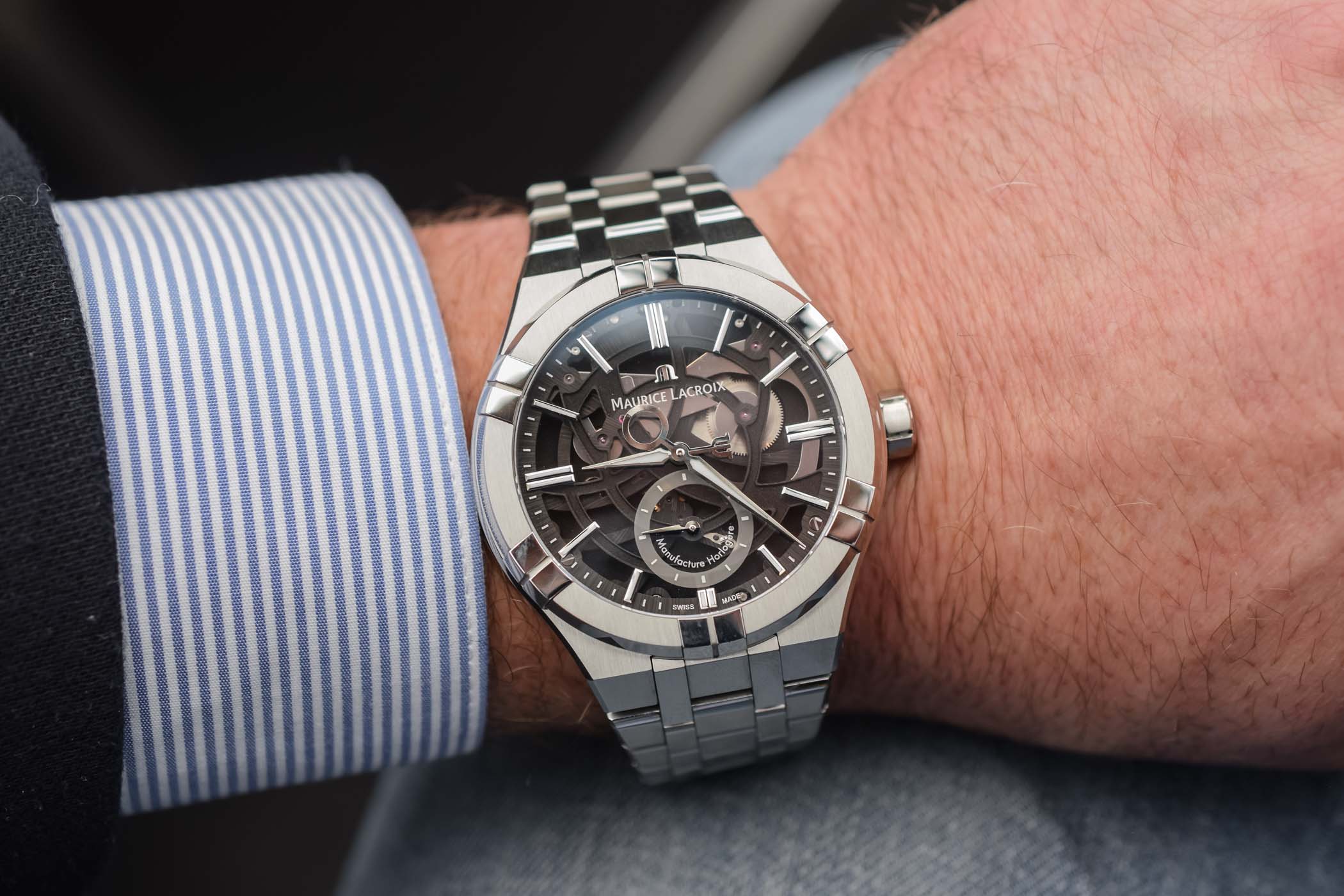 How does the Maurice Lacroix Aikon Mercury work? It combines an unprecedented “Free Hand” system that works with natural forces of gravity to read and display time from a double snail-cam mechanism hidden beneath the dial. One snail cam is associated with the display of hours, making one complete rotation every 12 hours, while the other is associated with the display of minutes and rotates once every 60 minutes. When the wearer turns his wrist to look at the watch, with its movement perpendicular to the ground, gravity acts on two weighted levers, pulling them into contact with the snail cams. Dictated by the continuous rotating snail cams, the levers then drive the hour and minute hands to indicate the correct time. When the wearer leaves the upright position, hands follow a mercurial pattern before falling to gravity. The mechanism still computes in the background, ready to give back the correct time when triggered by the position of the wrist.

Of course, all the details are to be found in the movie… Enjoy! More details at www.mauricelacroix.com.