Start Bloggers Corner The Vintage Corner – When is a Seamaster 300 not a Seamaster...

When it was originally launched back in the early 1960s, the Omega Seamaster 300 was, together with the Rolex Submariner, a mass-produced specialist dive watch for the burgeoning recreational diver market. There was also Blancpain and a few others like Doxa, Eterna, Favre Leuba, but none of them was on the same production scale. Today’s ‘Vintage Corner’ is not meant to be a history of the dive watch but more of an introduction to what you should look for in terms of the condition of these watches today. The idea is to understand what the term ‘in original condition’ means regarding these types of vintage tool watches. Particularly dive watches, like the Seamaster 300, which tend to have endured quite some action over their lifetimes.

The first generation Seamaster 300, with straight lugs, thin black bezel insert and ‘broad arrow’ hands, was replaced in 1963/1964 by the now well-known Seamaster 300 ST 165.024. It featured a case very similar to the Omega Speedmaster of the era. Similar proportions, with lyre lugs and even the same strap shoulder size. It was originally produced with ‘stick/pencil’ hands, large painted markers on the dial and a flat signed crown like the Speedmaster. A second model with date function was introduced just after 1964, designated ST 166.024.

The watch was produced with two types of automatic movements, using the Omega Calibre 552 no-date or the Omega Calibre 565 with date, from 1964 onwards. Calibres 563 and 560 may also be found in models sold to the US market; due to import restrictions, movements had a smaller jewel count – 17 jewels in this case, instead of 24 jewels. 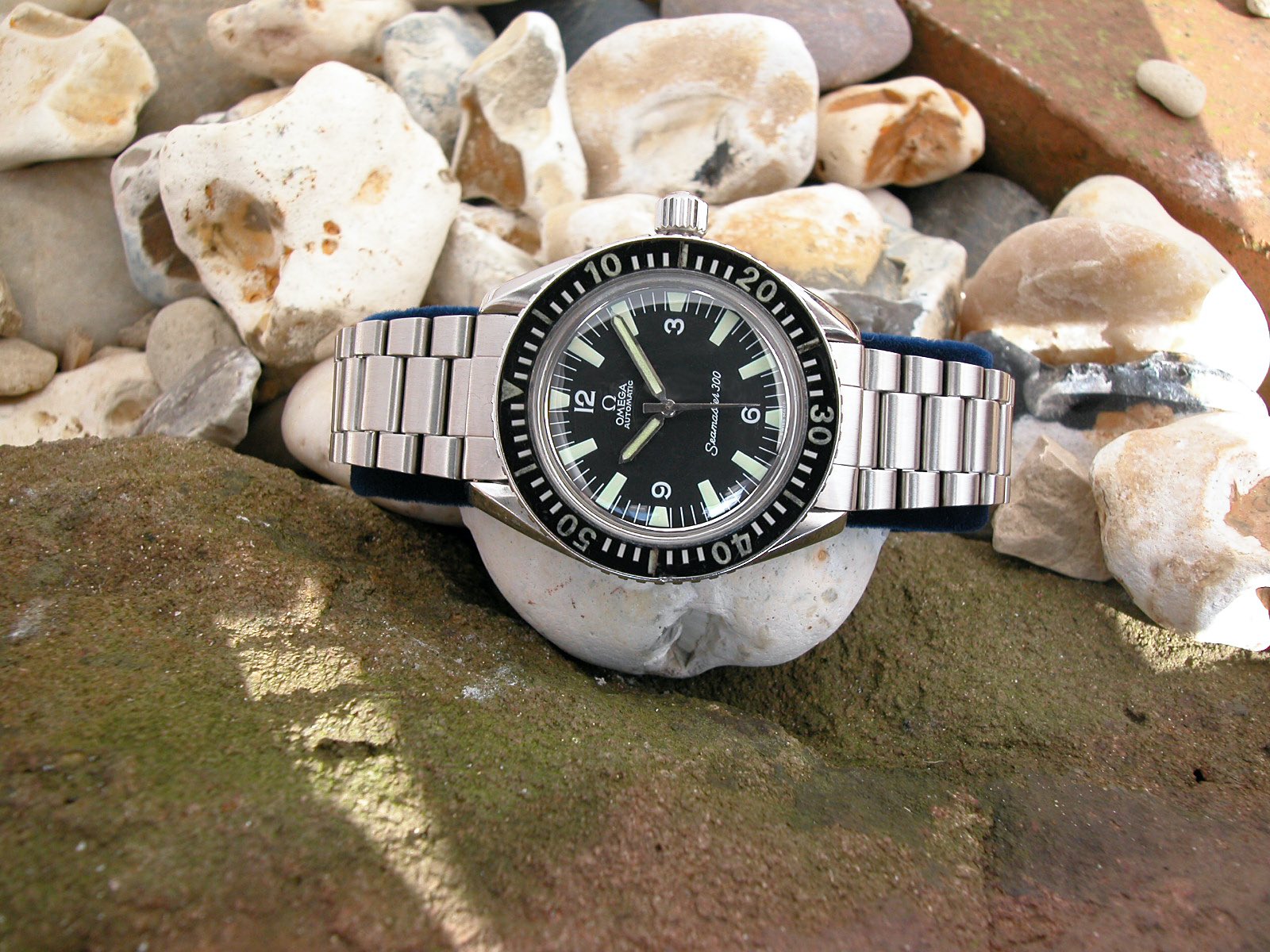 These watches are like cars and made to be used for what they were built to do (professional or recreational diving). This means they had to be serviced and that some of their worn parts have been replaced. Entirely original watches may be few, which is understandable with tool watches like this – especially early dive watches from the 1960s. Original condition and box-and-papers insistence by some collectors has led to frauds with old worn parts being ‘whacked’ onto younger watches, in that pretence of originality. Just like vintage cars, buy a car with old bald tyres and shot brakes and the salesman will assure you that ‘it’s all original, Sir. But I wouldn’t drive it if I were you’. Apparently, it’s not uncommon to have a USD 5,000 difference in price between a perfect one (in its original box) and one that shows signs of a tough life.

Here are 3 examples of watches, (left to right 1,2,3) after a restoration process

What is ‘Original Condition’?

Back in the 1960s and during the production period of the Seamaster 300, big manufacturers made thousands of watches a year. When evolutions on the case came along, or when model reference numbers changed, these were simply integrated into production. When new hands were decided, or even with advancements in technology (something quite common in the 1960s), these brands didn’t throw out the old parts they had in stock. New parts were simply integrated into the production run and parts phased in as older parts ran out. You can see this clearly with casebacks on the Rolex Submariner 5513. Many are known to have the earlier reference 5512 stamped inside, which is simply explained by the fact that there was a surplus to be used, before changing to 5513 models. 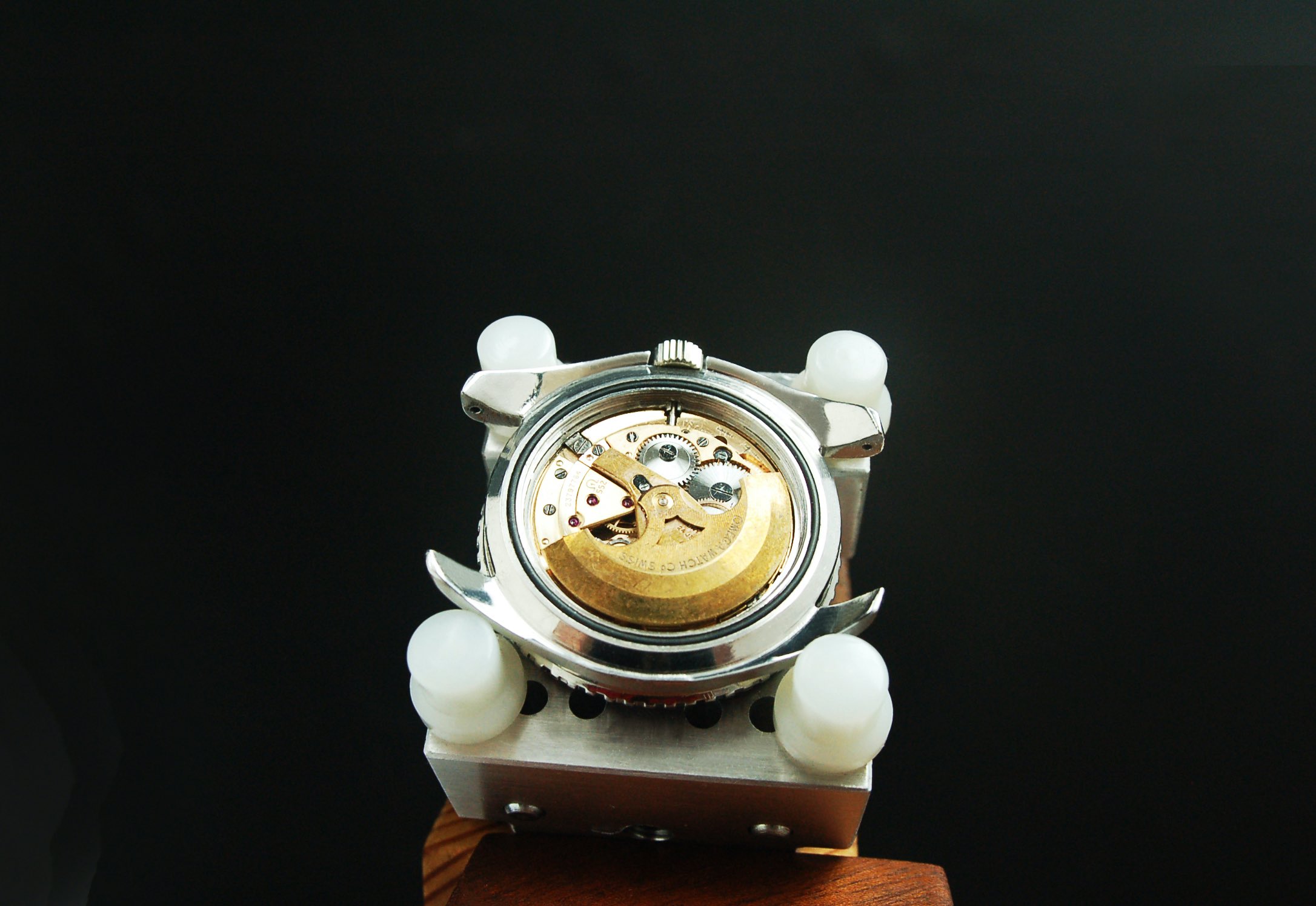 Here are a couple of  Omega Calibre 552 movements to show the difference in their condition. Above, the matte and tarnished rotor is a sign of water getting into the movement and oxidizing the polished finish. Below is another 1960s Seamaster 300 with calibre 552, which looked almost brand new when it was opened. NB. you will see this effect on multiple original early Seamaster 300 watches, as the crown allowed water to come in. It was later changed to a screw-in crown and may not be seen as a sign of a swapped movement. 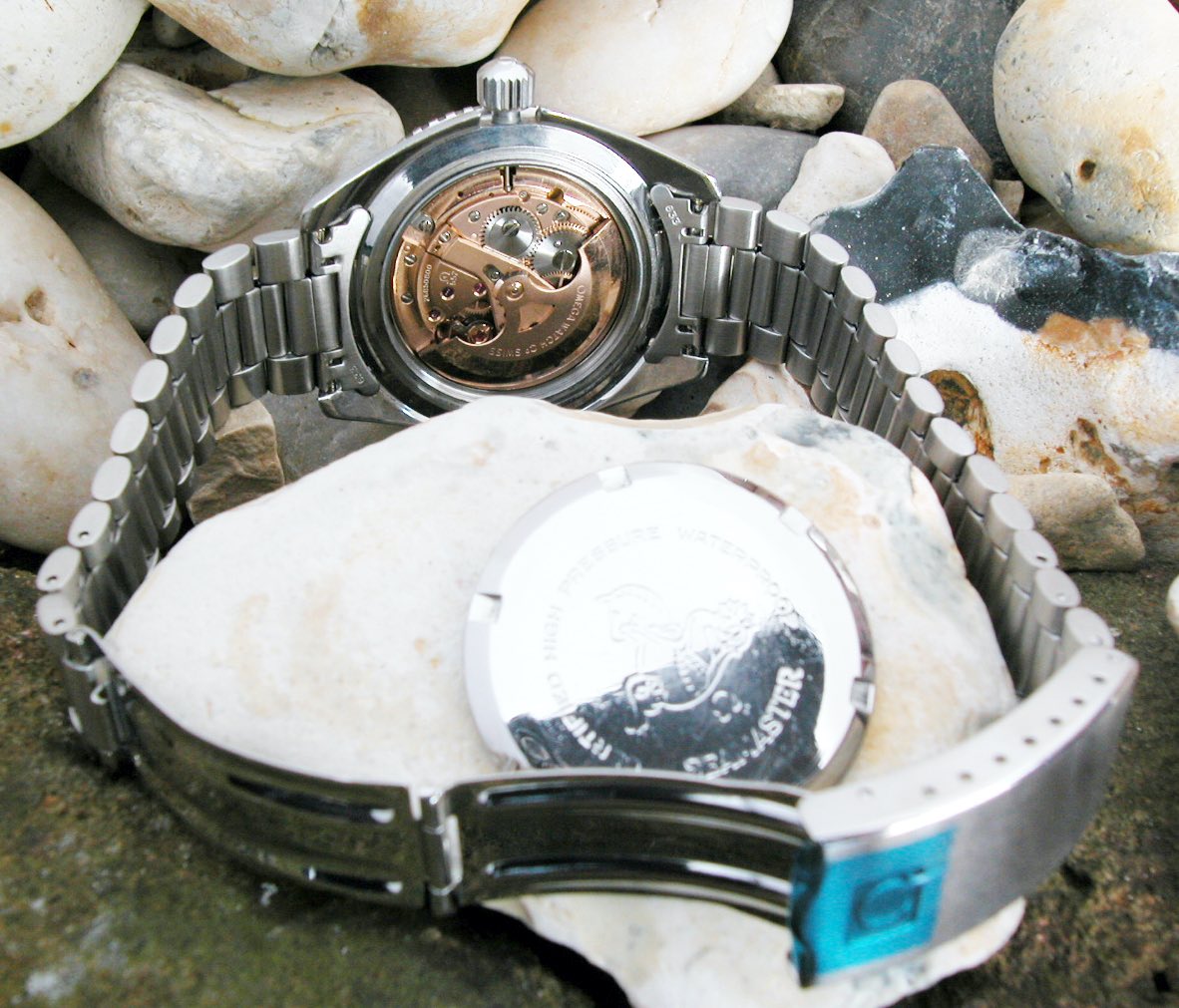 If you are looking for total originality, then you should keep certain things in mind. Just like with Rolex, if the watch was brought to Omega for service, either directly or through a service centre, they might have upgraded some of the worn-out cosmetic parts. This may not be standard practice, but I’m pretty sure they would suggest it as they would want the watch returned in the best possible condition – visually and mechanically. In this instance, the direction of total ‘originality’ may not be the best road to travel, in my opinion.

My thoughts on vintage watches, particularly early ‘tool watches’, are that upgraded crowns or replaced dials are part of the beauty of owning something that was originally designed to be used and abused, as an instrument. Thus, parts will have to be serviced or replaced. Certainly, a Seamaster 300 with a gilt dial would look better with original gold pencil hands rather than ‘later execution’ silver sword hands, fitted during service. However, this could be misleading for slightly less informed collectors. If a such a tool watch endured a tough life and had to go through several service cycles, with its original tritium dial swapped for a new-old-stock service dial, then I still think it is just as original as one that was left in a drawer for 30 years, after been flooded down at the coast one Spring morning in 1970. Something to consider, especially if you intend to wear your vintage watches intensively. 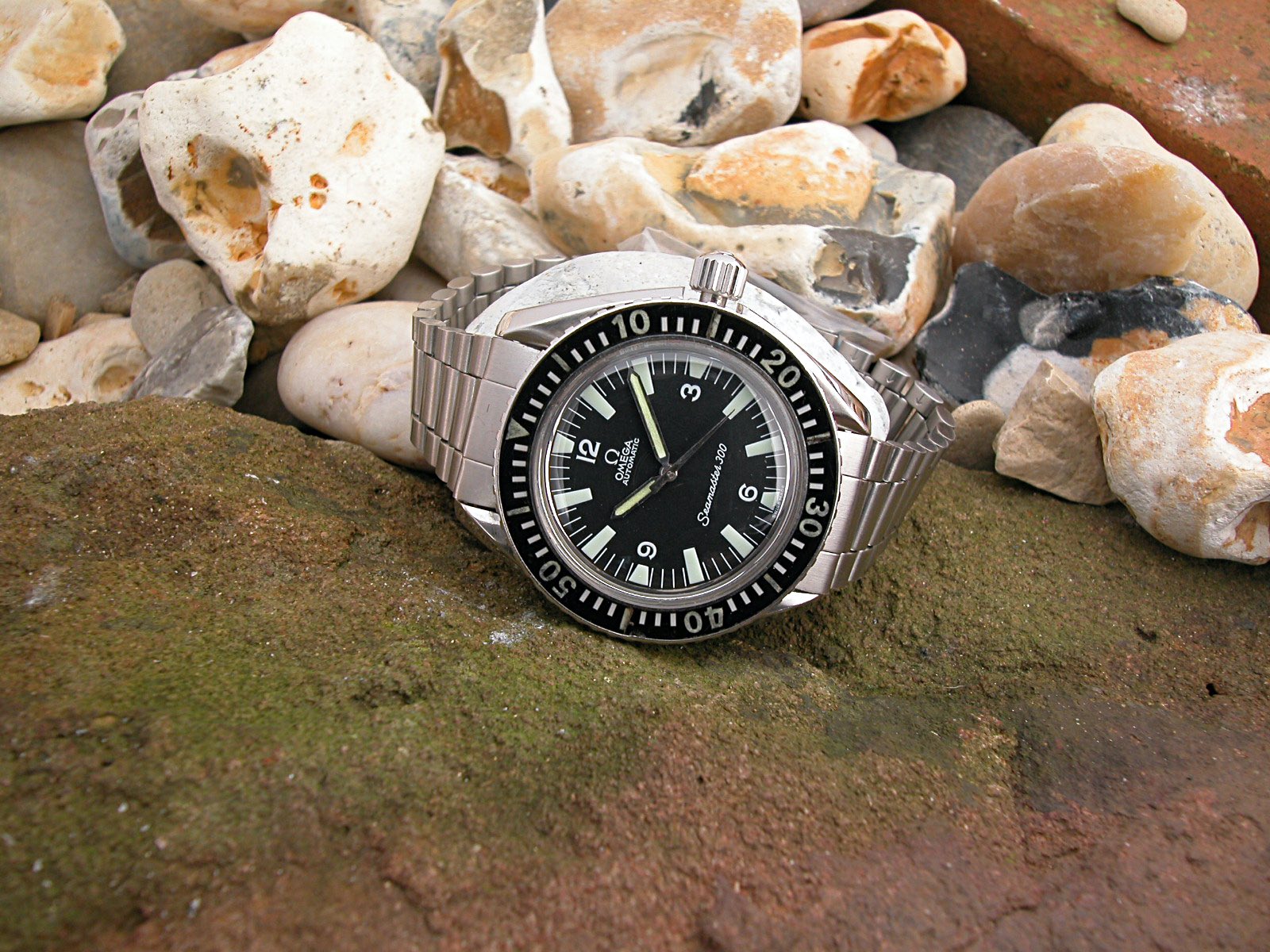