In 2016, Cartier, the master of beautifully shaped cases, introduced a stylish dress watch for men; the Cartier Drive. Offered in gold or steel, it was an instant hit. Hot on the heels of this initial success, came the Drive Extra Flat in 2017, an even more refined and attractive dress watch that really turned our heads. Unlike the earlier Drive models, however, this beauty was only available in precious metals and, consequently, came with a rather hefty price tag. This year, however, we are pleased to say that Cartier has introduced the Drive Extra Flat in steel, and it is quite an attractive package at that. 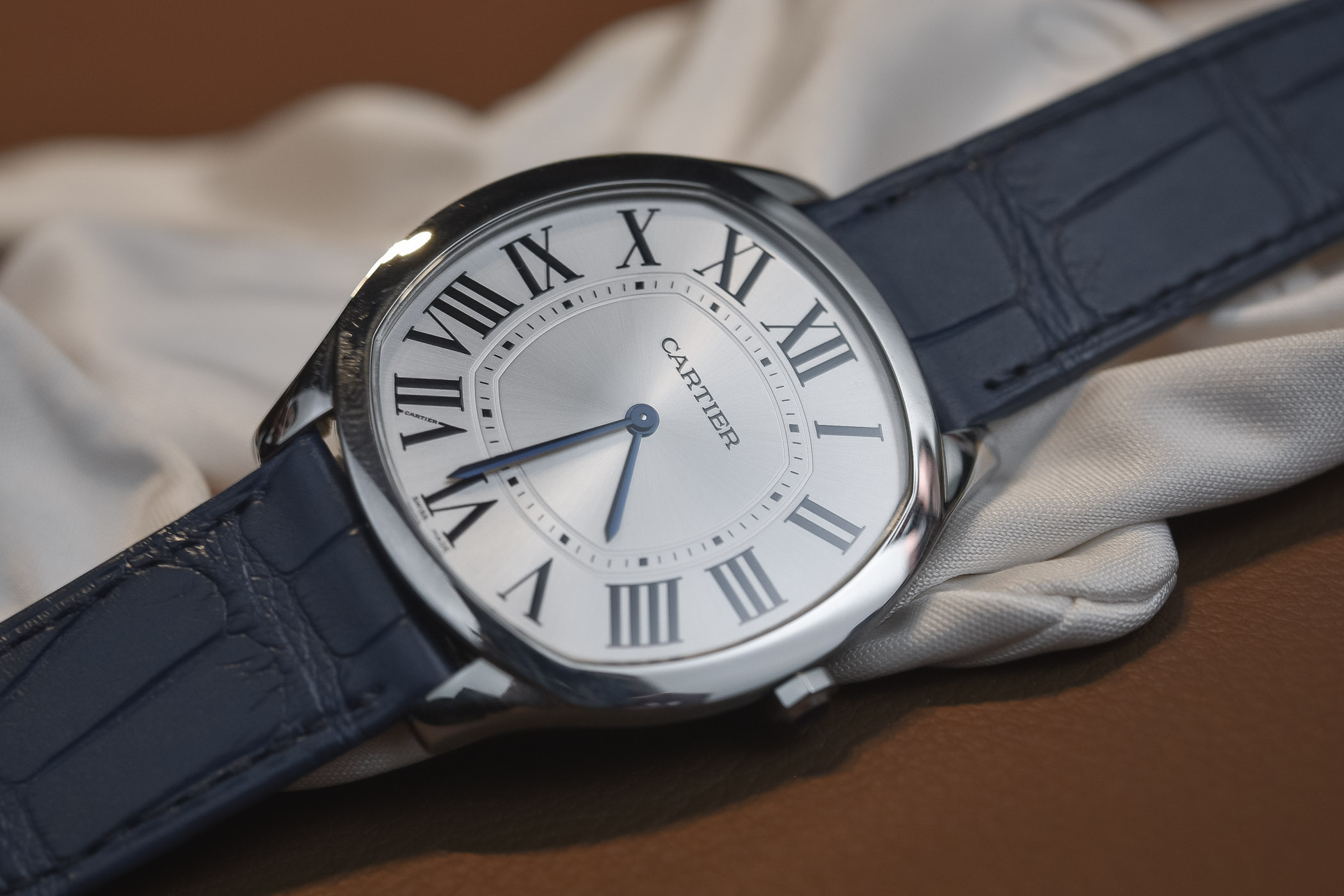 In the highly competitive world of ultra-thin watches – think the insane 2mm Piaget Altiplano Ultimate Concept or the Bulgari Octo Finissimo – the Cartier Drive Extra Flat appears comparatively thick at 6.6mm. On the wrist, however, it is superb. Perfectly proportioned with the 38mm high by 39mm wide case, with just enough weight that you know it’s there without being intrusive – to say the least. The distinctively shaped case is a mix between a square and a cushion and is entirely polished on its flat surfaces, with horizontal brushing on the thin case band and caseback providing a subtle sense of contrast. Although inherently simple in design, it has a timeless and elegant appeal, which is really eye-catching and lends itself to being dressed up or down. Now offered in steel, it loses none of the appeal of the earlier precious metal versions and, in fact, feels more versatile. And while the superb white gold version introduced last year was a limited edition, this steel Cartier Drive de Cartier Extra Flat will be fully available in collection.

The silvery-white dial with a subtle sunburst finish is classic Cartier, as are the large Roman numerals for the hour indices, blued steel hour and minute hands (no small seconds, which I prefer on an elegant dress watch) and an inner chapter ring for the minutes. The octagonal-shaped crown is set with Cartier’s signature sapphire cabochon, which ties in nicely with the blue of the hands, as well as the flat blue alligator leather strap the watch is worn on.

Inside is the Cartier 430 MC, which is based very closely on the hand-wound Piaget 430P, a great and well-known movement, offered now in a very affordable package. Comprised of 131 parts, including 18 jewels, it beats at 21,600vph and offers a reasonable power reserve of 43 hours. The movement is hidden away beneath a solid case back, which is in keeping with the vintage style of the watch and also helps to keep its thickness down. Arguably, what people will find most attractive about the new Cartier Drive Extra Flat in steel is the price. At just USD 5,600, it is a very accessible dress watch and is significantly less expensive than the precious gold versions. It’s also the most affordable watch powered by a manual-winding Piaget movement, which is certainly nothing to sneeze at. Due to hit stores later this year (around September), we expect this model will be quite popular. Note: Cartier also introduced a yellow gold version of this Drive de Cartier Extra Flat at the SIHH 2018. More details on cartier.com.