The Petrolhead Corner – In Conversation with Bruno Belamich, Co-Founder of Bell & Ross, On Design, Cars and Bollinger Motors

Today we bring you a Petrolhead Corner episode with a difference. Usually we stumble upon some interesting titbit of news or history and see if this is worth expanding on, and sharing with our readers in our weekly episodic column. This time around we act upon news that a watch manufacturer is engulfing in a partnership with a start-up car manufacturer. Bell & Ross recently announced a partnership with the US-based Bollinger Motors. We thought it would be interesting to ask Bruno Belamich, Creative Director and co-founder of Bell & Ross a few questions about his love for cars, how it connects to Bell & Ross and what the future might hold between the two companies. And while we’re at it, we’ll also talk all things design and cars. 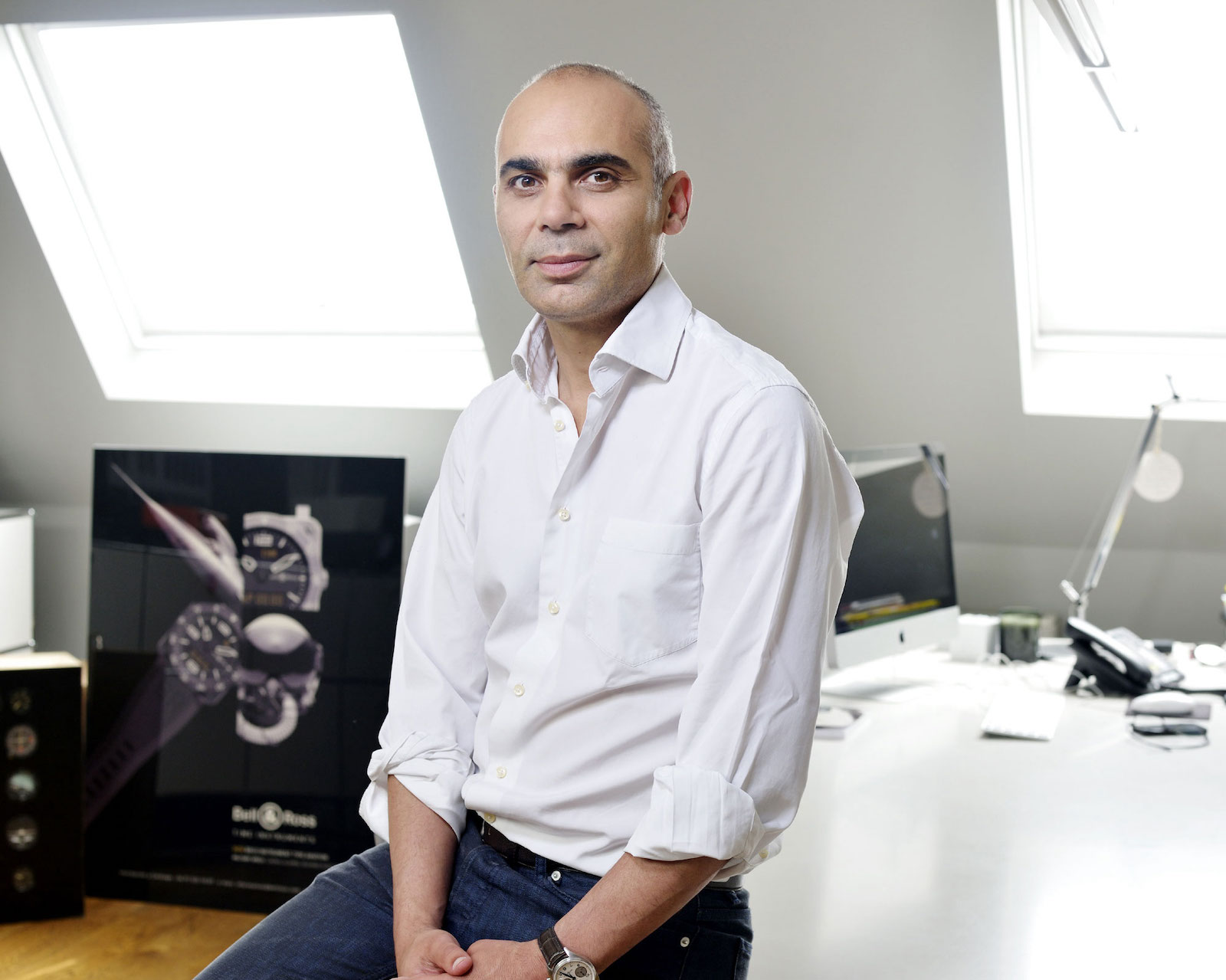 Bell & Ross is no stranger to the world of automotive design and partnerships. Of course, there’s a longstanding relationship with Renault F1, rebranded to Alpine Formula 1 for the 2021 season. This joint exercise has resulted in several new watches over the past couple of years, inspired by the colours of the French racing team, mostly in characteristic Renault yellow and black. The Bell & Ross x Renault F1 watches come in both the familiar squared case BR 03 range, as well as the round cased BR V series. 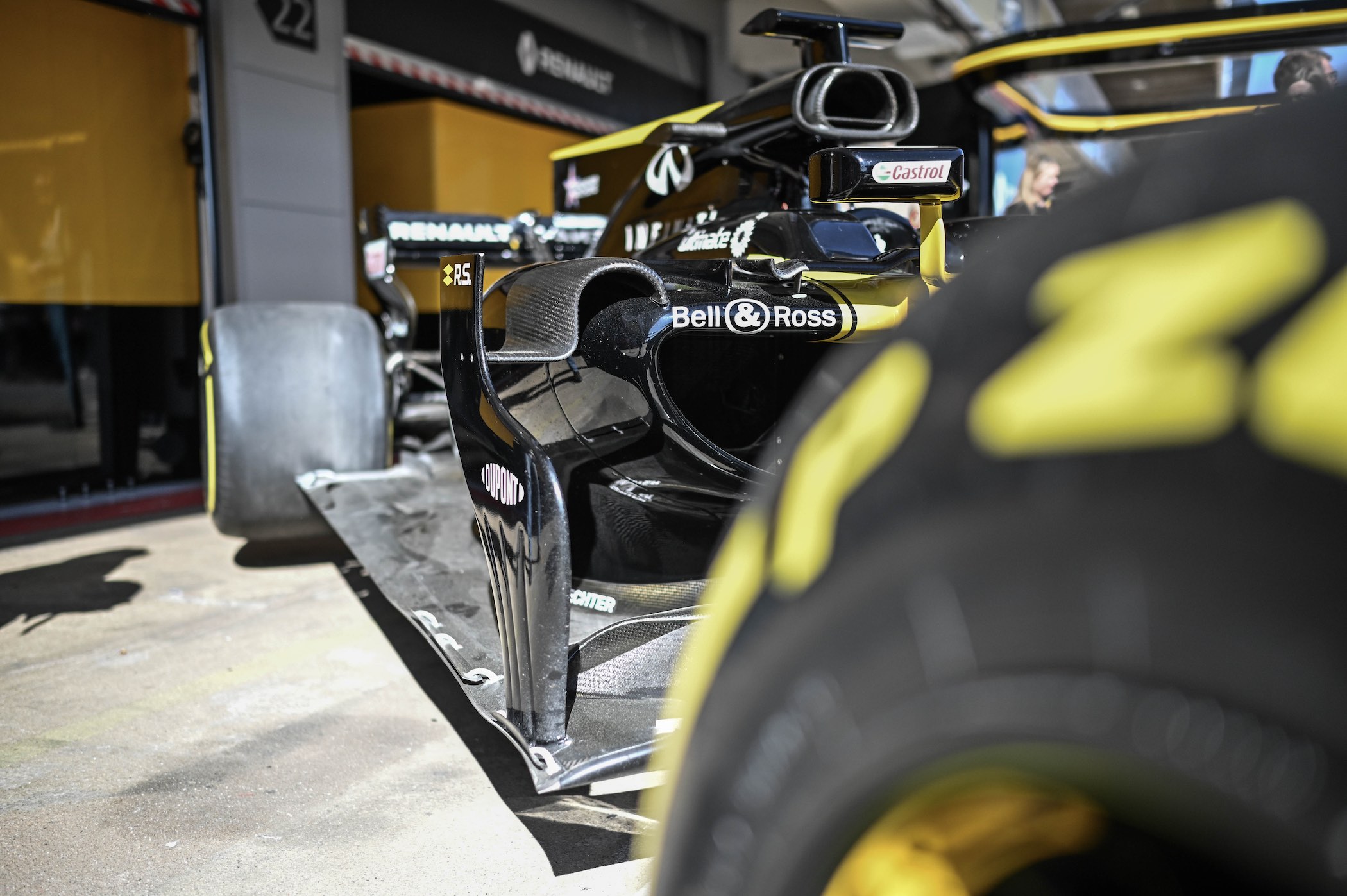 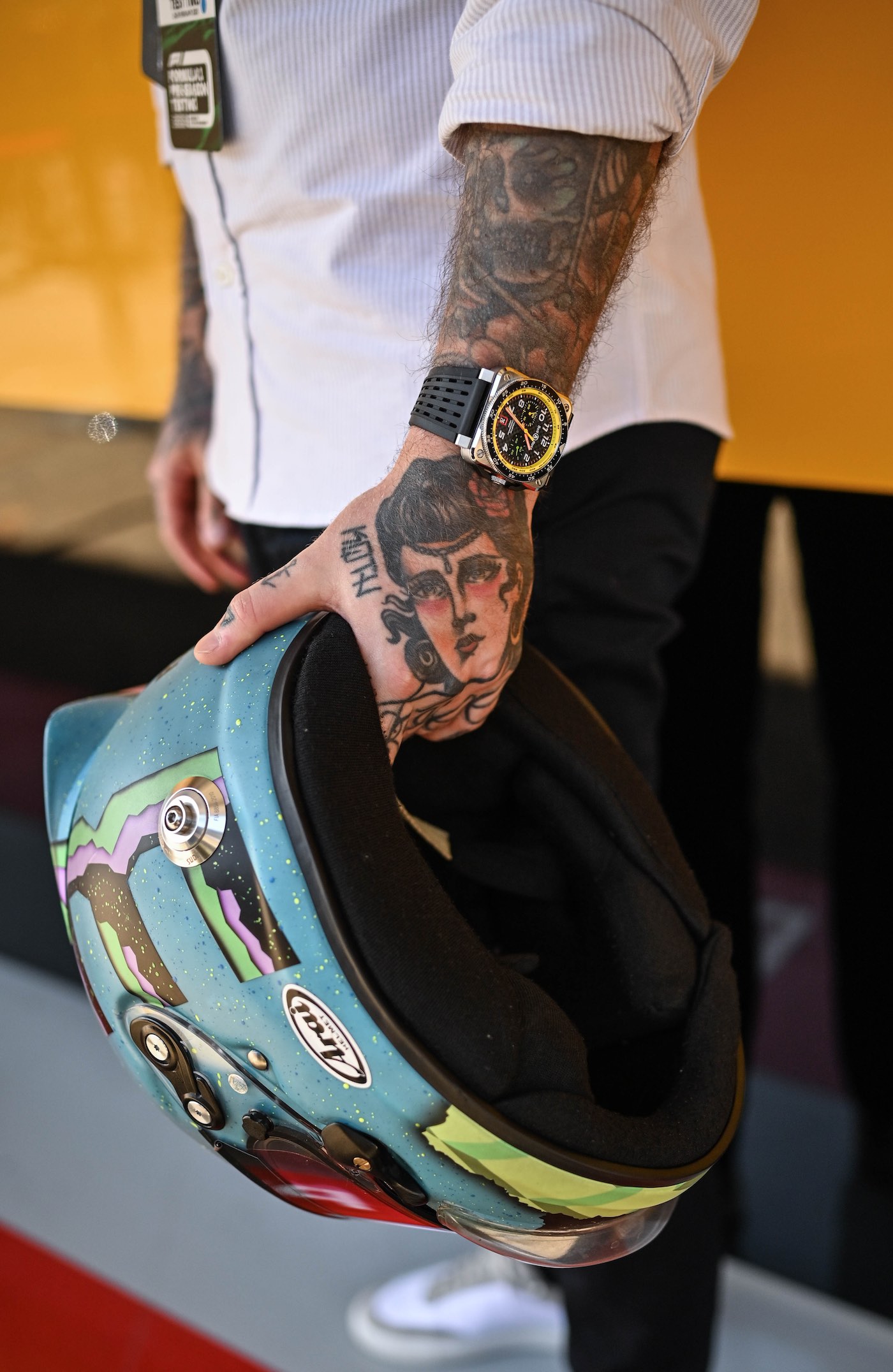 But Bell & Ross is also known for envisioning their take on transportation, whether it being a car, motorbike or even aeroplanes. It can be traced back to 2011 when Bell & Ross teamed up with Shaw Harley Davidson to create a unique motorbike. This was followed by the Bell & Ross designed B-Rocket bike in 2016, which served as inspiration for the Bell & Ross BR03-92 B-Rocket. Another example is the Bell & Ross Aero-GT and Aero-GT3 concept car that was developed (virtual) in conjunction with an automotive designer and remains true to the spirit of the Parisian brand. Coming full circle, a pair of watches were made, inspired by the 3D rendered car. 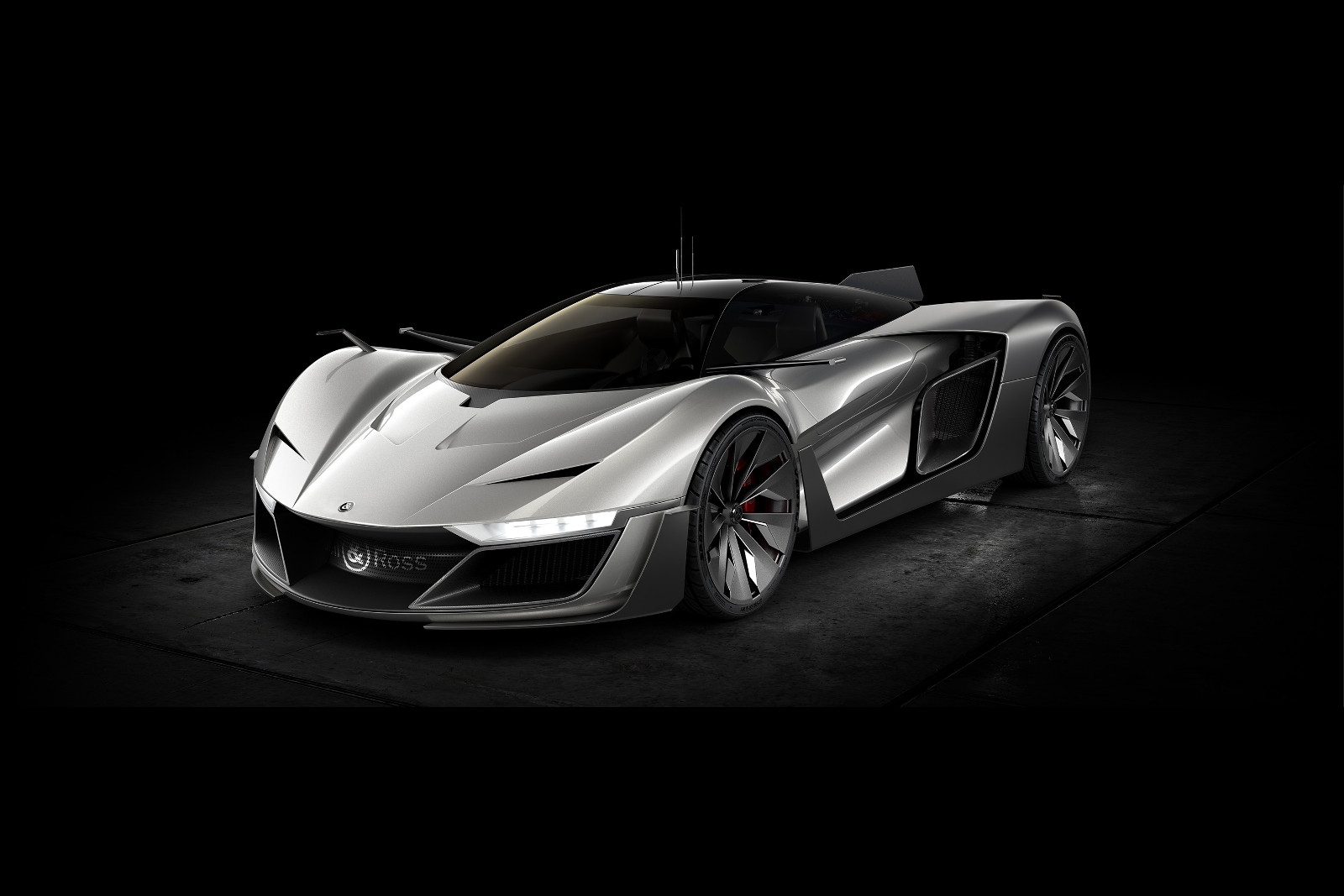 Moving onwards, Bell & Ross have now announced a new partnership with Bollinger Motors. Not going into too much detail, for now, this US-based start-up has been hard at work developing an all-electric, all-wheel drive, all-terrain vehicle. One of the benefits of the electric drivetrain is that you can discard conventional construction. On the outside, it might seem like a big, very boxy truck with a highly utilitarian look. On the inside though, is where the Bollinger trucks break with conventional trucks. For instance, putting all batteries and engines in the chassis opens up the (traditional) engine compartment which can be fully used as loading space. The result is a full-length pass-through from bumper to bumper, allowing you to carry abnormally long items. Based on this construction, multiple variants are possible, including versions for commercial use. The cars aren’t cheap, with prices starting around the 100k mark and time will tell how successful this start-up will be in the end. On paper, it seems like a highly capable alternative to the even more unconventional Tesla Cybertruck. More is explained in this video by CarWow. The video is from when the first Bollinger Prototype vehicles were presented and it shows all the elements that make this Land Rover Defender-esque styled vehicle such an unusual package.

Talking to Bruno Belamich, the “Bell” in Bell & Ross, about the partnership with Bollinger Motors, we asked him a couple of questions on his love for cars and what possibly lies ahead for both brands working together.

Robin Nooij, MONOCHROME – Bruno, we know you’re quite the car enthusiast, but for our readers’ enjoyment, could you explain a bit more about where that love comes from?

Bruno Belamich, Creative Director and co-founder of Bell & Ross – As you can imagine, I have always been interested by creation and product design. I have always been curious to know what is behind a new product and in the field of design, it is true that automotive as well as fashion or sports equipment are areas that are both innovative and inspiring. As far as the automobile is concerned, there are very important economic stakes. Behind it, there is a whole industry whose survival depends on the success or non-success of a new car. There is a lot of intelligence placed at the service of creation and innovation, so inevitably, as a designer and more particularly as a watch designer, I owe it to myself and I am lucky that it is quite natural for me to look at what is happening in all creative fields, whether it is in watchmaking but also and even more often in the automobile, fashion or architecture. 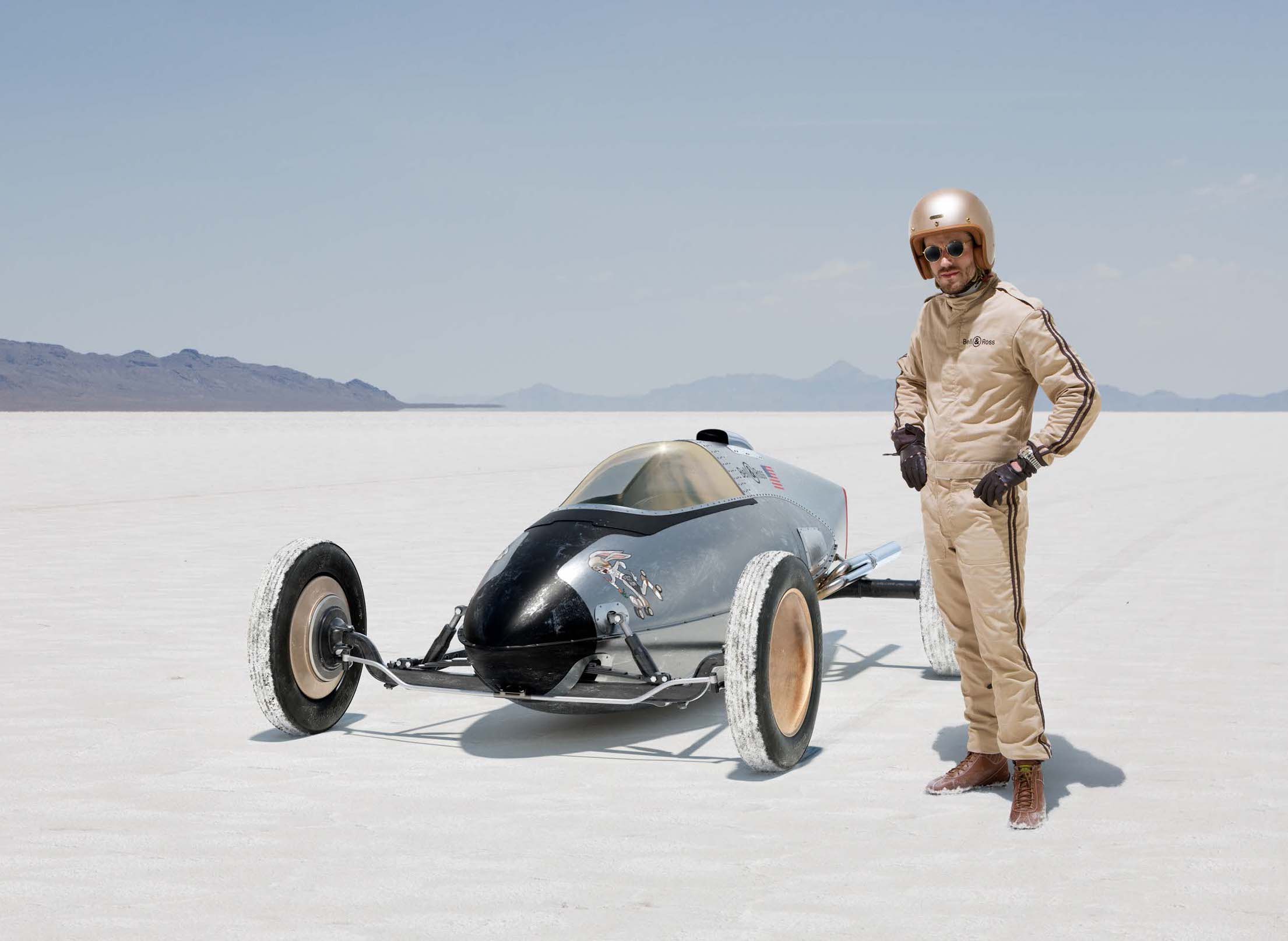 Talking about your love of cars, can you explain how it fits within the Bell & Ross brand?

There is a real connection between watchmaking and the automotive industry. In watchmaking, we talk about dressing and in the automobile field we talk about bodywork. A chassis envelops an engine, a case envelops a mechanism, but in both fields, there is the same desire to answer a function, the same attention to detail, shapes, materials, and ergonomics. Both sectors must also consider the same criteria of obsolescence or not. The question is how the product will evolve, how it ages or overcomes the trends and the wear and tear of time.

You have done automotive partnerships and concept art in collaborations before, what do you look for in such projects?

We have collaborated with several brands in the automotive sector. We have collaborated with Peugeot, Renault, which are essentially French brands for obvious reasons of proximity. This can be explained by my past as a student designer, which gave me the chance to meet students who became very good car designers at the time. Among my former classmates, there are those who went into the decoration sector, those who went into fashion and those who made a career in the automobile industry. We kept close contacts and so I had the chance, the opportunity to work on car interiors especially on dashboards, finally what is called handsets for the Peugeot brand on concept cars and even on a production car (the 908 RC and the 308 RCZ). On one of these projects, we had worked on the entire handset but also on a jumping hour watch that was integrated into the dashboard. 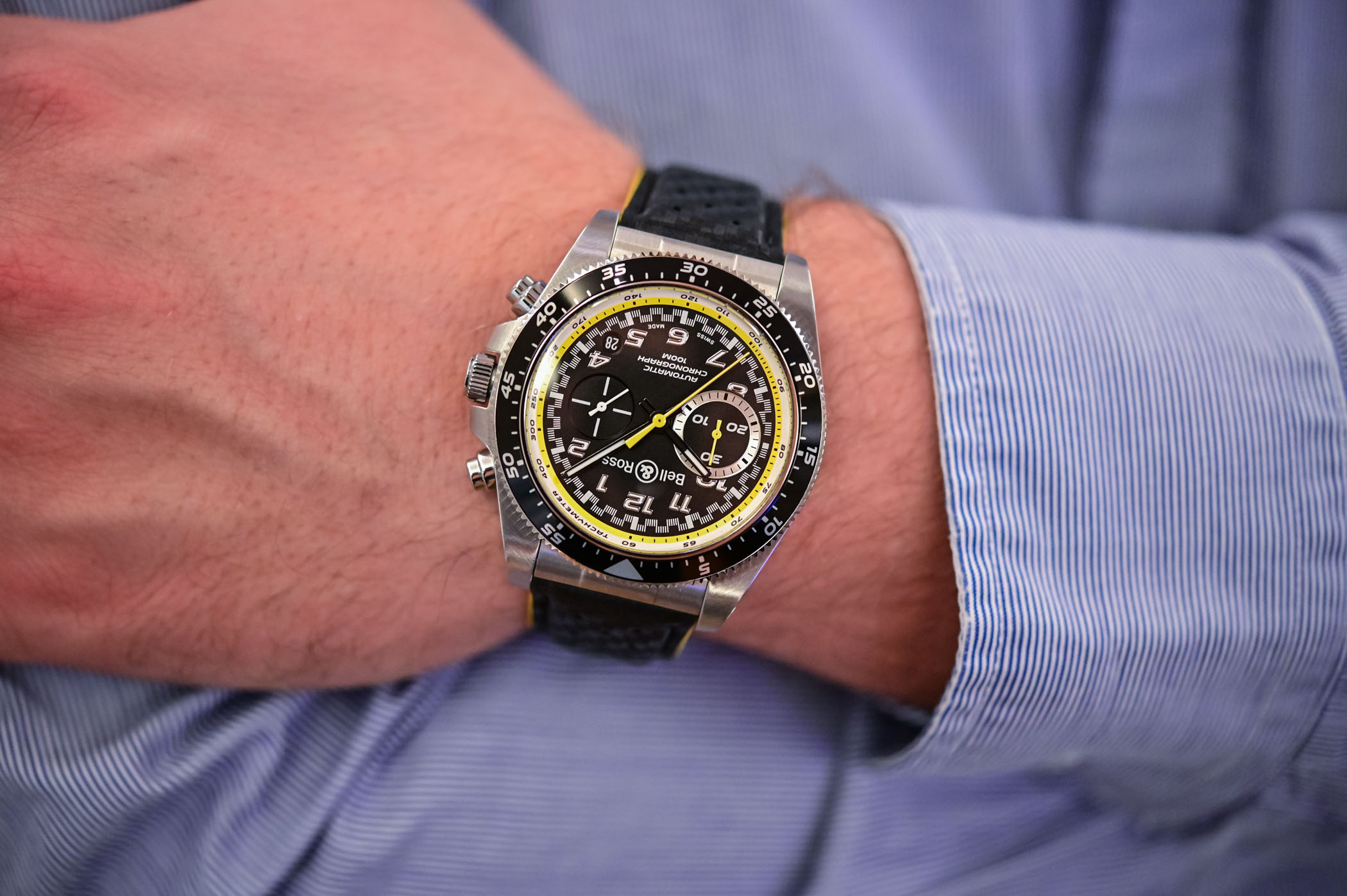 Furthermore, for us, F1 is also a huge source of inspiration both for the high-tech side, for the materials as well as for the design and style. That is why since 2016 we have been presenting every year between 3 and 4 more or less sophisticated new watches in different price segments that are inspired by and use the same materials and design techniques found in Formula 1. It is these criteria of resistance, lightness, precision, and shape that we are looking for and that inspire our collections.

Your latest project is with Bollinger, a new company developing an all-electric versatile off-road truck. How did that come about? Where did you find each other?

I came across this brand by chance while surfing on internet or social networks and a kind of evidence immediately appeared to me. It immediately jumped out of my mind because there is a similarity between the design of this car and the design of our watches. A brutalist and minimalist design, so we thought it was interesting to contact them and see what we could do together. And then when we sent them the design of our watches, the evidence was immediately shared. So we exchanged and we decided to first co-create content and co-communicate it to our respective communities. 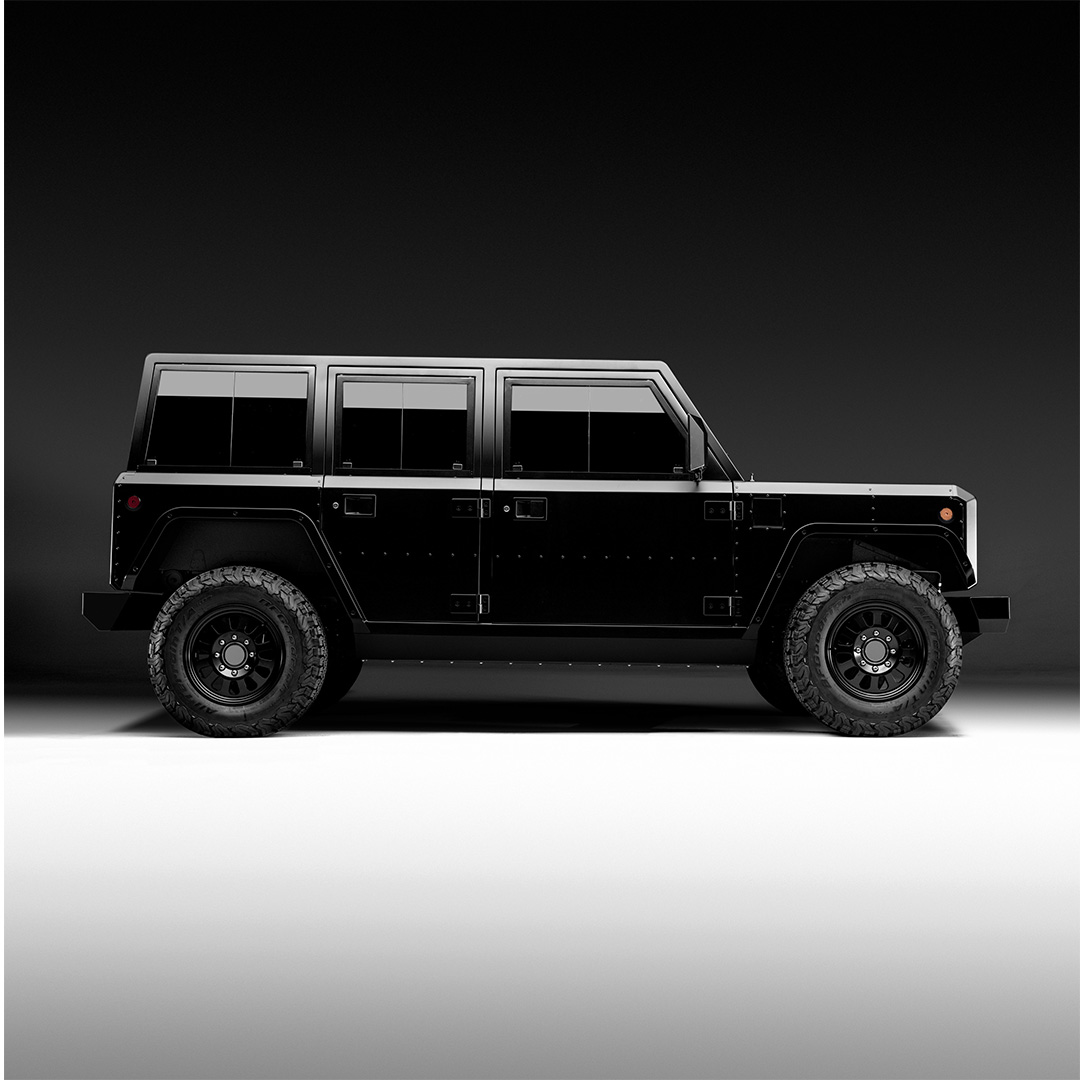 There is no B&R x Bollinger watch just yet, what exactly can we expect from this partnership in the foreseeable future?

It is an idea we immediately thought of but as you can imagine a project takes time. We have to think together and in watchmaking, between the moment we have the idea and the moment we launch the watch, it can take several years, so the future will tell us if this friendly relationship will give birth to a beautiful watchmaking project. What would be next for Bell & Ross in automotive collaborations, what is your dream to one day be able to do with or through Bell & Ross?

We have not only collaborated with brands, but we have also created our own cars. The Aero GT. It was a child’s dream and in 2016 we worked with an automotive designer to give birth to what would be the Bell & Ross car. Finally, a virtual birth! We designed the Aero GT and the two watches that go with it, which have the same DNA. I do not know any other watch brand that has gone so far in the declination of its design and identity. We designed a car, two motorbikes, a Belly tank, an aeroplane. We have declined our identity through different machines, and it is very good exercise. For a watch designer like me to be able to practice, to stimulate his creativity, to challenge himself on other products can only benefit my field of activity. I do not claim to revolutionize the world of watchmaking, so like a musician who plays/composes with his own repertoire, I compose with a whole watchmaking history and to innovate, I draw inspiration from different worlds (automotive, decoration fashion). Finally, the world that inspires me the less is certainly the world of watchmaking. I do not look at the competition very much, I am mainly inspired by the other most innovative fields such as brands like Nike.

Fundamentally, I love sports cars but also all cars that represent a form of freedom and escape. We created a virtual car, so my dream would be one day to create a real one. 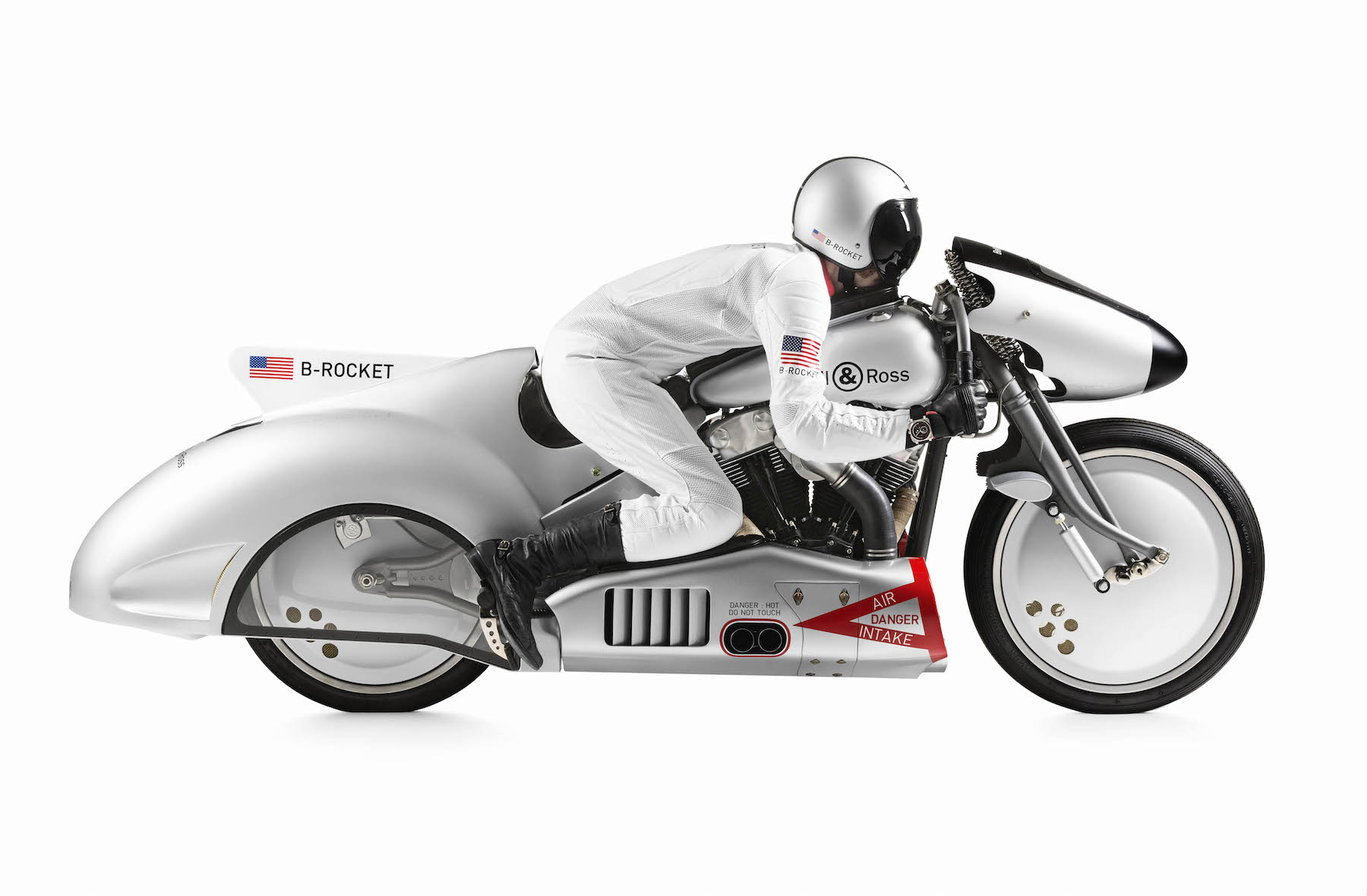 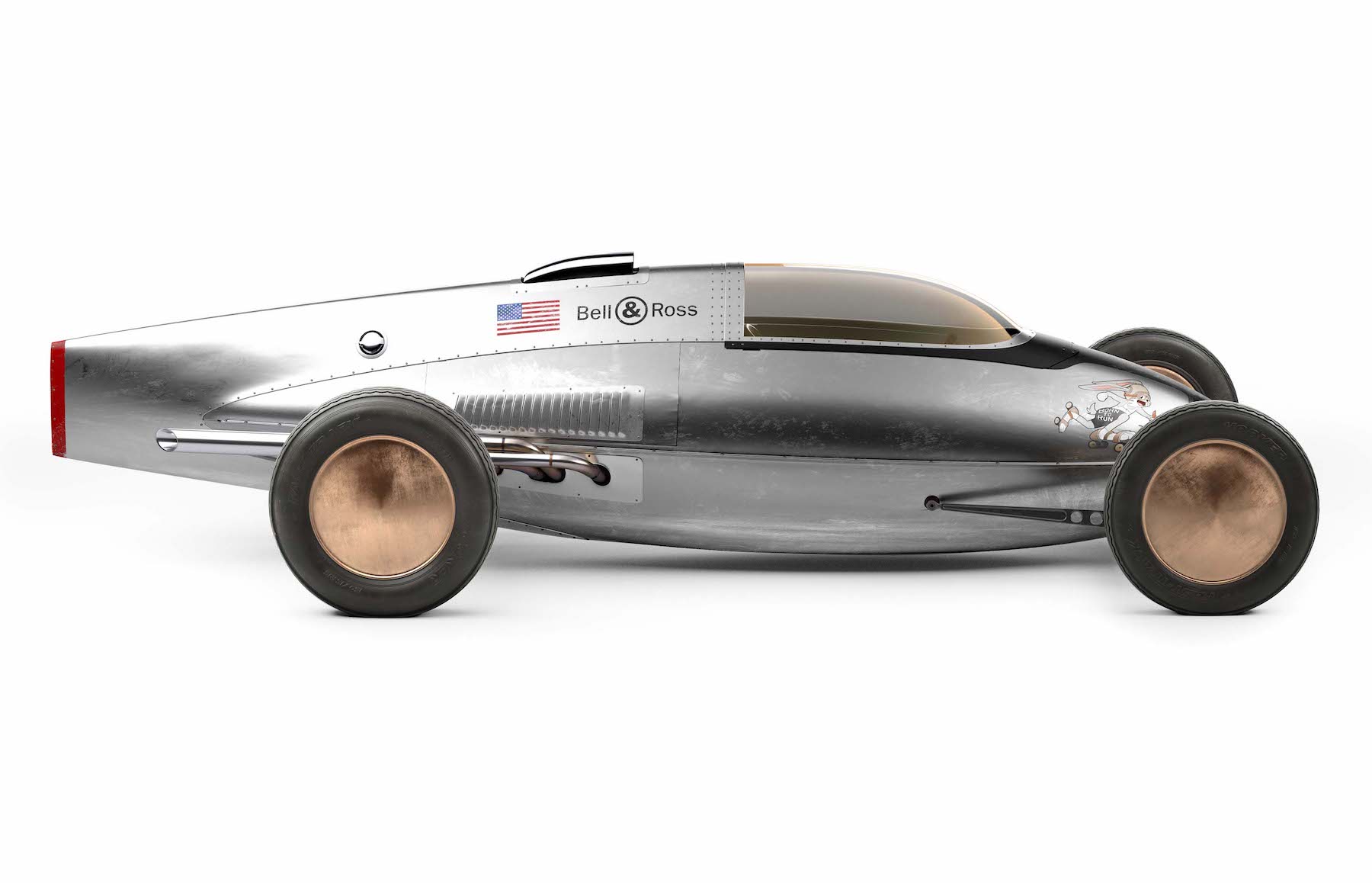 More information can be found on Bollinger Motors and Bell & Ross.