Start Bloggers Corner The Petrolhead Corner – An Ode to the McLaren F1 – And...

This will create a debate, no doubt about that… Every “petrolhead” will have his own opinion to the question: “What is the ultimate modern supercar?” There are multiple names that could be quoted here, such as the Ferrari F40, the Countach, the Veyron and many more of them that have a special place in the heart of car aficionados. Still, there’s one car that can, objectively, be placed on top of the list. An over-engineered machine, designed by a genius/nerd (choose the most suitable) named Gordon Murray, a car that was meant to be on bedroom walls, a rare, fast car, with true motorsport DNA… The all-mighty, soon-to-be-legendary (well, it is already) and fascinating McLaren F1.

Back in the early 1980s, you had a choice of three posters to tape on your bedroom wall: Jennifer Beals in Flashdance, the outrageous Ferrari Testarossa or the even more outrageous Lamborghini Countach. Fat tyres, wide read-ends, useless but oh-so-cool wings… And then came the F40, THE definitive race-inspired road-car. Fast, focused, without a single piece of equipment… A new automotive era. This was 1987 and it would remain the benchmark for the coming five years. In 1992, a brand named McLaren Automotive, which had not yet built a single road car presented its F1 – and shocked the industry and car enthusiasts. 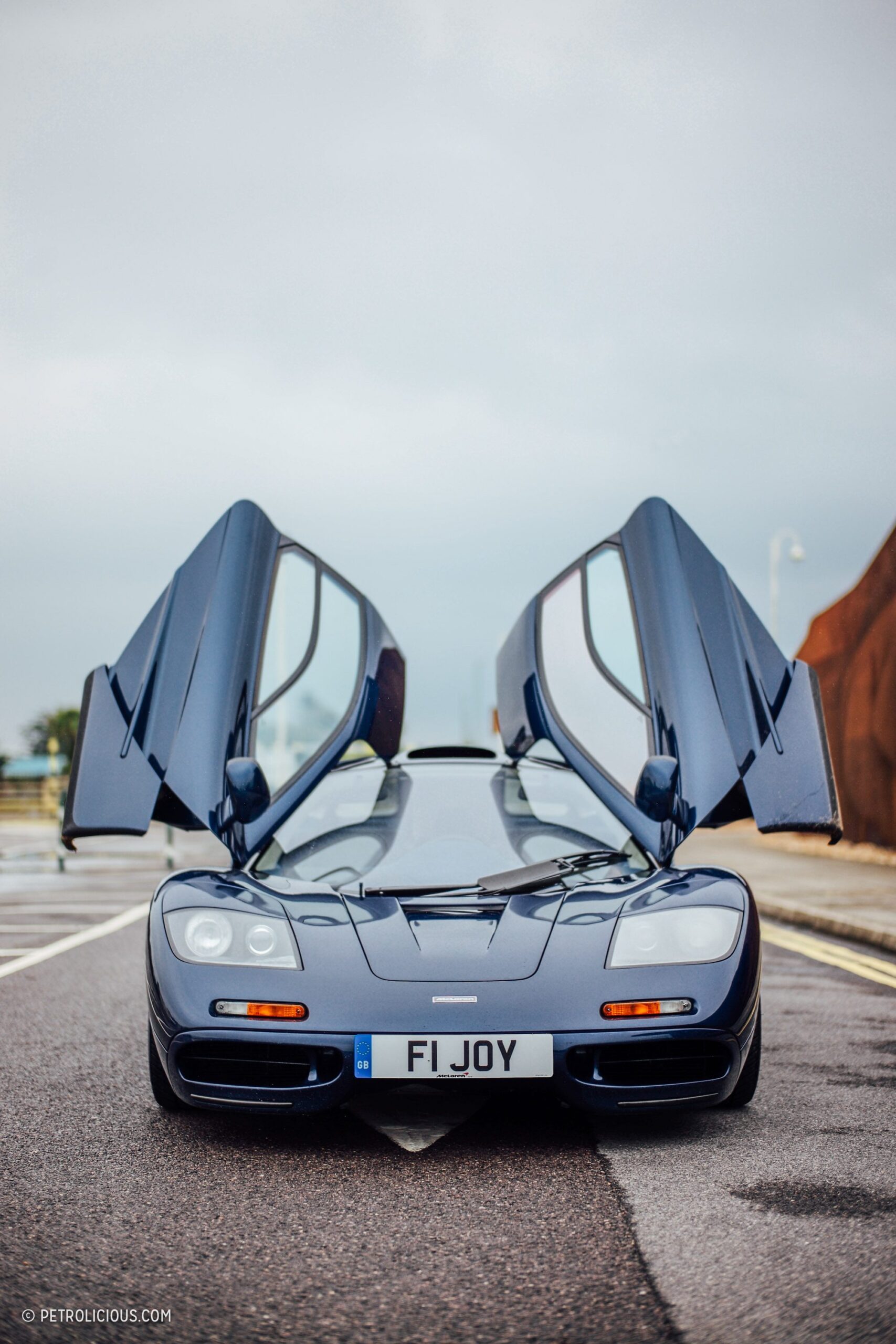 Numbers don’t lie… 620hp from BMW V12 (naturally aspirated, of course), tuned by Motorsport, used on track, a top speed of 386kph, an insane acceleration, a noise (music) that felt truly natural and not tuned to make it sound good… They were and still are impressive facts. But this car isn’t all about facts and figures, there’s a lot more to it that can explain its current status. If the Ferrari 250 GTO is objectively the most sought-after of all cars, the McLaren F1 is its modern counterpart. And here’s why.

Because it was over-engineered… but still fascinating

When it was resurrected in 2011, McLaren introduced a car named the MP4-12C. A car that was handled well on corners, fast in straight lines but simply devoid of passion. Not only the name was dull, but so was the drive. Since then, the brand corrected that and is now entirely capable of competing with the Italians… But back in 2011, it was the perfect demonstration of over-over-engineering.

The McLaren F1 is the brainchild of a man named Gordon Murray. A genius to some, a nerd for others, a collector of weird shirts too, but to all, one of the greatest car engineers of his times. A quarter of a century after its introduction, Gordon explains how he created the car. It was technical, could have been cold as an ice-cube, and if there was no doubt on his capacity to make one of the fastest cars of its days, there were doubts on his ability to create emotions… So wrong!

Hear Gordon Murray giving a unique insight into what it took to create this icon of engineering… Thanks to classicdriver here. (And yes, we did warn you about the shirt.)

Supercars are not only about performances and numbers. They are attractive also because they break the rules, they push the limits of what a car is… This is one of the reasons why the Countach and the Diablo were so popular – maybe not in terms of sales, but clearly when it came to how many sparkles it created in teenagers’ eyes. The McLaren F1 is maybe less demonstrative at first, with its sleek body and absence of wings and spoilers. Still, it packs multiple details to make it a dream machine. 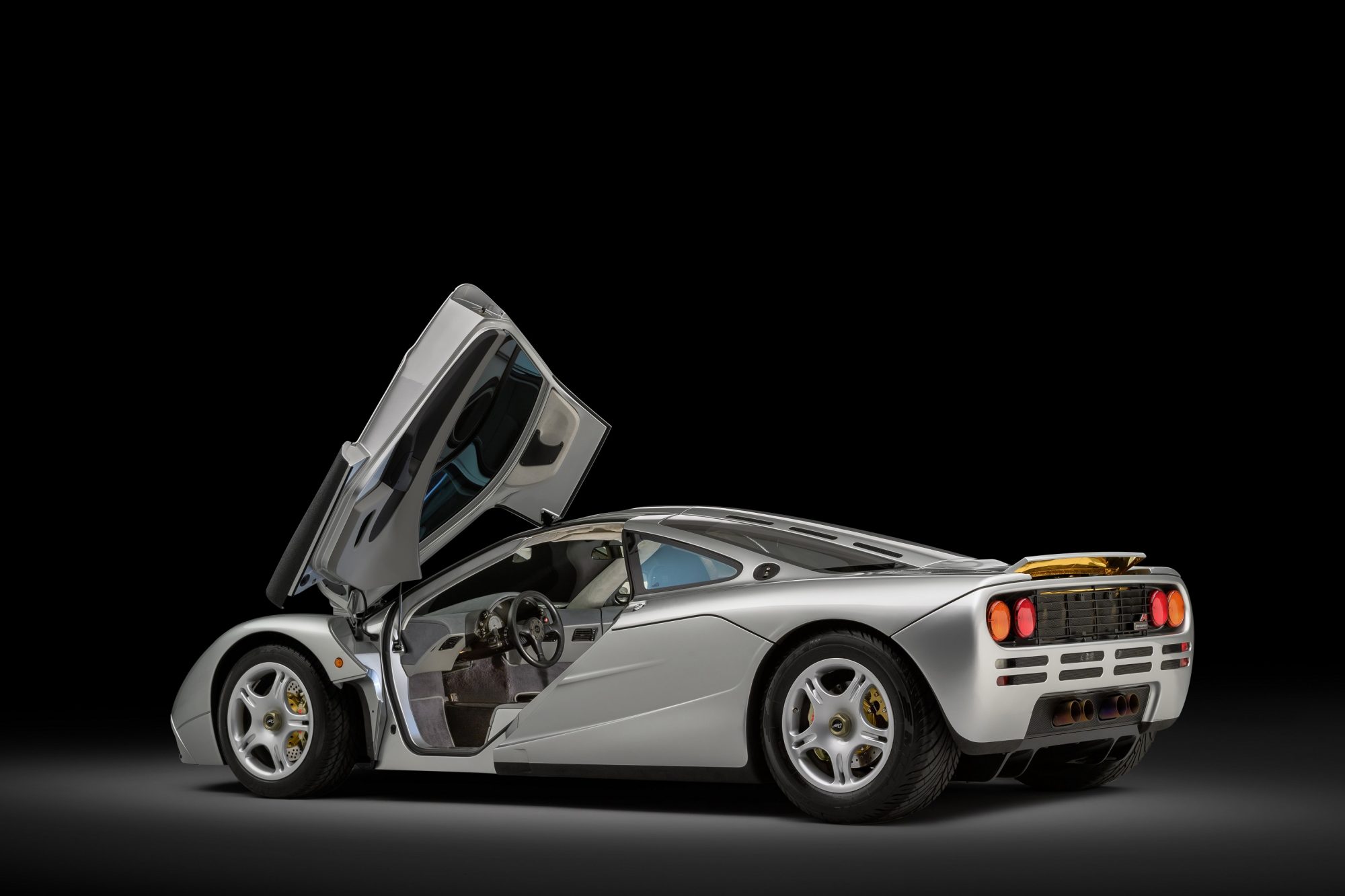 There are those Dihedral (butterfly) doors, that once opened, make the car look mad… Like, really mad. Then there’s the gold-wrapped engine-bay. Gold in a car, you ask? Was it created for a rich prince? Please, we’re talking about Murray here, so gold was added with an objective in mind, since it is the best and lightest heat shield the engineers could find to isolate the exhaust compartment. And finally, there’s the 3-seat configuration, with the pilot in the centre. Was it another designer’s extravaganza? Once again, no, because it provided driver visibility superior to that of a conventional seating layout. But even though most of these features were mostly driven by the need for performance and efficiency, they resulted in a car that felt unique and oh-so-desirable. 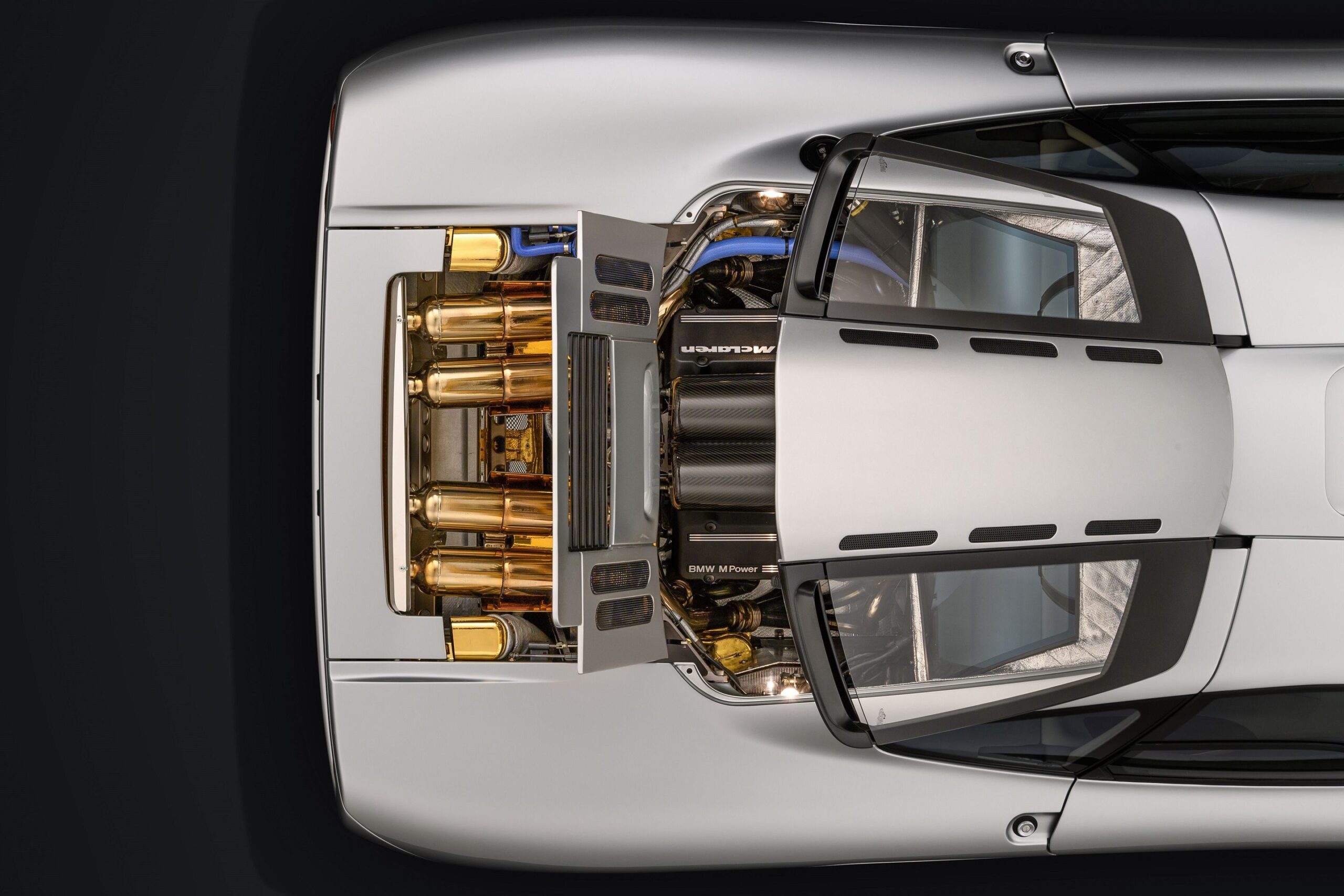 If you want to know what we mean by that, check out these superb studio photos of the stunning F1 that McLaren Special Operations has restored, here at petrolicious.com.

Because it was built to be driven…

You could arguably think that most of the McLaren F1 are now kept in Carrara-marble-wrapped storage areas, only started once a year to charge the batteries and to be driven for a Concorso or a members’ meeting… Sadly, this is true for a large part of these cars. But, there are some examples that are, still today, driven as they should. While an F40 was a dangerous animal on the road, a turbocharged beast that only a handful of knowledgeable drivers can tame, the McLaren F1 was almost docile – relatively speaking, that is. It was meant to be driven as a normal car and there are testimonies of owners using them almost as a daily drive… back in the 1990s. 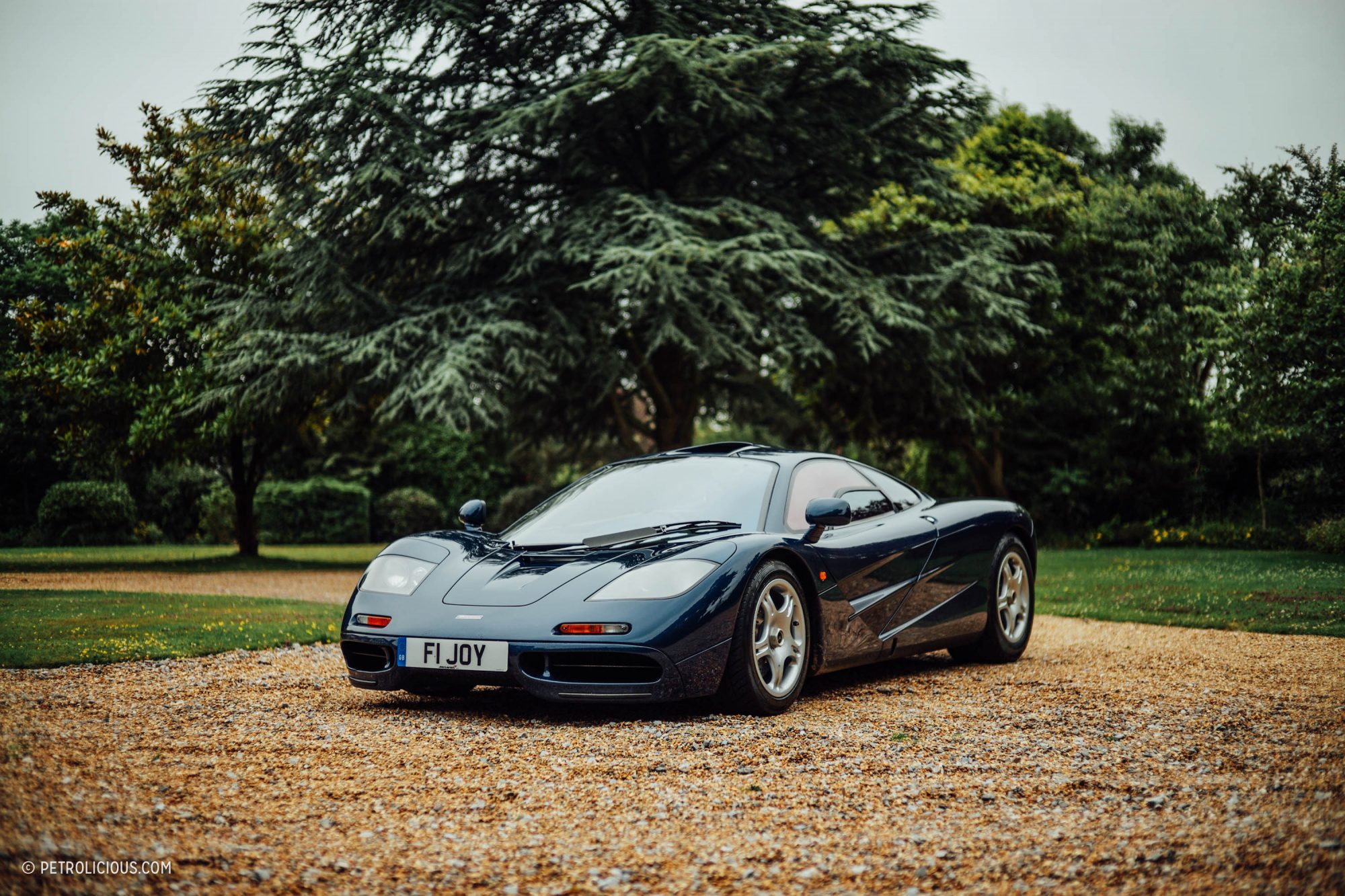 As our colleague Ted Gushue said: “the thought of having access to a McLaren F1 and not taking full advantage of it every single day is enough to send shivers down my spine.” In his article/owner’s interview, he presents us an example with about 42,000 miles on the clock and the required patina on the seats and steering wheel. Perfectly maintained of course, but with (desirable) signs of age. And the fact that some owners are still passionate enough to treat these cars as they should is somehow reassuring.

More on what it is to own and drive a Mclaren F1, here at petrolicious.com.

And above, a video test of that very same car, driven by the talented Henry Catchpole, from the serious and highly knowledgeable Evo UK magazine. Turn the sound up!

And this results in insane prices at auctions

There is, unfortunately, another side to the coin and these cars are now becoming more of investment vehicles rather than just vehicles. With only 106 cars built in multiple editions (64 road models plus the LM, GTR, Longtail, road-converted race cars), the McLaren F1 is one of the rarest of its kind. If you combine that with its superior qualities on the road, you end up with a car that is posed to become the modern equivalent of the 250 GTO – here, I quote one of my relatives who’s involved in this market for rare cars. Experts are unanimous on the fact that this isn’t the end for the McLaren F1 and prices will continue to rise. 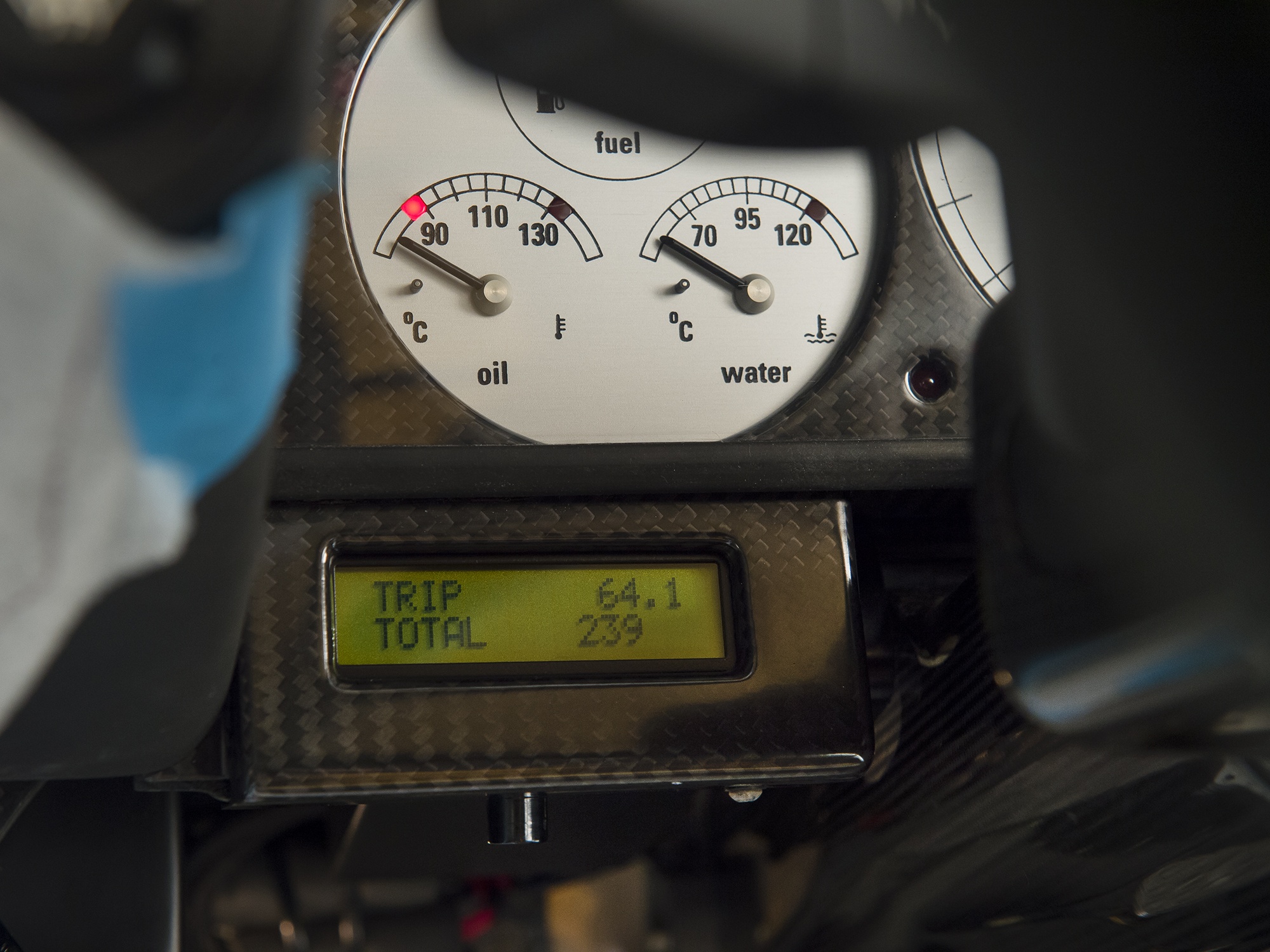 Recent examples include a McLaren F1 ‘LM specification’ sold by RM Sotheby’s just shy of $20M, as explained by classicdiver.com. In 2017, there was this (very sad) story of a delivery-mileage McLaren F1 offered for sale – I mean, how terrible it is to own such a car and not once taking it for a spin? It was delivered with its factory protective wrapping, maintained in a climate-controlled building, and complete with all its factory-delivered accessories (including a TAG Heuer watch). Rumours suggest that the car was listed and sold for £20 million – as explained by Drivetribe.com – and my guess is that today, it still retains the same low numbers on its dashboard (239km or 149mi on the clock)… Sorry, but that almost makes me want to cry.