Most people over the weekend were watching Wimbledon for the Men’s and Women’s championship matches in addition to the 2019 Cricket World Cup. The 2019 Formula One British Grand Prix at Silverstone was slightly overshadowed by these two events. But for those who watched it, Daniel Craig, who plays James Bond and is currently filming parts of the upcoming “Bond 25” film, was in attendance for the race won by English driver Lewis Hamilton. And he had something special on the wrist.

What caught my eye was the Omega timepiece on Daniel Craig’s wrist. Yes, I know the brand is the official watch of 007, but Craig was wearing Omega before he was cast as the sixth James Bond, so he was a fan of the brand beforehand. This 2004 photograph shows him wearing a Speedmaster Automatic: 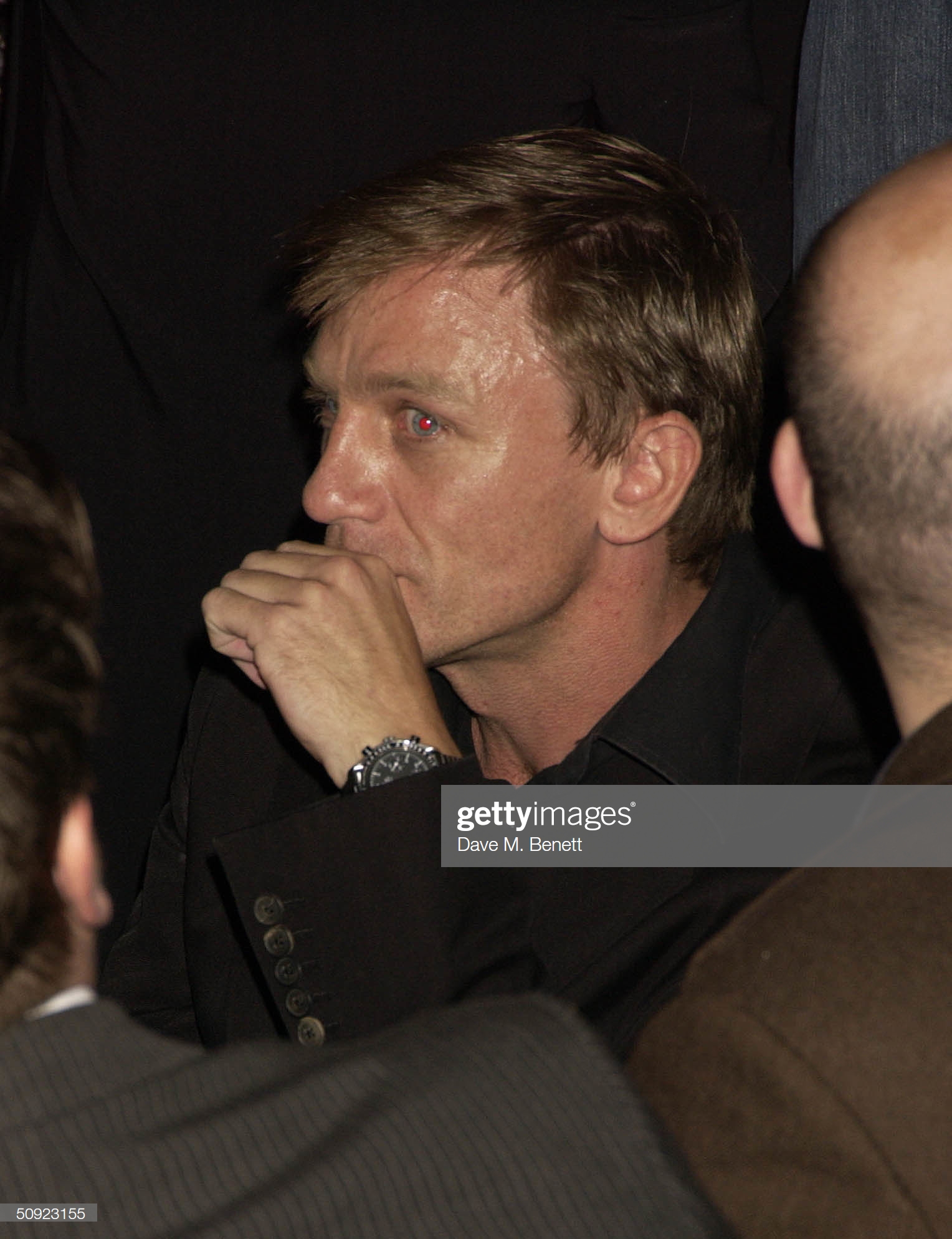 Craig was photographed touring the circuit and the Aston Martin Red Bull Racing team’s facilities by team principal Christian Horner. “007” logo decals could be seen on both of the Red Bull cars, as part of the advertising for the upcoming film. 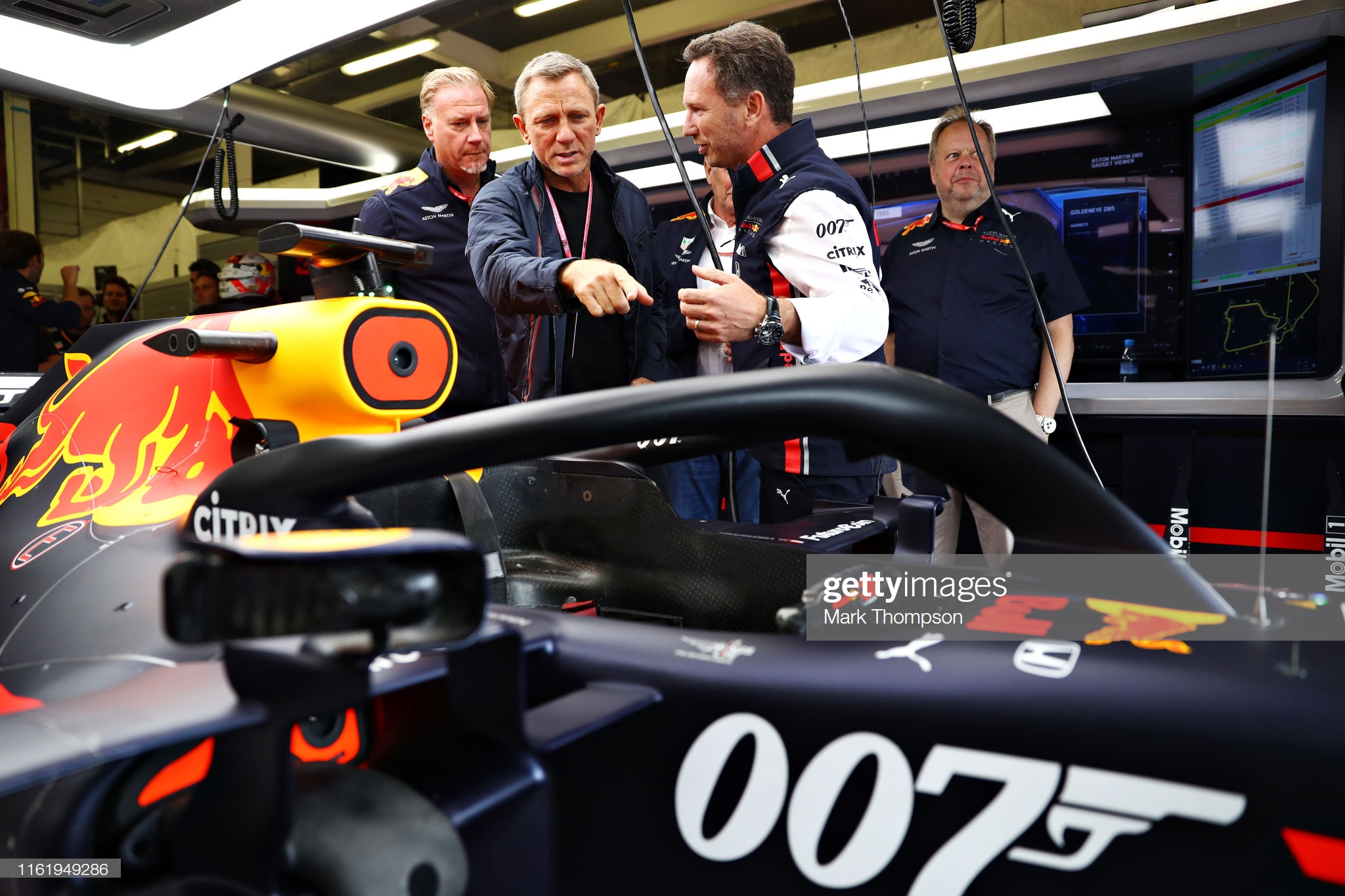 What watch was Craig wearing? Not the usual Seamaster diver or Speedmaster but a Seamaster Bullhead Chronograph! Why is the watch nicknamed Bullhead? Because the crown and the pushers are at the 12 o’clock position on the case, which resembles the head and horns of a bull.

Craig was sporting the reference 225.12.43.50.01.001, which has a 43mm steel case with a black dial and red accents and is self-winding. In addition to the chronograph, it has a bi-directional bezel 12-hour bezel which is turned via the crown at the 6 o’clock position.

Perfectly fitting for a Formula One race! 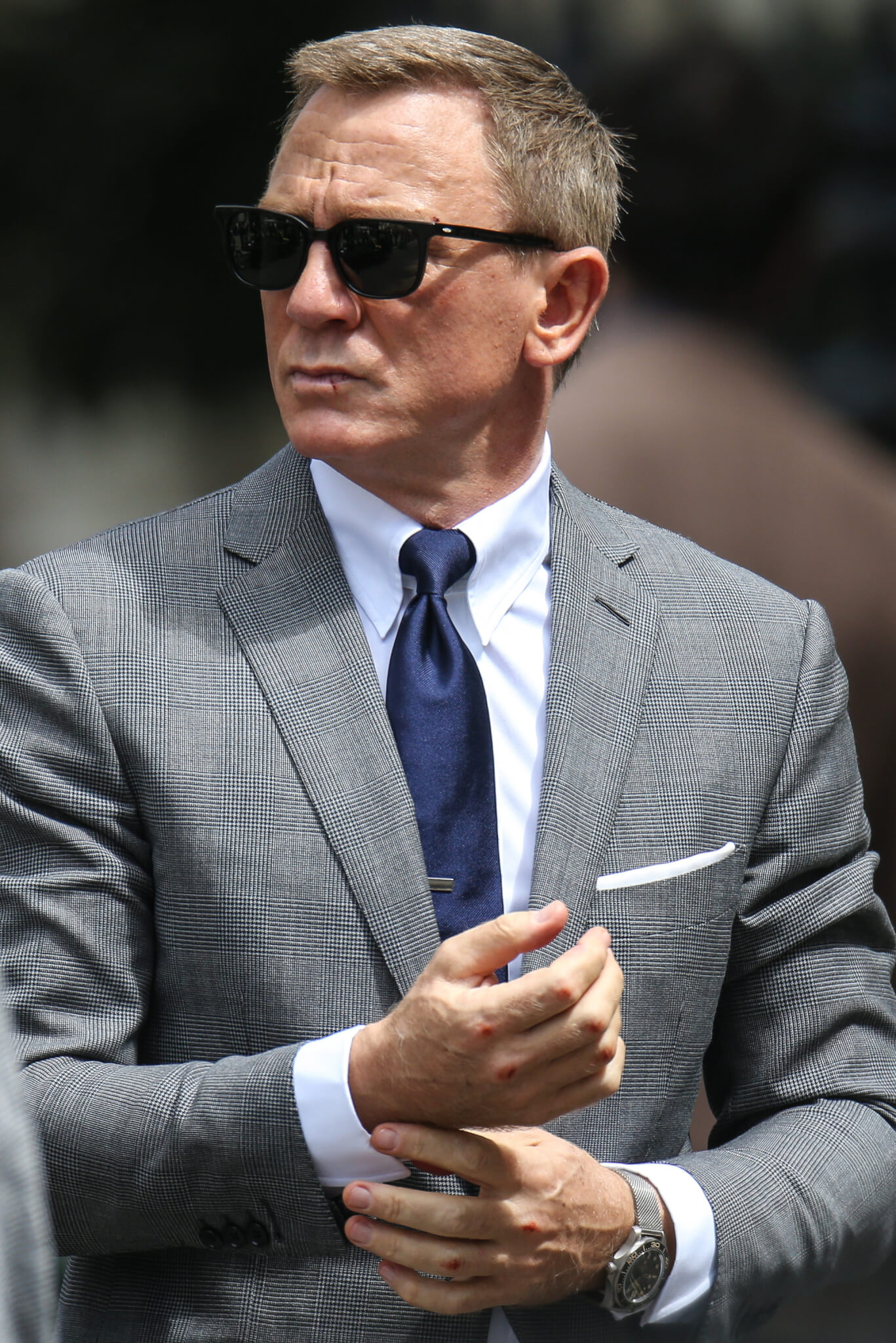 Craig as Bond spotted on “Bond 25” shooting, while wearing an unseen Omega Seamaster 300 on mesh bracelet – photo by Splash News

P.S While filming “Bond 25”, James Bond has been sporting a special Omega Seamaster 300 Diver, which looks to be a piece created especially for the film. It has a mesh bracelet, beige accents and what looks to be a special marking on the dial.