In just 10 days, the concept of suborbital spaceflights for space tourists (something of a sci-fi dream 20 years ago) made a tremendous jump forward. In fact, it became real, with Richard Branson’s Virgin Galactic and Jeff Bezos’ Blue Origin successfully completing their manned test flights respectively on July 11th and July 20th, 2021. The latter, with onboard Jeff Bezos, his brother Mark Bezos, Wally Funk, and Oliver Daemen, happened to be a complete success marking a new step in this race for space tourism. And as our regular “watch spotter” Nick Gould showed on his Instagram account, there were some cool watches involved in this historic flight. And unsurprisingly, we’re talking Omega Speedmaster Moonwatch, a.k.a the most appropriate watch to travel into space.

Space exploration was a concept previously reserved for governmental agencies only. But now, with Branson’s and Bezos’ ventures, flying into space, even for a short period of time, becomes something of a reality… even though not yet something of a wide audience reality. Yesterday, July 20th, 2021, mission Blue Origin NS-16, the sixteenth flight of the company’s New Shepard integrated launch vehicle and spacecraft, achieved its goal of bringing 4 crew members into space, becoming the privately-owned company’s first crewed flight, thus opening the door to what’s now known as space tourism. Onboard was American billionaire and Blue Origin founder Jeff Bezos, his brother Mark Bezos, Dutch student Oliver Daemen and former NASA pilot and Mercury 13 candidate Wally Funk. Funny enough, the first is the youngest person to travel into space, and the latter became the oldest person to go to space. 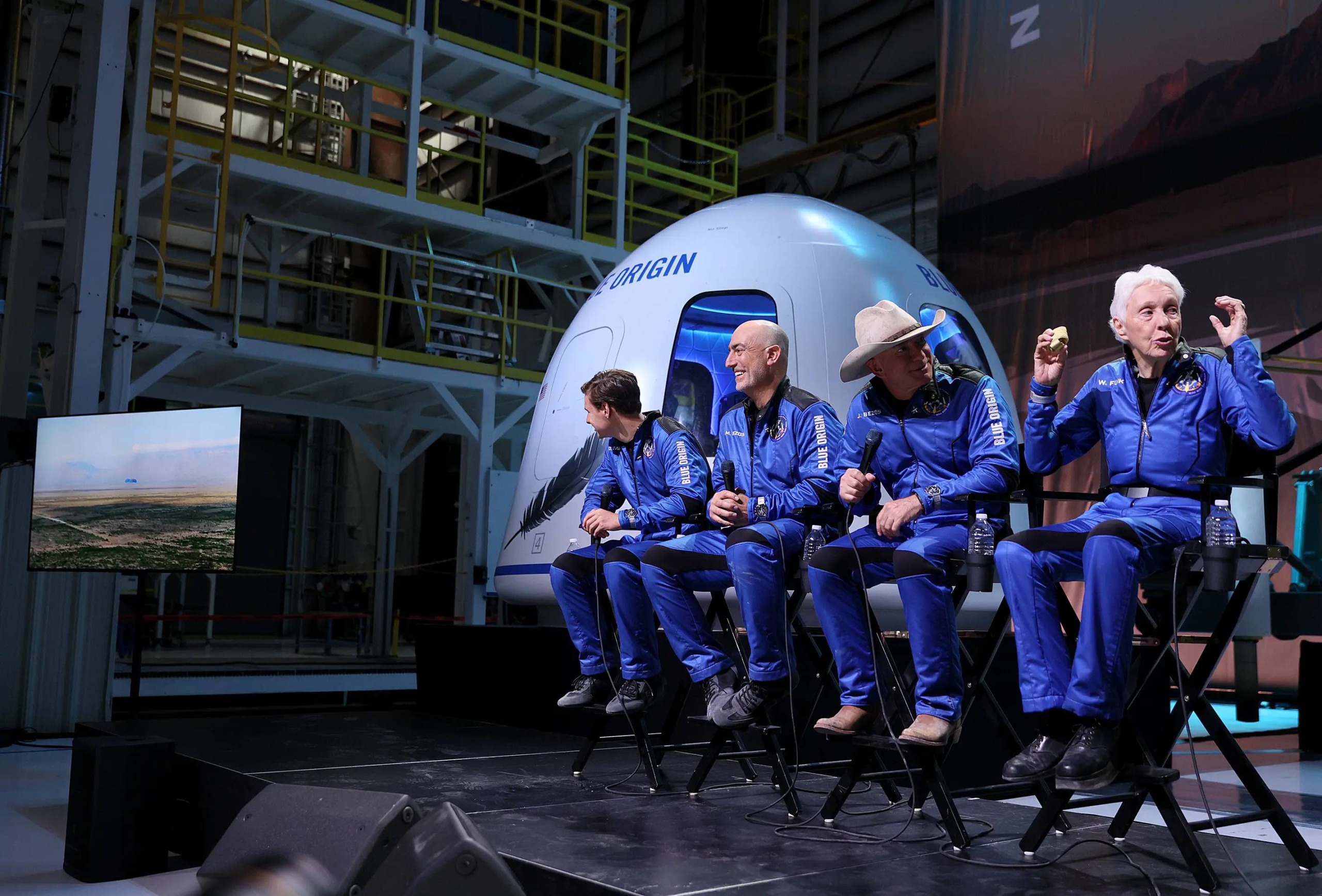 But now, apart from the great achievement itself, there’s something more to discover, something that has to do with the editorial line of your magazine… watches, of course. And what better watch than a Speedmaster to go to space…? All 4 crew members were indeed spotted wearing the famous space-related chronograph, also known as the Moonwatch – which coincidentally yesterday celebrated the 52nd anniversary of the Moon Landing. Also, this isn’t completely a surprise to see Bezos wearing a Speedmaster, as he’s been spotted wearing his own model on multiple occasions. 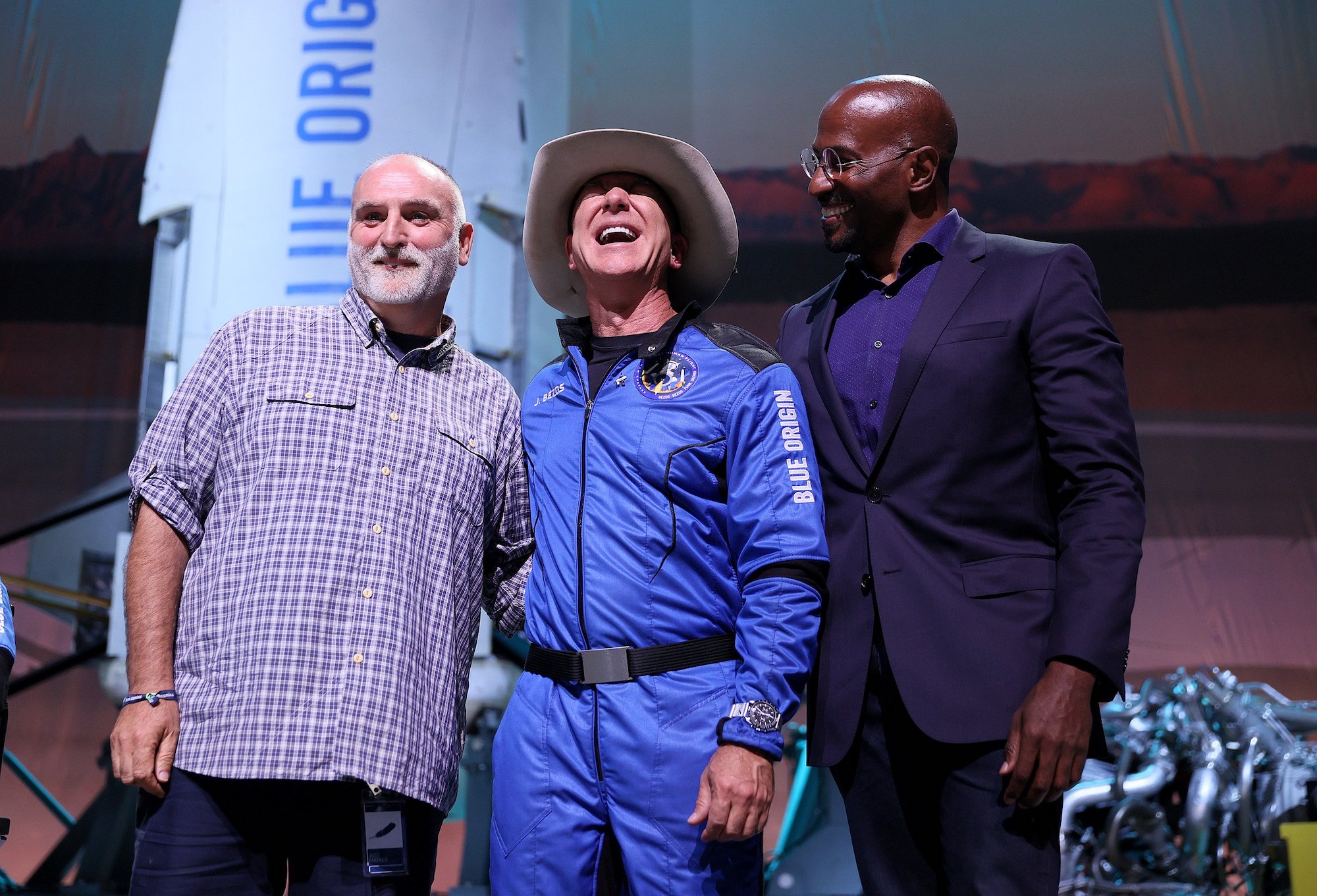 The watches in question were customized versions of the new Speedmaster Moonwatch Master Chronometer with calibre 3861, which according to Hodinkee “had casebacks engraved with the wearer’s name, the flight number, and the feather insignia of Blue Origin” and were donated by Omega. 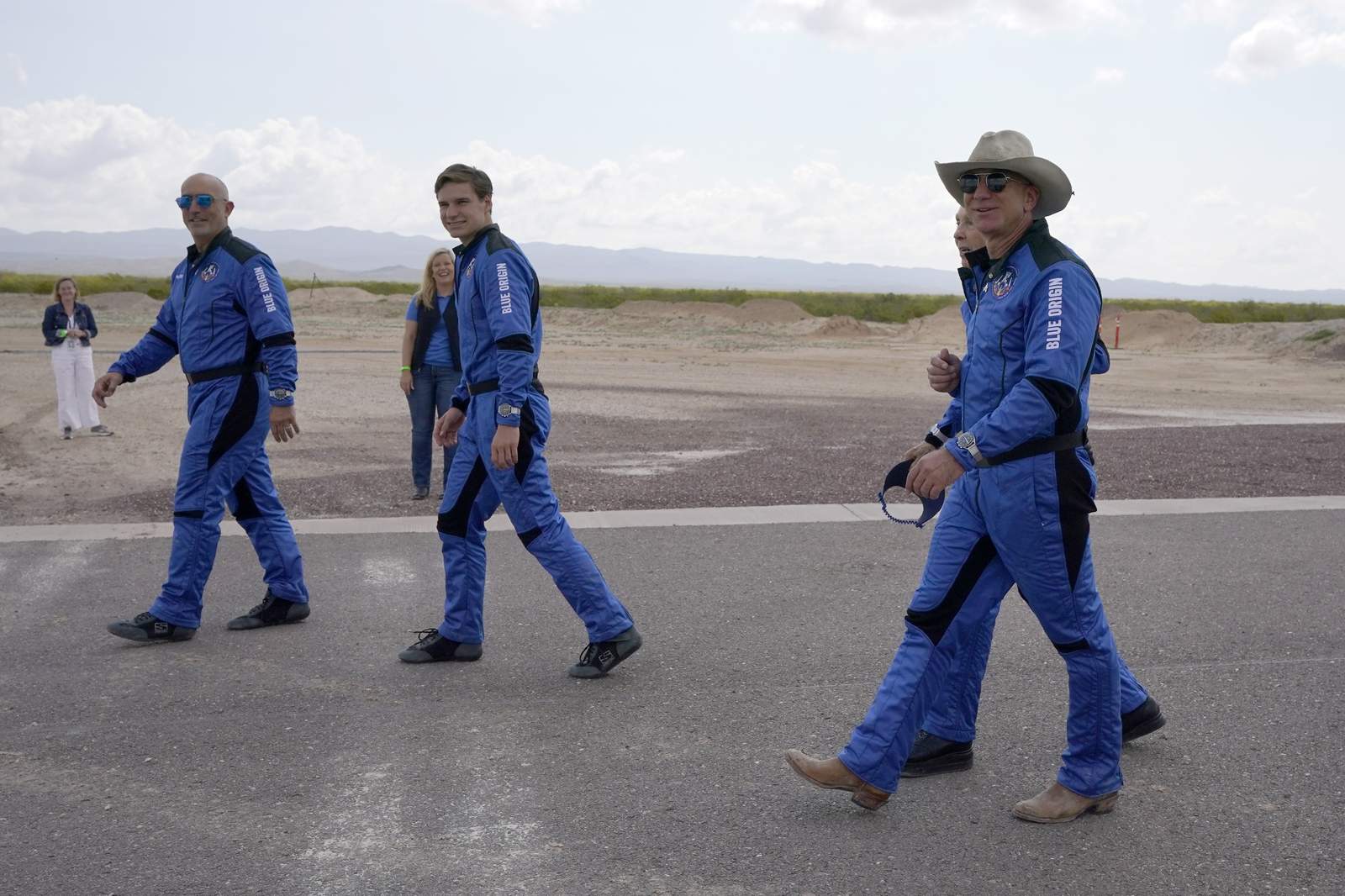 There’s more to the story than just the watches. In addition, Blue Origin NS-16 crew members strapped their Omega Speedmaster around the wrist by the means of the recently introduced Omega Velcro straps, here in silver textile. For the occasion, the straps have been customized with the Speedmaster logo in blue, as well as Blue Origin’s logo.