The influence of Rolex on the dive watch category is indisputable. Names like the Submariner, the Sea-Dweller or the Deepsea immediately come to mind. All of these watches, even though greatly participating in the development of the dive watch concept and being used as test prototypes, have once been made available to the general public. There is one watch, however, that pushes the concept much, much deeper, a watch that made it to the deepest point on Earth, the Rolex Deep Sea Special – and yes, the special in the name is entirely justified. This watch has never been publicly available for purchase. But in a few weeks, Phillips in Association with Bacs & Russo will drop one of these ultra-rare Rolex Deep Sea Special in the public sphere. And you can expect the final price to go crazy.

The Rolex Deep Sea Special was, back in the days, the craziest watch you could imagine. It was the epitome of the dive watch, a piece that pushed the concept of the Rolex Oyster case to the max… or to make it more precise, to the deepest point on Earth. The story of the Oyster case started in the 1920s as a solution to humidity and dust. With a hermetic case, Rolex Oyster watches were now water-resistant and could be worn during a number of physical and professional activities. But an event will bring Rolex at the forefront of deep-dive exploration. In the early 1950s, following the demand for waterproof watches, Rolex (and other companies such as Blancpain and Zodiac) started to develop watches resistant to pressure. In 1953/1954, Rolex will launch its vision of a dive watch, the emblematic Submariner. But the brand decided to go further in the development, and in testing procedures. 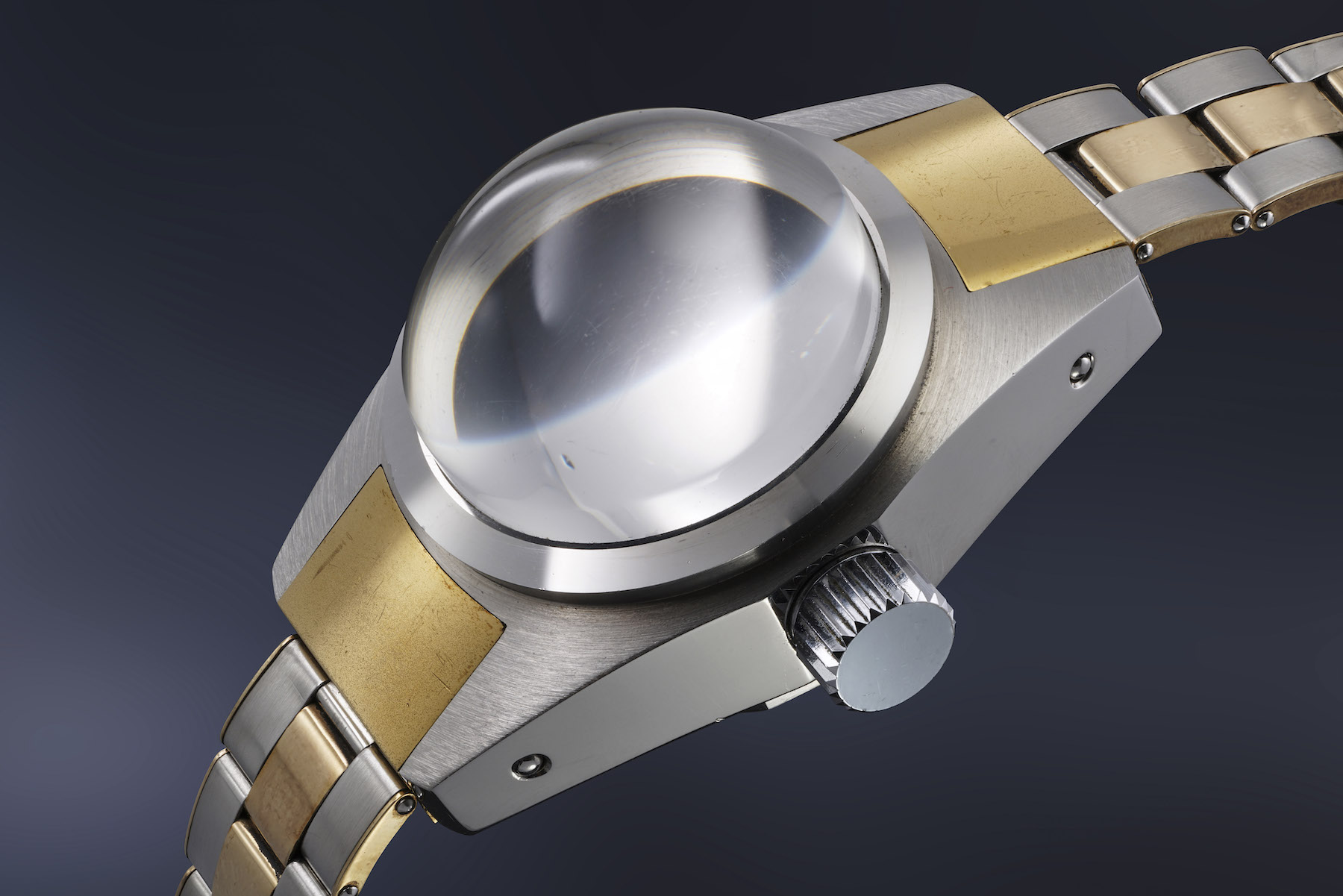 The story goes that “Rolex contacted Professor Piccard, renowned Swiss oceanographer and engineer, to test watches during his diving experiments. Piccard accepted and Rolex engineers developed a watch fitted with a special case and a domed crystal to hold up against extreme pressure,” explains Phillips, continuing with “In 1953, Rolex tested the first prototype by strapping it on to the outside of the Bathyscaphe Trieste Submersible. The watch was first tested at 1,080 meters, then submerged to 3,150 meters that same year. Having completed initial tests, Rolex embarked on a second mission in 1960 with a second prototype, pre-testing the new model with a high-pressure chamber, tweaking and constantly updating details to improve the watch. This time, the new “Deep Sea Special” was created to withstand the most extreme conditions, having submerged to over 10,000 meters below sea level, having completed its test in the Marina Trench, the deepest known point on Earth, with Jacques Piccard and Don Walsh.” 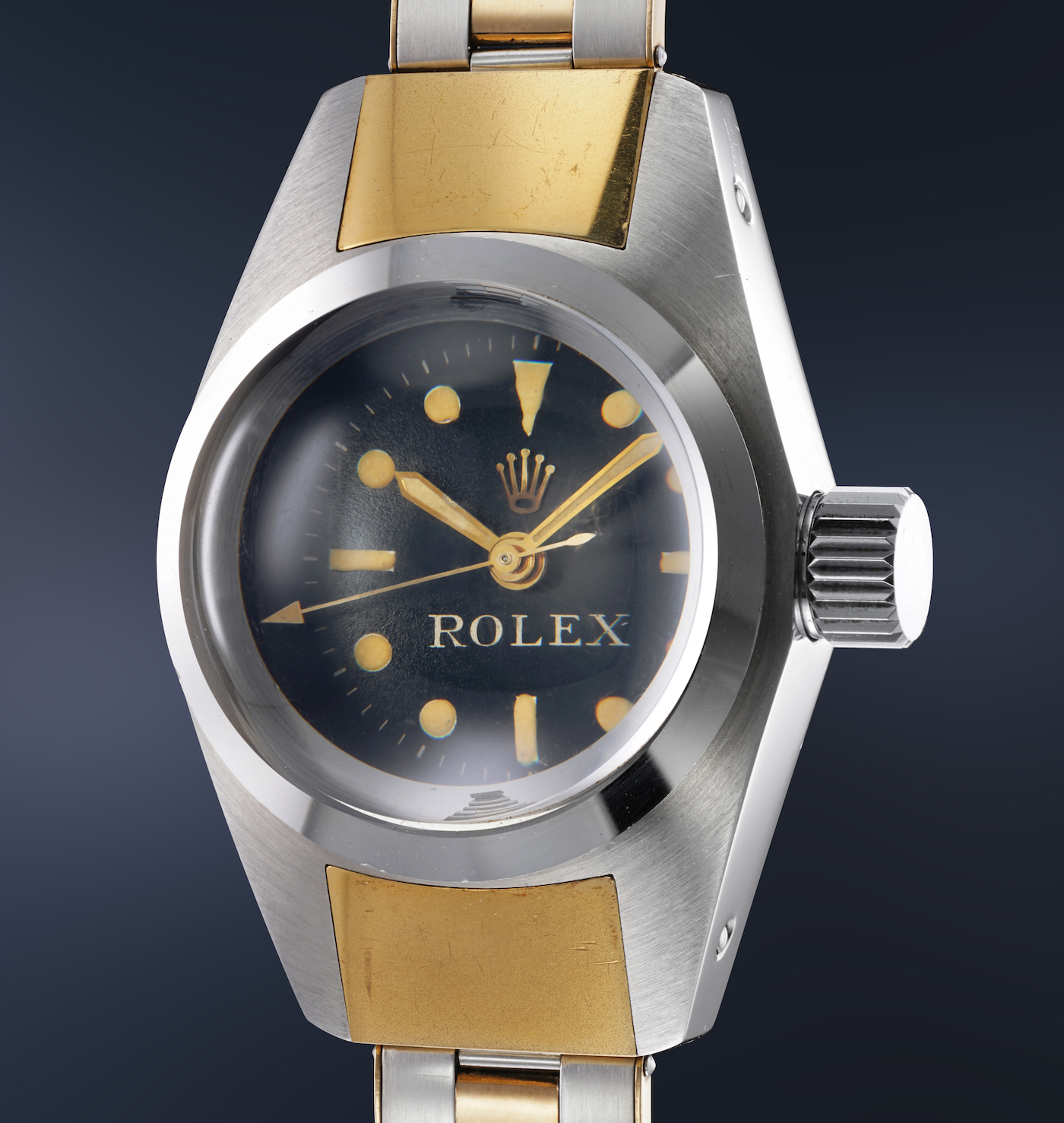 The Rolex Deep Sea Special will be produced in very limited quantities, and never it will be offered to the general public. According to Phillips in Association with Bacs & Russo, “Following the successful deep dive in 1960, Rolex produced in the subsequent years a commemorative series such as the present watch, numbered 35, in celebration of this incredible achievement and offered to only the most distinguished science, technology and watch museums, along with the most trusted, longstanding retailers and high profile partners and executives who contributed to the development of the model. Most notably, the “Deep Sea Special” numbered 3, which was strapped to the Bathyscaphe, is currently on display at the Smithsonian Institute in Washington D.C.” The Rolex Deep Sea Special is so rare that only 5 examples have been sold to the public so far, and other examples are owned and displayed by museums and institutions. The latest example to appear on the market was in 2009, under the hammer of Christie’s. 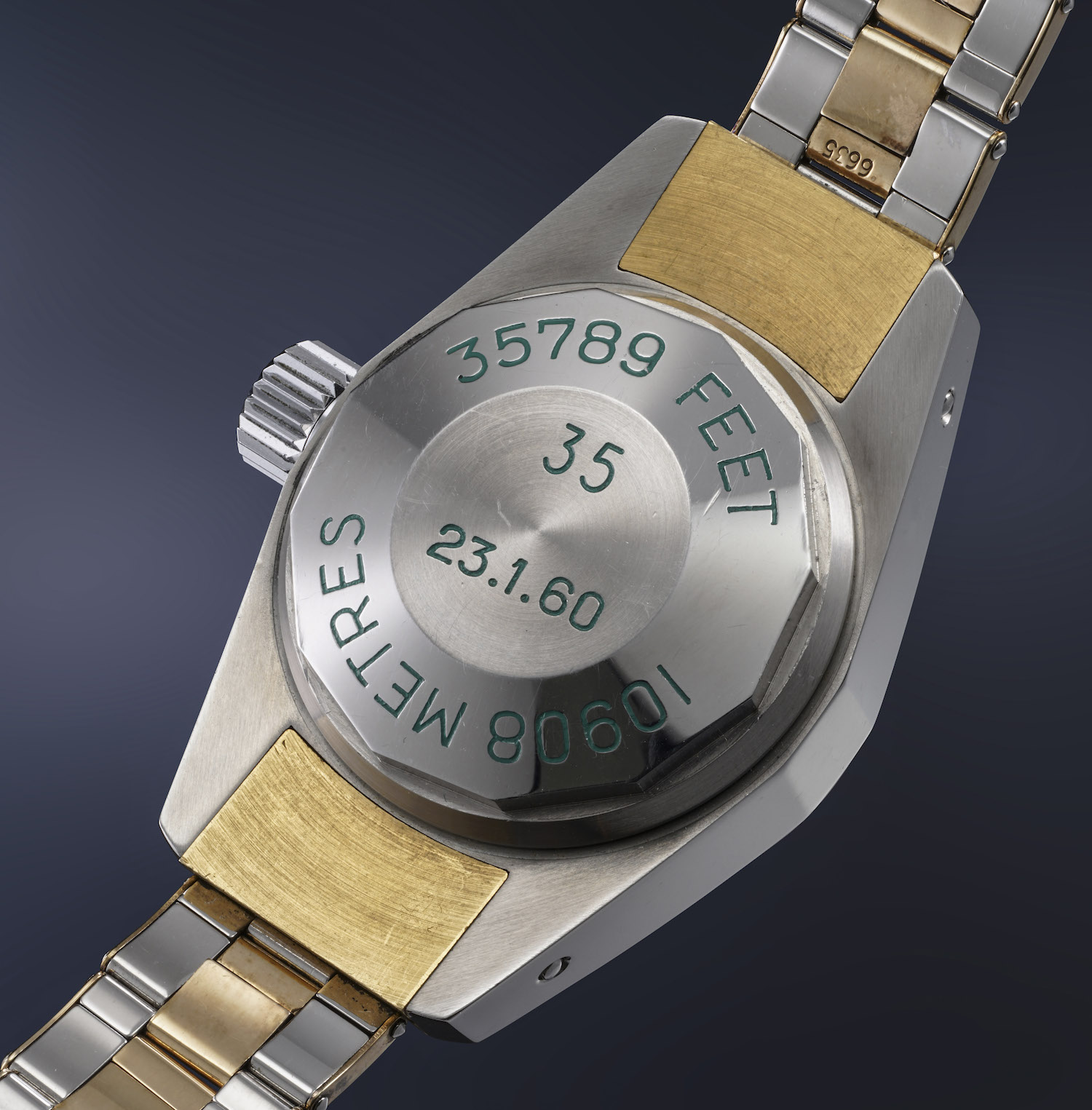 The watch will be auctioned in Geneva on November 5 and 7 during the Geneva Watch Auction XIV and is presented in a two-tone, steel and gold case and bracelet combination in a “museum quality” condition. It is estimated at CHF 1,200,000 – CHF 2,400,000 but it might well hammer for way more.