Most watch enthusiasts are certainly aware of the current situation in the luxury sports watch field, with the most emblematic models of the category – namely the Nautilus and the Royal Oak Jumbo – reaching incredibly high prices on the second-hand market. As for the topic of the day, we’ll be talking about a unicorn, the recently introduced and already ultra-coveted Patek Philippe Nautilus 5711/1A-014, with its desirable olive green dial. A watch that is almost impossible to obtain from retailers and boutiques, and that is already undergoing extreme speculation. And as yet another proof of this insane situation, Antiquorum has just auctioned such a Green Nautilus 5711, reaching a price of EUR 320,000 (before fees). 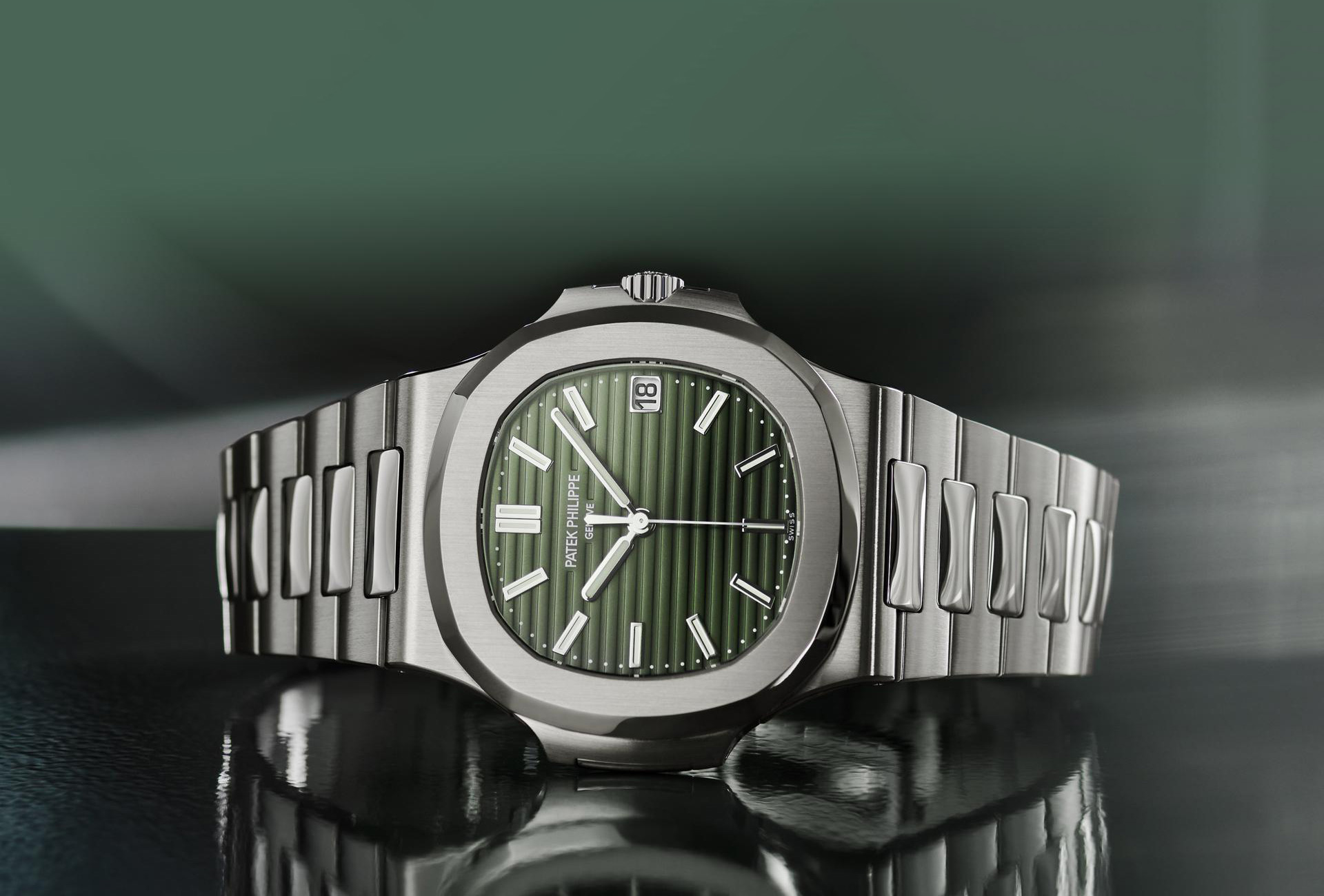 A model introduced in 2006 for the 30th anniversary of the model, and the most classic version of this icon of the luxury sports watch with a time-and-date automatic movement and blue dial, the Patek Philippe Nautilus 5711 is undergoing impressive speculation, almost reaching 6-figure prices on the second-hand market – for a watch that was officially priced below EUR 30,000. The situation didn’t evolve in the right direction when Thierry Stern, President of the watchmaking company, announced that the emblematic blue dial model was about to be discontinued, of course enhancing the volatility of the market. The biggest news came a few weeks later, during Watches & Wonders 2021, when the brand launched what will be known as “the final edition” of the model, before its replacement comes next year. This watch, the Patek Philippe Nautilus 5711/1A-014 Olive Green dial, is known to be produced in very limited quantities, for a limited period of time and assigned to highly selected customers, with enough track record at Patek to be trusted to acquire one with the intention to keep it… 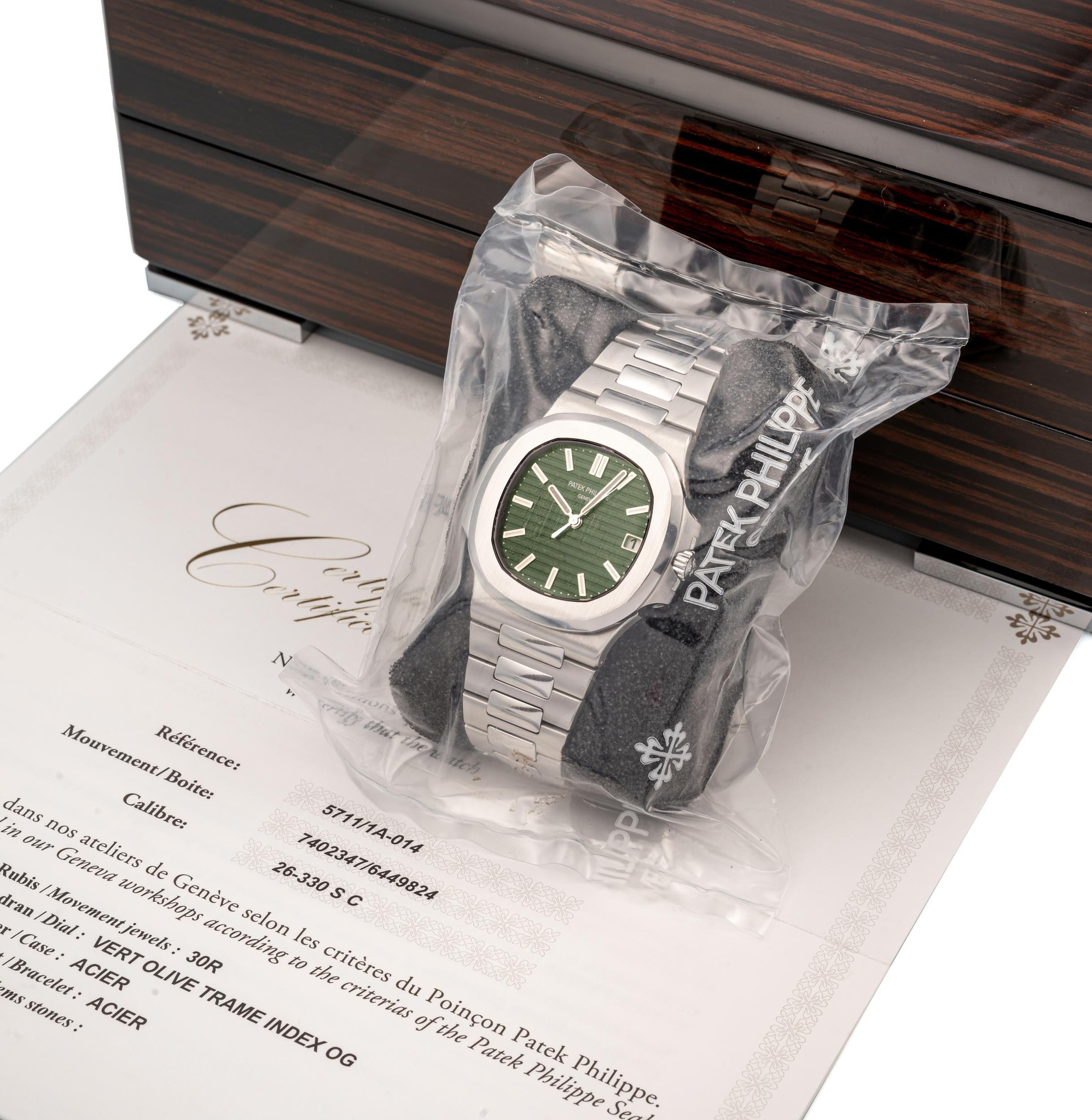 But the market for the Patek Philippe Nautilus 5711 is currently reaching astonishing levels and, despite all the precautions that Patek Philippe must have taken when assigning these green 5711, one of the happy-few collectors might have thought he could cash-in. To the surprise of many, Antiquorum indeed listed a brand new, plastic-sealed (thus unworn) example of the Green Nautilus 5711 as part of the Monaco summer auction that just occurred a few minutes ago. No need to mention that both the watch and the previous owner are referenced at Patek Philippe, which probably won’t appreciate this situation and will certainly react with actions against this collector (needless to say, he probably will never be able to buy a Nautilus anymore). But this isn’t the topic of the day.

What matters is the auction and the price achieved by this pristine example of the Patek Philippe Nautilus 5711/1A-014 Olive Green, which just sold for the price of EUR 320,000 (before fees) under the hammer of Antiquorum. Keep in mind that we’re talking about a watch that retails for EUR 30,400. That makes close to 11 times the official price of the watch, or a premium of close to 1,000 percent. Yes, you read well, there are no typos. 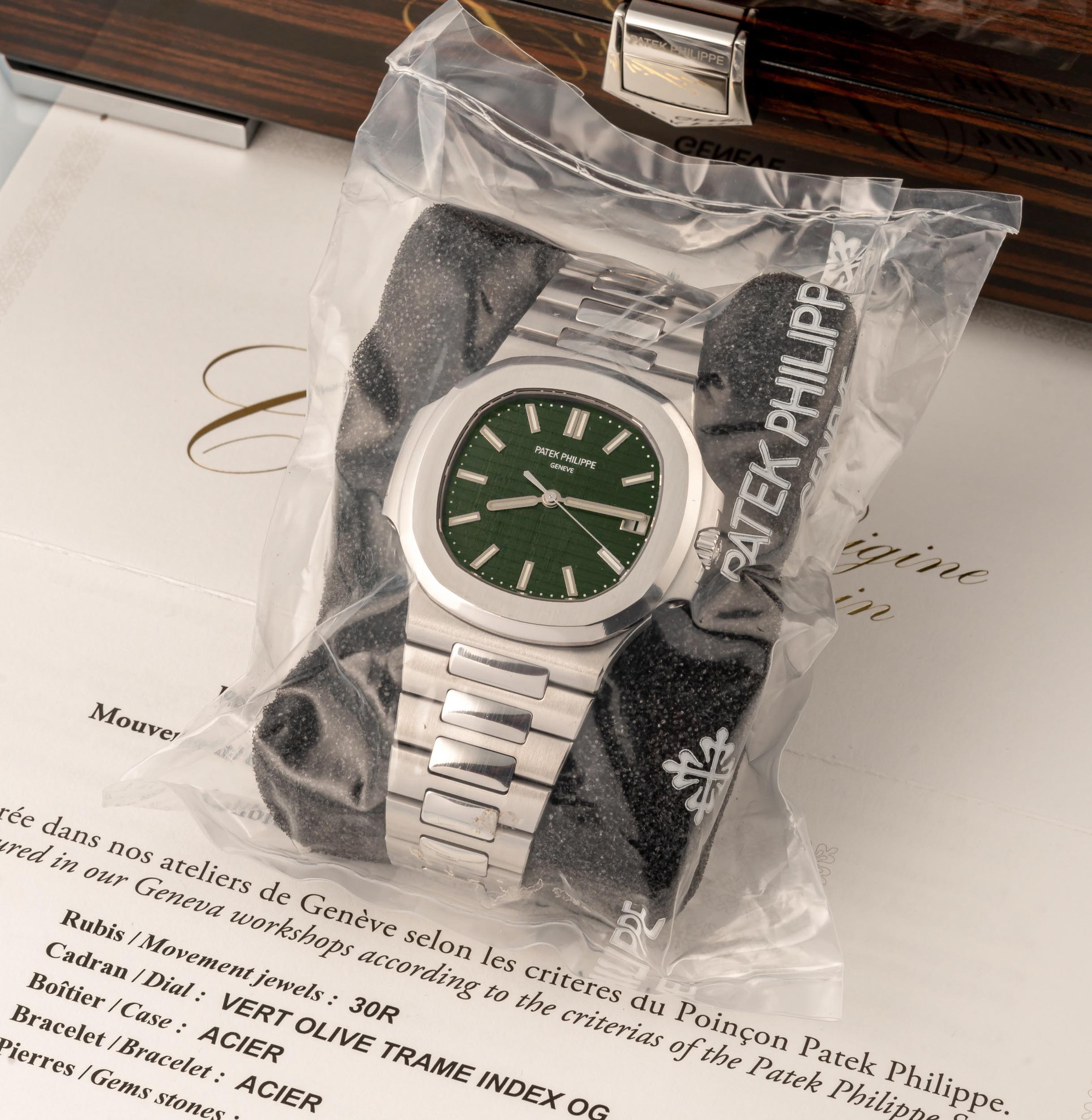 What to think about this? To each his own and some will certainly think that this situation is enjoyable or perfectly normal. We, at MONOCHROME, still think that this speculation around watches such as the Royal Oak Jumbo (also due to be replaced next year), the Rolex Daytona and, of course, the Patek Philippe Nautilus is killing the market, which isn’t there anymore to serve proper watch enthusiasts but only “flippers” and so-called investors with zero interest in what this watch actually represents in terms of watchmaking and history.

Images of the watch by Antiquorum.