To say that these are weird times would be the understatement of the century. But as I announced in March, we would continue our coverage on watches, as we usually do, and refrain from discussing the COVID-19 situation. We’re here for watches and hopefully, we’ve been able to bring you a bit of horological solace in these strange times. And because both Xavier and I travelled much less than usual, we’ve even been able to increase our daily coverage from the world of watches. Here’s what you can expect from us in the coming period…

Xavier, who lives in Switzerland, where the situation around the pandemic was pretty mild in comparison to some other European countries – not as strict as for Brice in France, or even Rebecca in Madrid – was able to meet with people from watch brands (almost) throughout the entire period, although at a much less intense pace than usual. Mainly many of the larger brands have been closed, with people working from home (or only part-time), but couriers like FedEx, DHL and TNT are still active and that meant lots of watches to be photographed. Also, Brice and I received watches for photoshoots, so we’ve been able to bring you a lot of hands-on reviews of recently introduced watches. And we still have much more to come! 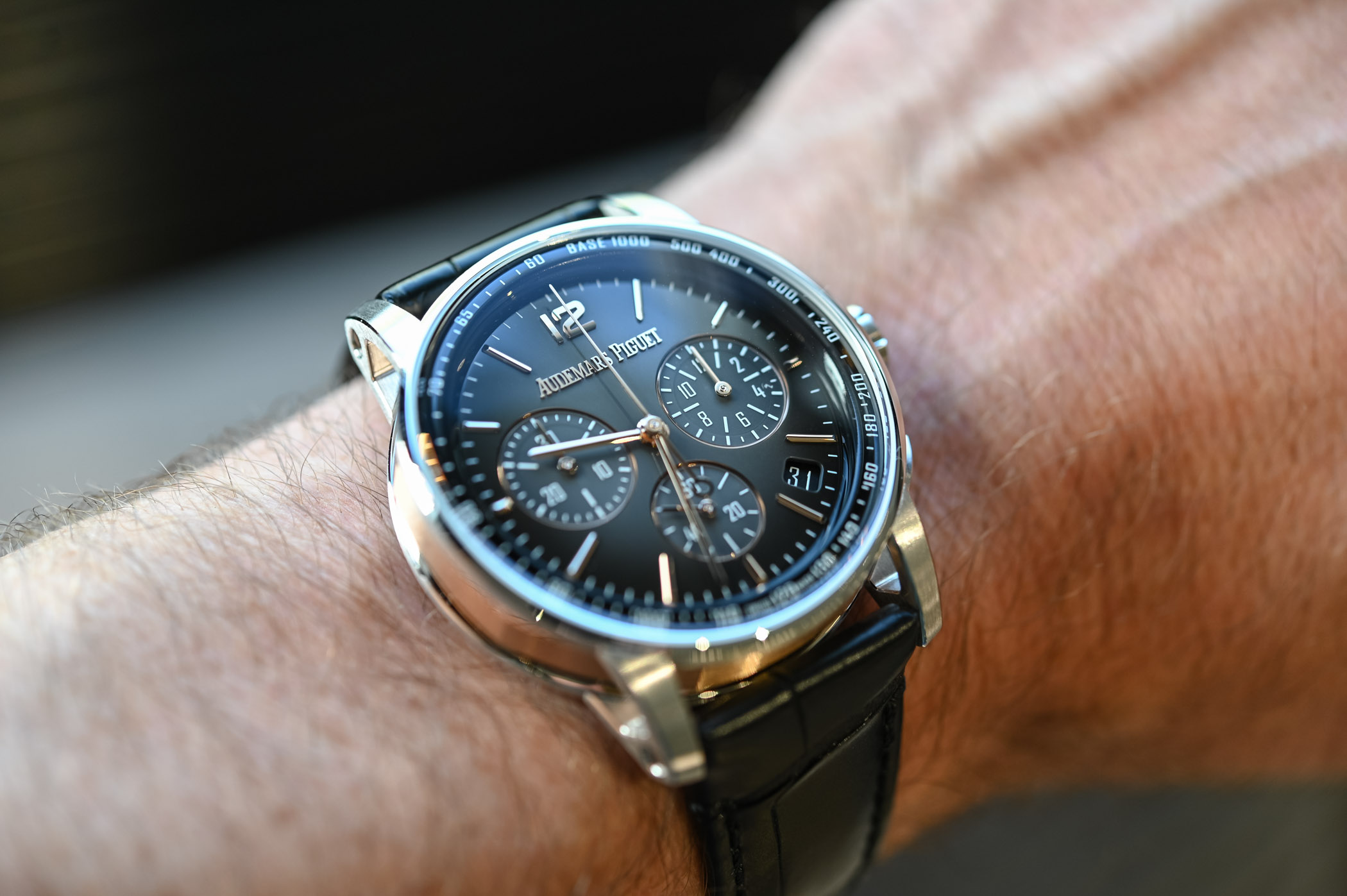 The two-tone Code 11.59 By Audemars Piguet, a watch we were among the firsts to see, right after the deconfinement.

As of the first week of July, travelling in Europe was possible again, with borders reopening, and I drove to Switzerland to meet with Xavier, our camera crew and with people of the watch brands. The first week of July, we’ve met with Audemars Piguet, De Bethune, Laurent Ferrier, we had a coffee with Akrivia’s Rexhep Rexhepi and later a nice chat with Charris at MB&F’s MAD Gallery. It felt great to meet the folks at these brands again, to see what they are working on, and hear of what’s coming. It was also great to be able to shoot our first videos of the year, after such a long wait, and we hope that by mid to late August we can show you the first results. After this week I drove home to spend the weekend with my wife and son, to return to Switzerland the very next week. 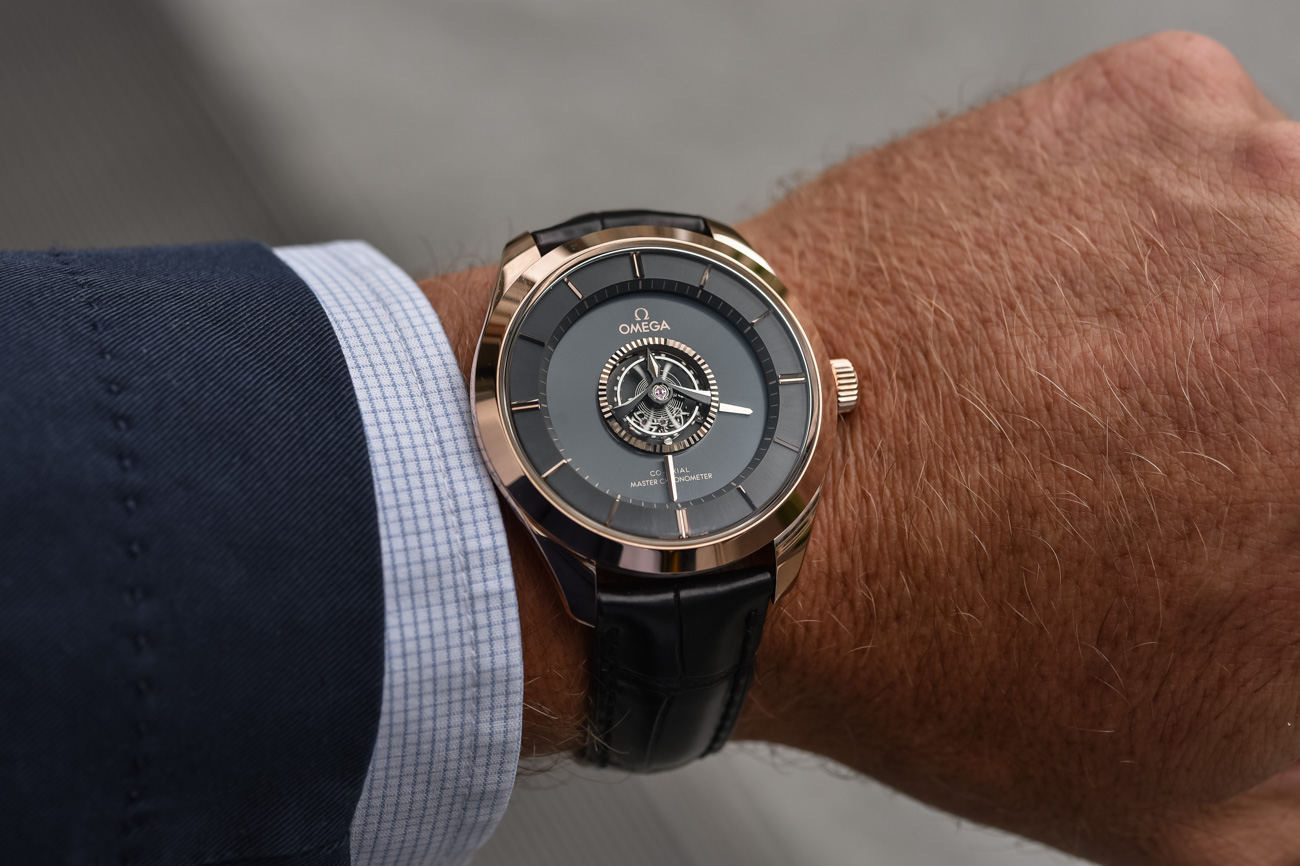 The very impressive Omega De Ville Tourbillon… again, one that we were able to see in early July.

And that meant more meetings and videos. We’ve visited Bvlgari, where we shot two videos, we spend some time with Karsten Fräßdorf and saw what he’s working on (cool stuff!), and we visited Carl F. Bucherer in the always lovely Lucerne. Another highlight was our visit to OMEGA where we got to see the impressive De Ville Tourbillon Master Chronometer, the new Ed White. The brand’s CEO, Raynald Aeschlimann, popped in for an hour and some interesting talks, and later I pulled my credit card in the Omega boutique to buy the Seamaster Diver 300m that I wanted to buy since it was introduced (but I had to make up my mind whether I wanted the new 007 Edition or the classic blue dial Bond watch.) We also had a meeting with Hamilton‘s new CEO, Vivian Stauffer, and later that day we met with Favre Leuba‘s new CEO Philippe Roten. After yet another intense week, and a long drive home, it was time to prepare for what’s coming next.

Behind the scenes we’re preparing things for our webshop, so we can hopefully serve you with the most useful and nicely crafted watch accessories. More straps, watch winders, boxes, and we’re restocking, but more about that later. Videos are being edited, and we hope to publish these as of the second half of August. In the meantime, we will post at least one video review a week; something we started only a few weeks ago, but it looks like many of you have already enjoyed watching them. If you haven’t, check our Youtube channel here. And to create a bit of an idea what our videos are all about, we made this short ‘promo’ video… I hope you like it; I know it made me feel quite self-conscious, and also a bit proud.

However… During the first two weeks of August, we will be on holiday or at least, Brice, Xavier and I will be off the grid. No fancy holiday location, but we will try to stay away from the laptop and camera for some time, to recharge the batteries (which is much needed.) Of course, we have prepared a lot of stories and more, so MONOCHROME will keep serving your daily dosage of watches!