It’s not uncommon for thriving watch brands in the 19th century to have succumbed to competition, economic hardships and volatile global conditions by the mid-20th century. The entire American watch industry basically collapsed and in Germany, brands like A. Lange & Söhne shut its doors in 1948 following World War II. Of course, that brand was relaunched in 1990 by the founder’s great-grandson and last company head, Walter Lange, which is similar to what’s happening now with Eugen Wegner. Jonas Bley, great-great-grandson of founder Eugen Wegner, decided to revive his family’s brand in 2017 and now has three watches on Kickstarter, modelled after the company’s original pocket watches and chronometers. Let’s have a first look at the new watches offered by Eugen Wegner. 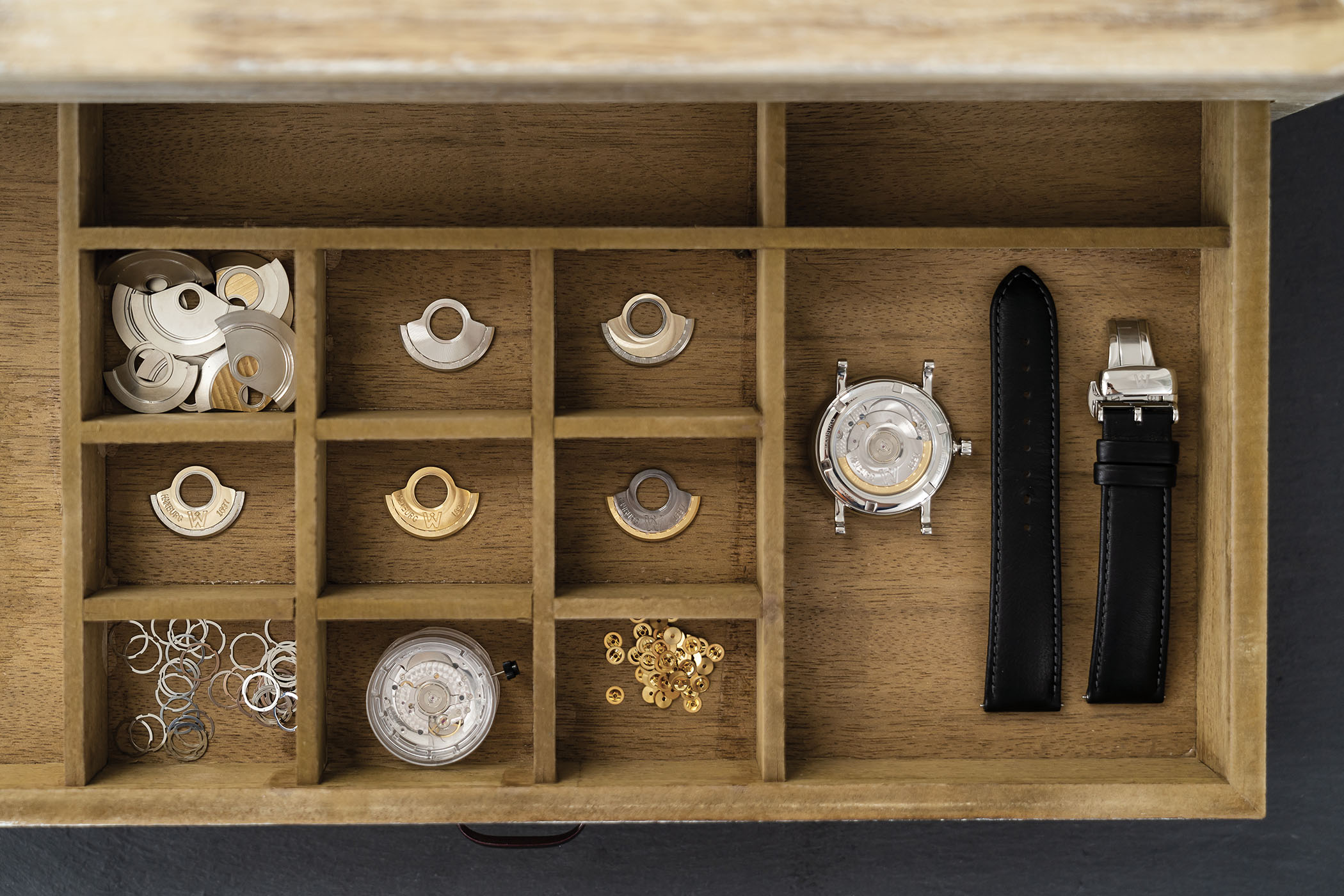 Accomplished watchmaker Eugen Wegner opened a small workshop in Gdańsk (Western Prussia, Germany) in 1897 and soon expanded throughout the area with new stores and workshops. Business was good and his reputation was among the best in Germany. In 1909, Wegner designed a series of pocket watches to honour Johannes Hevelius, renowned astronomer and former councillor and mayor of Gdańsk. Known as the Hevelius watches, they became best sellers and now define the revived brand in many ways. In the 1920s, Wegner’s son Hans-Ulrich joined the company and launched marine chronometers, which quickly became popular with the local shipping industry and dockyards. By the 1950s, the company’s primary focus was on the marine chronometers and offices were established in the port cities of Hamburg, Duisburg and Lubeck. Economic hardships hit in the 1960s, however, and company growth ground to a halt. Hans-Ulrich, now the company head, soon decided to shut down operations. 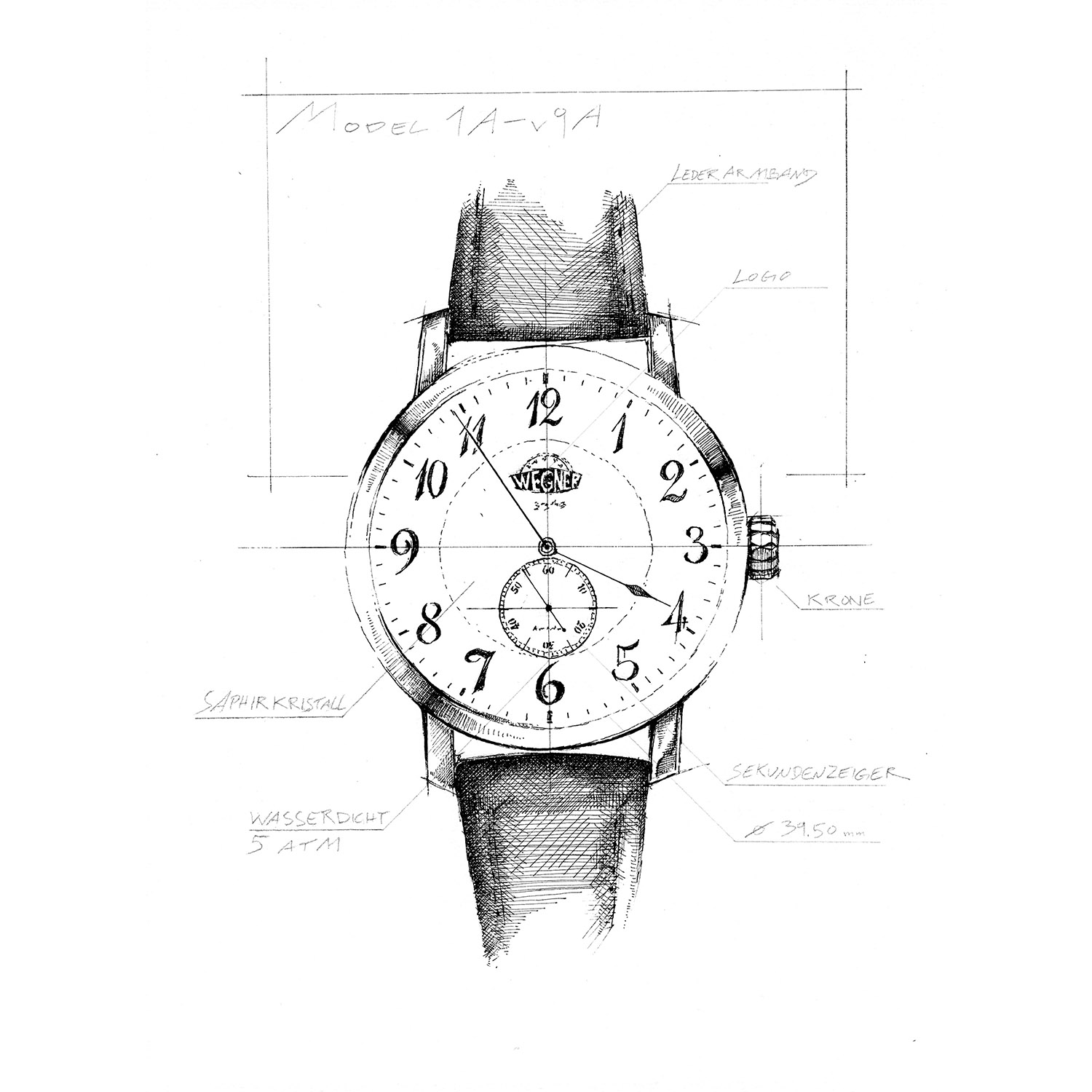 In 2017, Eugen Wegner’s great-great-grandson, Jonas Bley, followed his passion to revive the family business and began development of three wristwatches – Hevelius, One and Phoenix – all modelled after the original Hevelius and chronometer watches (some more than others). He built a team of friends, designers and watchmakers and buckled down for two years of research and development, and they’re now launching the first collection that truly captures the heritage and spirit of Wegner’s brand. The watches are developed and assembled in Hamburg, Germany and are available to preorder on Kickstarter.

The simplest and perhaps most historic of the three is the Hevelius, designed after Wegner’s original pocket watch honouring Johannes Hevelius. This time-only piece has a lacquered white dial with a recessed inner section that houses a small seconds sub-dial above 6 o’clock. All hands are thermally blued steel and the Arabic hour numerals are printed in a turn-of-the-century font. The design would be right at home on a century’s old wrist, although the 316L stainless steel case is a more contemporary size at 39mm in diameter and 9.5mm in height. 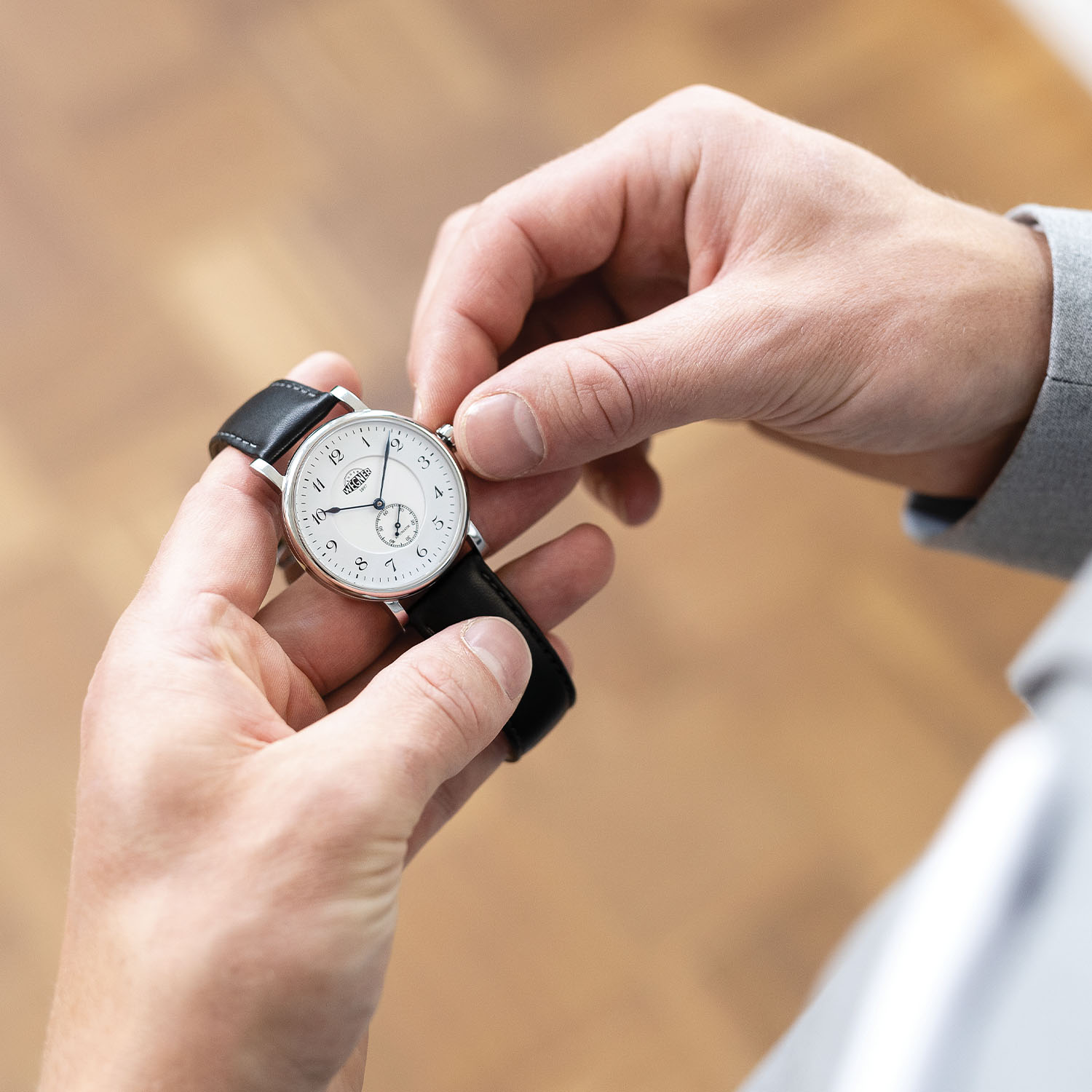 There are sapphire crystals front and back, and an ETA 2895 automatic is on full display. It features 24 jewels, beats at 28,800vph (4Hz) and has a 42-hour power reserve. Decorations include perlage, blued screws and a custom rotor with gold plating. Accuracy is rated at +/- 7 seconds per day, which is certainly above your typical Kickstarter offering. The watch comes with a 20mm black leather strap and steel folding clasp, and water resistance is 50 meters. 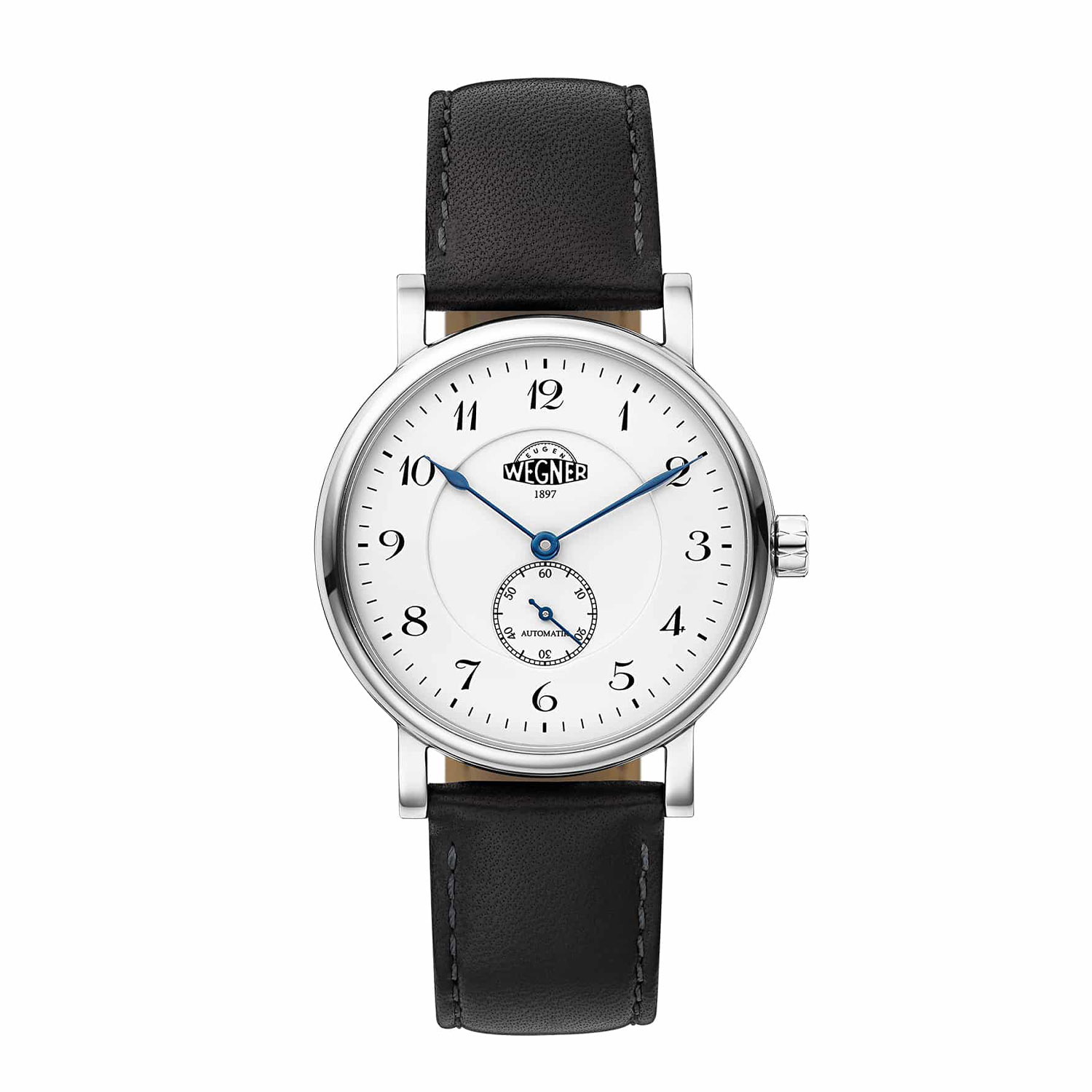 The One model has many of the same design elements as the Hevelius, but brings a chronograph and date to the table. The Arabic numerals are printed in the same font on a comparable lacquered white dial with thermally blued steel hands, but we now have a 30-minute counter at 12 o’clock, 12-hour counter at 6 o’clock and seconds sub-dial at 9 o’clock. A date window sits at the bottom of the 12-hour counter. The stainless steel case is larger than the Hevelius at 43mm in diameter and 13.6mm in height, but is also a bit more of its own thing and not modelled after a specific piece. 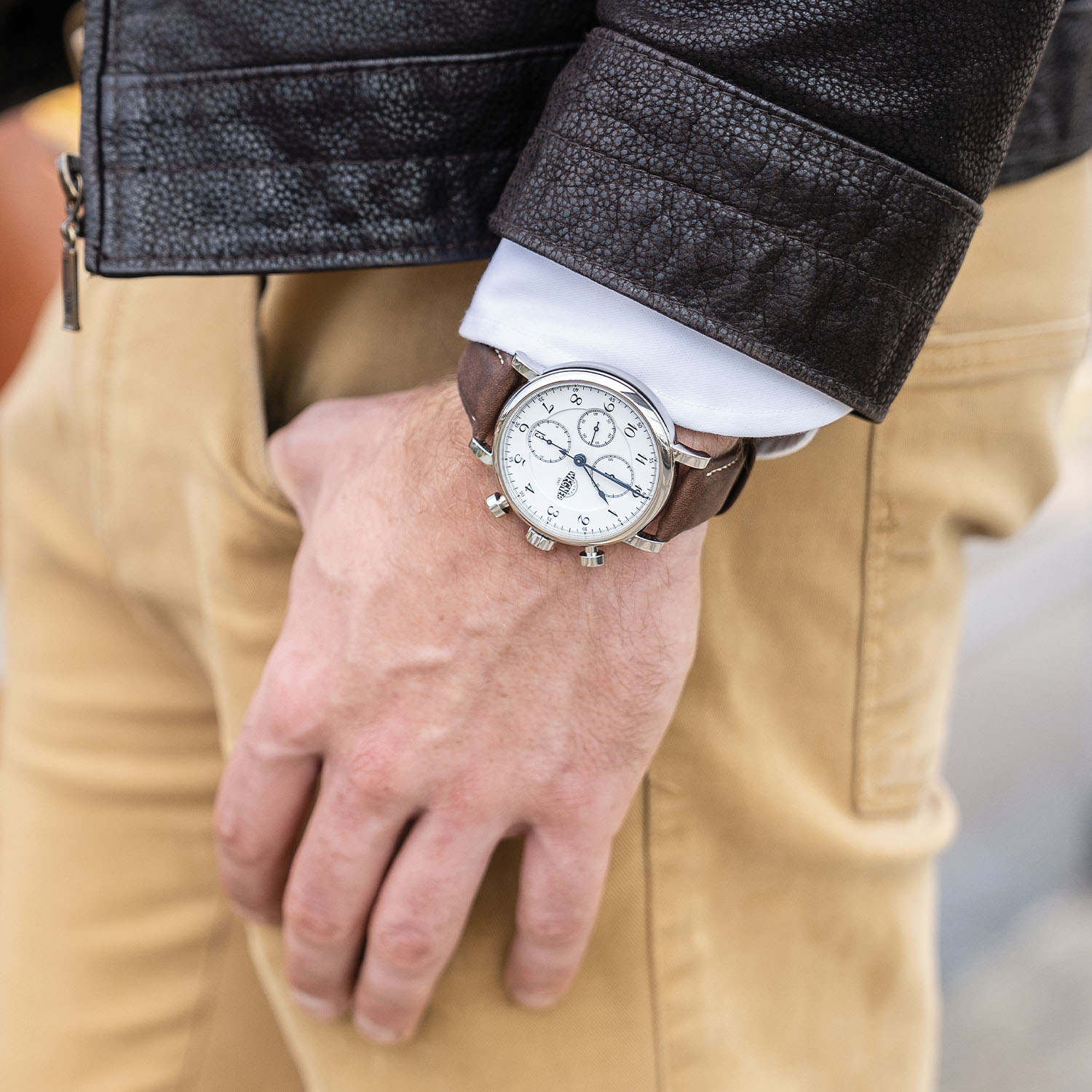 There are again dual sapphire crystals and an ETA/Valjoux 7750 automatic is now on display. This is one of the most widely used Swiss chronograph movements today and a proven workhorse. It has 25 jewels, beats at 28,800vph (4Hz) with a 48-hour power reserve. Accuracy is again rated at +/- 7 seconds per day and decorations include Côtes de Genève, blued screws and a custom rotor with gold plating. The watch comes with a 20mm brown leather strap with white stitching and a steel folding clasp, and water resistance is again rated at 50 meters. 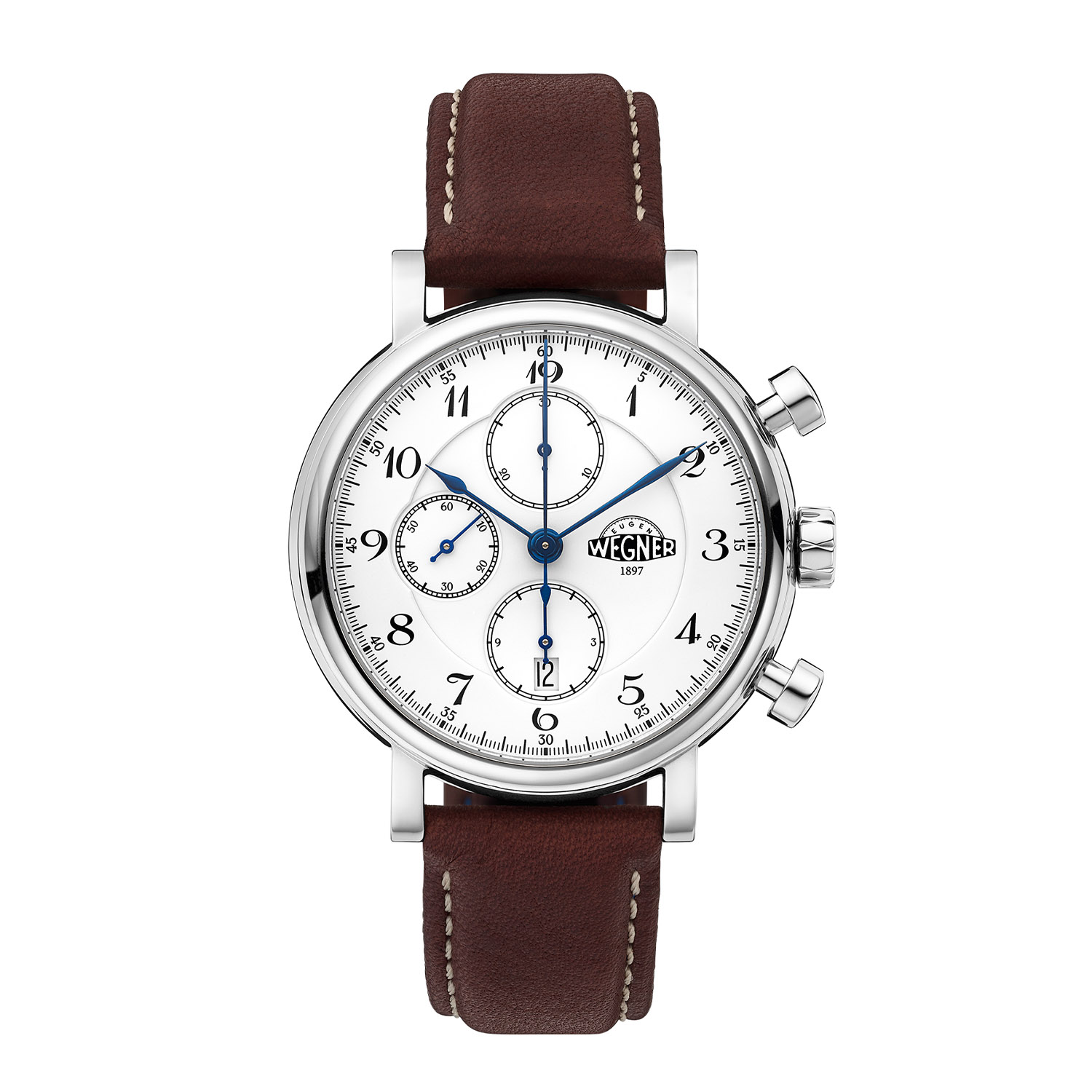 The most contemporary of the three is the Phoenix, which maintains consistency in Eugen Wegner’s design but sheds much of the old-school vibe. The Arabic numerals are still printed in the familiar font but are now white on a lacquered black dial. The central section also sports a brushed design to separate it from the outer ring and a date window sits at 3 o’clock. Unlike the Hevelius, there’s a central seconds hand and as with the others, all hands are thermally blued steel. The Phoenix shares a case with the Hevelius with the same 39mm diameter and 9.5mm height, but it’s otherwise a very different watch. 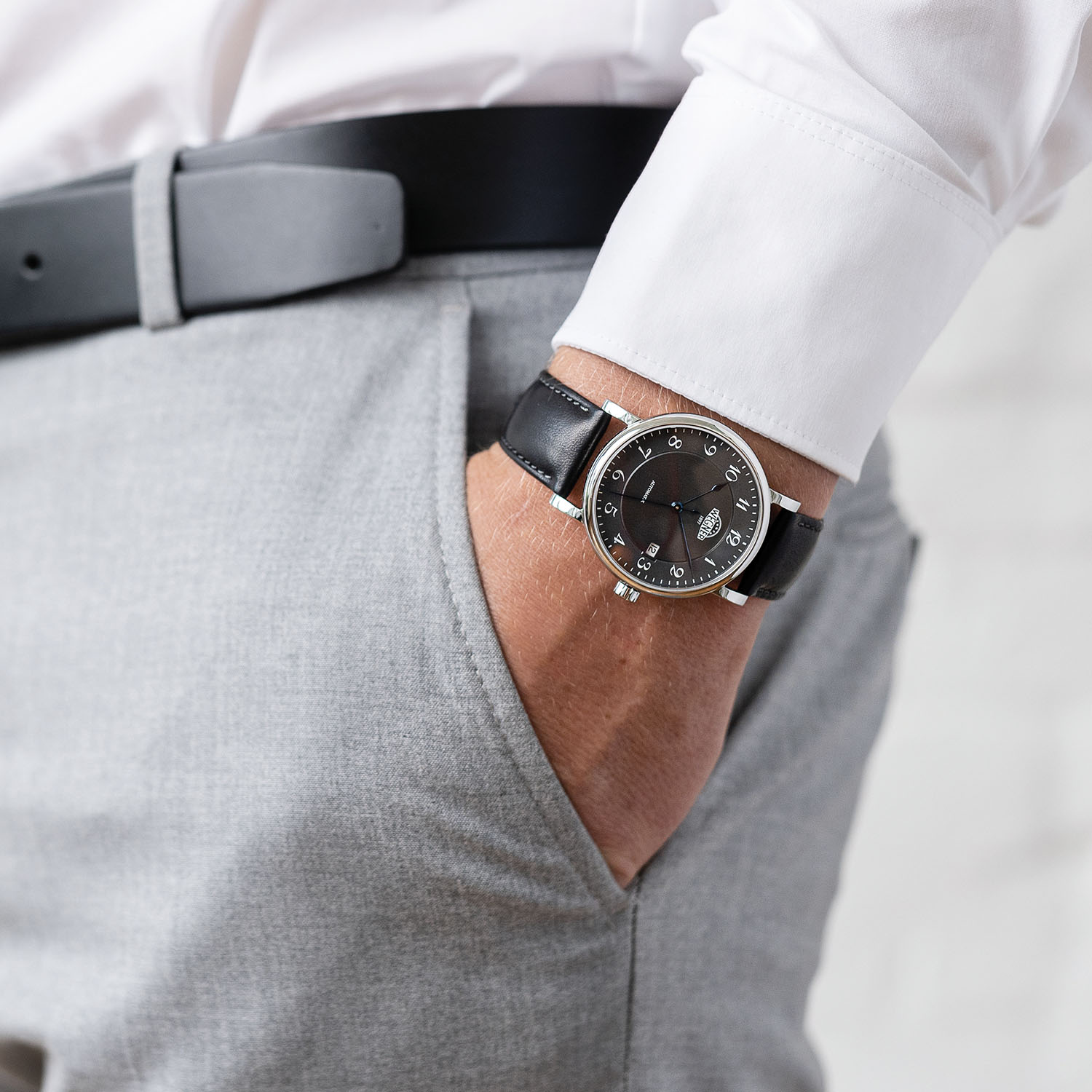 The sapphire exhibition case back displays an ETA 2892 automatic with 24 jewels, 28,800vph (4Hz) and a 42-hour power reserve. As with the others, accuracy is rated at +/- 7 seconds per day and decorations include perlage, blued screws and a custom rotor with gold plating. The 20mm black leather strap is the same as found on the Hevelius and water resistance is 50 meters. All straps in the collection have quick-release levers and the knurling on the crowns are rather unique with triangular, hourglass-like patterns. 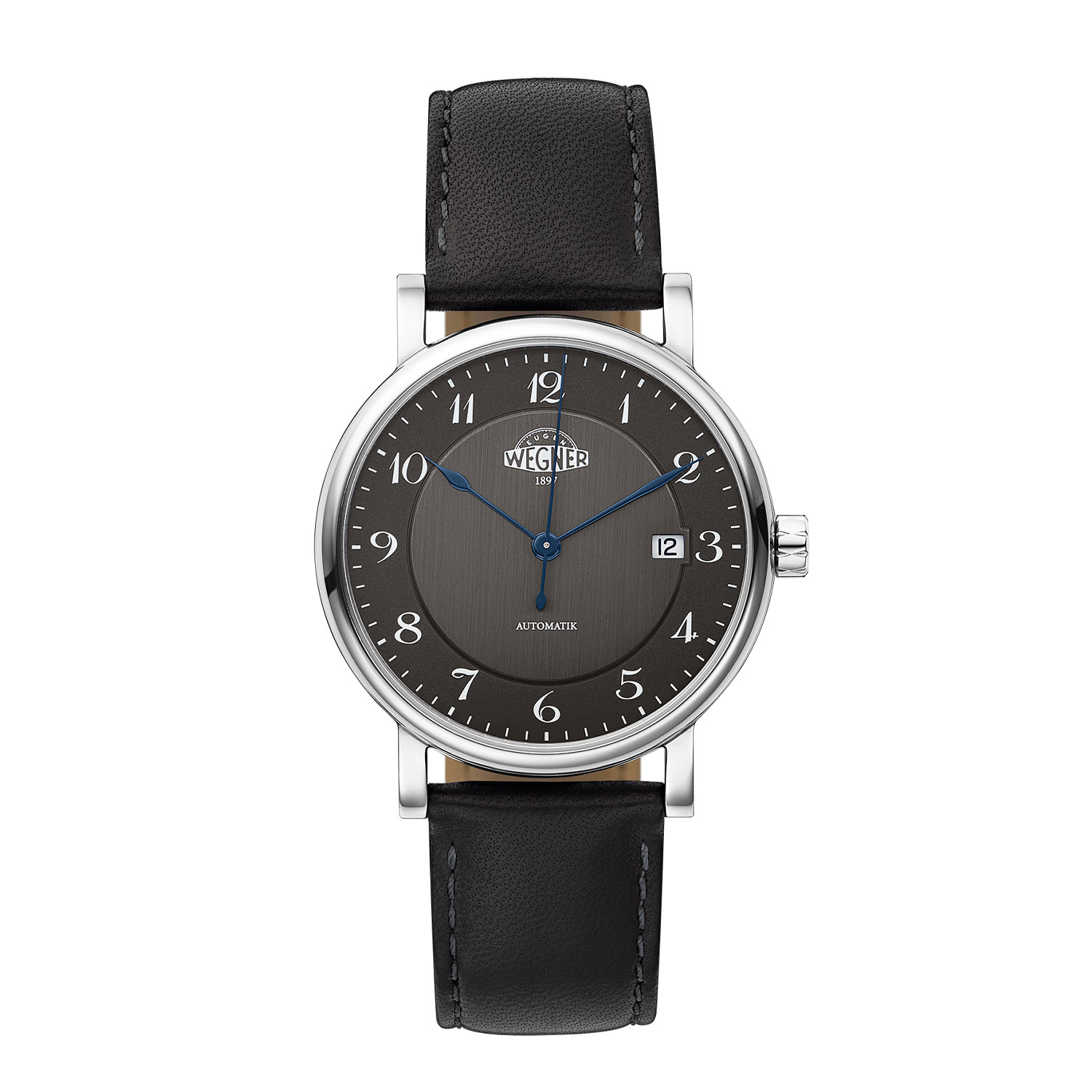 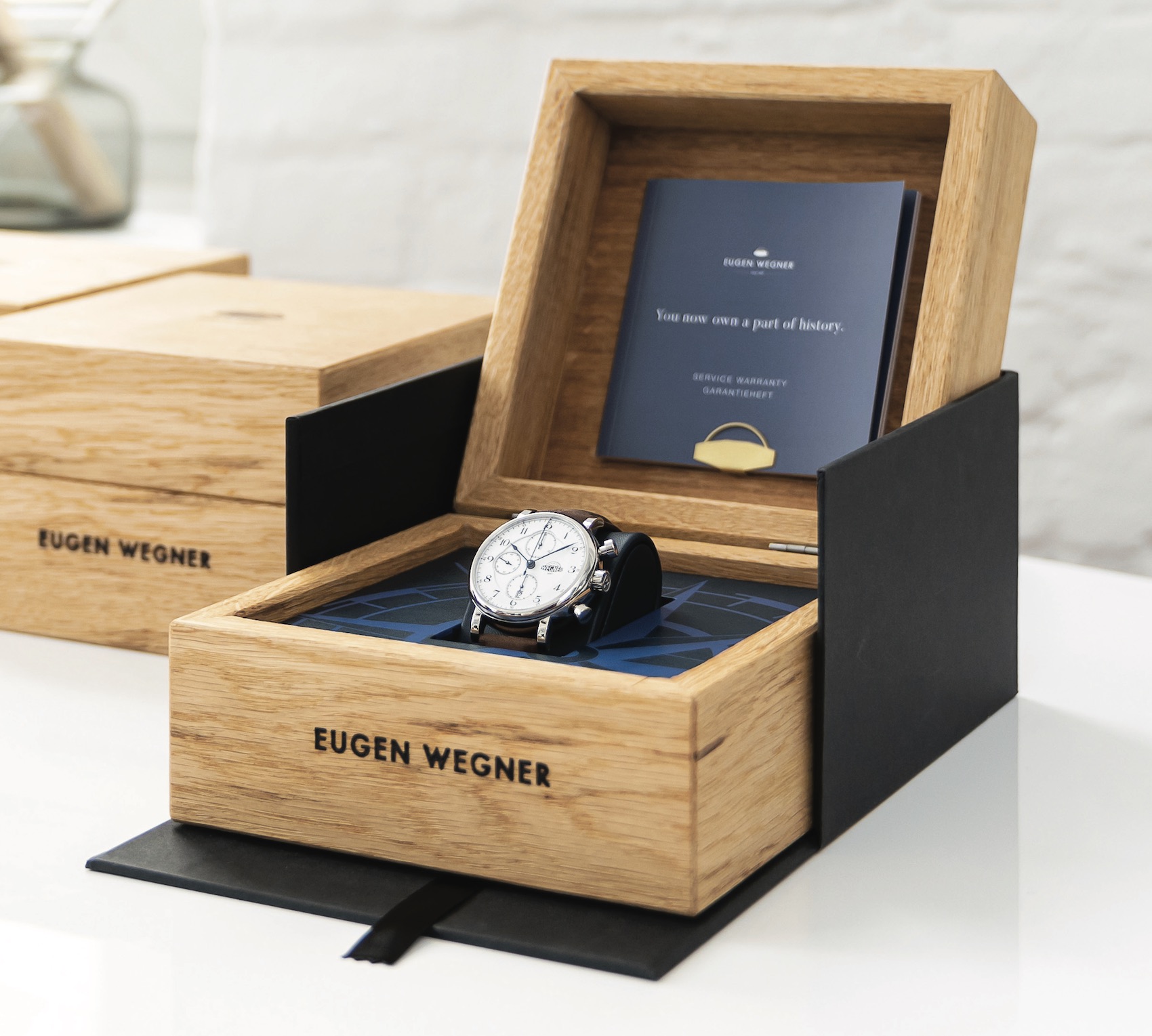 Deliveries are expected in June 2021. For an additional cost, deliveries can be pushed up to as early as December 2020. These aren’t the most accessible watches found in crowdfunding, but you’re getting thoughtfully designed watches with adjusted ETA movements and a history going back 123 years. And it’s all being coordinated by the great-great-grandson of the original founder. Very nice indeed.