Two young Belgian watchmakers got to know each other at the watchmaking school of Namur. After one of their long midnight conversations about watches, they decided to start their own brand (I’m sure you can picture the scene). By 8 o’clock in the morning, the first sketches were ready. Now that watch has become a reality. And what a watch it is! Meet the Van Bricht Old Mind, a handmade, prototype-like tourbillon watch… from Belgium.

Every now and then, the watch world will throw something at you that really makes you want to live on this planet forever. This time, the news comes from two Belgian twenty-somethings: Sébastien Lambricht (23) and Bernard Van Ormelingen (21). Together, they mixed their talents and some syllables from their last names to form a name for their own watch company: Van Bricht. 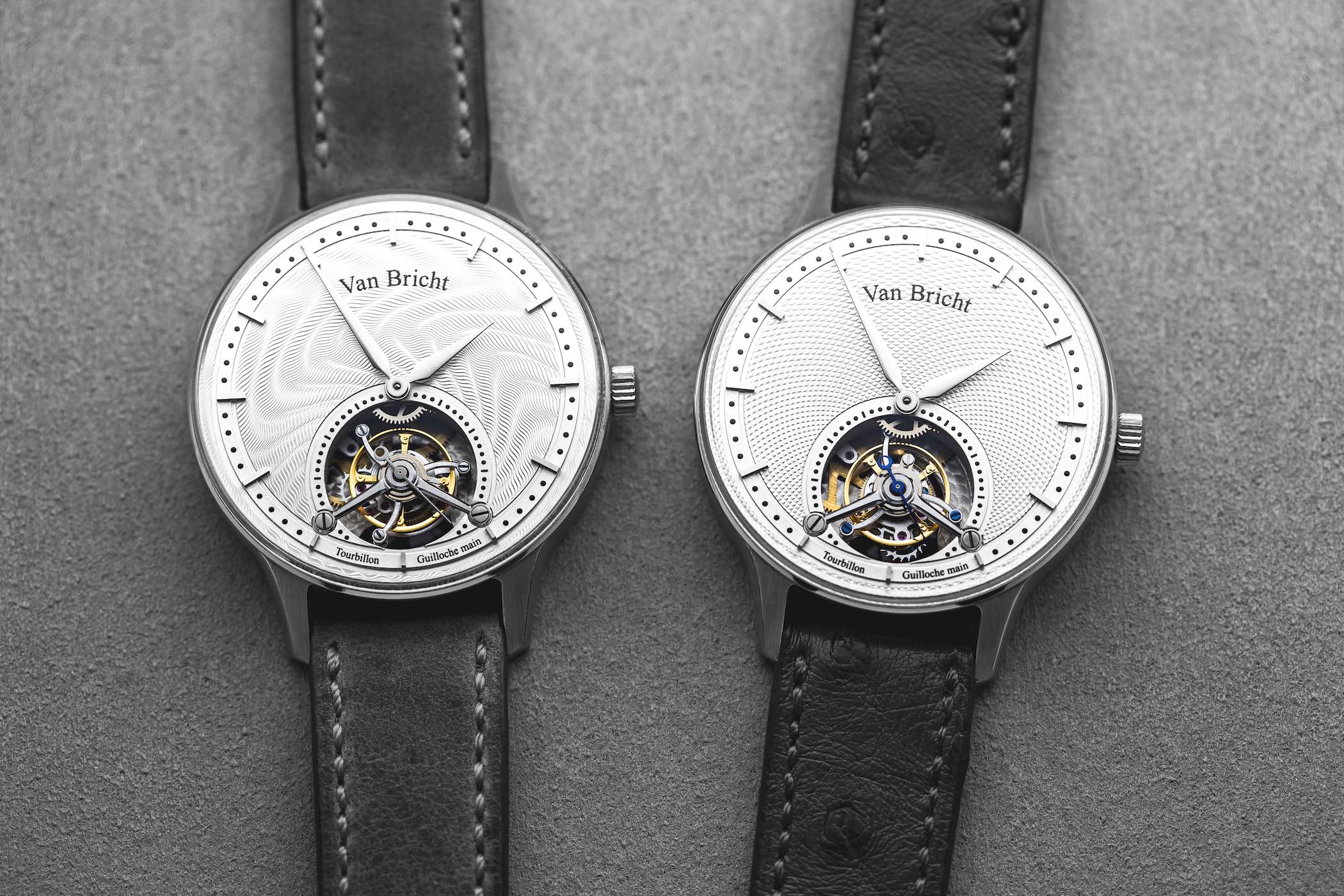 A hand-made tourbillon from Belgium…? That’s one we didn’t expect, but the result is truly special.

Lambricht is specialised in casing and movements and Van Ormelingen in decoration and computer design. He also owns a small dial company, called Bernies, which modifies or makes watch dials on demand. He also works for some of the bigger Swiss names. Most of his work is done on an ancient, 700-kilo Lienhard Straight Line Engine guilloché machine.

A handmade tourbillon with great decoration

At first sight, the movement seems to be a heavily modified Unitas 6498, but that’s definitely not the case, says Bernard Van Ormelingen: “We bought a tourbillon movement kit from La Chaux-de-Fonds, with a spring, wheels and tourbillon cage, but made all other components ourselves. The bridges, the base plate, the réglage, the hammering, all was done completely by hand, on traditional machinery.”

The Van Bricht Old Mind was introduced earlier this year, although not many watches are finished yet. “We only want to make series of 25 pieces. Not more. We’ve almost sold all of the pieces from the first series at the moment.” 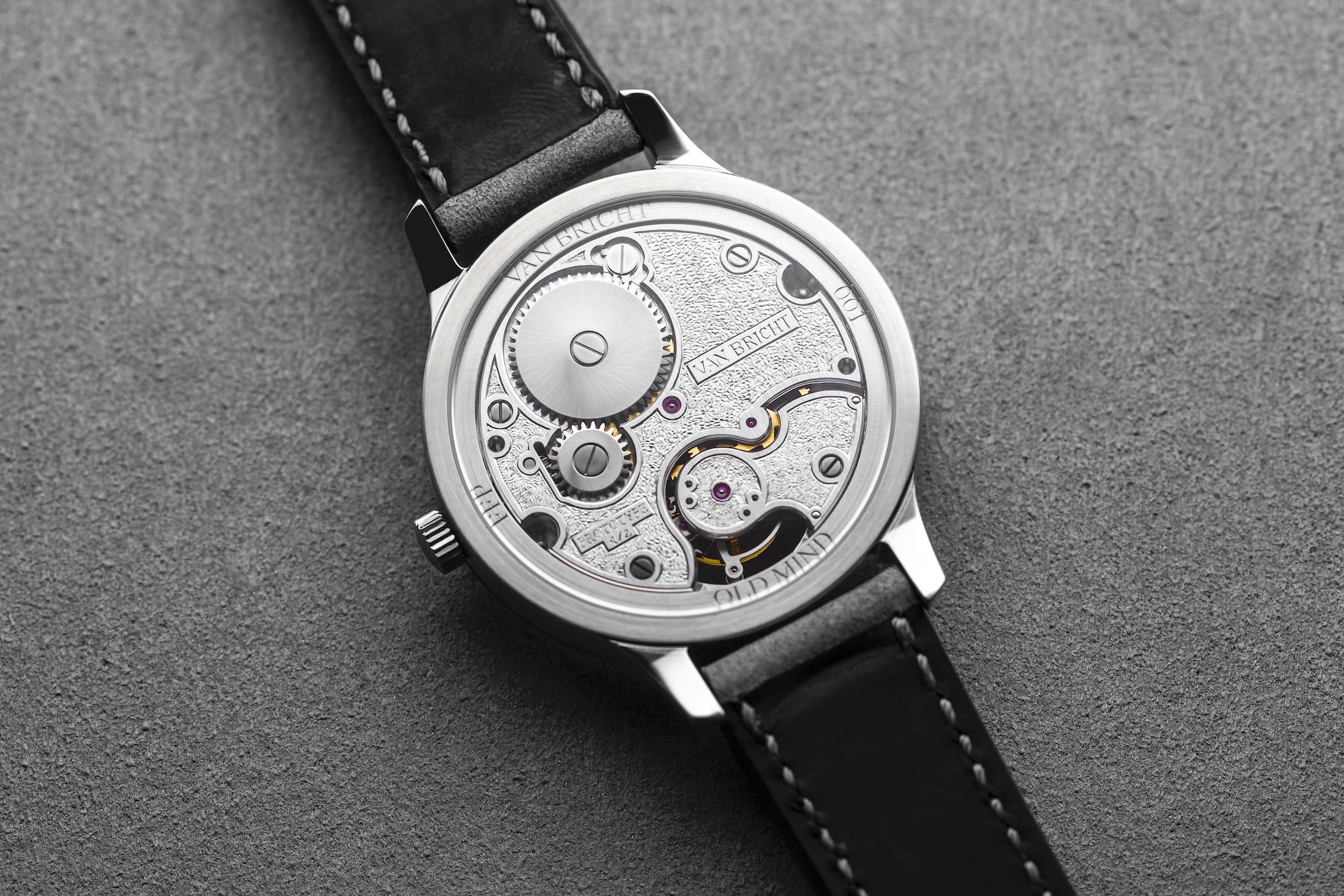 The hand-wound movement, called calibre VB2129, displays the hours, minutes and seconds (on the tourbillon cage). It has a tourbillon regulator, which occupies a large aperture at 6 o’clock on the dial. The Van Bricht Old Mind also has a sapphire caseback, which allows a view of the beautifully decorated movement. All the bridges are made by Van Bricht and have a “hand-hammered” (frosted) surface. The power reserve is comfortable, at 110 hours. 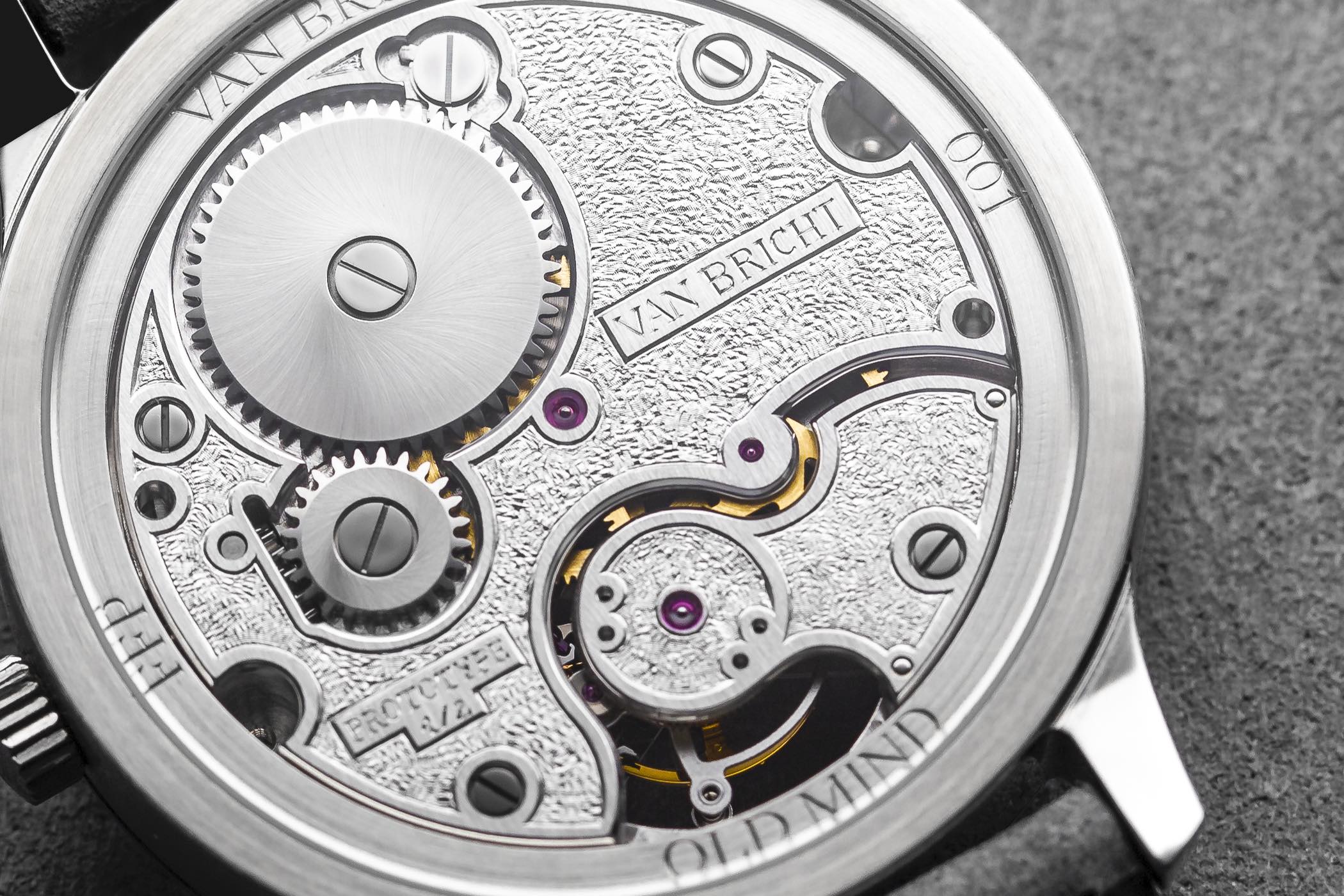 The watch will cost EUR 45,000, which is definitely not cheap, but one has to consider that this is an independently made, hand-finished tourbillon watch. All in all, it could even be seen (relatively speaking) as fairly priced. 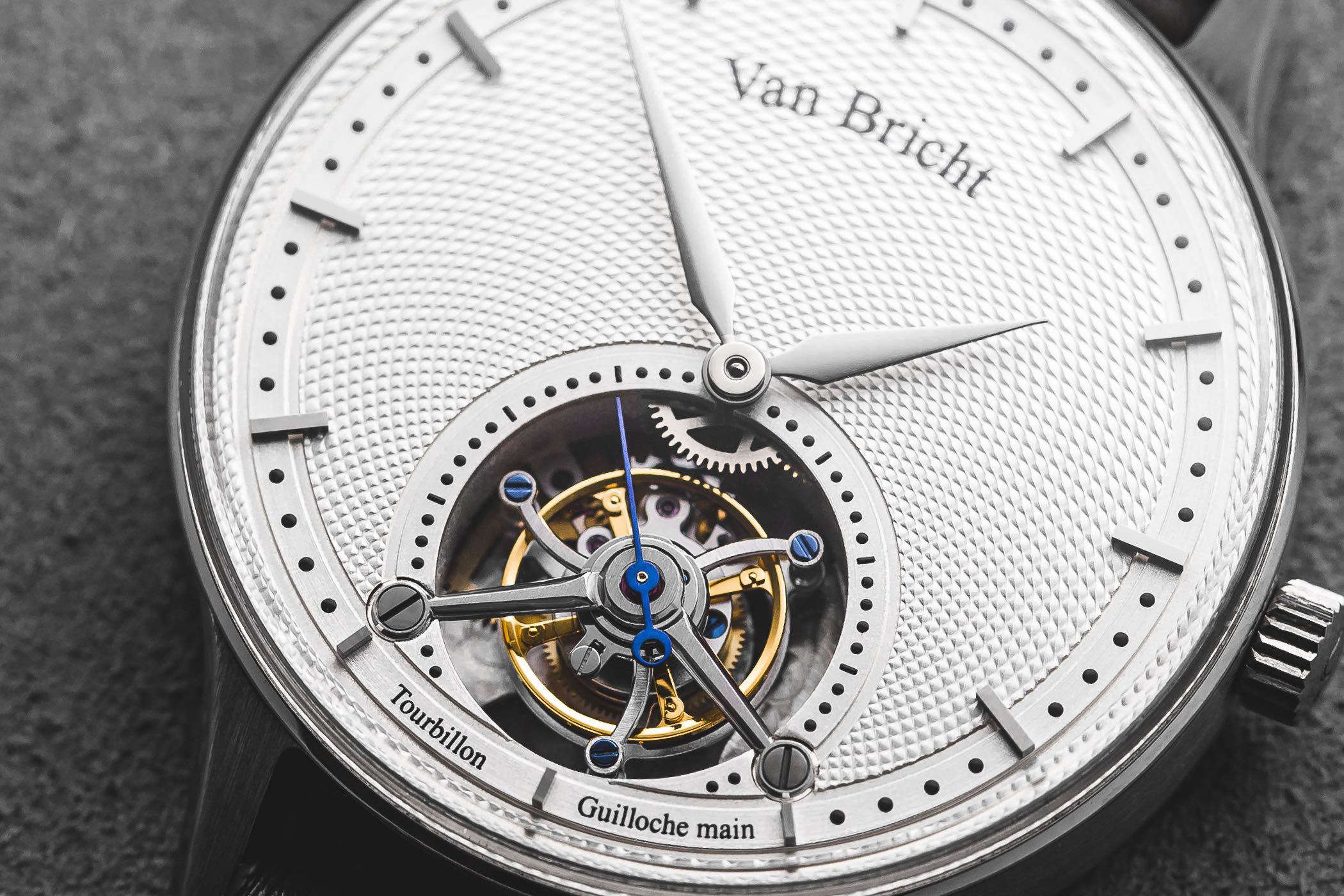 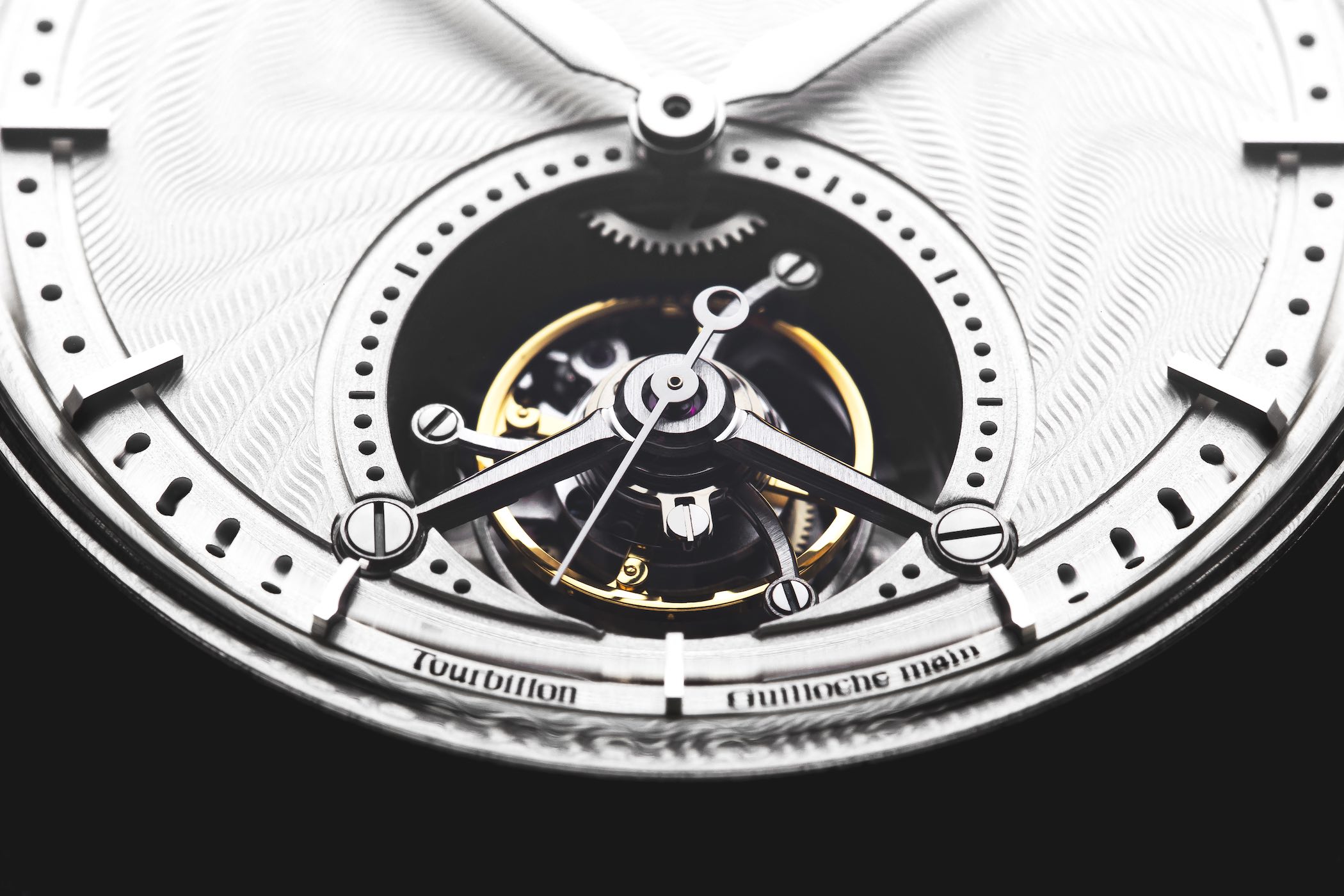 The Van Bricht Old Mind comes in a 40mm steel case, with a thickness of 10.6mm – nice proportions, with short lugs. The case is partially brushed, partially polished and wears comfortably on the wrist. The dial can be ordered with a moiré or a barleycorn pattern, which centres around the tourbillon opening and not, as usual, around the middle of the case. The silver dial itself is made with incredible detail; even the bleaching process is done the old way, in acid.

Despite the traditional methods used, the overall appearance of the watch is quite modern and technical. The indices are made from polished nickel silver and are rhodium plated. The watch has no bezel whatsoever, just a spherical sapphire crystal glass that covers the entire diameter of the watch offering a complete vision without a “dead zone”. Van Bricht is proud to add they invented a new way of integrating the glass into the case, and the patent for that innovation is pending. The watch comes with a beautiful hand-sewn kudu or ostrich strap. With the minute hand nearly touching the minute indices, the length of the hands is also perfectly executed. 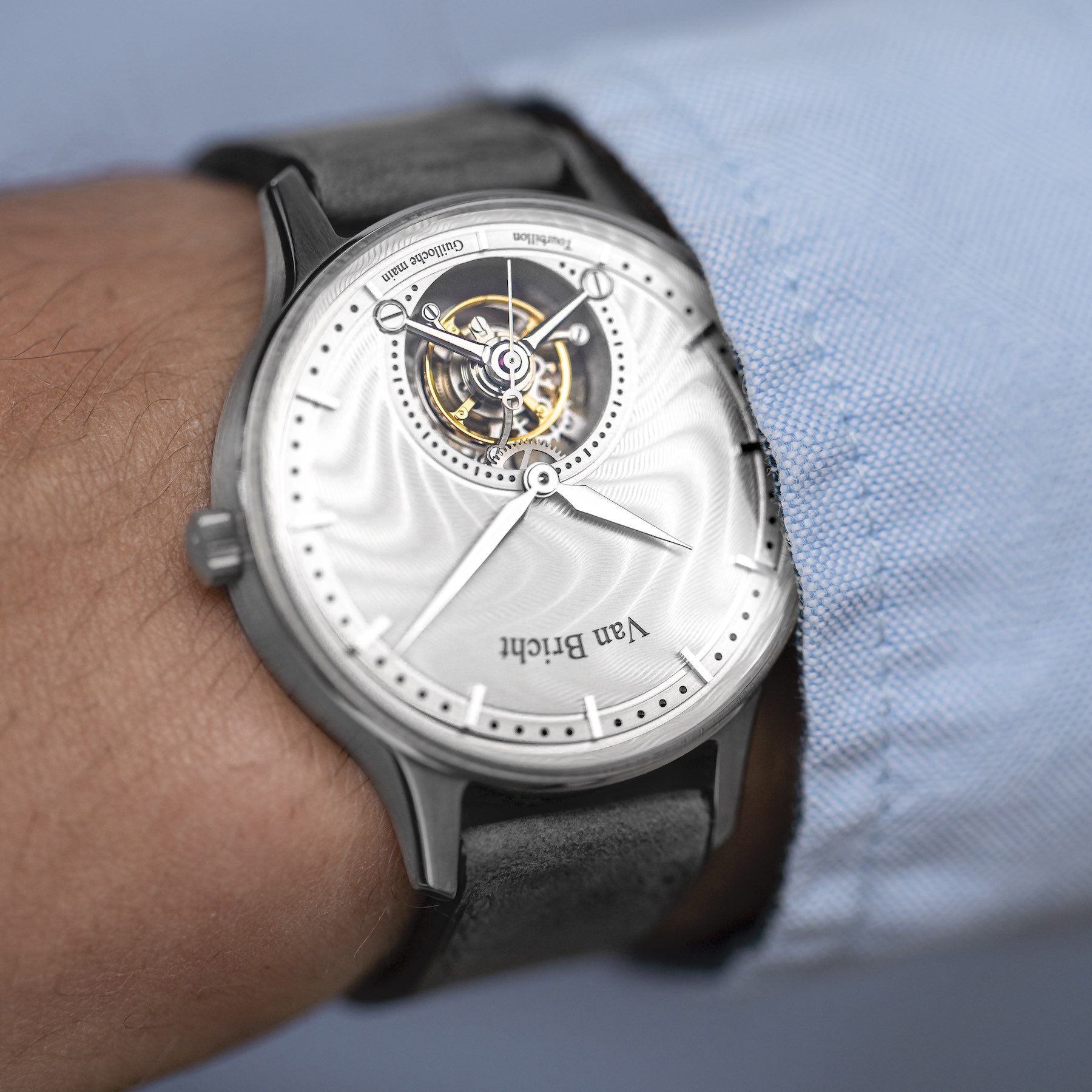 Van Ormelingen learned the craft of guilloché from his teacher, Alain Lovenberg, at watchmaking school. It was that same Lovenberg who introduced him to using the Lienhard machine as well. The Old Mind also features some handmade engravings done by this old master on the back of the case.

The quality control of this new watch was also done in a rather unconventional way. As the two young men didn’t have all the money in the world to use testing facilities, they decided to do this the old way: by hand. “So I went golfing with it, mowing the lawn, went to concerts and to work with it… I’ve worn this prototype on the wrist for months now, and nothing bad happened to it. So I assume it is good for production. If you can even play golf and clap with it…” 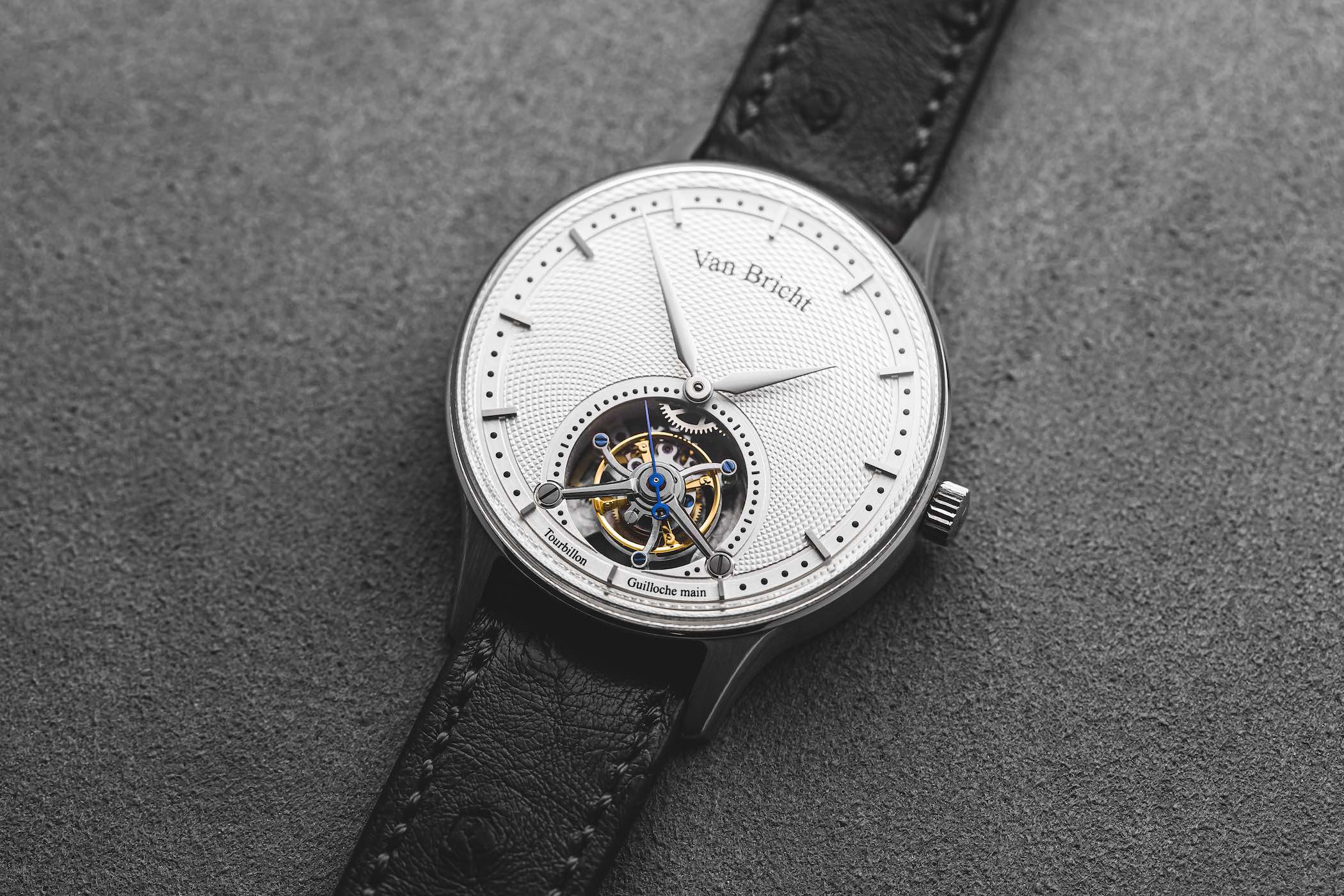 When asked about the next step, Van Ormelingen can hardly contain his joy. The plan is to make only 25 of every model and then move on to the next piece. “If that means that in ten years time we will have made only 250 pieces, then I’m very happy with that,” he says. “We’d rather make even more components ourselves instead of more watches.” In this instance, EUR 45,000 suddenly doesn’t sound like an insane amount of money for a watch.