It’s clear that Ulysse Nardin wants to underline its commitment to high-tech innovation, first made manifest with the Freak and its cutting-edge silicium escapement. This time Ulysse Nardin reaches out to a famous French company renowned for its luxury speakers to co-develop a limited edition of 85 repeaters that will produce a “unique sound experience”. The 43mm titanium Hourstriker Phantom, named after Devialet’s new generation Phantom speakers, incorporates audio technology to amplify the sound of the repeater and extend its resonance to 85 decibels.

French company Devialet is a leading producer of high-fidelity speakers with ergonomic models like the Phantom Reactor, a compact connected speaker that can produce sound up to 108 dB SPL. Since the 1980s, Ulysse Nardin has been producing striking watches creating some of the most elaborate repeaters sometimes coupled with automata (jaquemarts) representing historical scenes with Alexander the Great or Hannibal in action. Ulysse Nardin masters the art of minute repeaters and seems eager to pitch this complication in a more modern setting. 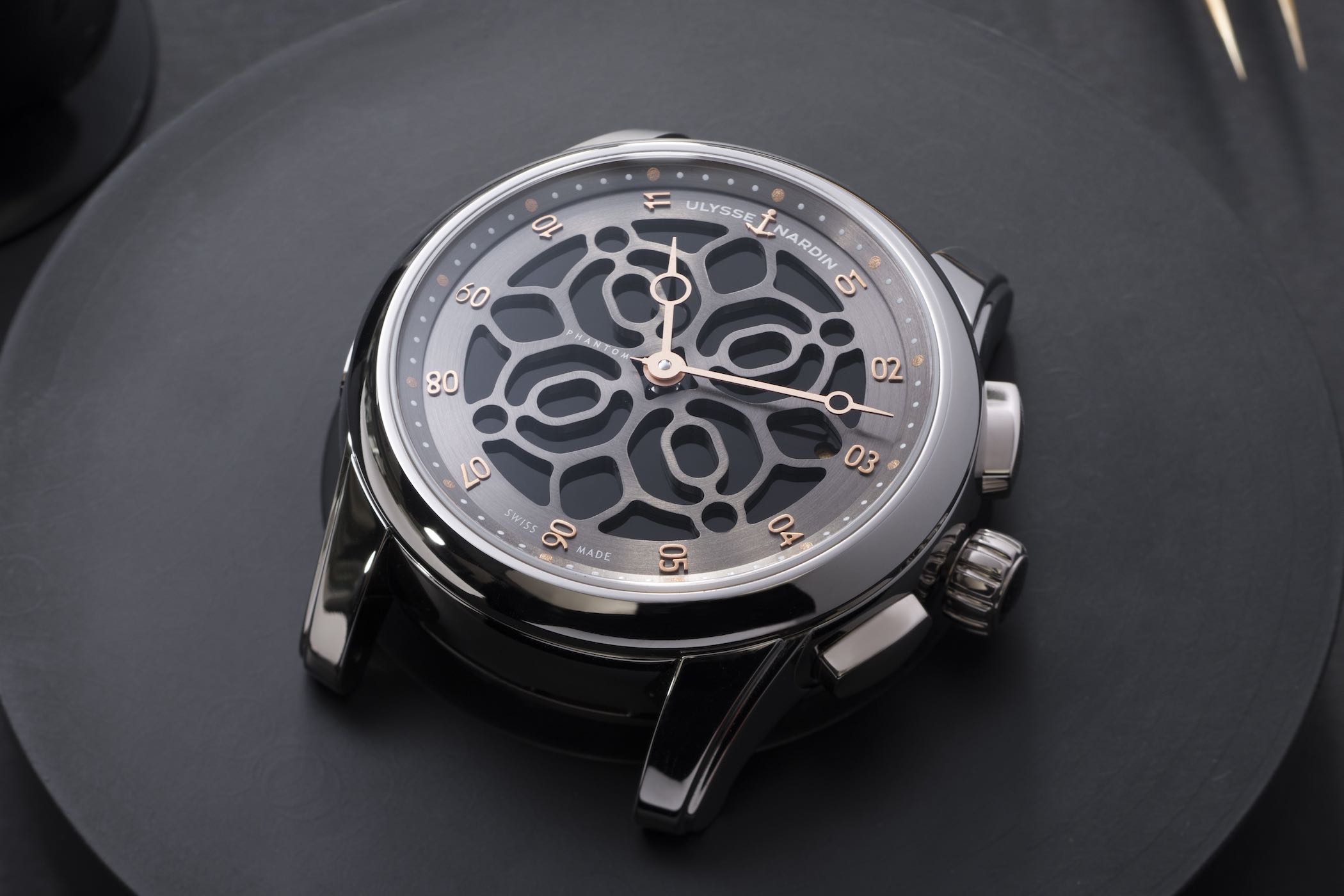 PUMP UP THE VOLUME

With its expertise in distortion phenomena, Devailet collaborated with Ulysse Nardin’s watchmakers to redefine each step in the audio signal chain and deliver the best performance ever recorded on a striking watch – 85 dB to 100mm. Instead of the classic striking mechanism configuration, where the sound frequencies are trapped inside the watch’s movement, the Hourstriker Phantom redirects the sound frequencies outside the case. To let the sound travel beyond the confines of the case, the reverse side of the watch has eight perforations under its membrane. 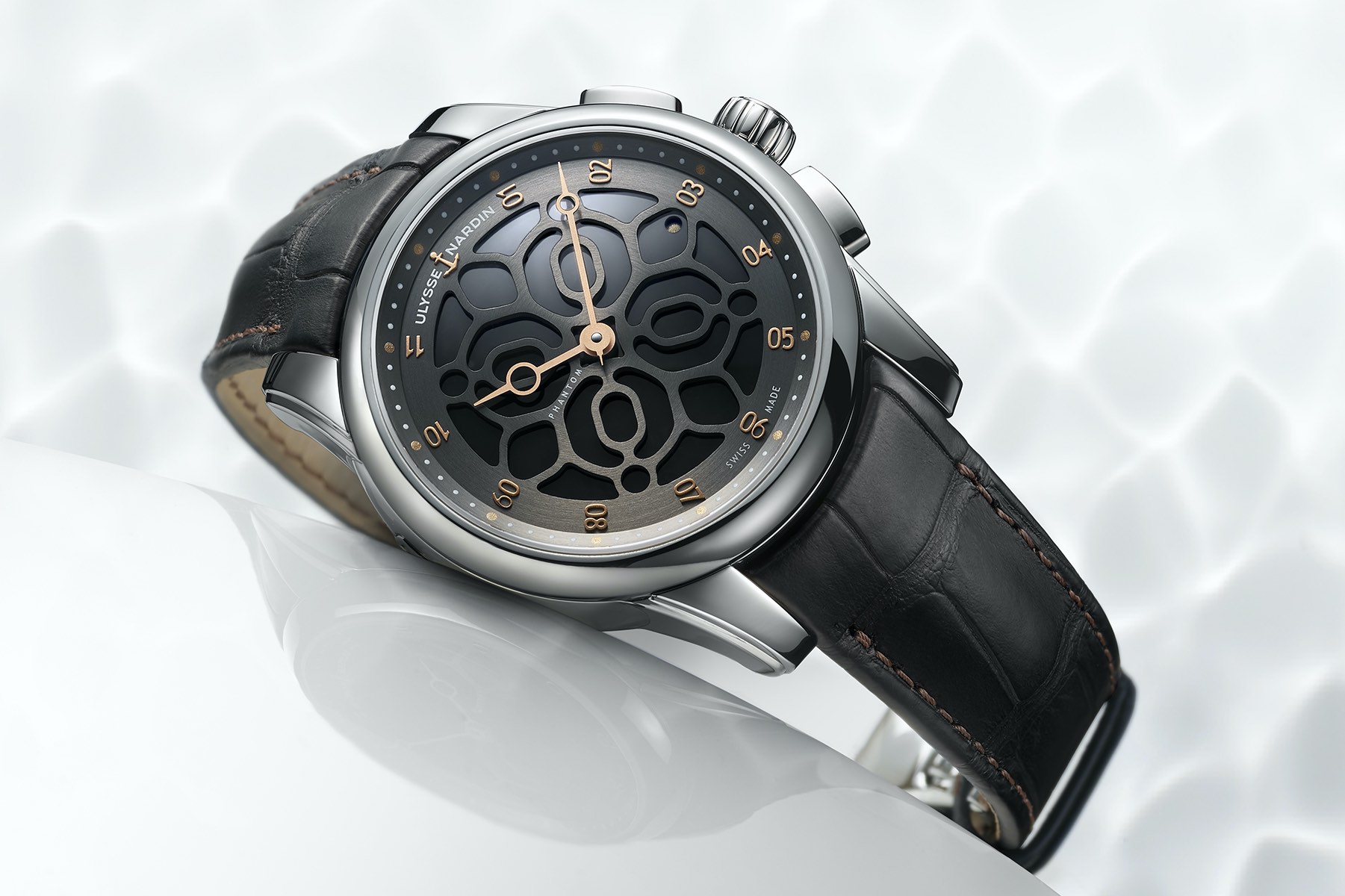 The Ulysse Nardin Hourstriker Phantom Devialet chimes the hour and half-hour on command and is housed in a 43mm polished titanium case. The cut-out area of the dial is decorated with Chladni figures, a visual representation of different vibration modes on a solid surface developed by the German physicist and musician Ernst Chladni. Underneath the sculpted structure, a tinted glass partially hides the movement. The rose gold colour of the hands – similar to Breguet hands – indicate the double-digit Arabic numerals. Next to the 3 o’clock marker is a small aperture that appears with a rose gold background and disappears again when the striking mechanism is activated or deactivated. Fitted with an automatic movement, UN-610, the watch has a power reserve of 42 hours.

The Hourstriker Phantom is a limited edition of 85 watches and will retail for CHF 72,500 making it – if the brand is correct – the most affordable watch of its kind on the market. For more information please visit ulysse-nardin.com.