Ulysse Nardin is no stranger to the aquatic world. If the brand has a long tradition of marine chronometers, it has also long been involved in dive watches as well as protection of the oceans and their population, specifically sharks – remember the multiple Hammerhead Shark editions done by the brand in past years. Now, as part of the celebration of World Ocean Day, the brand unveils a new model that is, once again, entirely devoted to ocean conservation and reducing marine pollution. This watch follows the DIVER NET concept, by teaming up with world-renown shark experts dedicated to the study of marine life and ocean conservation by bringing together two dedicated organizations, OCEARCH and the FIU Medina Aquarius Program. And the watch, the new Ulysse Nardin Diver Lemon Shark is focused on a gentle giant that lives in Florida.

With this watch and more to come, Ulysse Nardin has pledged its efforts in an environmental commitment that follows the United Nations guidelines and their 17 sustainable development goals (SDG), set to be met by 2030. The goal of UN is to reduce marine pollution by integrating materials culled from the ocean whenever possible into its products, as it was teased by the DIVER NET concept watch, a model that emphasized the brand’s idea to create straps from discarded fishing nets. With this watch, Ulysse Nardin also renews its commitment to sea conservation by teaming up with two organizations devoted to the protection of sharks. 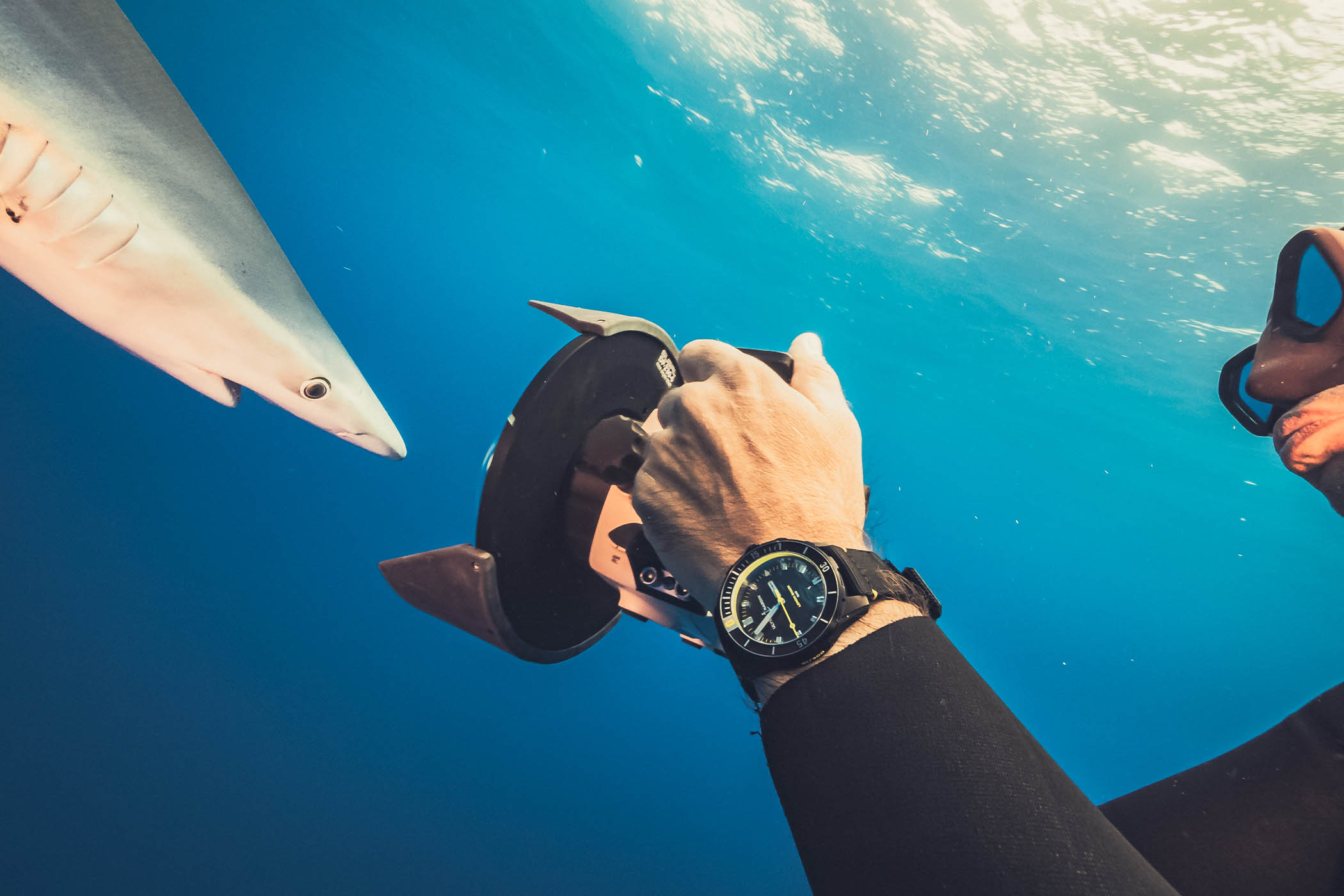 “Sharks are essential to the natural order of marine ecosystems. By studying these misunderstood and often feared animals we are able to learn more about their feeding habits, mating processes and movements in the ocean. This ultimately allows us to understand how to best protect them.” For this, UN is announcing its partnership with OCEARCH, a nonprofit organization that helps scientists collect and access previously unattainable data in the ocean. OCEARCH has for instance developed the sophisticated Shark Tracker App, which allows scientists and the general public to follow along in real time with sharks that have been previously tagged by the organization and its collaborators. Also part of this commitment to ocean conservation, Ulysse Nardin teams up with the FIU Medina Aquarius Program in the Florida International University Institute of Environment. The world’s only underwater research and education laboratory, Aquarius is deployed 60 feet beneath the surface of the Florida Keys National Marine Sanctuary. Finally, part of the adventure is photographer and ocean explorer Fred Buyle, who has contributed to the bio-tagging of sharks.

All of these initiatives have for goal to protect sharks, and in particular the lemon sharks, carnivores that feed on fish and crustaceans. Named as such because they are easily camouflaged thanks to their yellow colour, they might even have the ability to form social bonds and learn from each other. 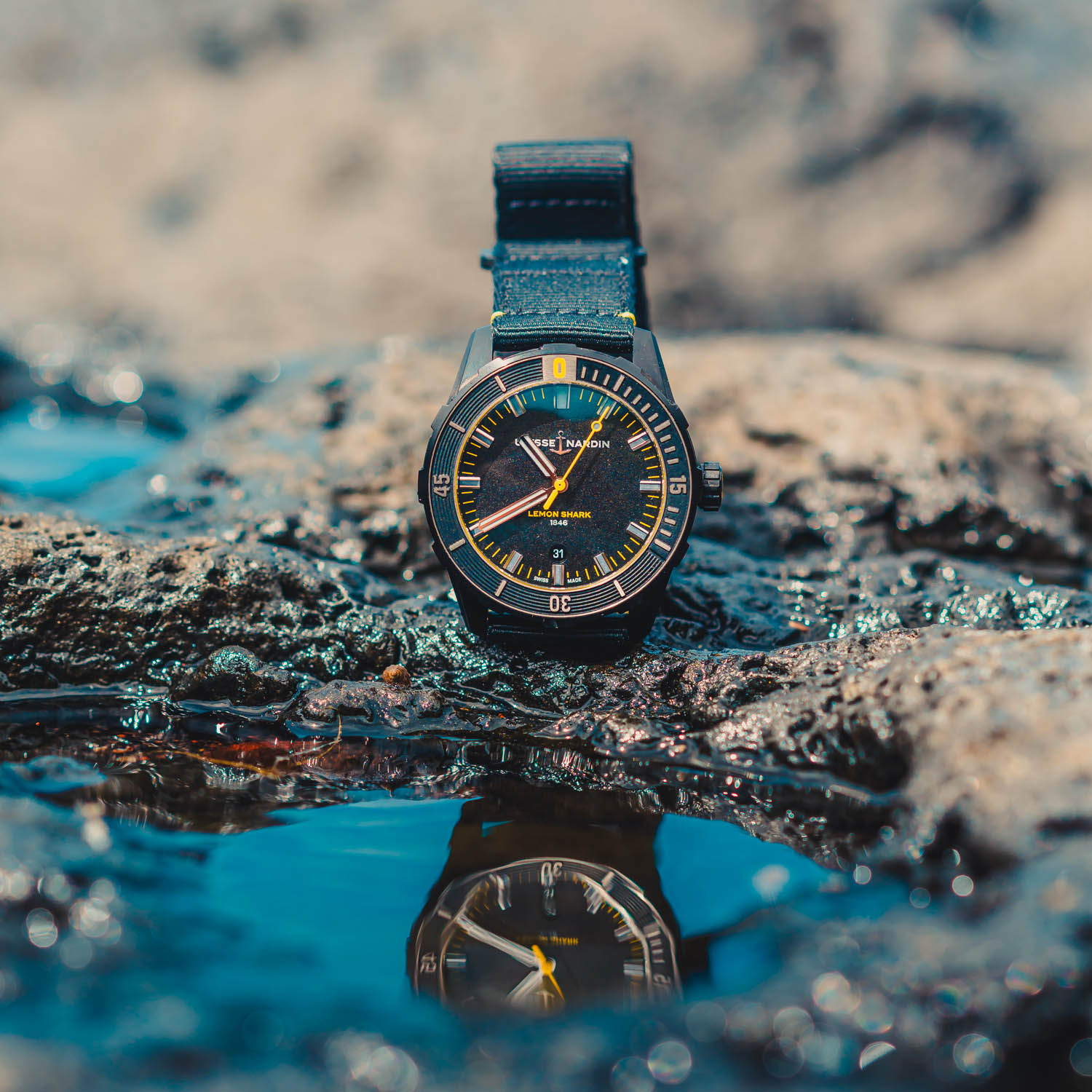 In order to seal this commitment to ocean and shark conservation, Ulysse Nardin launches a limited edition based on the classic Diver 42mm. Identical in specifications and proportions, the new Ulysse Nardin Diver Lemon Shark is housed in a 42mm stainless steel case that has been black-coated with DLC. It retains the concave bezel profile, with a 60-minute diving scale engraved in positive relief, and with a concentric pattern. The entirely blackened habillage is highlighted by touches of yellow for the 0 marker and the logo on the crown. The watch also retains its diving credentials, with a 300m water-resistance. On top is a domed sapphire crystal and the screwed back is decorated with a shark-theme motif.

The dial of the Ulysse Nardin Diver Lemon Shark follows the same theme, with a matte sand-blasted black surface with yellow accents all around – for the minute track, the seconds hand and the logo at 6 o’clock. The hands and applied indexes also retain the look of the classic UN Diver, and are largely filled with “shark grey” Super-LumiNova. A date is positioned at 6 o’clock in a tone-on-tone window. At the heart of the watch is the calibre UN-816, which is based on a Sellita SW-300, modified by the brand to include the signature silicon technology for the escapement. 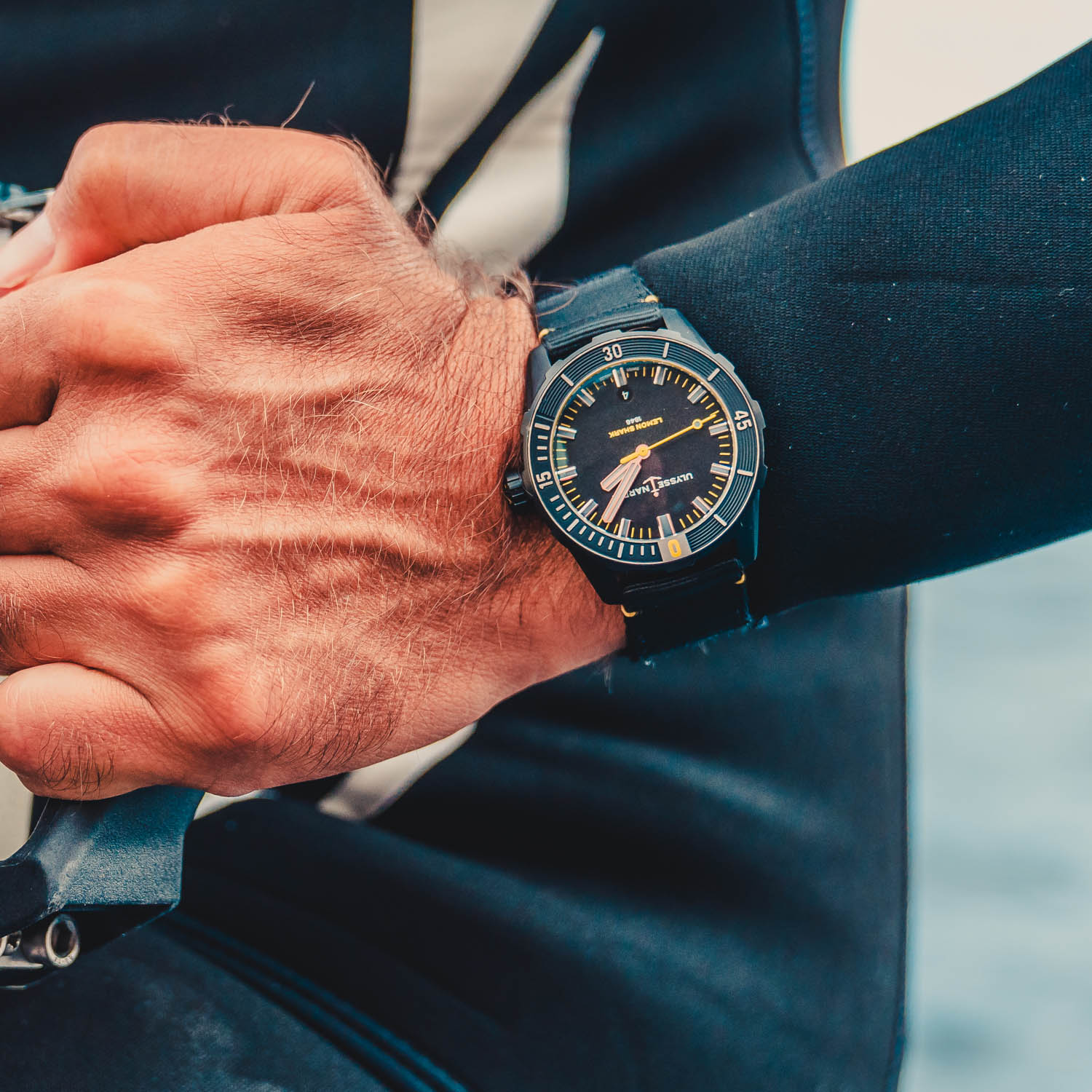 Just like the DIVER NET Concept, the new Diver Lemon Shark is worn on an R-STRAP made from recycled fishing nets collected in France. The black textile strap is closed by blackened titanium hardware and has touches of yellow to match with the dial and case. 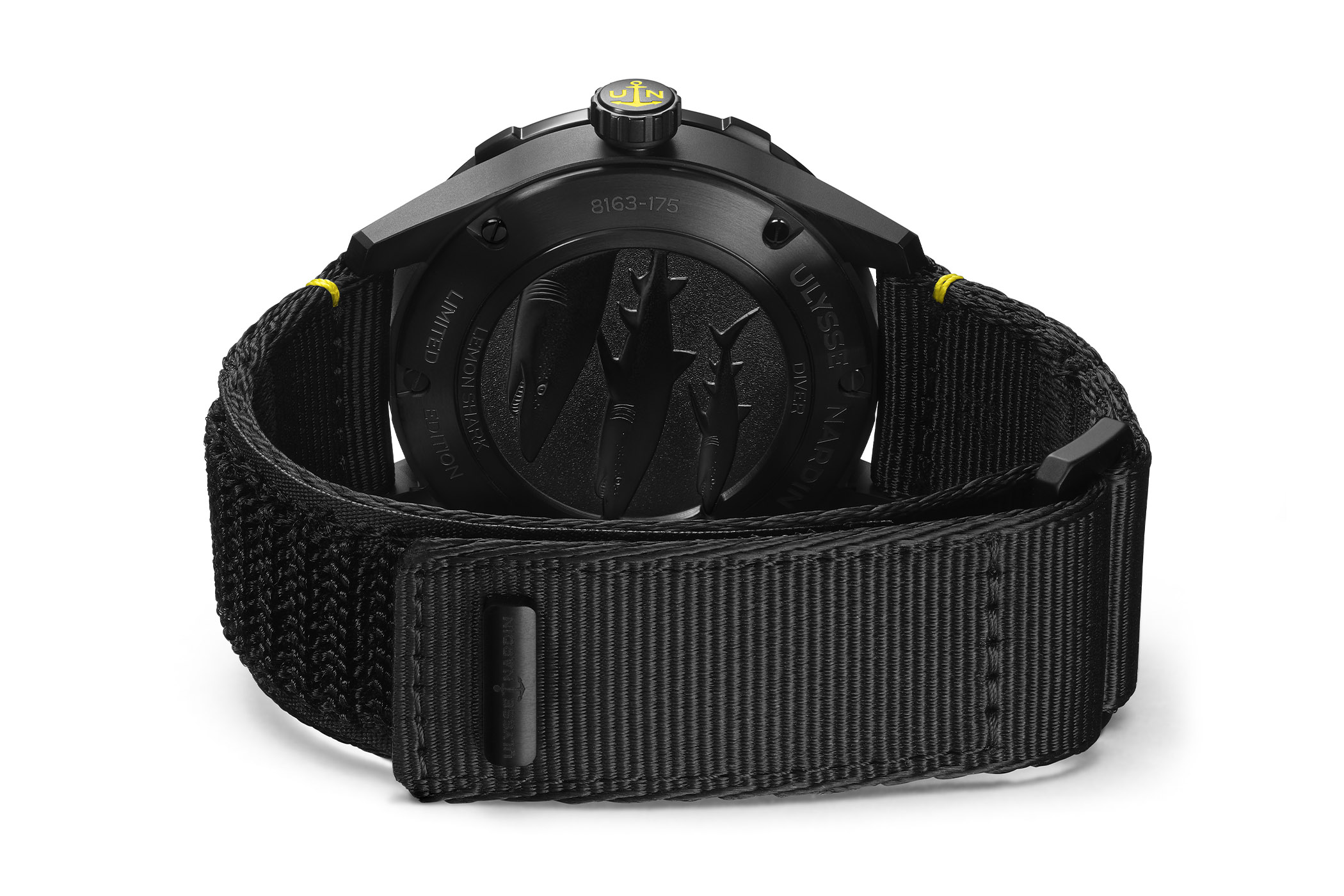 The Ulysse Nardin Diver Lemon Shark will be limited to 300 pieces and priced at EUR 6,300, CHF 6,900 or USD 7,300. For more details about the watch and the partnerships, please consult www.ulysse-nardin.com, www.ocearch.org and aquarius.fiu.edu.