When Singer Reimagined first burst upon the independent watchmaking scene the industry was stunned by this seemingly out-of-nowhere revolutionary take on the chronograph. The Singer Reimagined Track 1 featured a groundbreaking and complex mechanical chronograph movement developed in close collaboration with Agenhor, the AgenGraphe. It landed the newly founded company with the GPHG award for best chronograph watch in 2018, just a year after the Track 1 was first launched. Five years onward, we’ve seen numerous editions of the innovative Track 1, the equally ingenious FlyTrack and the stripped-down SKLT. Leading up to this year’s Geneva Watch Days, Singer Reimagined introduces the lightweight Track 1 SKLT Carbon. 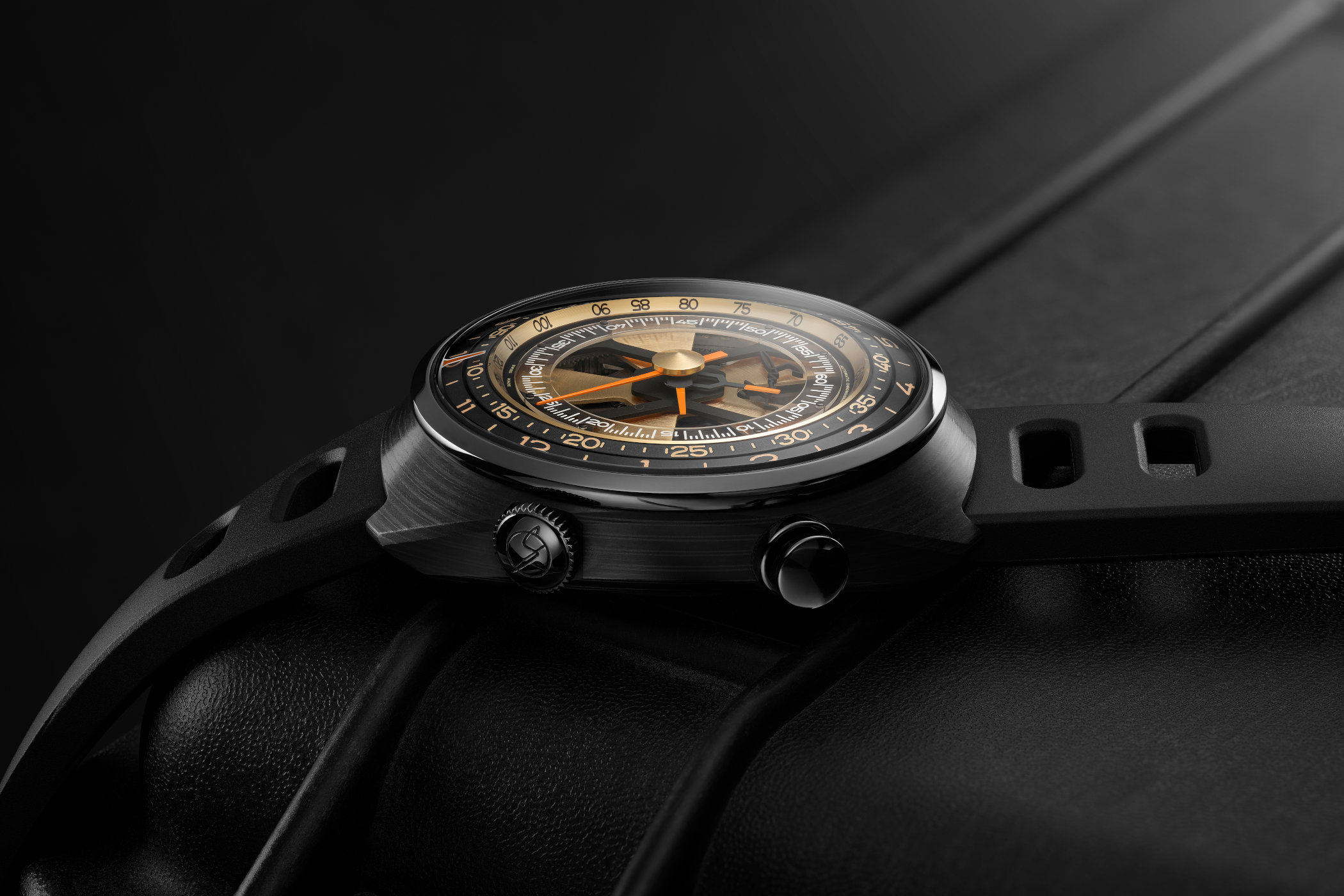 The tonneau-shaped case of the Singer Reimagined Track 1 SKLT Carbon is made from a solid block of stratified forged carbon fibre, which cuts the weight down drastically compared to the yellow-gold Track 1 SKLT we saw earlier this year. It still measures 43mm in diameter and 15mm in height, and features pushers on either side of the case to start, stop and reset the chronograph function. The polished black coated bezel provides a touch of contrast against the matte finish of the carbon case. The slim crown is partly nestled into the lower left lug section and is used to set and wind the watch. A domed sapphire protects the front, while a see-through caseback reveals the mechanical marvel inside.

Just like in its yellow-gold predecessor, the Track 1 SKLT Carbon pulls back the covers of the front side of the movement. You can now see the rotor that normally is hidden between the movement and dial. This is partially hidden by the gold-coloured minutes wheel, which is shaped somewhat like the iconic Otto Fuchs wheels found on vintage Porsche cars. The minutes themselves, and the hours for that matter, are read off the black ceramic ring on the outer perimeter of the dial, with an orange indicator at 6 o’clock. All chronograph indicates are mounted on a central axis, and use the suspended sapphire crystal ring with a single 60-unit scale for both seconds and minutes. 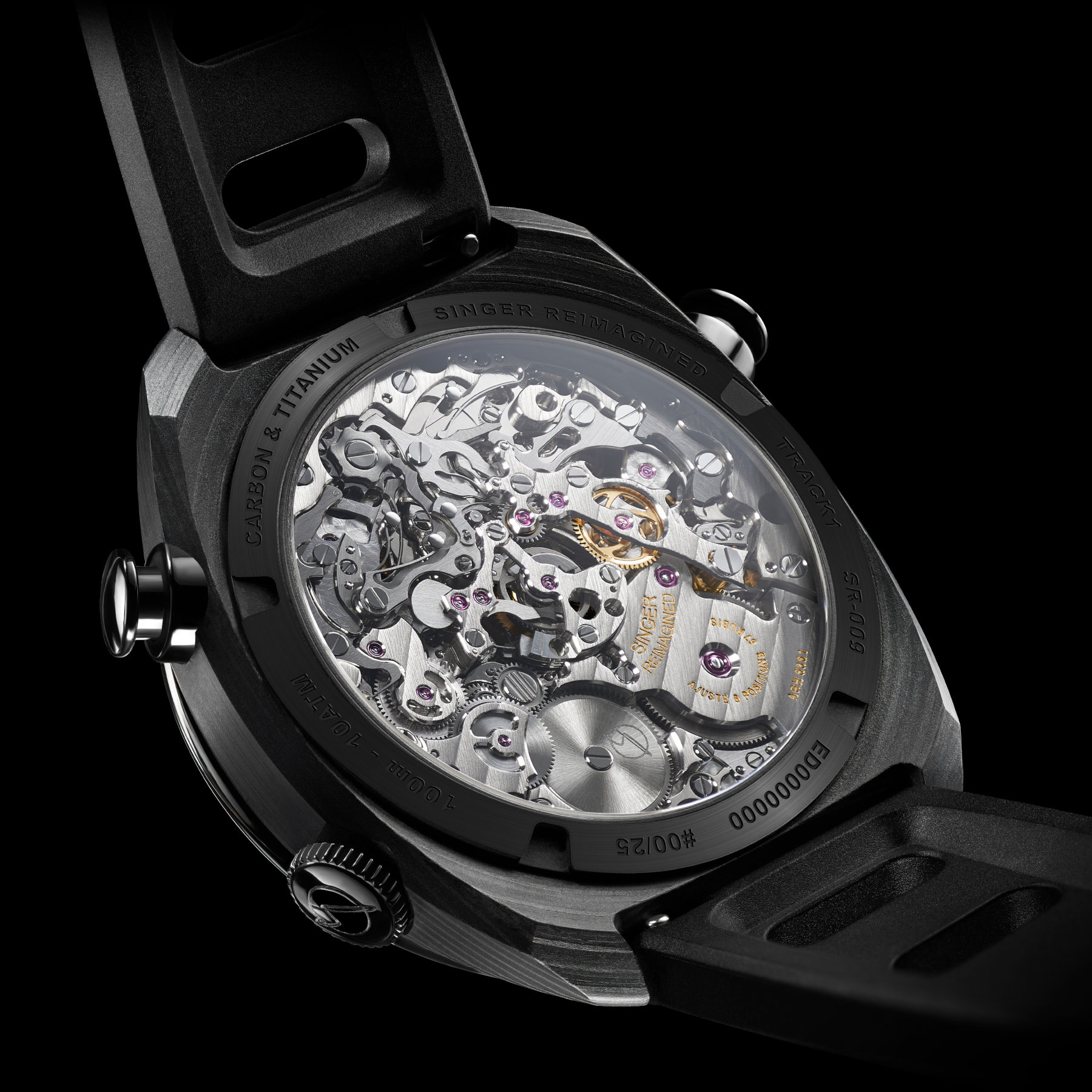 On the mechanical side of things, nothing has changed. The Singer Reimagined Track 1 SKLT Carbon still uses the impressive and complex Calibre Singer 6361, otherwise known as the AgenGraphe. This is constructed with no less than 477 components, including 67 jewels. The hand-wound chronograph movement uses a column-wheel and innovative clutch system to allow for a smooth-as-silk chronograph operation. The genius of the movement is that it puts the chronograph function displayed from the centre of the watch. It runs at a frequency of 21,600vph and offers 60 hours of power reserve. For more details on this stunning piece of mechanical engineering, check our in-depth story from when it was first launched. 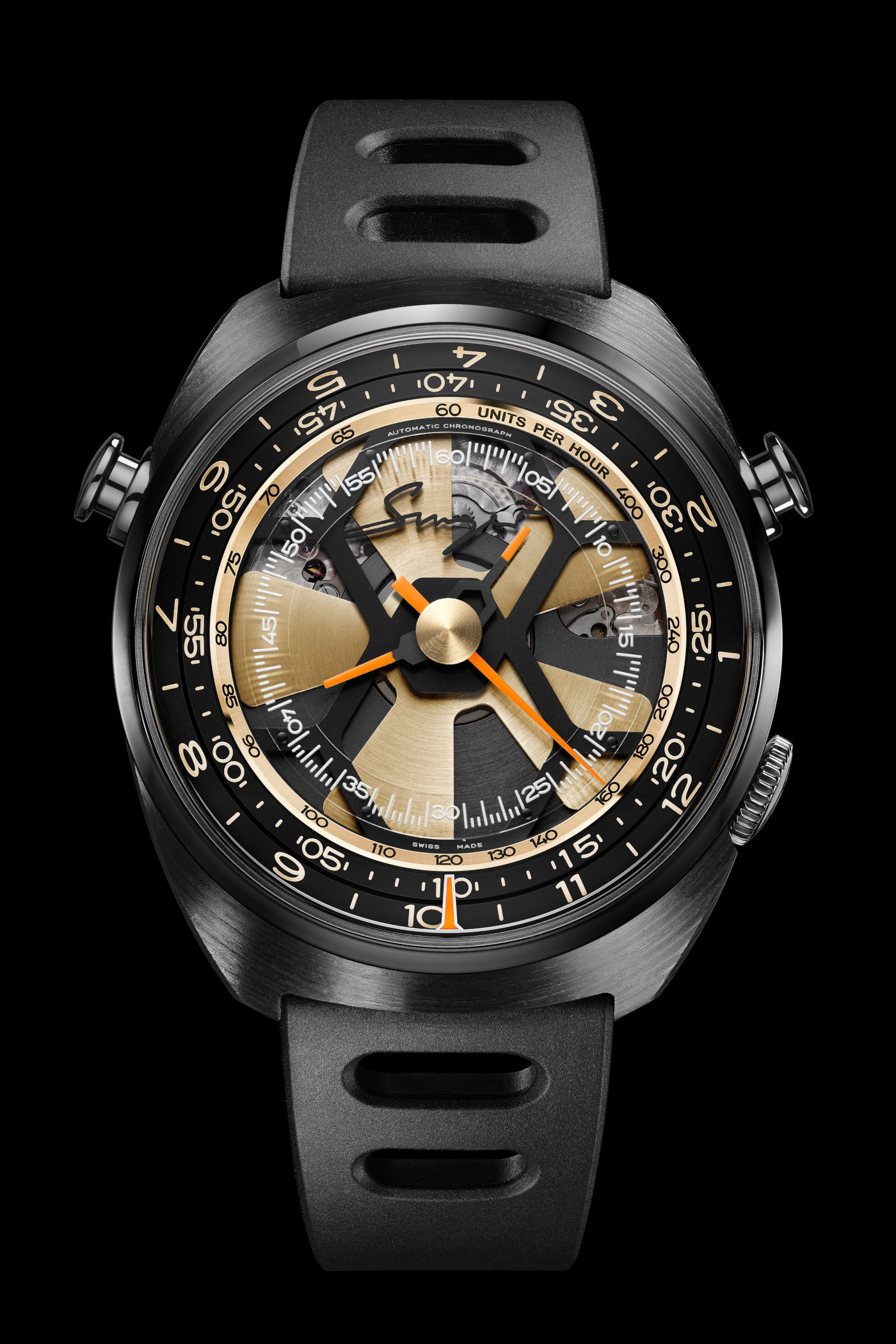 The Singer Reimagined Track 1 SKLT Carbon is worn on a black rubber strap with Singer Signature design. This strap comes with a black DLC coated stainless steel folding buckle to stay in line with the overall black look of the watch. Presented as a limited edition of 25 numbered pieces, it retails for CHF 60,000 before taxes.