The world’s thinnest mechanical watch pays homage to the Swiss Jura village of La Côte-aux-Fées, where Georges Edouard Piaget founded his watch company in 1874. It is here that every ultra-thin Piaget movement – from the calibre 9P of 1957 to the 2mm Altiplano Ultimate Concept – is born. Far from the madding crowds, La Côte-aux-Fées is a bucolic setting with lush green scenery in the spring and summer months. Piaget pays tribute to its birthplace with the latest rendition of the Altiplano Ultimate Concept decked out with details in deep forest green, a colour designed to evoke the verdant forests and fields surrounding the manufacture. 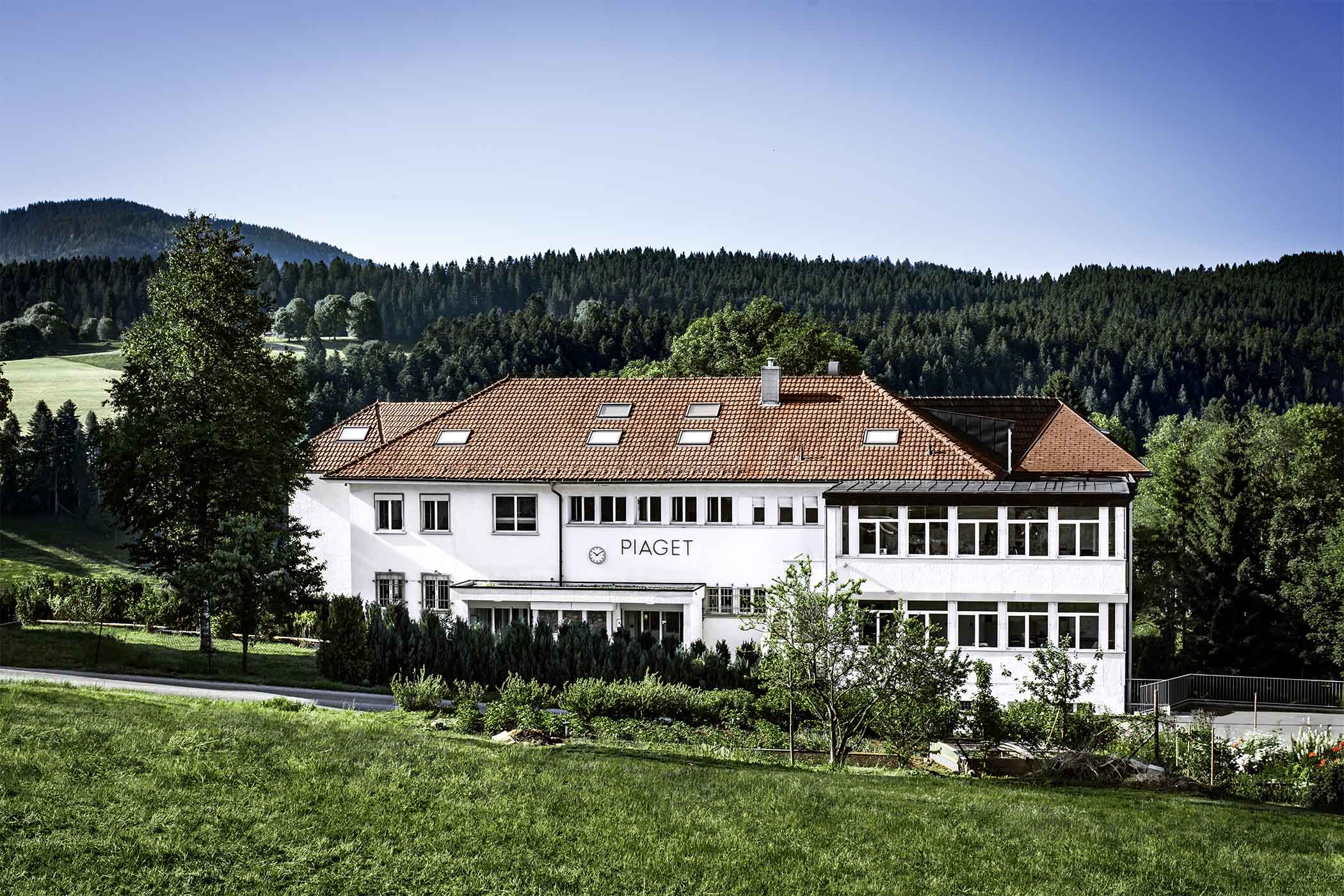 What started as a concept in 2018 became a full-fledged reality in 2020. Piaget’s remarkable Altiplano Ultimate Concept, the thinnest mechanical watch in the world, made headlines when it was unveiled in 2018 and took home the coveted ‘Aiguille d’Or’ prize at the 2020  Grand Prix d’Horlogerie de Genève (GPHG). 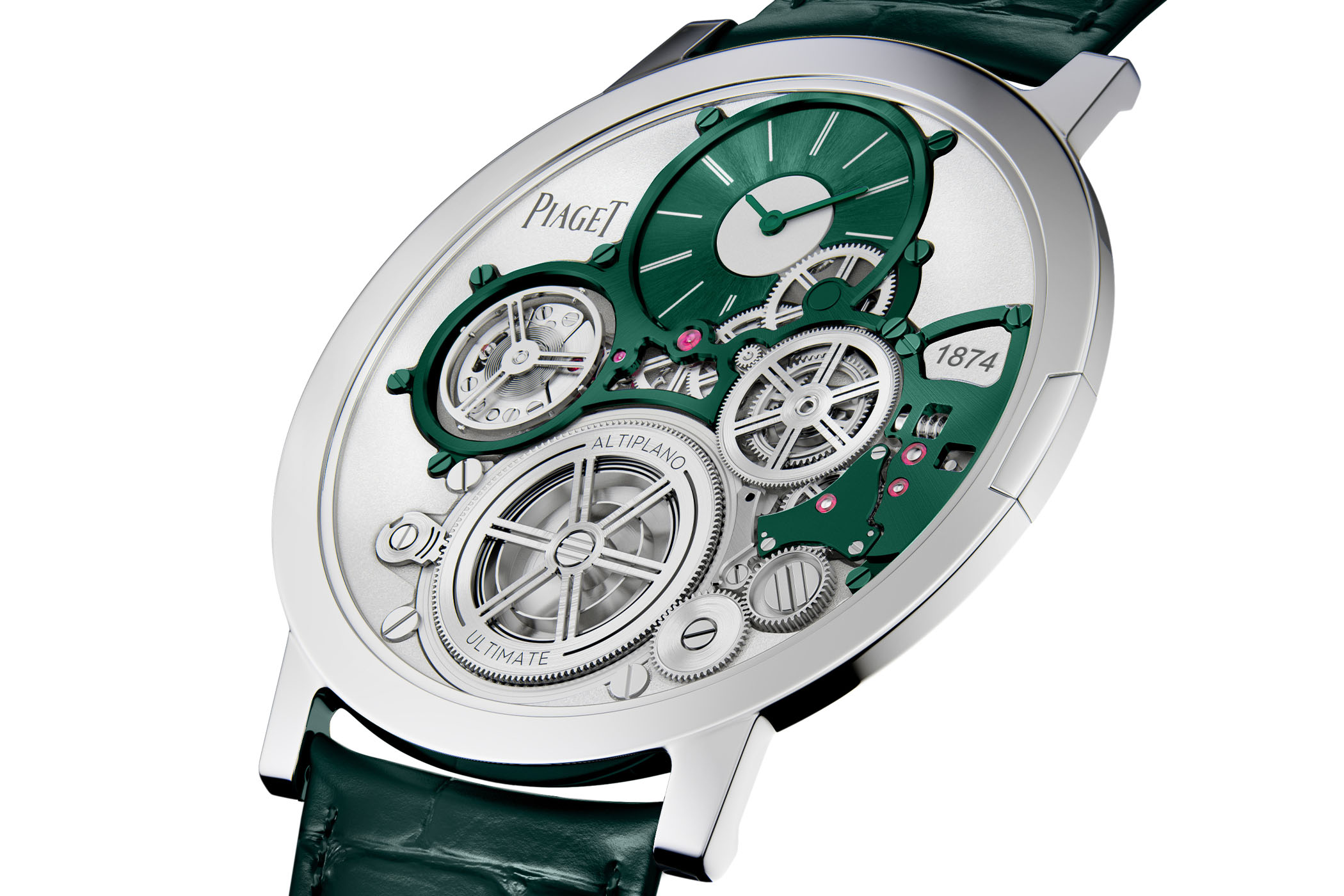 For the last 65 years, Piaget has tirelessly improved upon its ultra-thin movements. The mastery of slim movements has forged the brand’s identity and reputation since 1957 when Valentin Piaget presented the 2mm high calibre 9P, the thinnest manual-winding movement in its day. Since then, Piaget has continuously set milestones in the field. In 1960, the 2.3mm micro-rotor calibre 12P was then the thinnest automatic movement. With the 2.1mm calibre 430P developed by Piaget in this millennium, the brand has continued crafting elegant dress watches. However, the arrival of the Altiplano Ultimate Concept in 2018 smashed every record out there, hands down. Thinner than a one Euro coin, the height of the entire watch, movement and case, is just 2mm. A result of six years of R&D and protected by five patents, the Altiplano Ultimate Concept radically redefined the architecture of the watch by fusing the movement’s mainplate, case and bezel into one single component.

To get a feel for what this watch is all about, we invite you to take a look at the videos and in-depth articles published on MONOCHROME since its 2018 debut.

How Green is my Valley

The latest Altiplano Ultimate Concept is embellished with tones of forest green applied to the hour and minutes dial and hands, as well as the bridge and screws on the dial. The green areas are satin-brushed and coated with an atomic layer deposition (ALD) for additional protection. 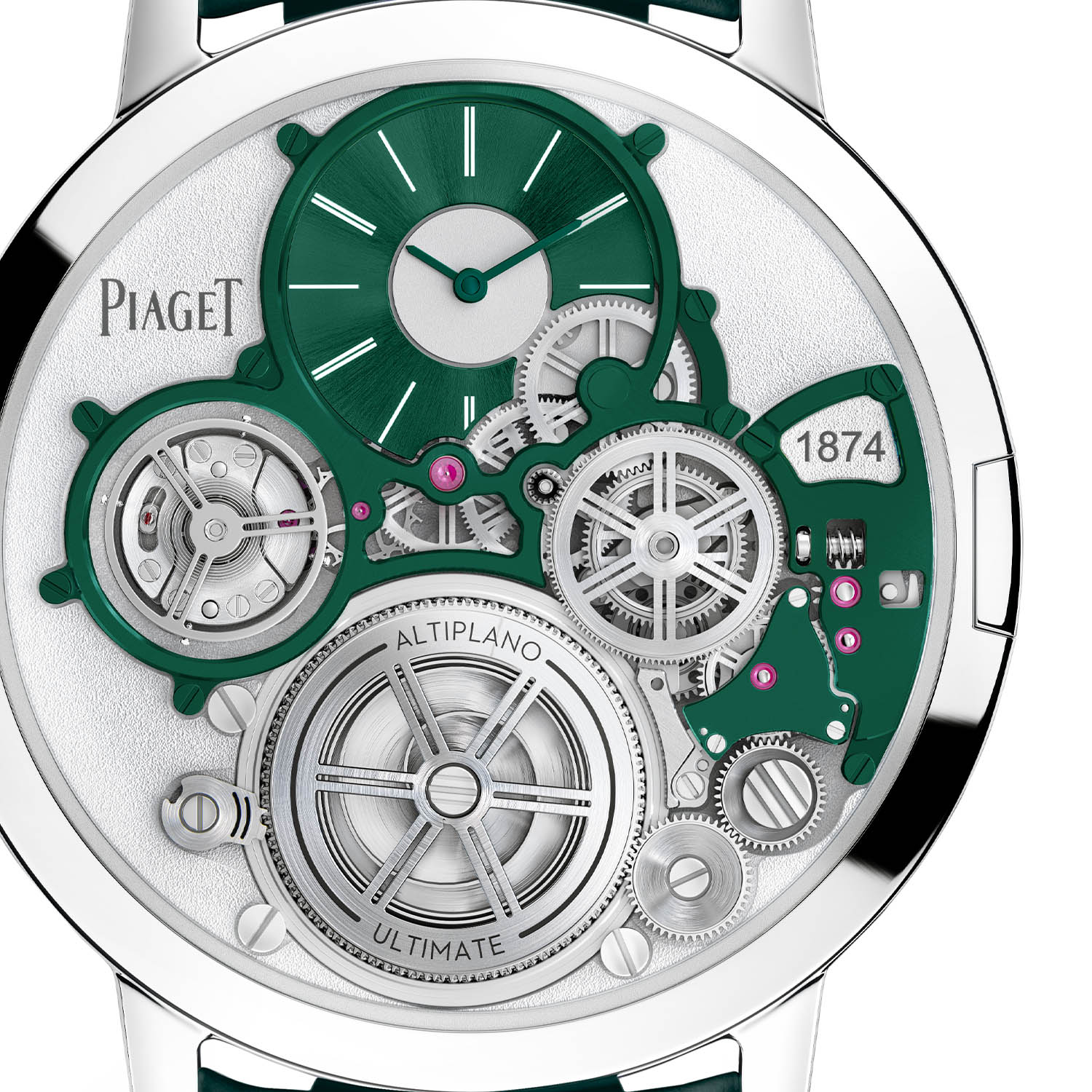 The 41mm case is a cobalt alloy and beautifully polished throughout to contrast with the rich green details and the bright pink colour of the rubies. The grainy white mainplate framing the movement is engraved with Piaget and 1874 in reference to the year Piaget was founded. Echoing the green details on the dial, the alligator leather strap is also forest green. The Altiplano Ultimate Concept, reference G0A46503, retails for CHF 408,000. 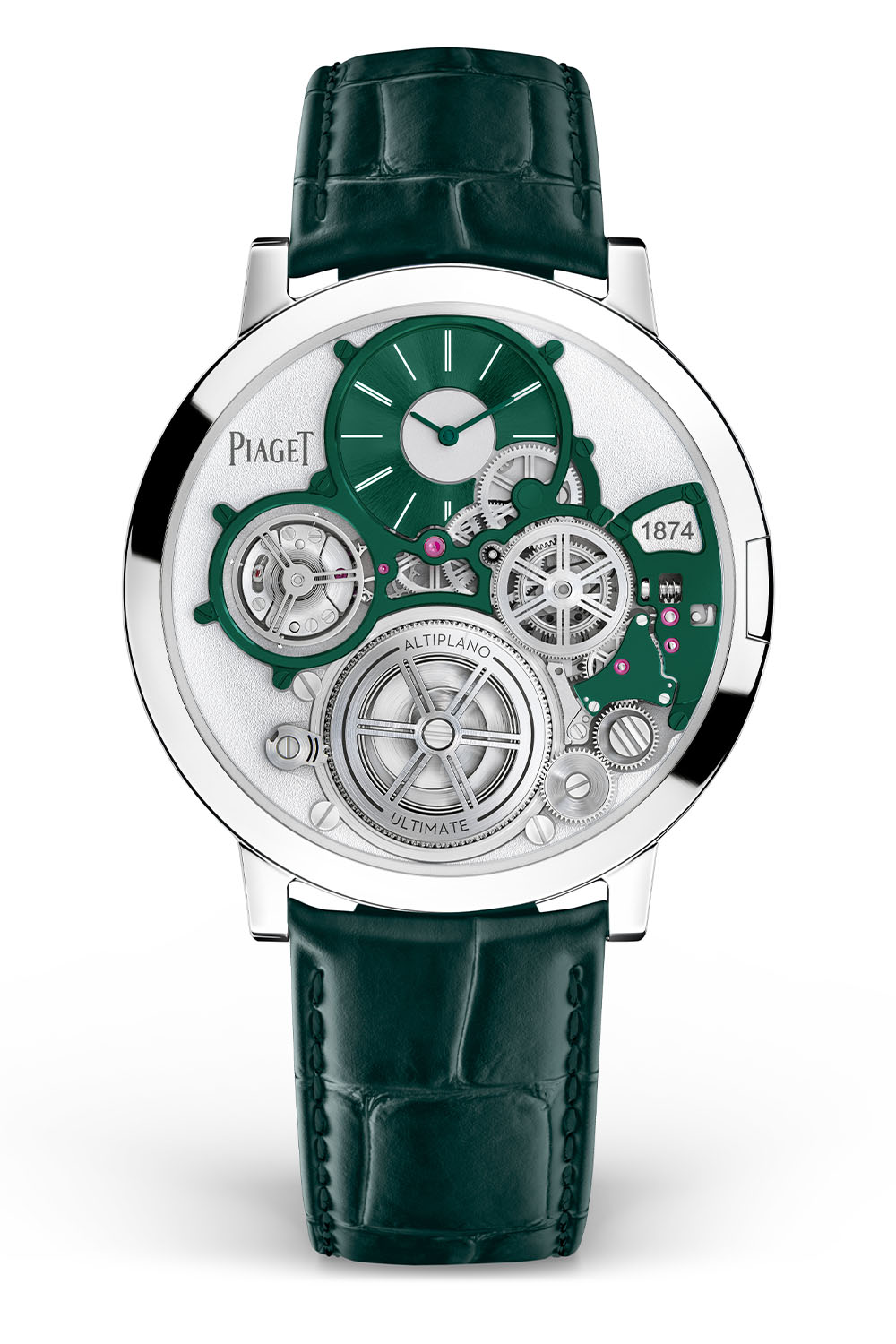