If you follow the independent watchmaking, you have probably heard about the Louis Moinet Space Revolution and its spectacular twin planetary flying tourbillons with two orbiting spaceships acting as counterweights. Jean-Marie Schaller, the brand CEO and creative director, often refers to ‘Mechanical wonders’ and ‘Cosmic Art’ as the main sources of inspiration. Presented during Dubai Watch Week, the Louis Moinet Astronef proposes a new take on the concept, leaving aside the ‘cosmic’ inspiration to focus on the captivating mechanics of its animated movement. 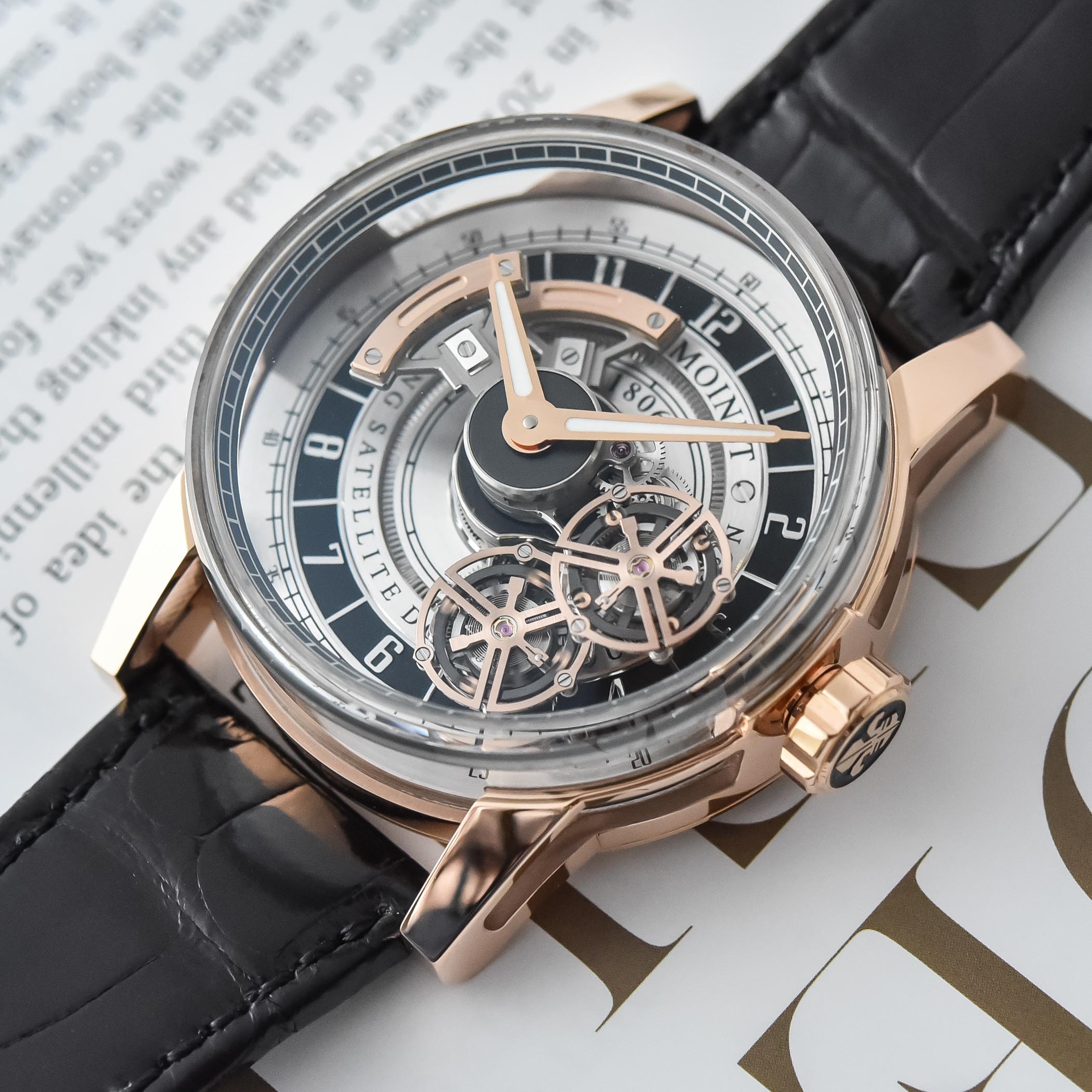 If the Astronef reinterprets the technology developed for the Space Revolution, it brings the concept in a different direction. Louis Moinet still puts time under glass, housing its tridimensional animated movement inside a box domed sapphire crystal mounted on a gold chassis with openwork lugs (it measures 43.5mm for the gold base and 41.6 mm for the sapphire top). Yet, it does away with the science fiction side of the watch. Instead of animating space ships, the twin planetary tourbillons are presented in more traditional execution, in particular for the 18k gold counterweights and, obviously, with the two-tone black and silver dial that offers a much clearer time indication. 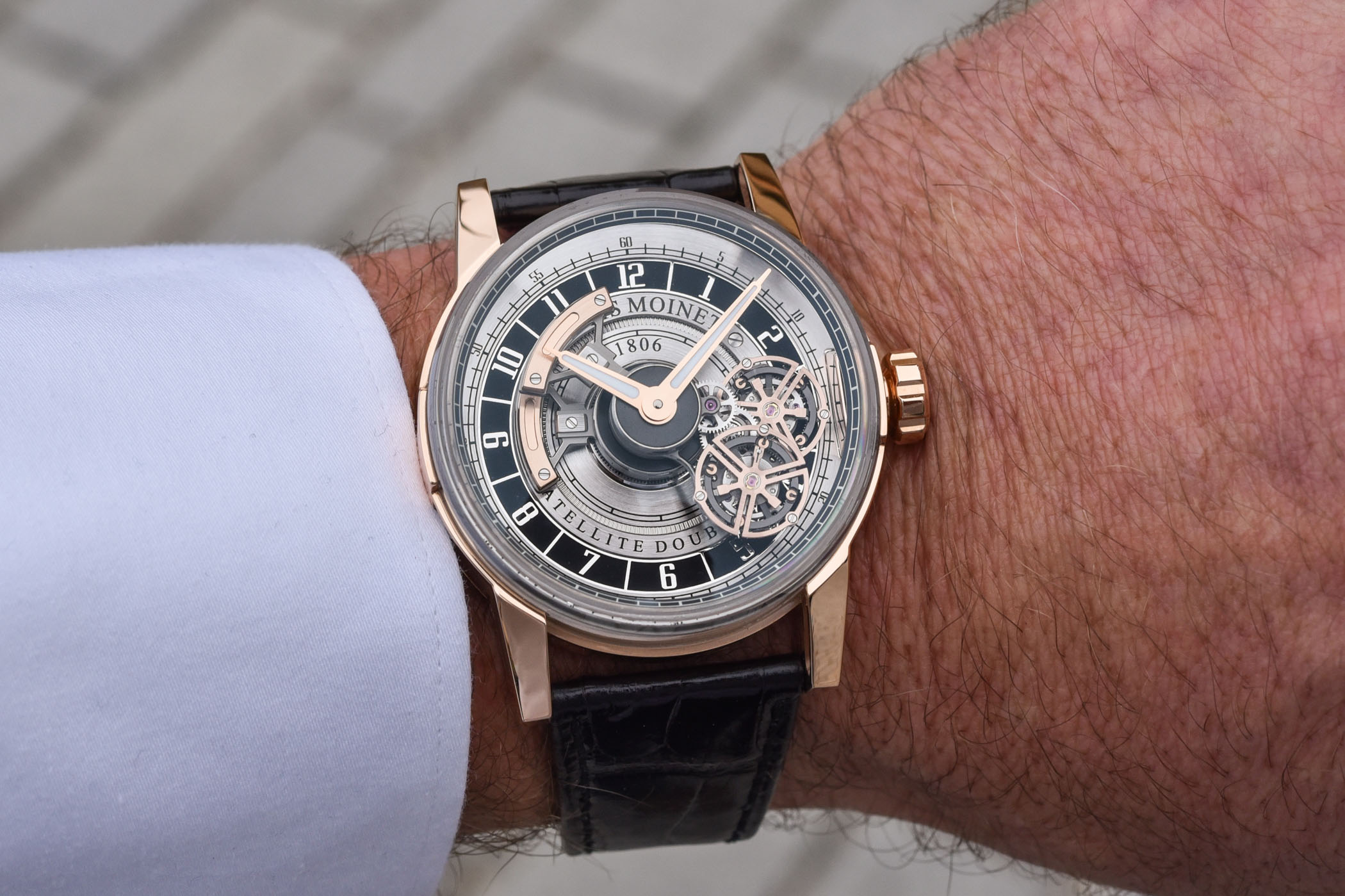 From a technical perspective, the hand-wound LM 105 calibre orchestrating these captivating revolutions relies on the same principles. The movement is regulated by twin tourbillons with a differential mechanism to average out their respective rates. Built on different levels and crossing paths every 3 minutes and 20 seconds, these rotate in opposite directions. The central “tower” connects them with the hands. Each tourbillon is driven by its own barrel and the power reserve is of 48 hours when fully wound.

Turning the watch over, a sapphire crystal partially reveals the movement finished with Geneva stripes and its openworked barrels. The crown has only one position and hence cannot be pulled out, but, the smart selector on the back of the watch allows you to switch between winding and time-setting modes. 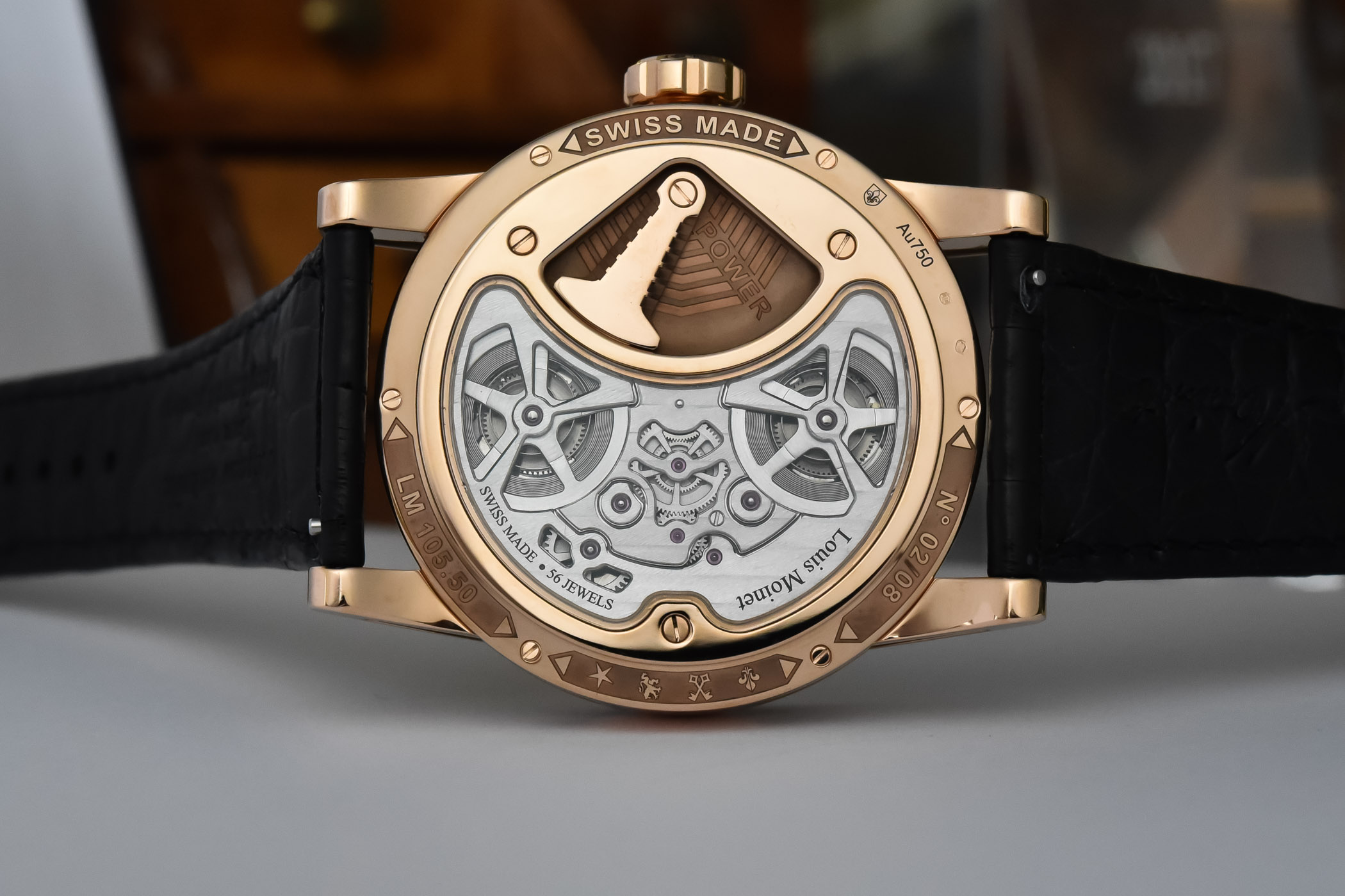 The Louis Moinet Space Astronef is worn on an alligator strap with an alligator lining. The gold folding clasp is in the shape of a Fleur de Lys. A limited edition of eight pieces only, it retails for CHF 360,000.