Hanhart is, without a doubt, one of the coolest German brands and one with a rich history. Mostly known for its pilot’s chronographs, the Black Forest-based manufacturer has recently released a spate of Pioneer watches, with one surpassing all the others in the ‘cool’ department: the re-edition of the 417 ES. This watch, based on the first pilot’s chronograph for the German armed forces, was produced in 42mm cases until now.  Made in partnership with The Urban Gentry, Hanhart releases a 39mm edition, the Hanhart 417 ES Red Lion. 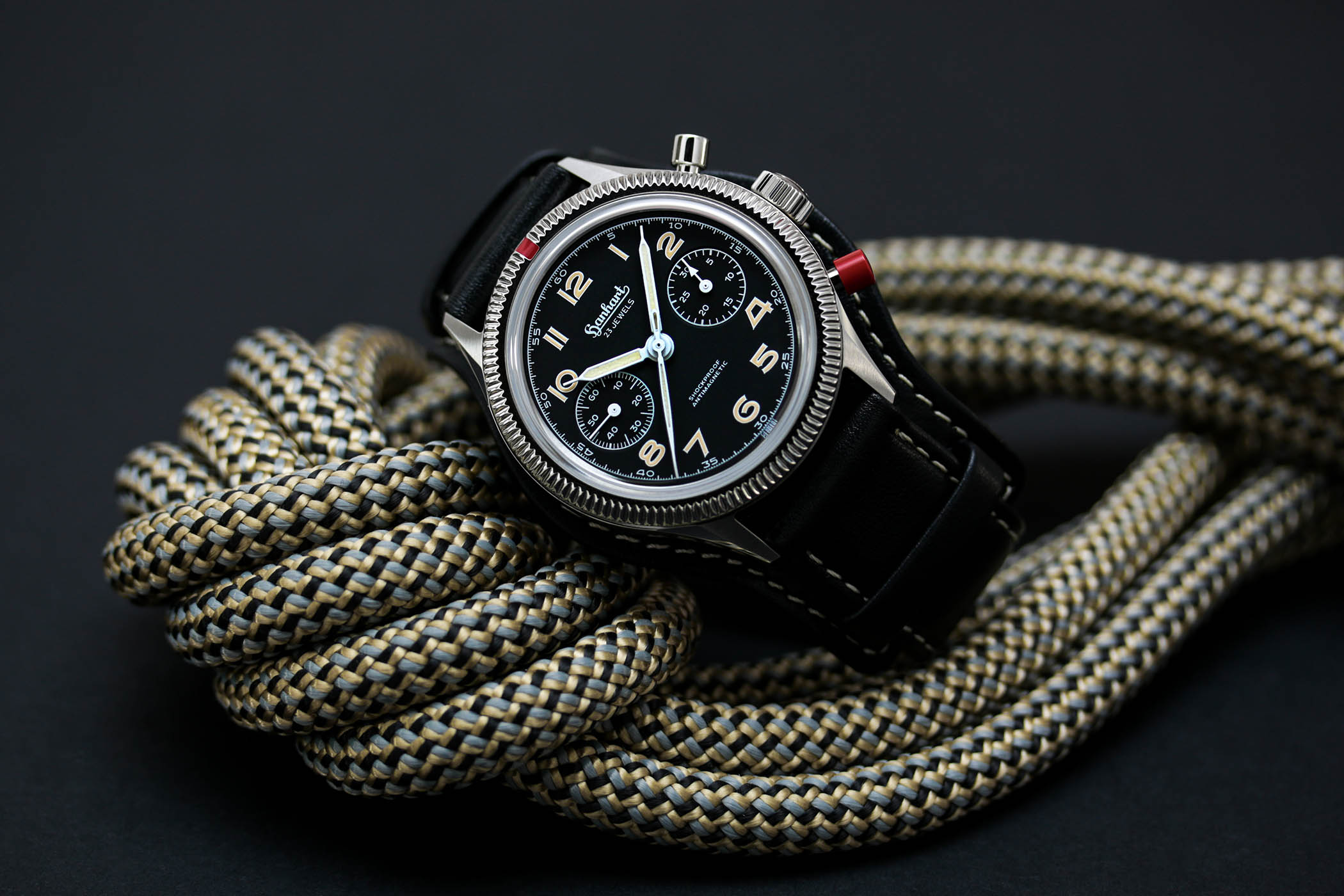 Hanhart has long specialised in stopwatches and chronographs. And by the time Europe entered the war, Hanhart started to deliver purpose-built wrist chronographs for military forces. The first Hanhart chronograph launched in 1938 and was powered by the company’s in-house, single-pusher calibre 40. The model became popular with both German pilots and naval officers during the war. A year later, the TachyTele pilot’s chronograph launched with the new calibre 41, a double-pusher flyback movement. In the mid-1950s, Hanhart built the first pilot’s chronograph for the German armed forces based on three criteria: robustness, reliability and readability. The result of these requirements gave birth to the watch known as the 417, available in chrome-plated brass (417) and stainless steel (417 ES, for Edelstahl, German for stainless steel). The original Hanhart 417 ES, a watch measuring 39mm in diameter, had all the classic attributes of Flieger chronographs and Hanhart stopwatches, with the signature continuously rotatable fluted bezel with a red marking. 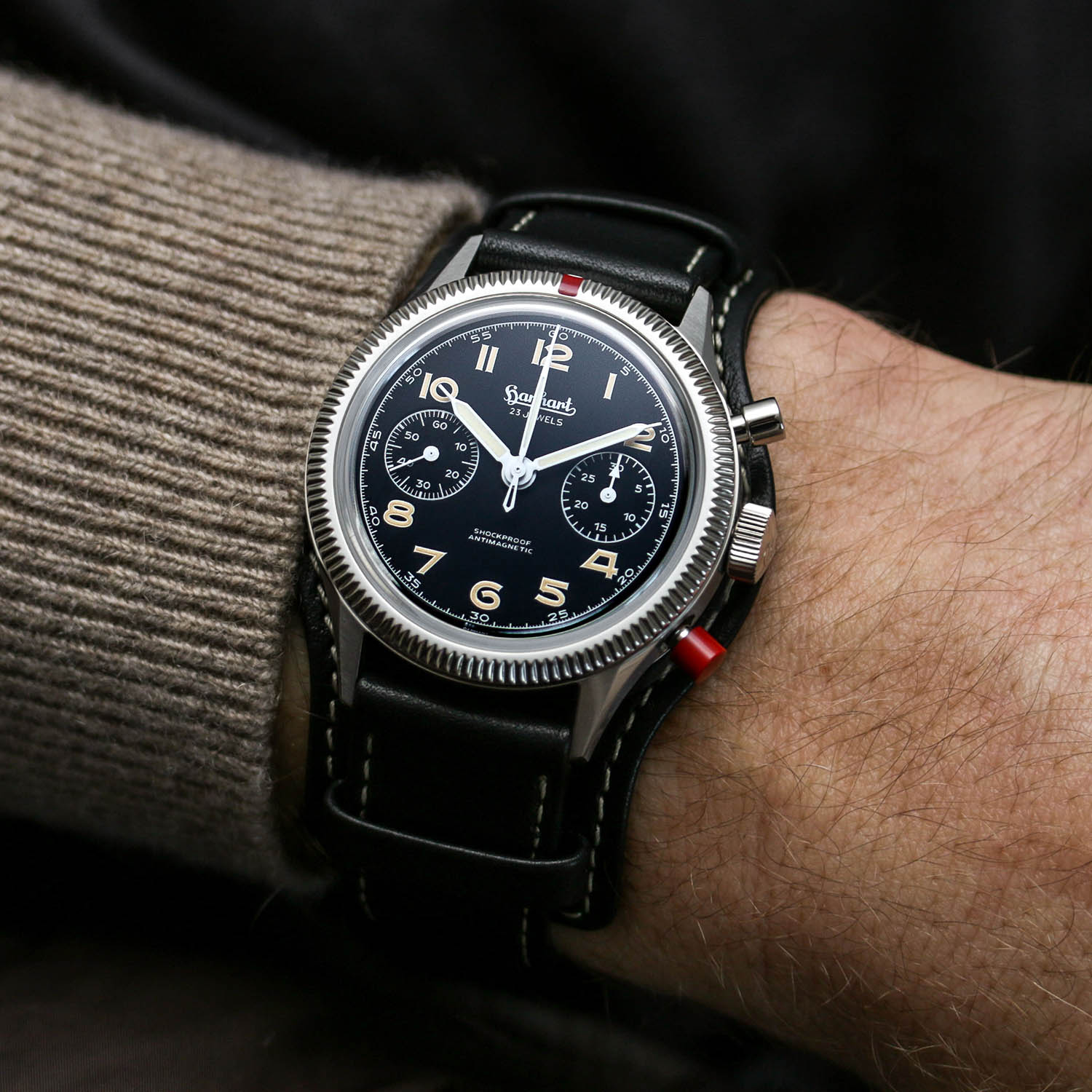 In 2020, the brand re-edited this cool watch with the modernised (not too much) and accessible Hanhart 417 ES Reissue Pilot’s Chronograph we reviewed here. A very attractive watch with historical relevance, it combined good design, pleasing quality and a fair price. But, the case might have been a bit too big for some. This year, the brand, together with some partners, has decided to go back to the original dimensions, first with Revolution and a bronze case. Second, this new 417 ES Red Lion, which is made of steel and brings several updates to the design for an even more attractive style. 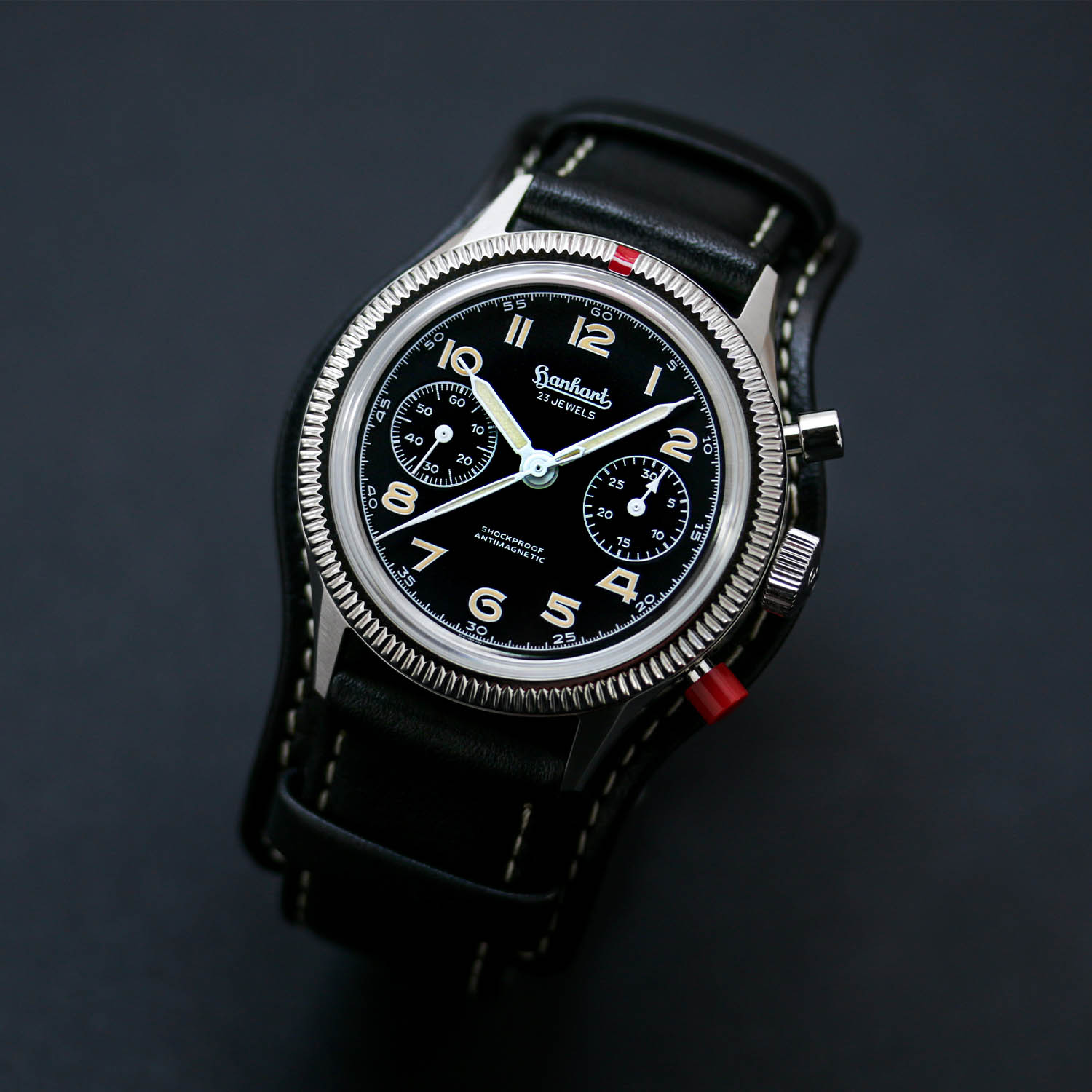 The case is classic in shape and proportions, with a 39mm diameter and 13.3mm height (box sapphire crystal included). Made of brushed steel with polished accents, it’s equipped with a continuously rotatable bezel with a fluted surface and the emblematic red marker to make calculations. New to this edition, the reset chronograph pusher is coated in red, another reference to past Hanhart watches. It is worn on a bund-inspired leather strap, with super-comfy Alcantara lining. 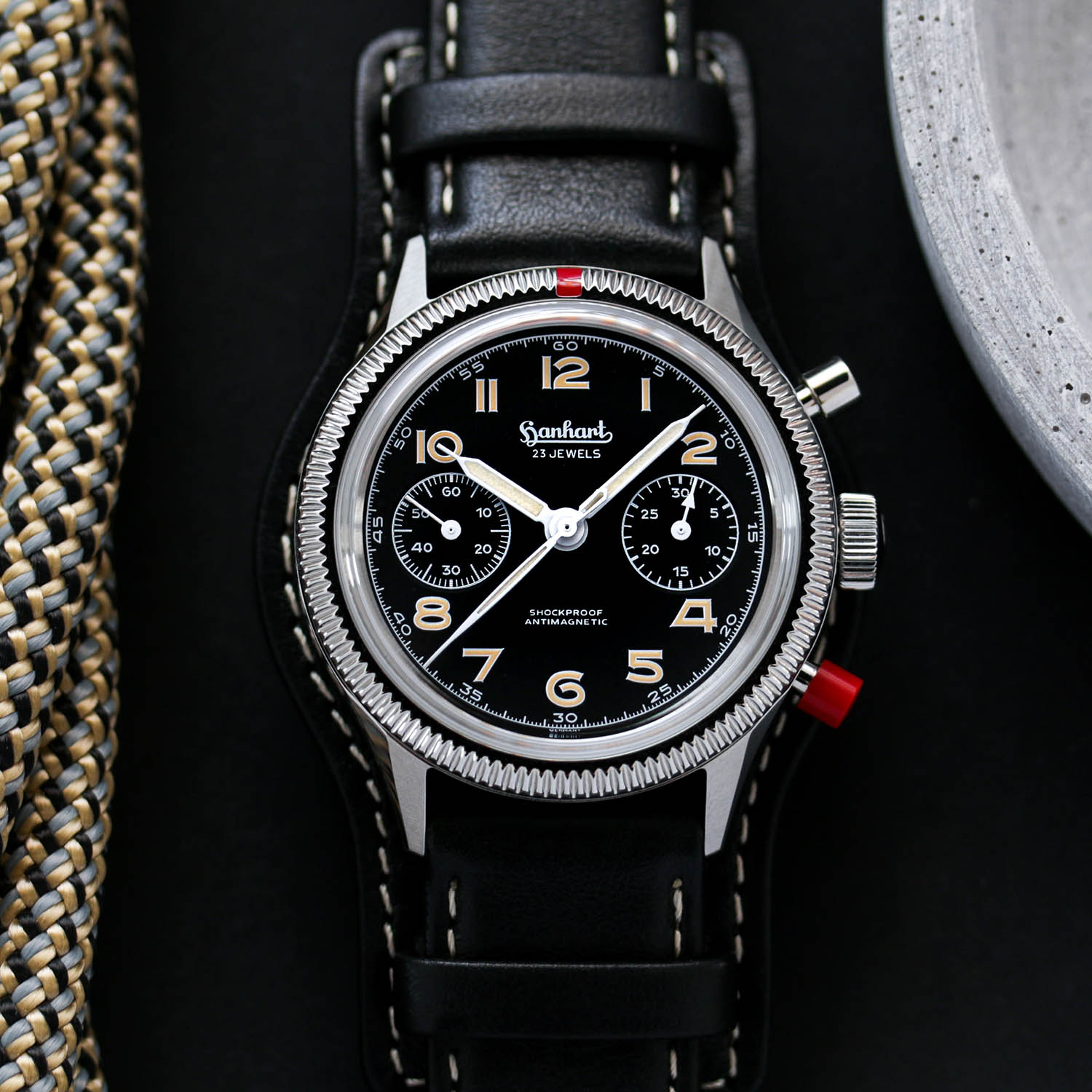 The dial of this Hanhart 417 ES Red Lion, even though it is close in style to both the vintage watch and the 2020 re-edition, has been subtly updated. The bi-compax layout, the large Arabic hour markers and the syringe hands have been kept, but all the elements are now coated with “Light Old Radium” Super-LumiNova for a more vintage touch. Complemented by the historical logo on the dial and the corresponding logo on the crown, it feels more faithful than ever before.

Inside is a well-known, robust hand-wound movement, the Sellita SW 510 M. Placed under screwed steel back with historical engravings, this cam-lever chronograph runs at 4Hz and stores up to 58 hours of energy when fully wound.

The Hanhart 417 ES Red Lion is a limited edition of 150 pieces developed together with The Urban Gentry, as marked on the caseback. The watch is now available from the brand’s website here and is priced at EUR 1,940 (incl. German taxes).