If you’re not already familiar with the name MING Watch, it seems you soon will be. The brand, launched in 2017 by celebrated watch photographer and all-around virtuoso, Ming Thein, has quickly built a global following. I was fortunate enough to catch up with him in Singapore recently, and I can tell you he has a lot more planned for his small but growing company. But that will be the subject of a different article. Instead, today we’re focusing on the latest news from the Malaysia-based brand. The arrival of yet another watch: the MING 18.01 Abyss Concept (that makes five different models in less than two years, for those playing along at home). This one is a little different from the others though. Read on to find out why. 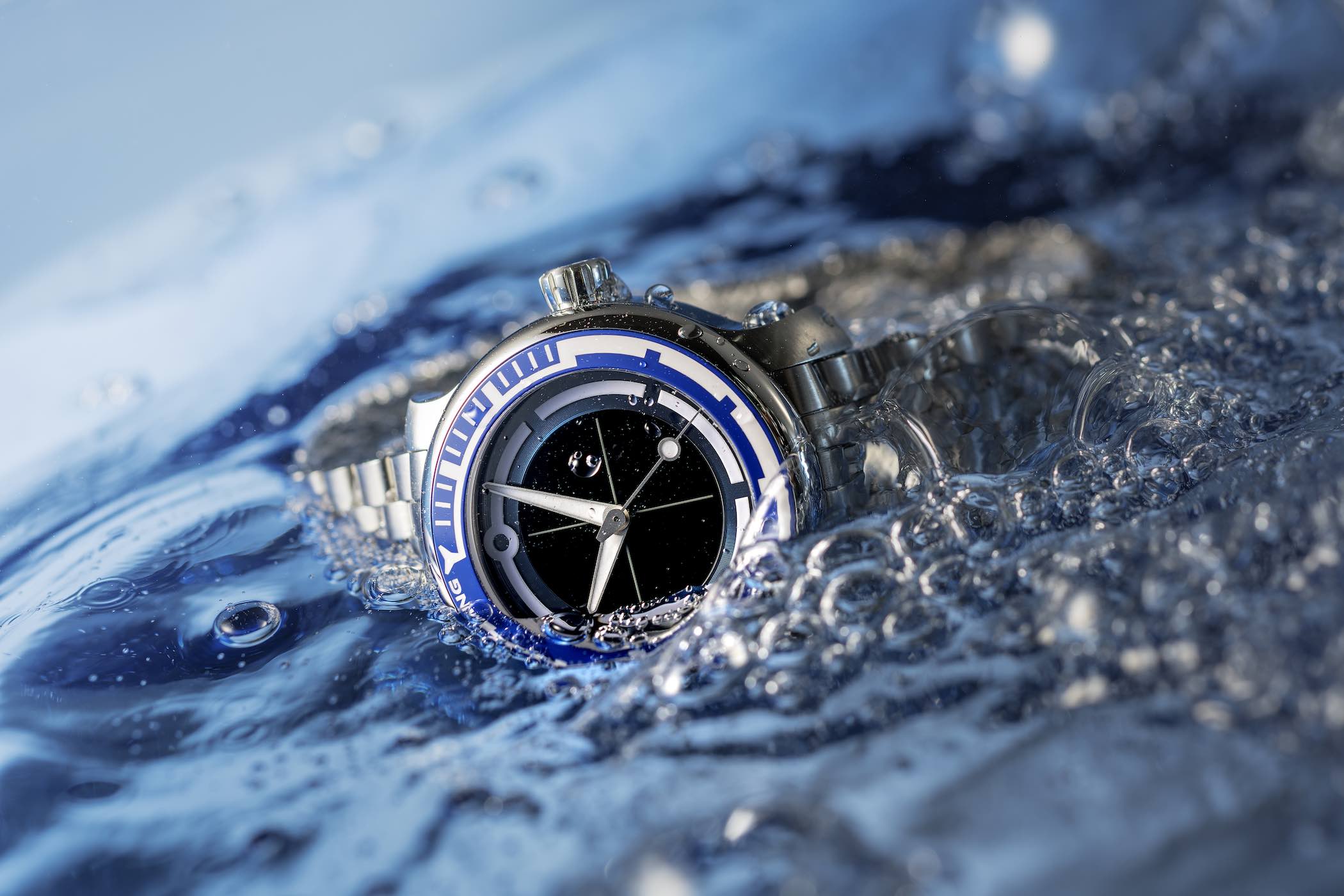 Never meant to be…

If you’ve spent any time talking with Ming, the man, not the brand, you’ve probably noticed already that his mind works differently from the rest of us. He has that annoying ability to understand things easily and pick up new skills quickly. And like most creative people, he has more ideas than time to execute them. Which is exactly how the MING 18.01 Abyss Concept came to be.

According to Ming, he wanted to try something a little different: the idea was to challenge himself and the team to create a functional dive watch that did not simply emulate what is already available on the market. They also wanted to see if they could translate their design language to frequently requested larger sizes. It was only supposed to be an internal project. There were never any plans to make this watch available for sale. However, with prototype cases on hand and a design they were too in love with to abandon, the Abyss Concept was born. 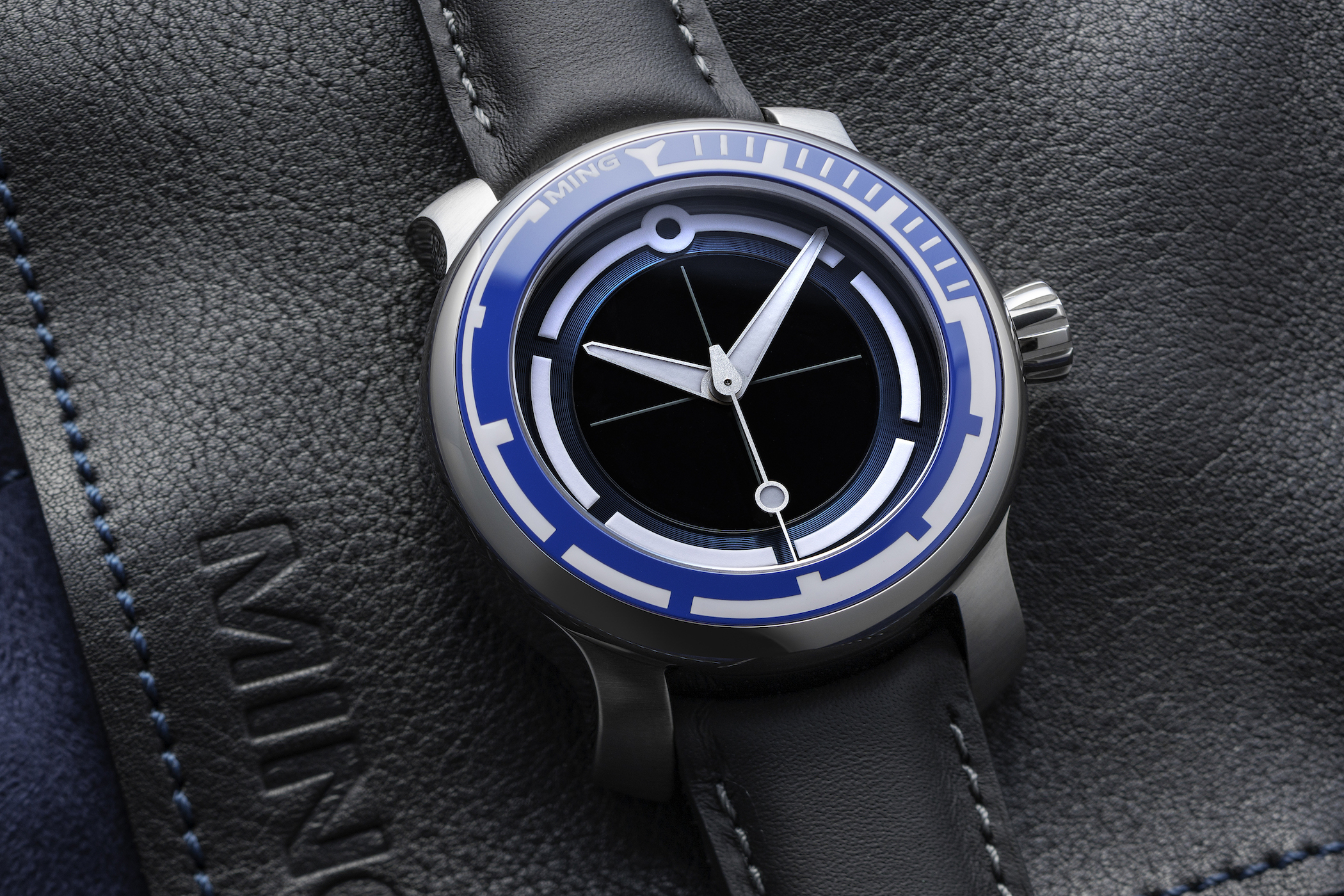 In addition to being the first MING Watch prototype to be offered to the market, the 18.01 Abyss Concept also represents several other firsts for the brand: it’s the company’s first dive watch; its first model in steel; and the first to have running seconds. The case measures 40mm in diameter x 13.8mm thick and is “officially” rated water-resistant to 1,250m/4,100ft. I say “officially” because according to Ming, all cases have exceeded the 1,250m limit of the company’s only testing machine without leakage or helium issues. So, it’s possible these watches could go deeper. A crown locking indicator lets the wearer know if the crown is not securely screwed down.

The dial is a blend of the 19-series and 17-series, with a composite sapphire construction and large amounts of Super-LumiNova X1 for low light visibility. I particularly like the sapphire chapter ring around the periphery of the dial. Sitting on top is a polished rotating bezel. At first, I found the smooth surface an odd choice but Ming explained that their tests showed this to be the optimal surface finish for gripping fine objects with wet hands. My hands weren’t wet when I handled the Abyss Concept, so I can’t really say one way or the other. 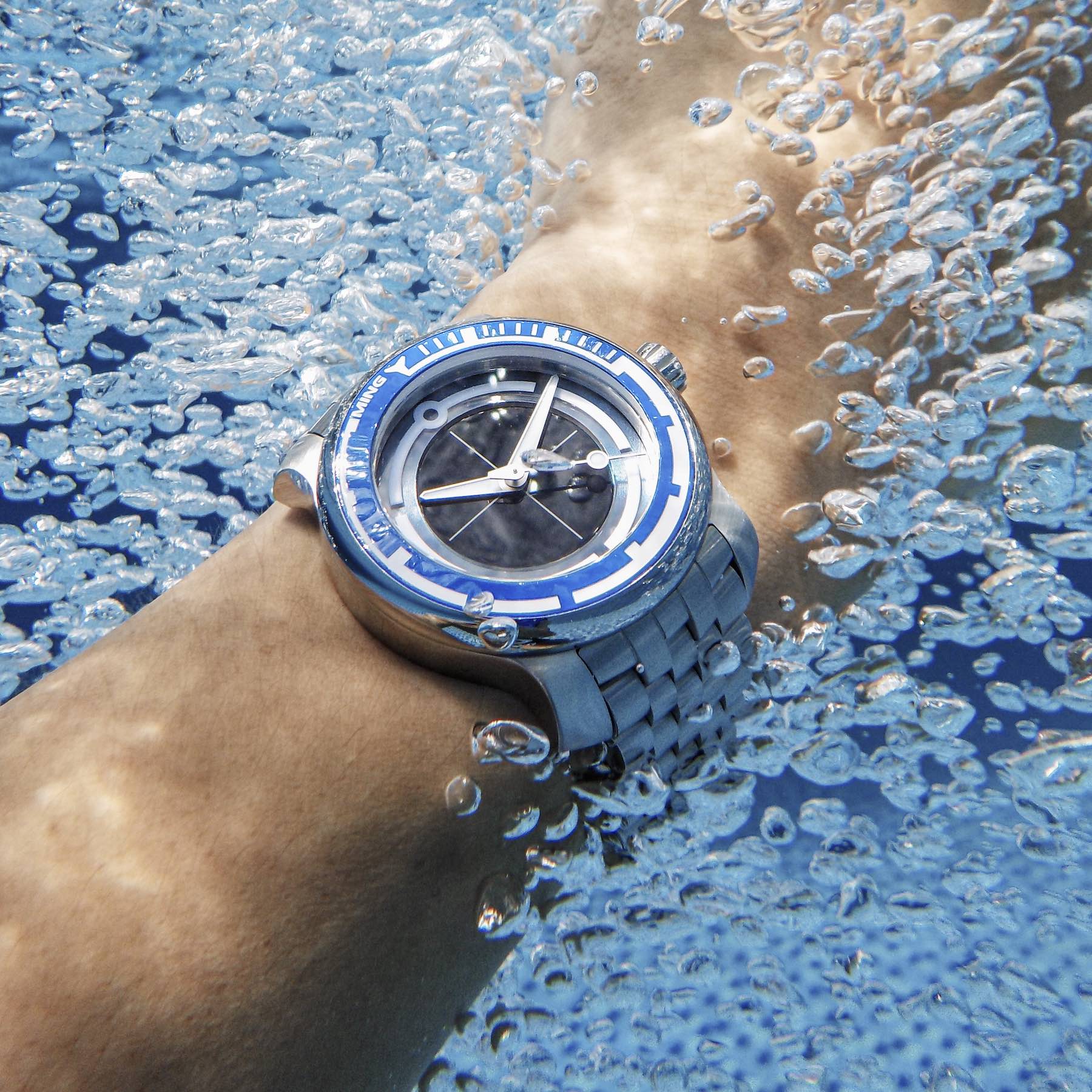 The bezel uses a ceramic inlay filled with Super-LumiNova X1, which, along with the dial, lights up nicely in the dark. The first fifteen minutes are marked individually, before changing to five-minute divisions for the remaining quarters. As you would expect from the dive watch, the bezel rotates unidirectionally with 60 clicks.

Inside is the workhorse ETA 2824-2, chosen for its robustness and long-term serviceability. The top-grade movement has been modified to remove the second crown position (as there is no date displayed) and has been regulated in five positions as part of MING’s 250-hour test programme, run by La Division du Temps (a sister company of Manufacture Schwarz Etienne). Self-winding, it beats at a standard 28,800vph and offers a 38-hour power reserve.

The 18.01 Abyss Concept comes on a new 5-link stainless steel bracelet with quick release and double deployant clasp. Also in the box are five Jean Rousseau straps plus a handmade leather travel roll by Studio Koji Sato in a watertight Pelican case. To make sure it’s comfortable no what matter what you wear it with, the short lugs have holes for both curved and straight straps. A simple thing perhaps, but yet another example of Ming’s attention to the finer details.

The 18.01 MING Abyss Concept is made in Switzerland and is limited to just 10 pieces. Each comes with a 2-year warranty against defects. Pricing is set at CHF 6,500, which includes worldwide delivery via DHL Express. 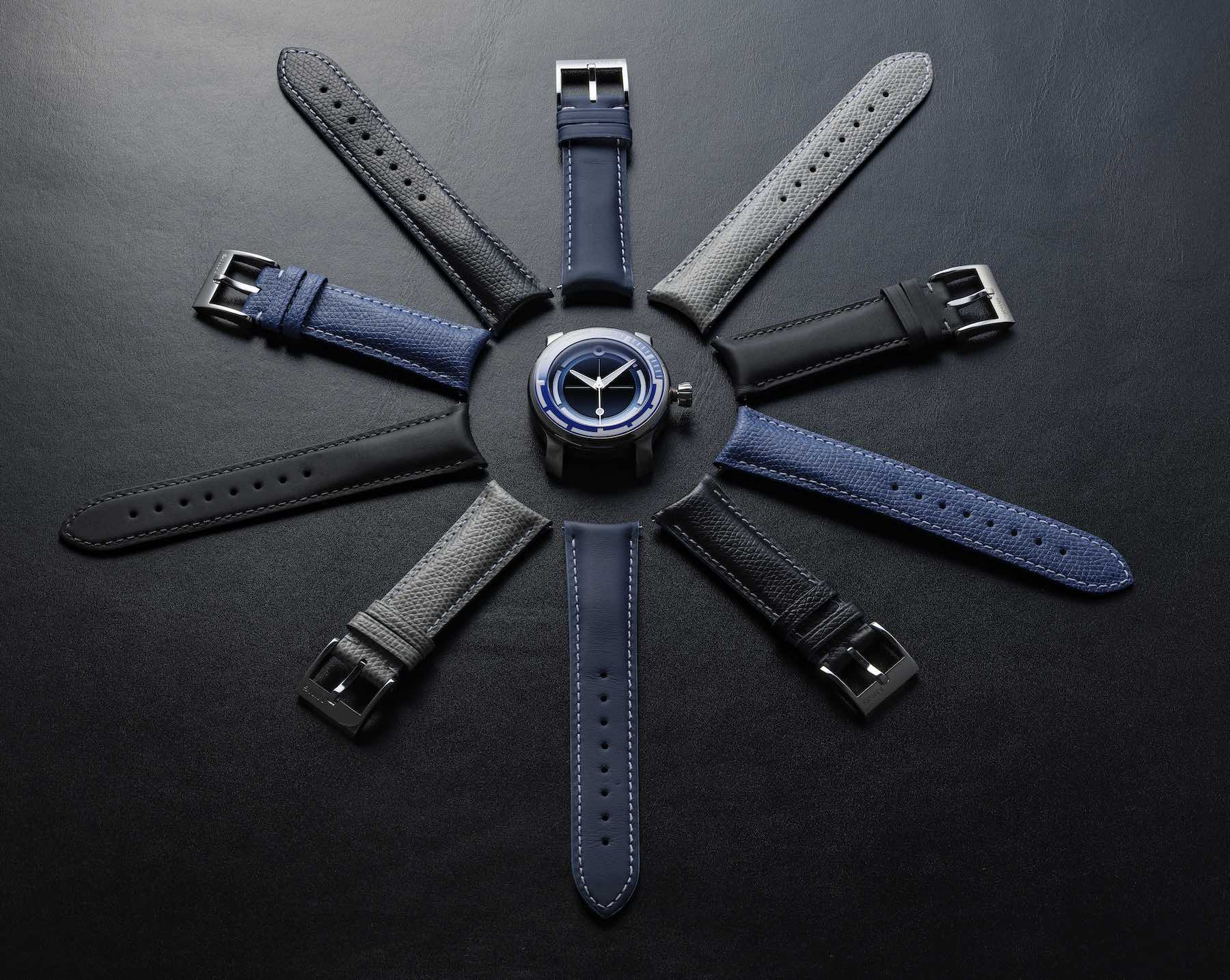 Having seen the product roadmap for MING Watch as it stands today, I can tell you there is nothing even remotely similar to this model planned for the future. At least not at this stage. In fact, Ming hasn’t even decided if there will ever be a series production MING diver. This concept model certainly won’t suit all tastes – it is a concept after all – but I think it, and the MING brand, are interesting enough, that there won’t be any trouble selling all 10.

Industry News – Record Results for LVMH in 2019, Strong Growth For Bvlgari and Hublot

Women’s Watch Wednesday – Watches Spotted Both On and Off the...