In 2017, IWC took us by surprise when presenting the desirable, vintage-inspired and definitely cool Pilot’s Watch Mark XVIII Edition “Tribute to Mark XI”. Now, it’s time for the Schaffhausen-based brand to focus on the chronograph version of this watch and to apply the same recipe: baton hands, faux-patine markers, cleaner dial and fabric strap. And if the 3-hander was mimicking the Mark XI, the new IWC Pilot’s Watch Chronograph IW377724 is reminiscent of one of the coolest 1990s watches, the Fliegerchronograph ref. 3706.

The Fliegerchronograph 3705 and 3706 are important watches in IWC’s history, as they marked the comeback of the brand in the field of mechanical pilot watches. Over 20 years ago, these 39mm watches, with Valjoux-based chonograph movements were a sort of renaissance of the proper tool watch and for this reason, they are some of the coolest “young-timers” we can think of. And guess what? IWC has decided to create a watch that looks like these two older references, with the new IWC Pilot’s Watch Chronograph IW377724. 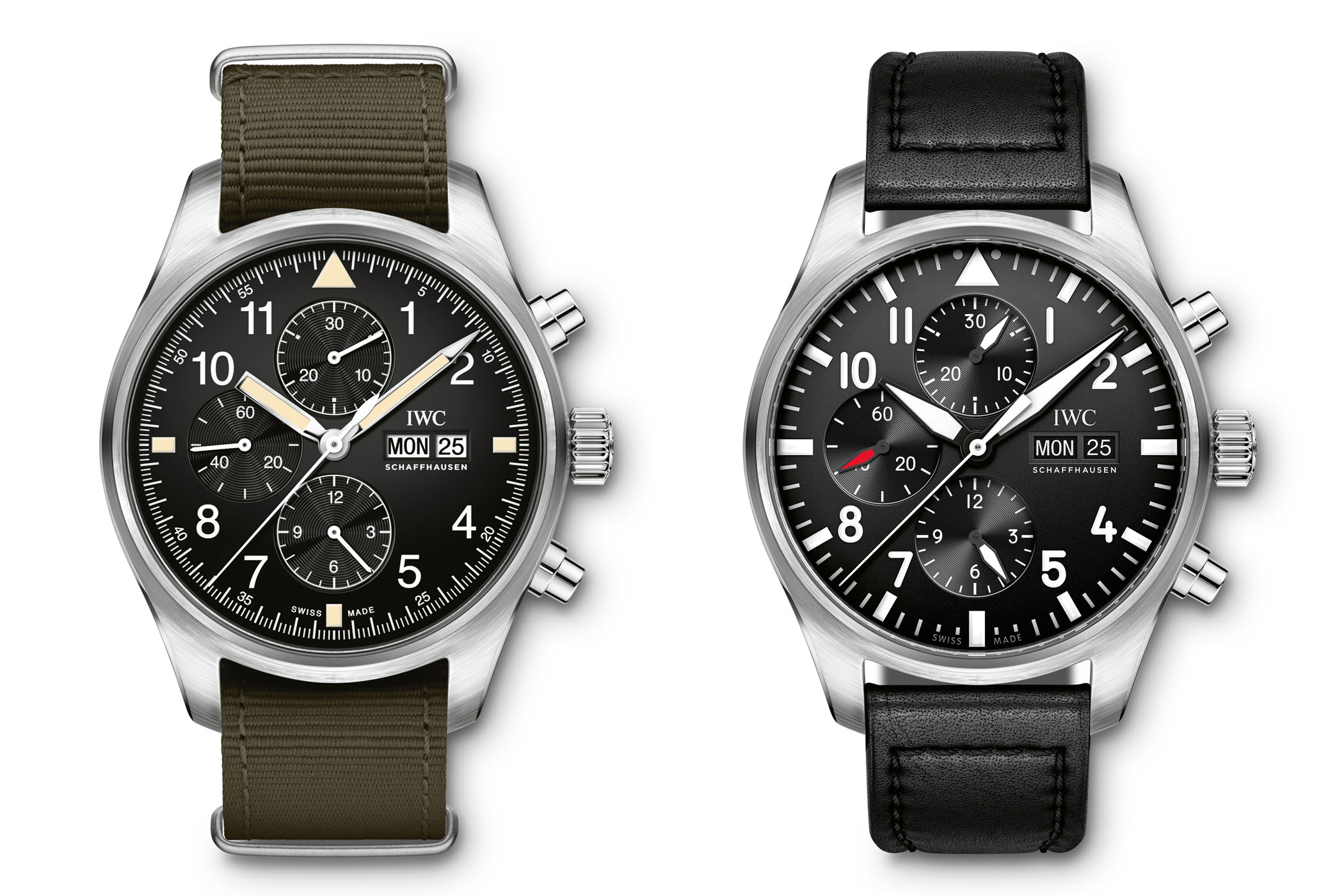 What changes then? First, the strap is obviously different, as crafted in green fabric and reinforced with leather on critical areas – it is the same strap as used on the 2017 IWC Pilot’s Watch Mark XVIII Edition “Tribute to Mark XI”. The main difference is, of course, to be seen on the dial. The recipe is the same as the “Tribute to Mark XI”. No more propeller-like hands, no more baton hour indexes. Instead, we have the historically-relevant baton hands, the thinner hour numerals, simple baton hands for the sub-counters, a clear 1/4th of a second track on the periphery of the dial and, important, the vintage-like faux-patina indexes at 3-6-9 and triangle at 12.

If the idea was to use the same design as the “Tribute to Mark XI”, the result gives the impression that we’re facing a 1990s Fliegerchronograph 3706, just with a larger case – and honestly, it looks rather cool.

The IWC Pilot’s Watch Chronograph IW377724 will apparently be available online only, at a price of USD 4,950 or EUR 5,500 (the same price as the regular version). More details on iwc.com.