Do we even need to introduce the IWC Pilot’s Watch Chronograph anymore…? This watch certainly is amongst the most iconic pieces manufactured by the Schaffhausen-based brand and, in its modern version, sums up years of slow evolution of the Pilot’s Watch concept at IWC. Usually seen in black with a utilitarian look (under the ref. IW3777), IWC today brings a cool and unprecedented racing theme to this piece, with the new Pilot’s Watch Chronograph Edition Racing Green IW377726.

As said, this watch needs little introduction. The IWC Pilot’s Watch Chronograph is a classic the brand’s collection, as the entry-level chronograph and a nice alternative to the large and expensive Big Pilot’s Watch or a more masculine and slightly more complex option compared to the Mark XVIII. Indeed, it combines a standard, out-sourced chronograph movement with a larger, bolder case – without being oversized as the Big Pilot’s. 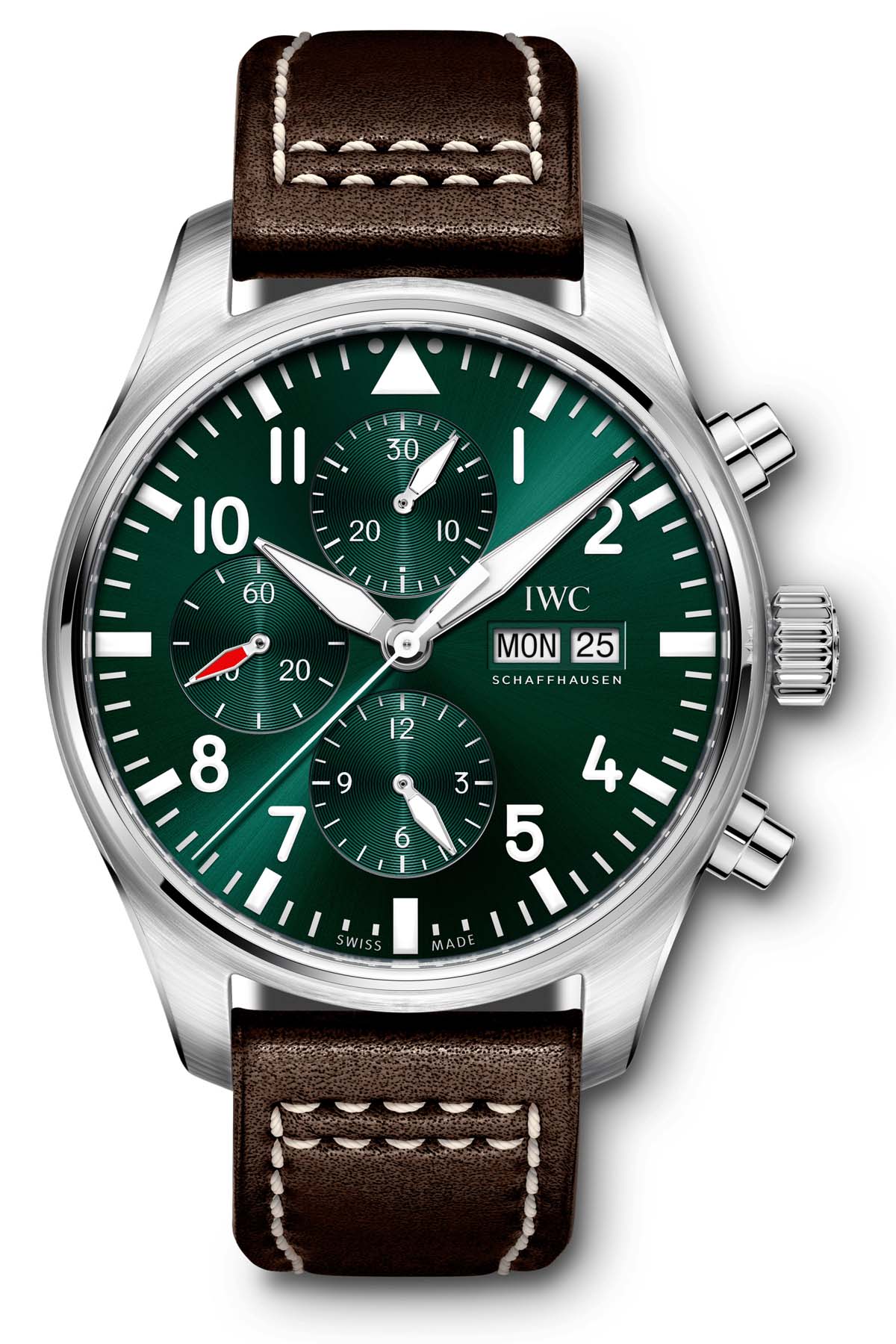 The IWC Pilot’s Watch Chronograph is a 43mm stainless steel watch, with a mostly brushed case with polished details – crown, pushers, bezel, casebands. It is the modern evolution of the watches that re-launched the Flieger concept at IWC, the modern icons that are the ref. 3706 and ref. 3711. Its dial is focussed on legibility, with large and luminous propeller-shaped hands, oversized Arabic numerals and hour markers, and clean overall layout.

Powering this Pilot’s Watch Chronograph is the calibre IWC 79320, which is based on the Valjoux 7750 architecture – hence the typical 6-9-12 layout for the sub-counters. It is here presented in the day-date version, both shown in small apertures at 3 o’clock. This automatic movement runs at 4Hz and boasts a 44-hour power reserve. It is protected under a solid steel caseback. 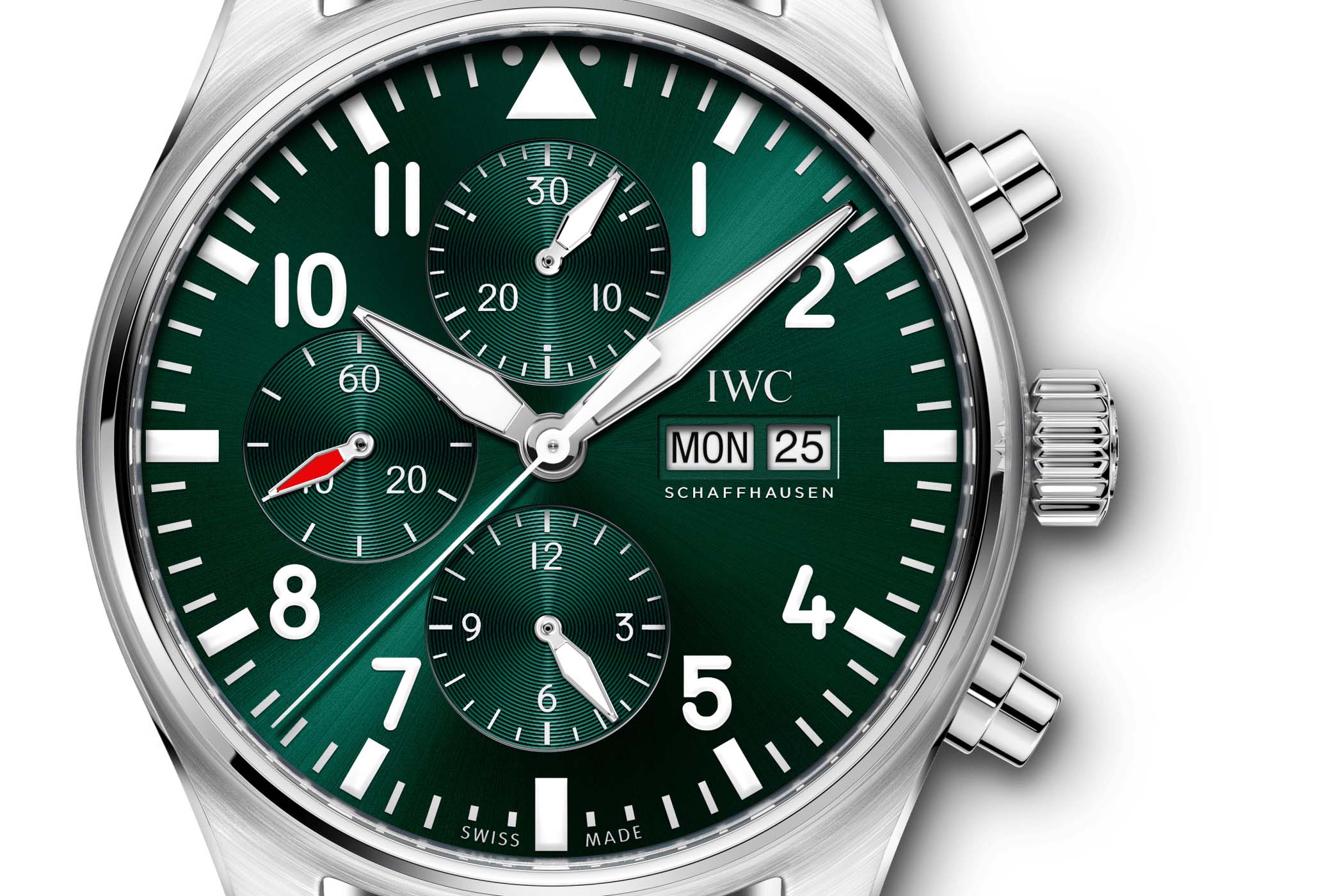 The main novelty for this year is the introduction of a new version, the IWC Pilot’s Watch Chronograph Edition Racing Green IW377726. For the first time, IWC uses one of the most classic colours in the world of racing cars, BRG or British Racing Green. Instead of the usual matte finishing found on the black version, this Edition Racing Green has a slightly more elegant sunray-brushed pattern. The red small seconds hand is retained and the day-date discs are now white. Other than that, the watch is identical to its black sibling. It is worn on a brown pilot-style calfskin strap with steel pin buckle.