Hamilton is no stranger to the silver screen as movie stars have been wearing their timepieces on camera since 1932’s Shanghai Express. The Hamilton Jazzmaster Regulator Cinema was even created to celebrate 86 years in films and the brand recently released the Murph “Khaki Field” after being part of Interstellar movie. The Ventura collection, first released in 1957 (and the world’s first battery-powered watch) gained enormous fame when it adorned the wrist of Elvis Presley in 1961’s Blue Hawaii. It made a Hollywood resurgence in 1997 when Will Smith sported one in the Men in Black films. The new Ventura Skeleton debuted in another blockbuster franchise on the wrist of Iron Man’s Robert Downey, Jr. in 2017’s Spider-Man: Homecoming. With a design inspired by the movie’s web-themed environment, this latest Hamilton Ventura Skeleton Limited Edition is arguably the most futuristic yet. 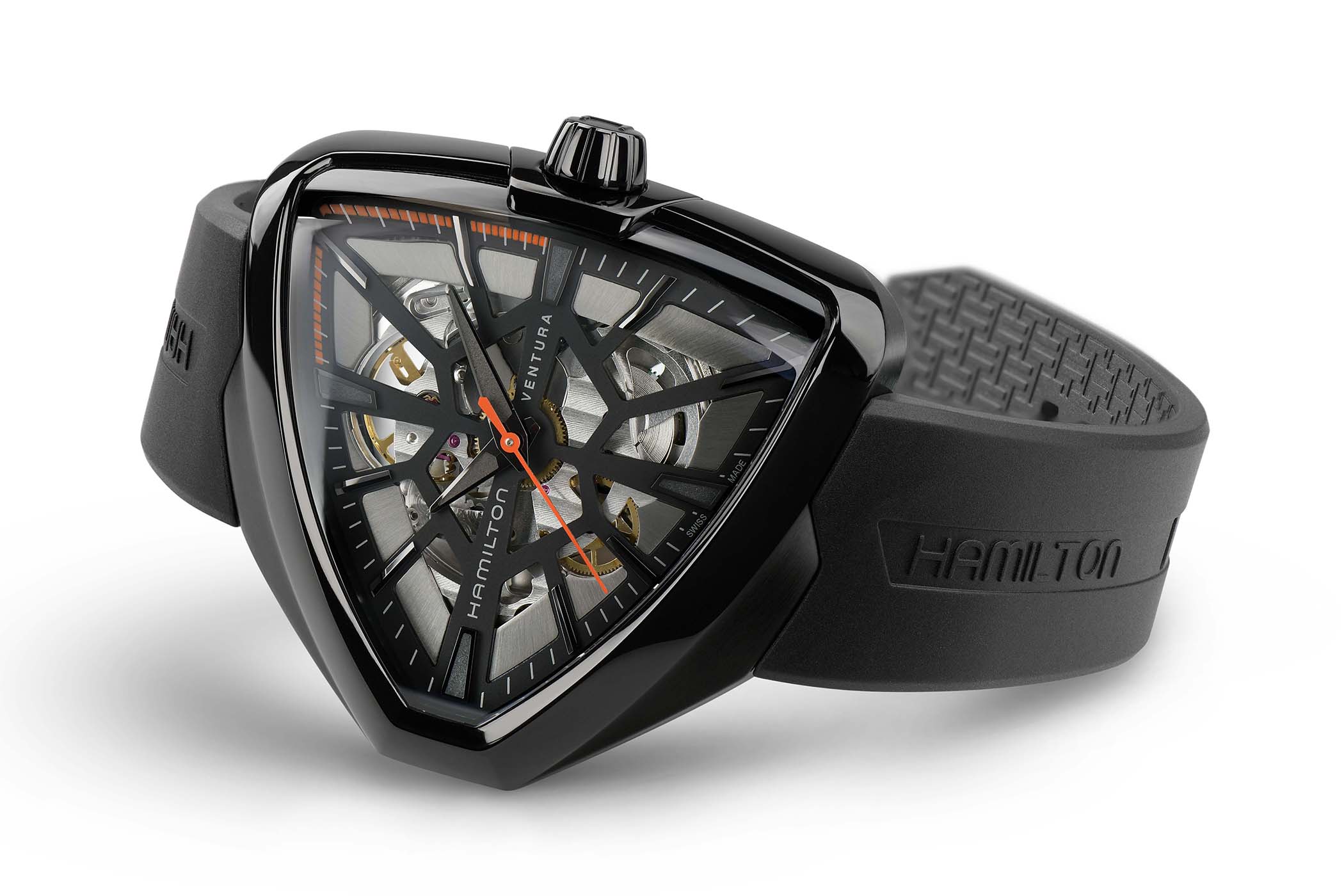 The 316L stainless steel case of the Hamilton Ventura Skeleton Limited Edition retains the iconic form of the 1957 original, but upsizes it to 42.5mm x 44.6mm (although smaller than the Ventura XXL in Men in Black 3). The steel is coated in a glossy black with a spiderweb-themed skeletonized dial, with gunmetal grey applied indices of various size (as they stretch along the web). The hour and minute hands are also grey, while the seconds hand and first 15 seconds of the minute track have an orange hue. A sapphire crystal covers the front and back, showcasing the automatic movement from both sides. A matching black crown sits at 3 o’clock and the case is water resistant to 50 meters. 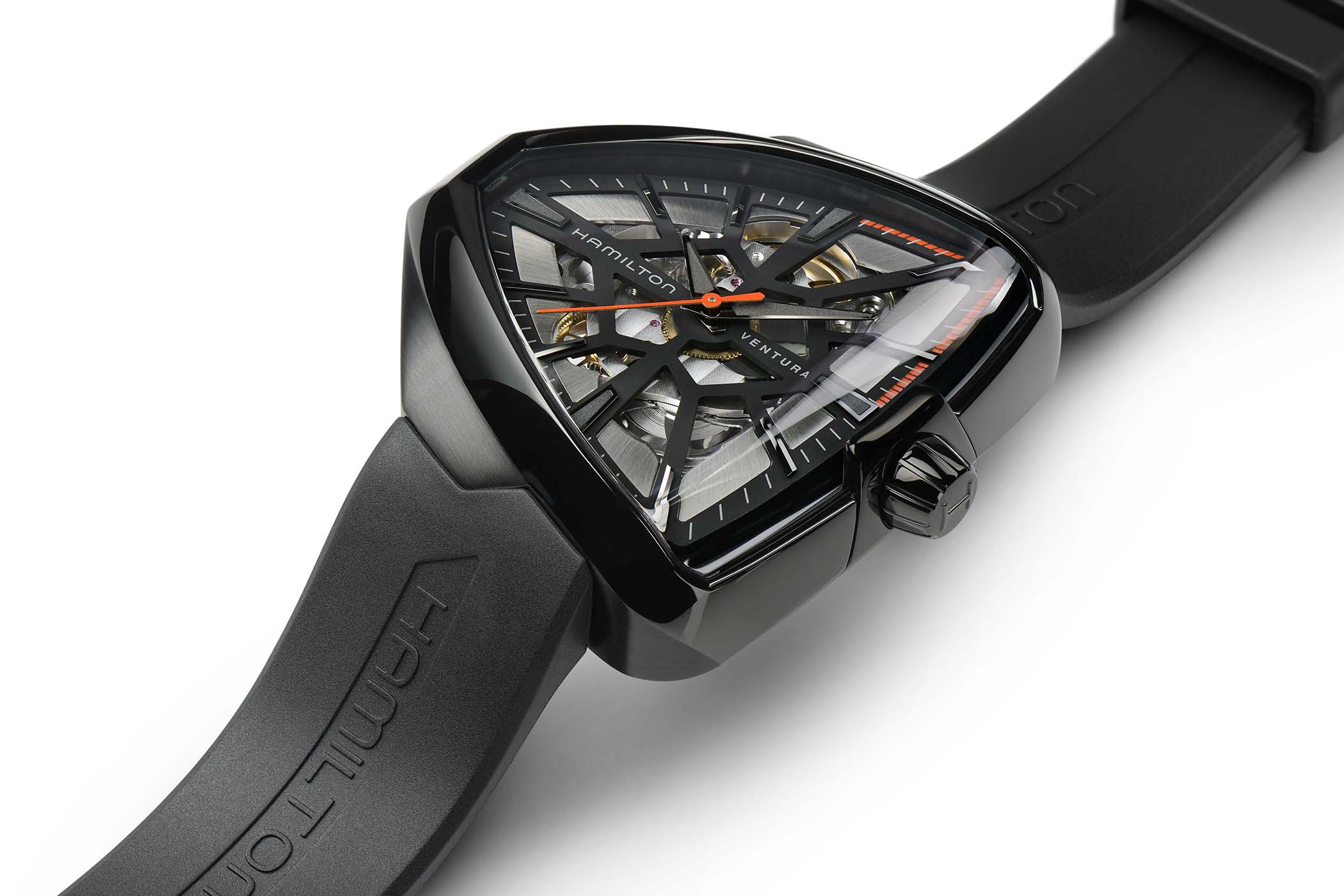 The aforementioned automatic is Hamilton’s H-10-S, based on the ETA C07.111. It has 25 jewels, beats at 21,600vph (3Hz) with an 80-hour power reserve. This is a partially skeletonized version of the ETA base with a custom Hamilton rotor, decorated with Côtes de Genève on the front and perlage on the back. Hamilton’s Railroad Skeleton line also employs this movement. Due to the triangular shape of the case, the back provides a unique visual of the round movement countersunk in the center (surrounded by empty space).

The black rubber strap plugs into the irregular case like a puzzle piece, secured with screws. Hamilton is embossed on the front with a grippy pattern on the underside. The Hamilton Ventura Skeleton Limited Edition is limited to 999 pieces and retails for USD 1,995, CHF 1,995 or EUR 1,990. The watch is available in some outlets with additional availability coming soon. More information can be found at Hamilton’s website.