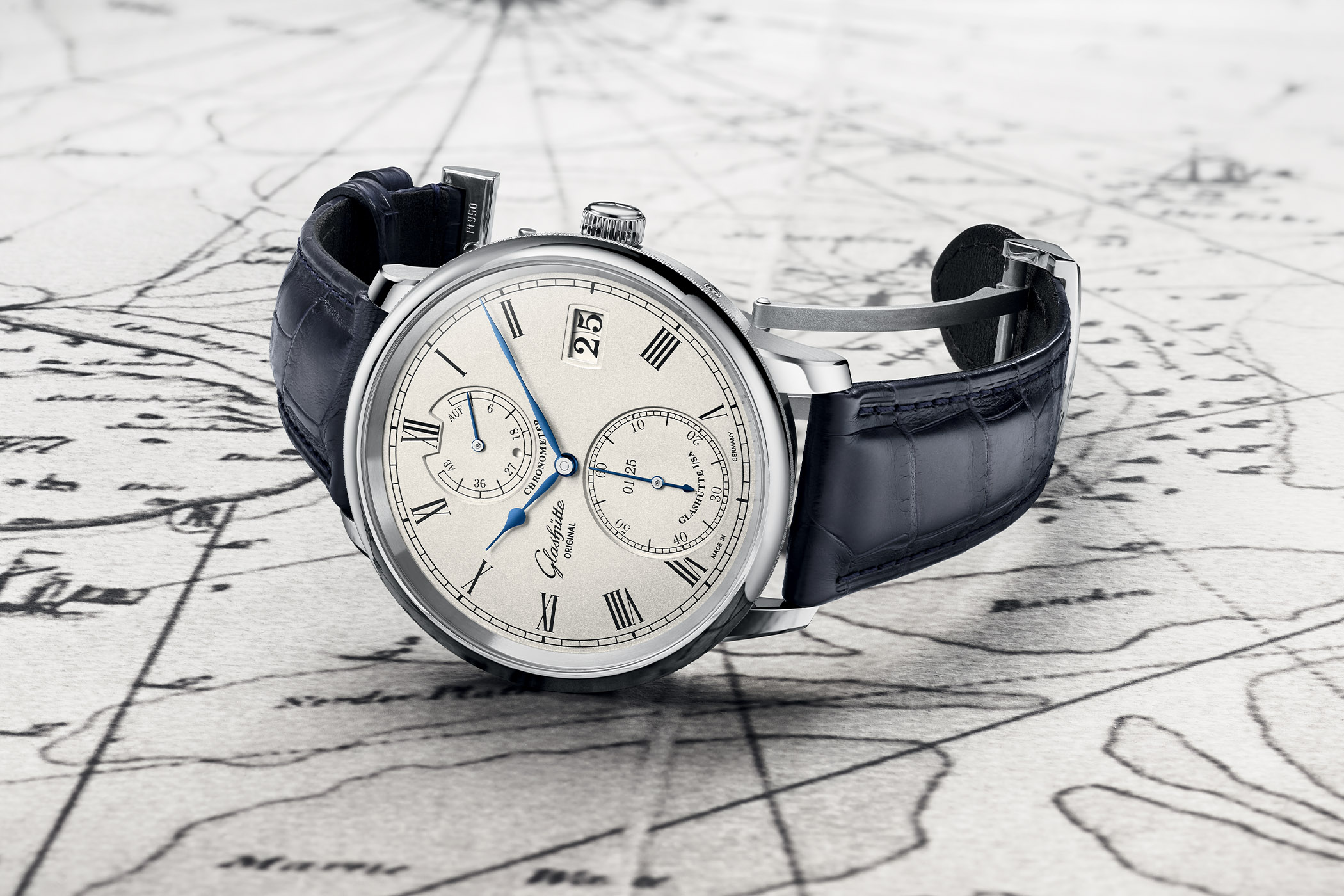 The Senator Chronometer isn’t a new watch, as it celebrated its 10th-anniversary last year – which gave GO the opportunity to slightly update this model with a thinner bezel and larger dial, a new dial with silver grained finish and thinner markings. 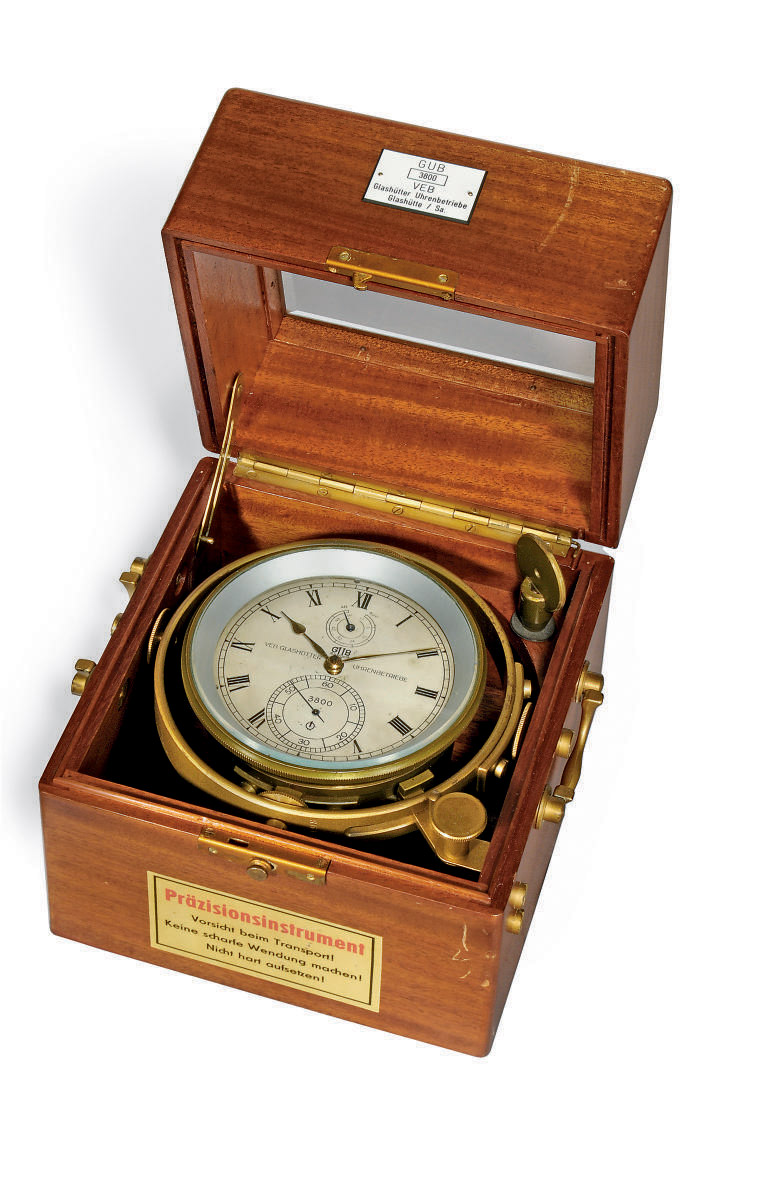 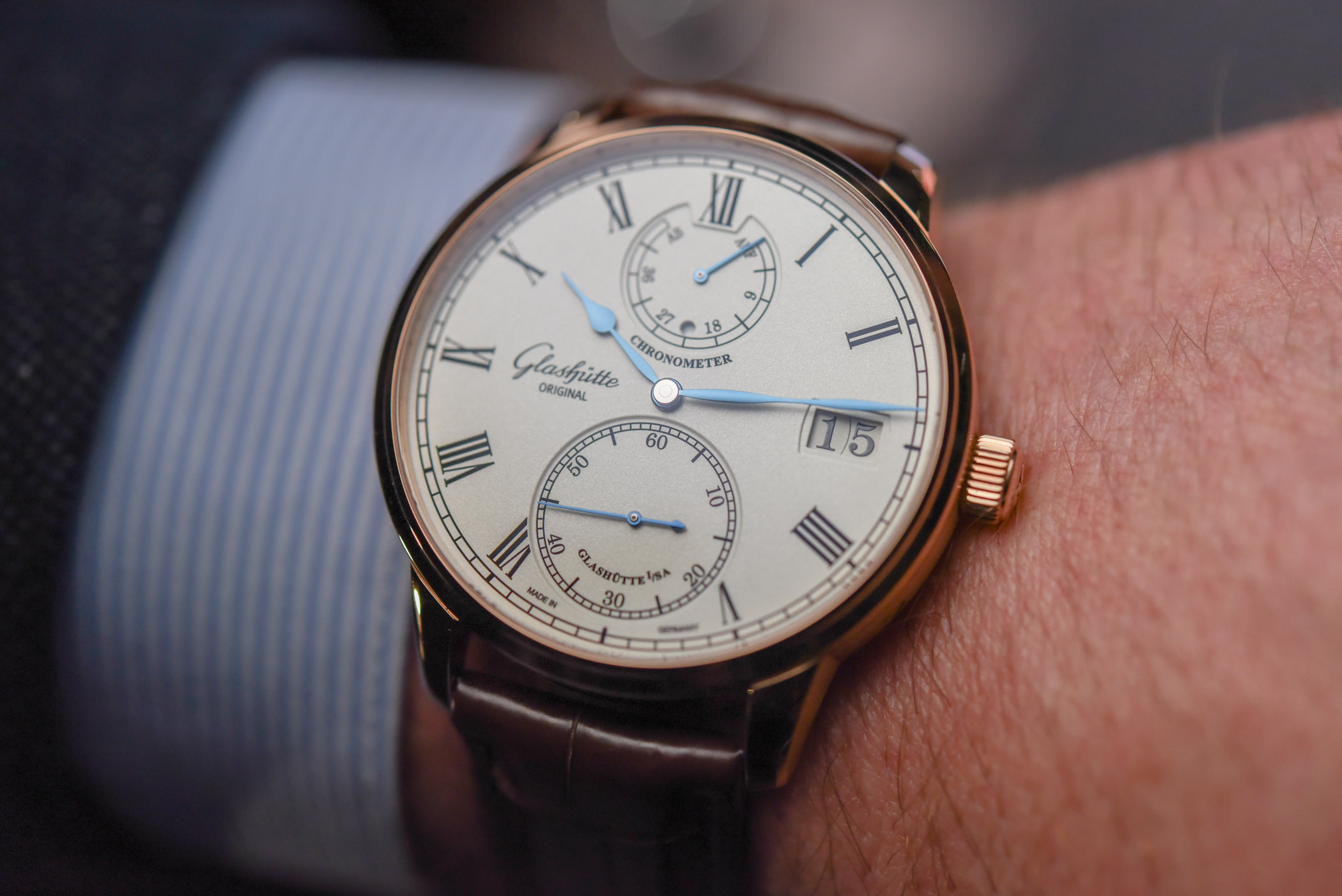 The Glashütte Original Senator Chronometer showed a typical marine display, with large central hands, a small seconds at 6 and a power reserve at 12 o’clock. As often, time was read thanks to elongated Roman numerals. The most desirable part of this watch, however, is its hand-wound movement, which features an innovative stop-seconds/reset mechanism with minute detent makes it much easier to synchronize the minute and seconds hands when setting the time. Available in the permanent collection in white gold with a blue dial as well as in rose gold with a silver dial, there’s now a edition with highly limited production joining the range.

While the overall concept of the Senator Chronometer remains intact, this new edition is an even stronger tribute to past marine chronometers, starting with its newly designed case. While the central case is unchanged and still measures 42mm in diameter, the main update concerns the bezel, directly inspired by historic models with its concave shape and a delicate knurled edge, which served to improve the grip on marine chronometers of the past. 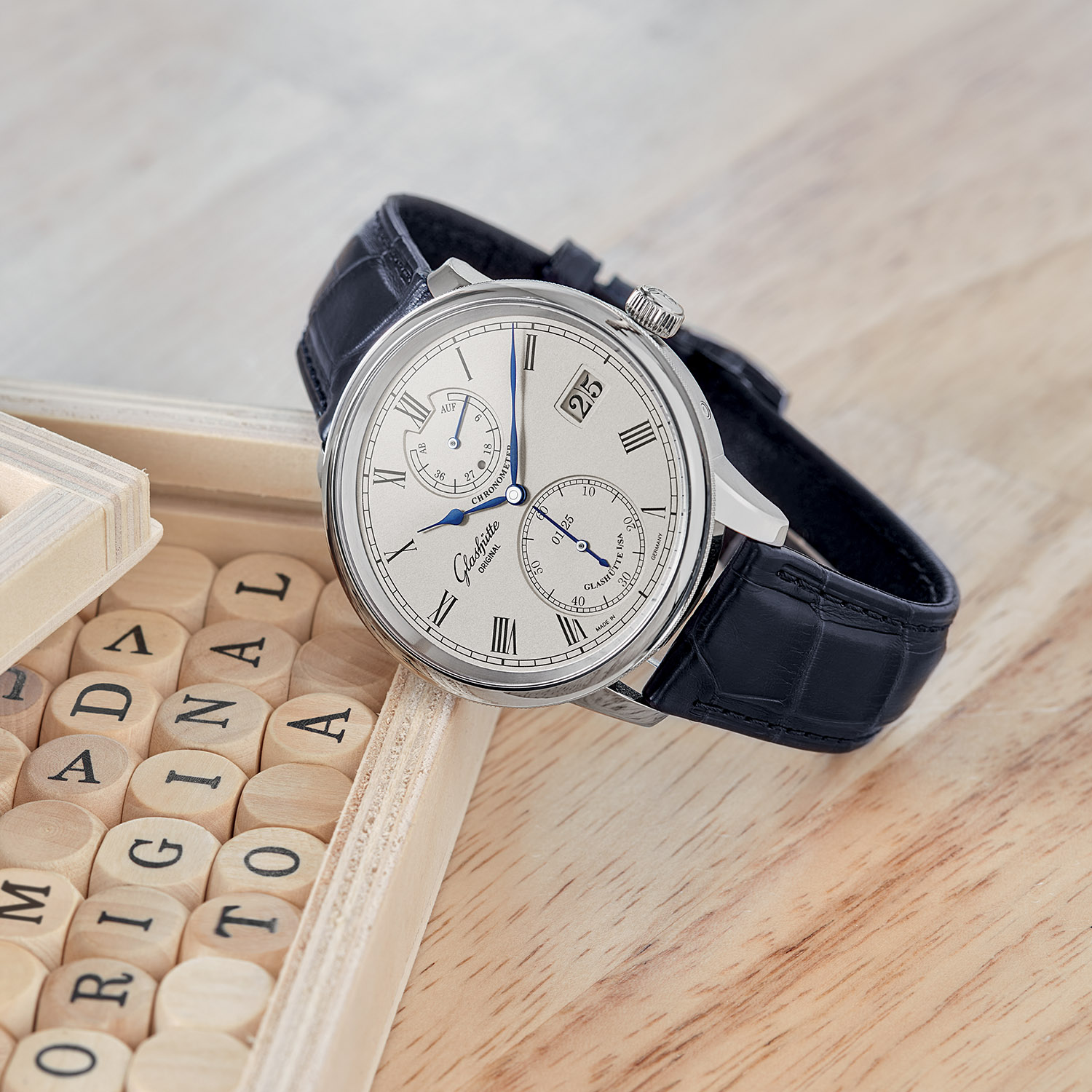 The bezel is slightly larger than the case itself, measuring 44.2mm, while the height remains equal at 12.47mm. Note that the bezel is also combined to an inner sloped flange, which brushed – something you won’t find on the permanent models. The case is brushed and polished, and features a recessed corrector in the caseband for the date.

Another difference between the standard versions of the watch and this Senator Chronometer Limited Edition is the dial. While the display is the same, with its beautifully arranged display that pays tribute to marine chronometers, the finishing and materials are different. We still find the central hours and minutes, with pear-shaped hands in blued steel, as well as the small seconds at 6 o’clock and the running time display at 12 o’clock – which also includes a day/night indicator and makes it easier to set the time and date. In addition, the characteristic Panorama Date is located at 3 o’clock, whose colour matches that of the dial.

What’s new is the way the dial is produced. Glashütte Original takes great pride in having its own dial manufacture and can thus produce small quantities with superb finishing. The dial of the limited edition has a grained silver-plated surface with black Roman numerals and tracks. Yet, the production process and the materials are more complex and precious than the traditional watch.

The dial is indeed a solid gold blank that is laser-engraved to reveal the numerals and tracks. The engravings are subsequently filled with black lacquer and burnt in with heat in a kiln, revealing more depth than standard printing. In a final step, the blanks are manually silver plated. An elaborate process with a finely calibrated mixture of fine silver powder, salt and water to be rubbed on the dial by hand with a brush, in order to achieve a shining silver surface.

Last but not least, if the base movement remains the same as before, the Senator Chronometer Limited Edition features a brand new decoration, which is highly desirable. 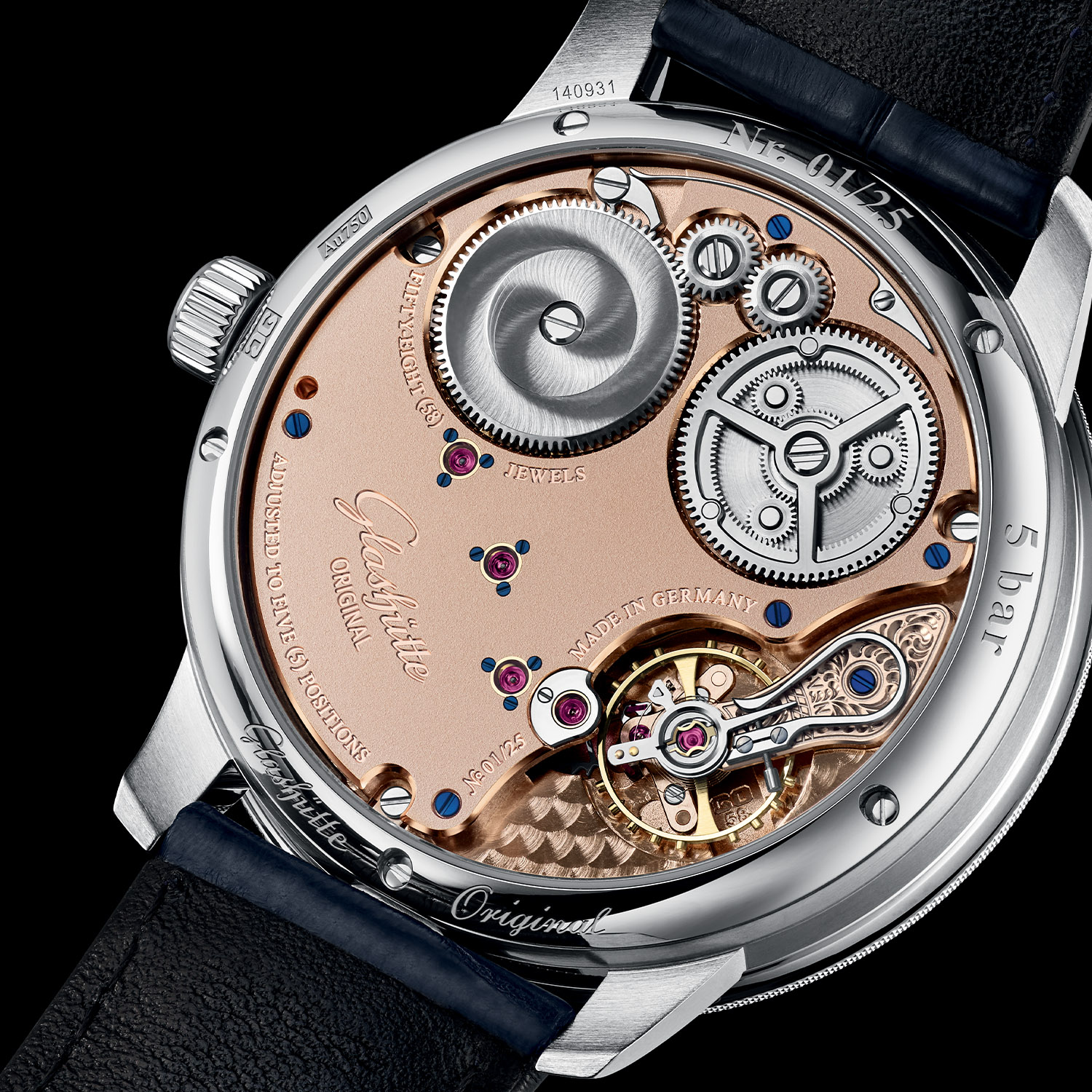 The Calibre 58-03 is a hand-wound chronometer-rated movement with 4Hz frequency and 44h power reserve – which can appear a bit short but GO only retains a part of the power reserve, in order to benefit from the best chronometric precision. The main feature of this movement is its refined second-stop mechanism. When the crown is pulled out, the time display stops and the seconds hand is reset to zero and held there; simultaneously the minute hand advances to the next full minute index. When one then turns the crown to set the time of day, the hand jumps from one minute index to the next – thus ensuring that the correct relationship between seconds and minutes is maintained. 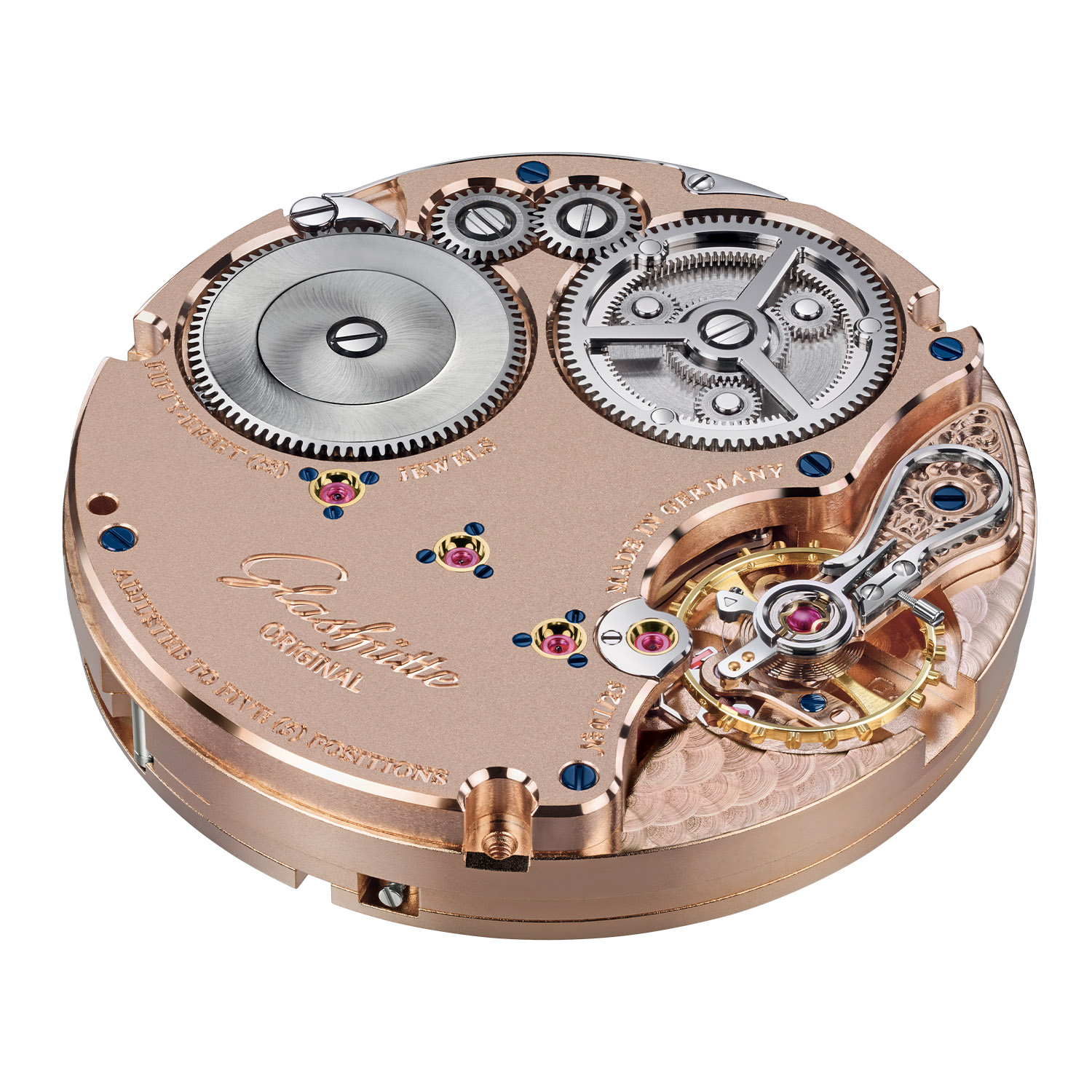 Visible through the sapphire caseback is the new decoration. Replacing the rhodium-plated bridges with stripping, Glashütte Original opts here for a three-quarter plate that has been silver-plated and subsequently given a galvanic coating in rose gold, resulting in a gold-coloured matte surface, greatly contrasting with the silvery wheels and barrel, the polished bevels, the blued screws and the polished gold chatons. The main plate as well as the hand-engraved cock are also coated in rose gold.

The Glashütte Original Senator Chronometer Limited Edition is worn on a blue alligator strap with 18k white gold pin buckle, or fold fastener (standard or short). It will be limited to 25 pieces only, available from Glashütte Original Boutiques and selected retailers as of August 2020. It will retail for EUR 26,710 (on pin buckle). 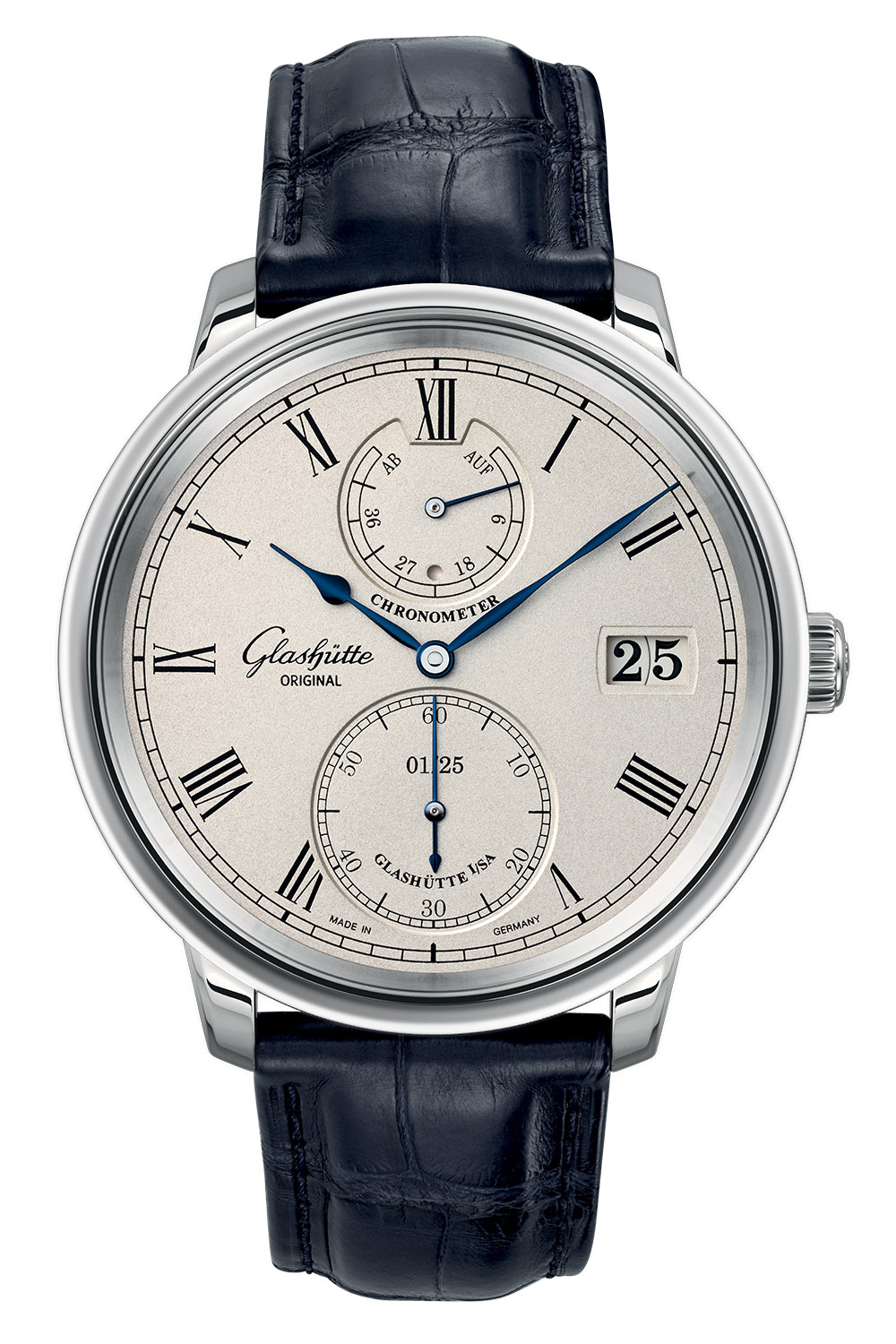