In 2019, Doxa celebrates its 130th anniversary and the 50th anniversary of one of its iconic watches, the Sub 200 T.GRAPH. At Baselworld, we listed the re-edition of this model as one of our favourite dive watches of the fair… with one regret. This limited edition was released in a series of 13 watches only in gold. Well, to our satisfaction, Doxa has now released a stainless steel limited edition of the model.

Founded in 1889 by Georges Ducommun, Doxa achieved cult status among dive watch buffs but is still “niche” for a mainstream audience. The brand is mainly known for its innovative, rugged dive watches from the late 1960s, in particular, the SUB 300 – the first dive watch on the market to feature a helium escape valve. Among other past glories, the two-register chronograph known as the Doxa Sub 200 T.GRAPH was released in 1969. 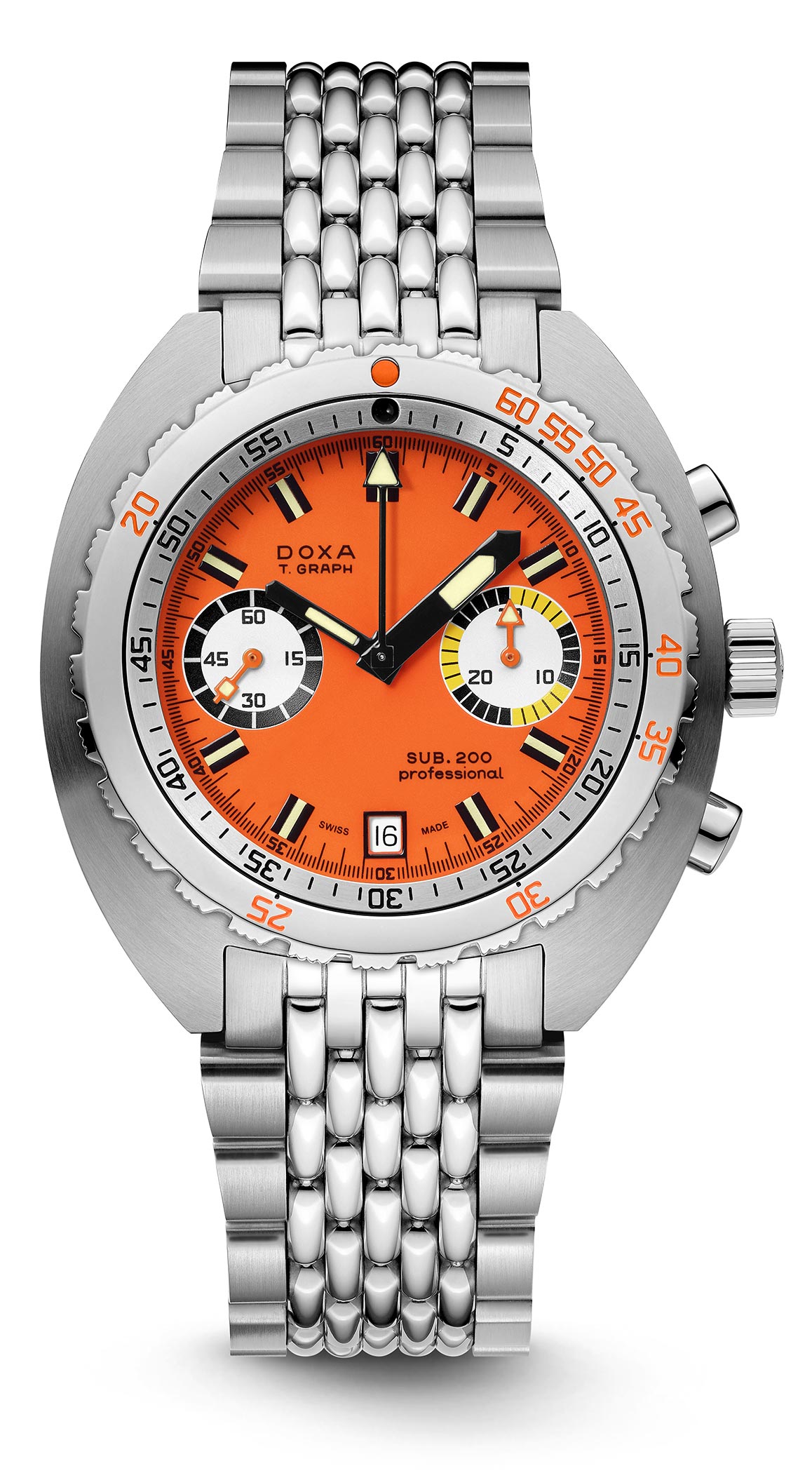 Fashioned out of 316L steel, the quirky case of the 2019 reedition of the model is 43mm x 46mm x 15mm. Standing high off the case for better grip, the no-decompression unidirectional rotating bezel features the time numbering in black, the depth in orange and a Super-LumiNova pearl. The sapphire crystal is treated with an anti-reflective coating. The case and crown are screw-down and the water-resistance of the model is of 200m.

The signature bright orange dial stands out with its unusual design elements. The rectangular hour markers are paired with baton-style hands. These are fitted with Super-LumiNova® beige “Light Old Radium”. The Doxa T.GRAPH and SUB.200 professional caption are off-centred.  The contrasting registers display small seconds and chronograph minutes. The date is indicated at 6 o’clock.

As with the Baselworld gold limited edition, the steel version is powered by ‘vintage’ Valjoux 7734 movements that have been carefully preserved by the Jenny family over thirty years. Naturally, these have been properly refurbished. This hand-wound cam-driven chronograph is the date version of the Valjoux 7730/33 produced in the late 1960s and early 1970s. It operates at 18,000 vibrations per hour with a 45-hour power reserve. 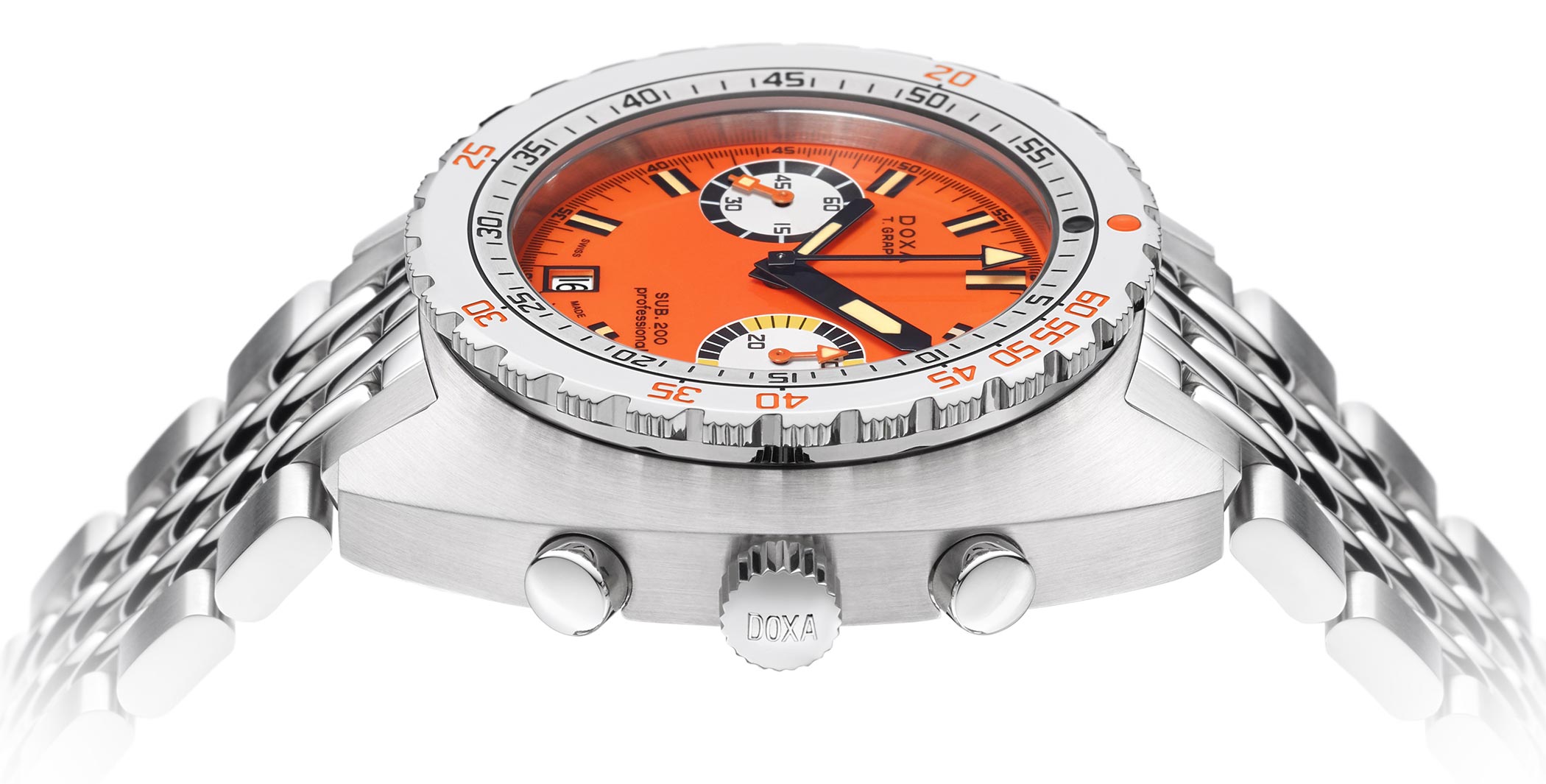 The Doxa Sub 200 T.GRAPH is worn on a steel bead-of-rice bracelet attached by screws. It is secured to the wrist with a folding clasp emblazoned with the Doxa fish insignia and fitted with a wetsuit extension.

A limited-edition of 300 pieces, this steel Doxa Sub 200 T.GRAPH will be available as of September 2nd on the brand’s website. Price is set at EUR 4,900. For more information, please visit www.doxawatches.com