De Bethune is a fascinating brand capable of mixing Haute Horlogerie, neo-futuristic designs and groundbreaking technological innovations into an enticing cocktail that tastes like nothing else out there. Immediately recognizable, De Bethune’s watches have clocked up many prizes over the years. The DB28GS is the brand’s interpretation of the sports watch. Very much a De Bethune DB28 offspring, with its floating lugs, delta-shaped bridge and exposed balance wheel on the dial, crown at 12 o’clock and vanguard looks, the DB28GS is larger, more rugged and water-resistant to 105 metres. Revisited last year in titanium in the Grand Bleu model, this year’s DB28GS raises the temperature of the colour spectrum and arrives clad in a warmer, golden suit.

The Alchemy of thermal oxidation

Heat-treated titanium is something of an in-house speciality at De Bethune. By exposing titanium and steel to heat in the brand’s L’Auberson workshops, De Bethune’s experiments with thermal oxidation have led to a fascinating palette of colours. De Bethune’s particular shade of metallic blue, as you can appreciate on this DB28T model, is a brand staple. However, given the current saturation of blue dials on the market, the brand decided to stray beyond the confines of cool, cosmic blue and play with warmer shades.

Last year we saw a very mellow yellow take on the classic DB28. For 2020, De Bethune has decided to warm up the case of the DB28GS with a more fiery, yellow colour palette. To obtain the new colours, De Bethune coaxes out the natural colours of grade 5 titanium with thermal oxidation. Used for the case, but also for most of the components in the movement, this means that each individual part has to properly calibrated. Although the goal is to produce a range of uniform tones, small variations persist giving each watch a unique character. 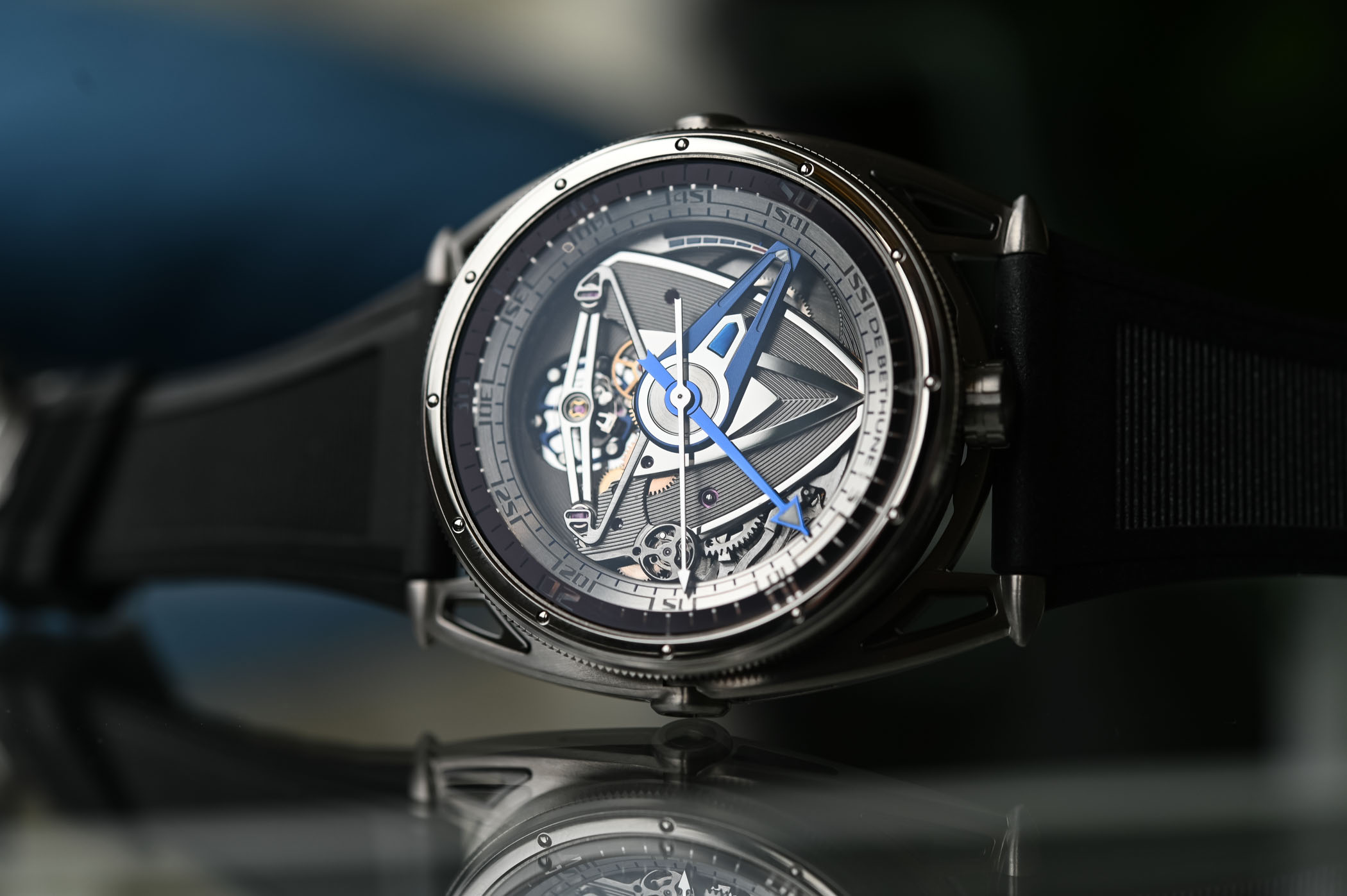 The “Grand Bleu” version of the De Bethune DB28GS 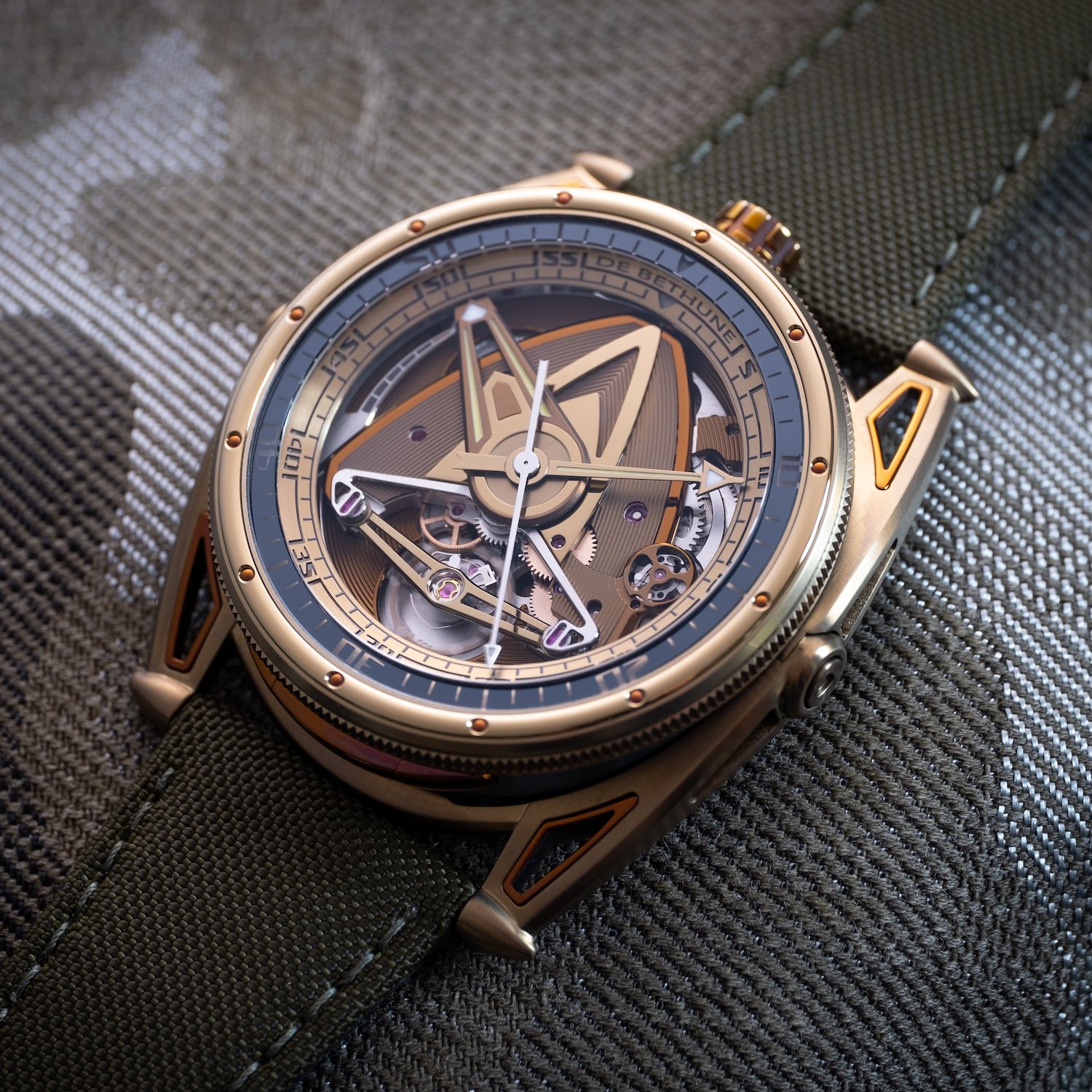 Designed to tolerate depths of up to 105 metres, the DB28GS “Yellow Submarine” does not have a traditional external diving bezel. Instead, the watch displays the minutes used to time immersions on the sapphire crystal that is driven by the unidirectional rotating bezel. The hour markers, or rather hour spheres, are inserted on the polished part of the bezel.

Moving in from the metallised blue markings of the internal diving bezel is a second track for the minutes made from yellow grade 5 titanium with cut-out Arabic numerals. The dial, which displays the hallmark delta-shaped bridge in its centre, the exposed balance wheel at 6 o’clock and a power reserve gauge between 9 and 10 o’clock, features a variety of different finishings on the titanium to obtain contrast and depth. The titanium bridge over the balance is mirror polished, for example, while the titanium plate and barrel bridge covers are engraved using a microlight. As with all De Bethune creations, the level of finishings is superlative with plenty of hand-polished and chamfered parts.

However, where things get really interesting is in the lighting department. Conceived as a sports watch, legibility in any potential environment was an important consideration. Instead of just splashing on loads of lume, De Bethune came up with an ingenious, on-demand lighting system from inside the watch. Fully mechanical, the lighting system is generated by a miniature dynamo activated by the pusher at 6 o’clock. With no electronic components or a battery, the pusher activates a small gear train with a tiny dynamo driven by a twin barrel and lights up the watch on demand. 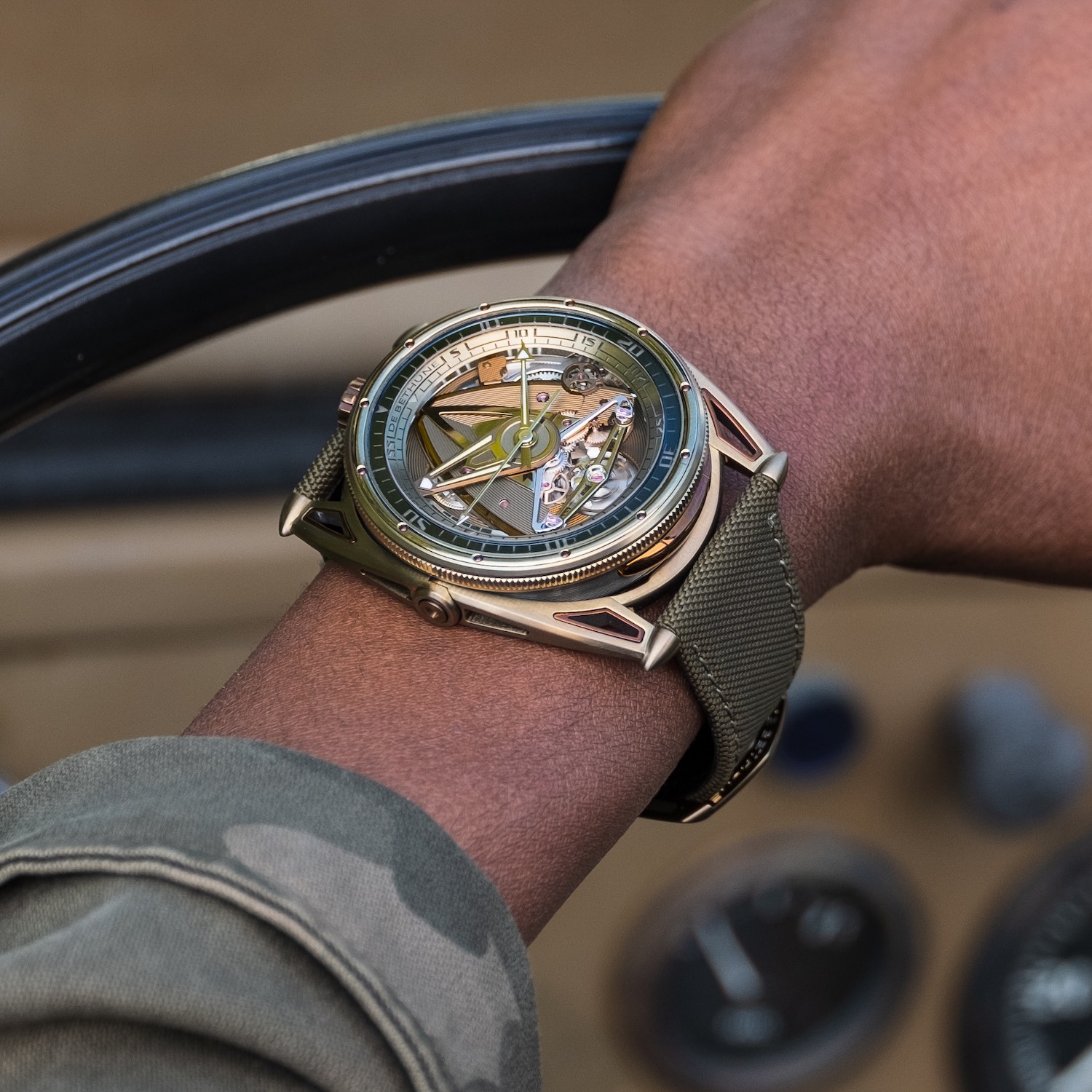 Inside the De Bethune DB28GS “Yellow Submarine” is the hand-wound calibre DB2080 displaying hours, minutes, central seconds and the power reserve. Visible from the front and the back of the watch, this superbly finished movement is made of no fewer than 400 parts. Running at 28,800 vibrations per hour and storing 5 days of energy, it incorporates several of the brand’s innovations, including its in-house oscillator (optimised titanium/white gold balance wheel, De Bethune balance spring with a flat terminal curve), balance wheel triple shock-absorbing system and self-regulating twin barrels.

The De Bethune DB28GS “Yellow Submarine” comes with a natural rubber strap with a folding clasp and an additional canvas and leather strap with a grade 5 titanium pin buckle. The price is CHF 90,000. 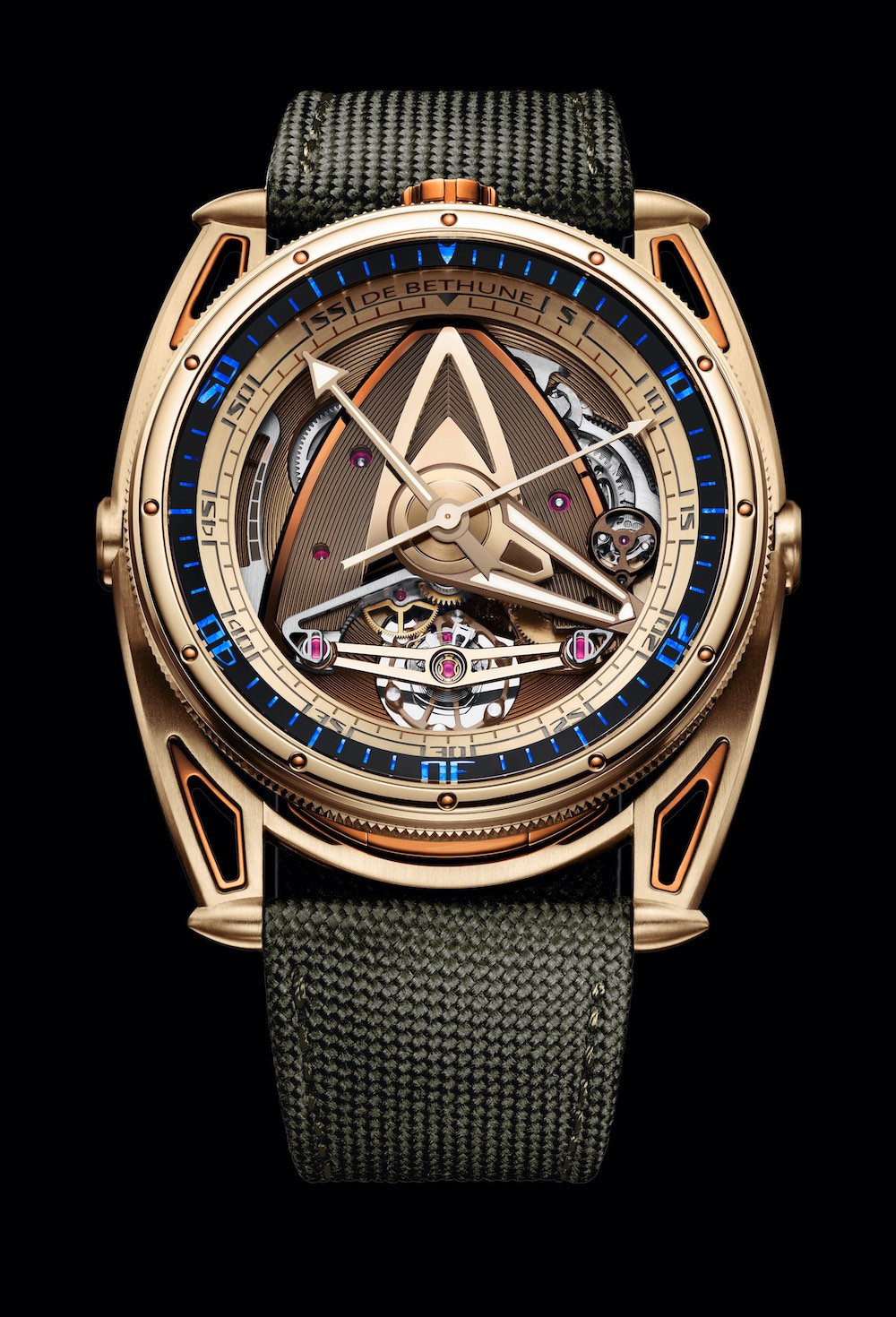