Corum has just unveiled two limited-edition Golden Bridge watches that combine the iconic baguette movement with 16 cables resembling a suspension bridge. The brand’s Golden Bridge collection was first introduced in 1980, but it wasn’t until 2016 that the vertical movement and architectural themes were used in a round case. Prototypes of the linear-built movement first emerged in 1977. The collection has always been about using the watch as a “display case” for the movement, rather than simply a container to be filled. Let’s have a look at these new, architectural watches.

The latest pieces, named Corum Golden Bridge Round 43 Art Deco draw inspiration from the world’s largest suspension bridges, including the Millau Viaduct in France, the Øresund Bridge that connects Denmark to Sweden, 13.6km-long Penang Bridge in Malaysia and the Akashi Kaikyo Bridge in Japan. 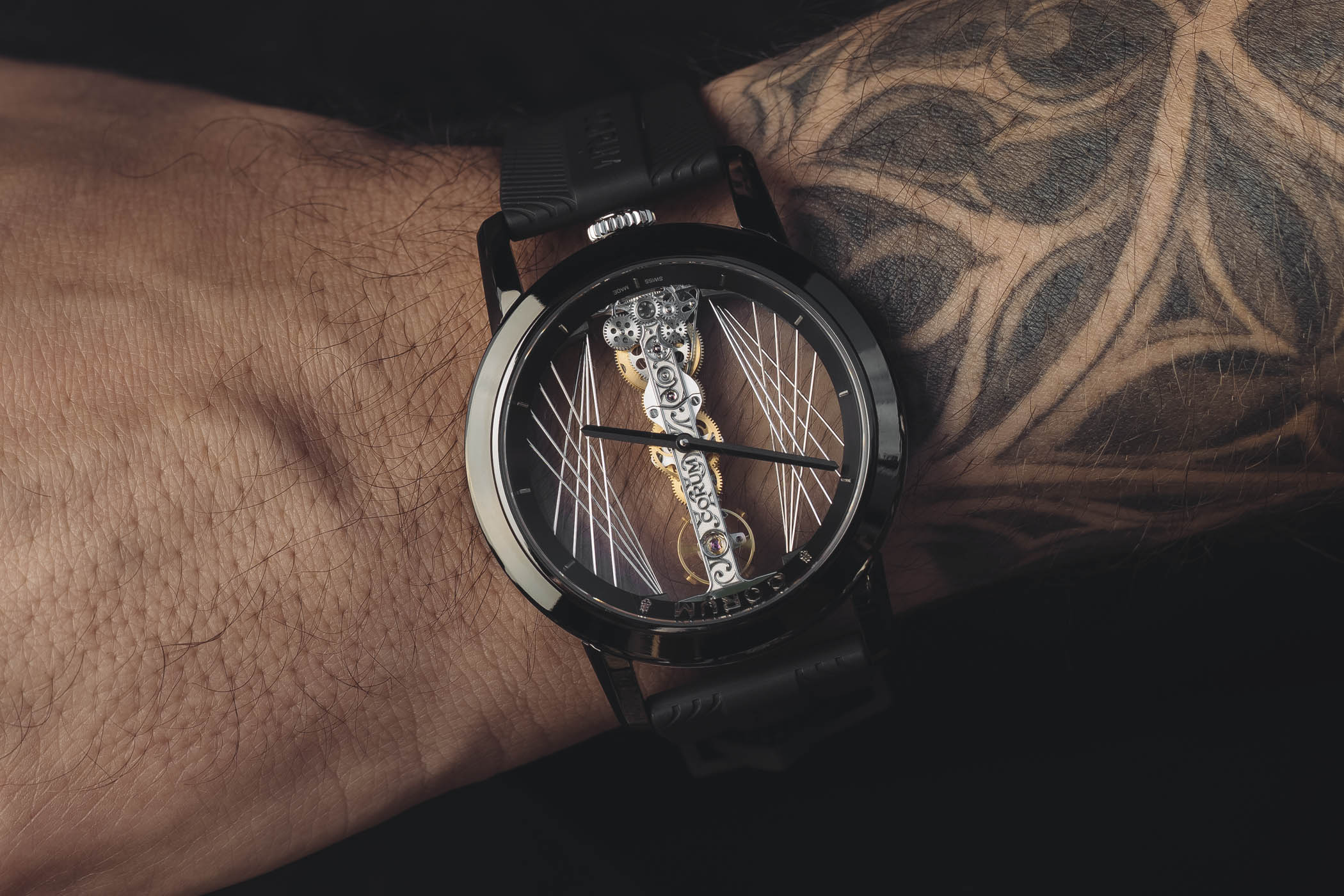 The 43mm case of the Corum Golden Bridge Round 43 Art Deco is titanium grade 5 with a black DLC treatment and polished bezel. There isn’t a dial as the narrow, vertical movement is simply suspended across the centre of the case, attached at 12 and 6 o’clock. Baton-style hour and minute hands are positioned at the centre of the movement, leaving plenty of empty space to peer through the crystals. Four symmetrical series of brass cables (two on each side) work in concert with the movement to create the suspension bridge aesthetic (as if the movement itself was the roadway). 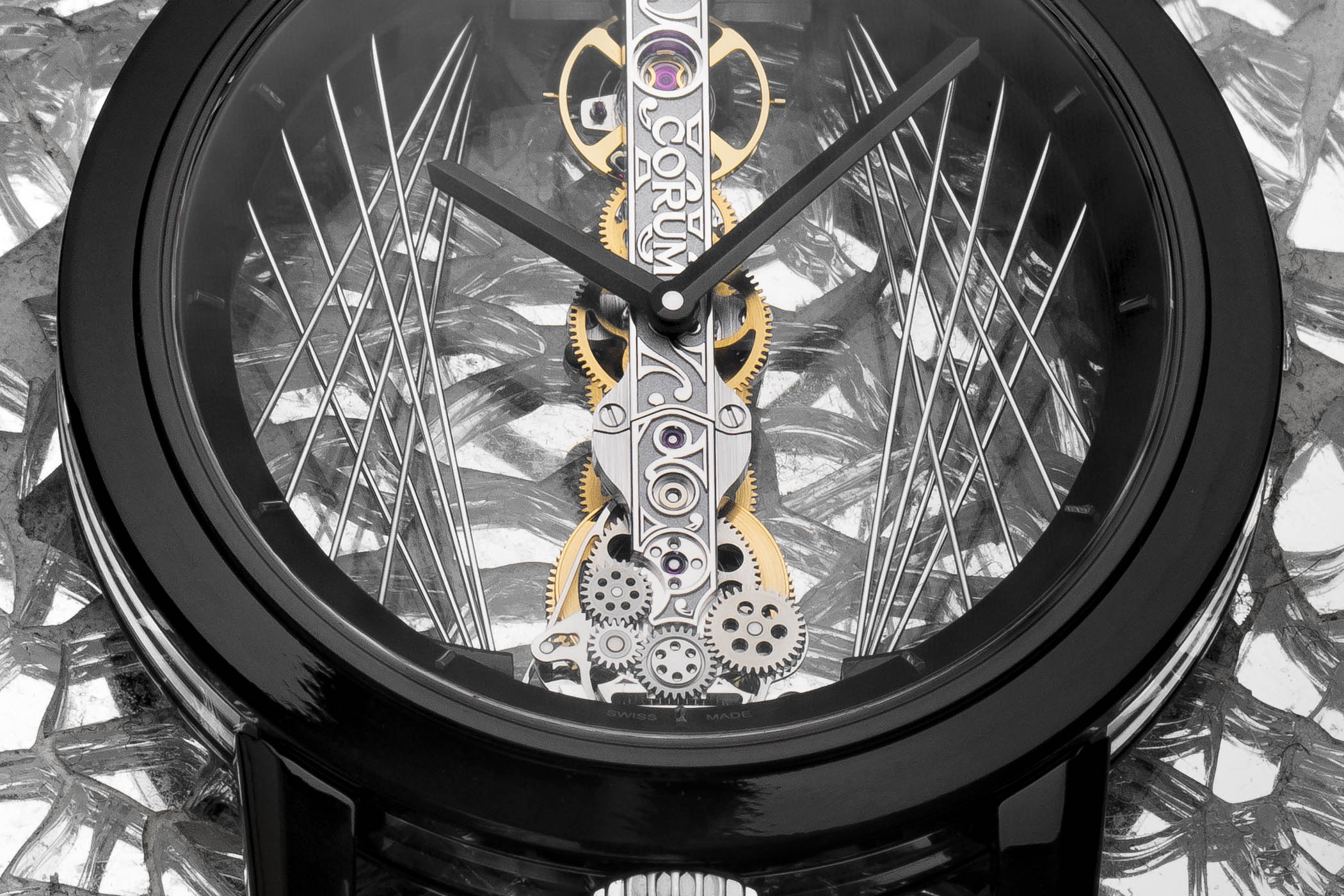 This follows the Golden Bridge Round with girders on either side of the case resembling the road deck architecture of the Golden Gate Bridge. The inward sloping minute track has simple applied indices every five minutes with the brand name applied at 12 o’clock (flanked by two Corum key logos). There are sapphire crystals on the front and back, and sapphire bands on either side of the case to maximize the view of the movement and cables. A flat, knurled crown sits at 6 o’clock with Corum’s logo embossed and the case is water-resistant to 30 metres. 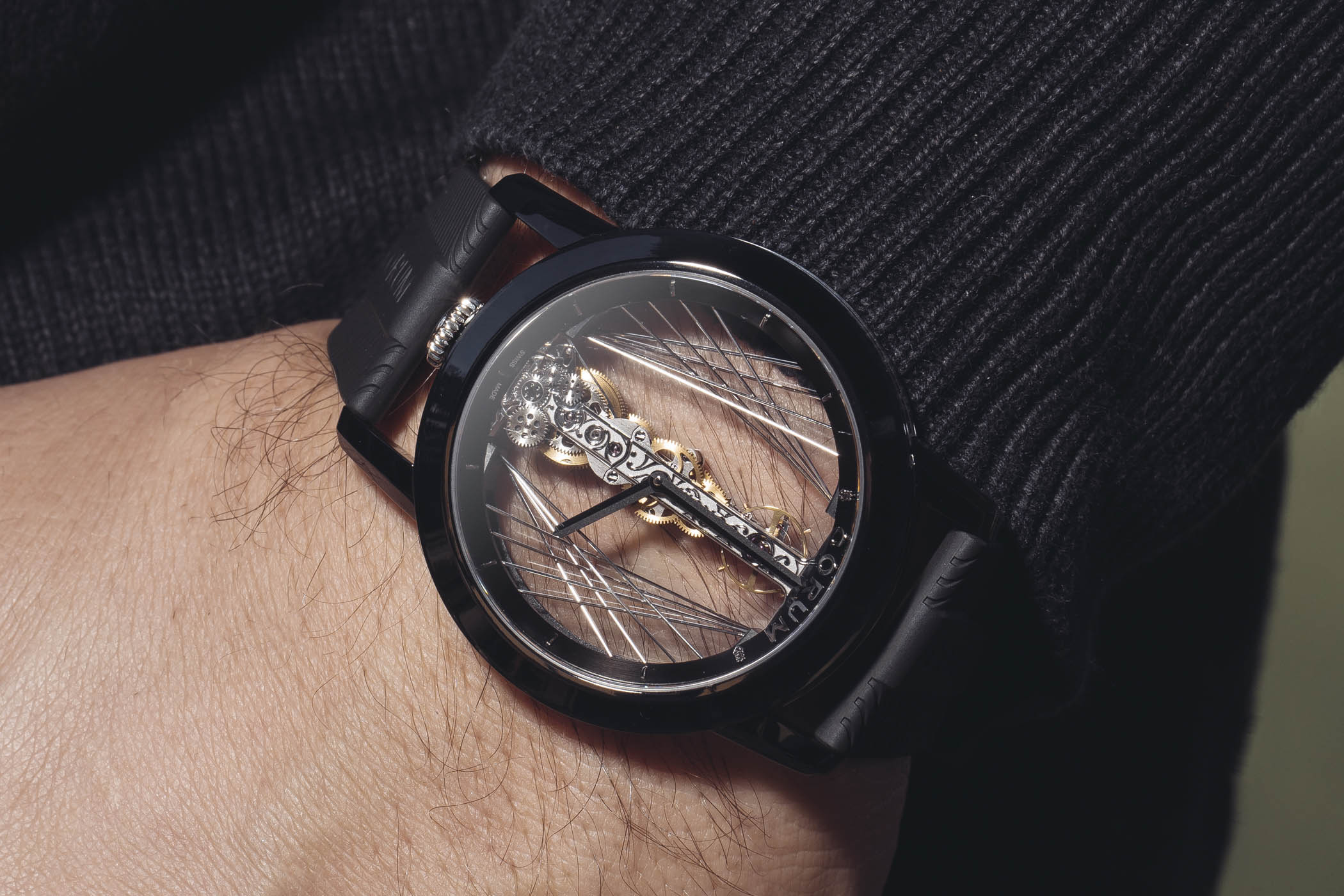 The star of the show is the hand-wound, baguette-shaped CO113 calibre. Its slim, vertical profile allows for a 360-degree view, situated in the case as a piece of art to be admired. It has 19 jewels, beats at 28,800vph (4Hz) with a 40-hour power reserve. Functions are limited to central hours and minutes. Finishing is conservative with some patterns and the brand name hand engraved. The movement, cables and crown are available with either a gold or rhodium finish. Both versions come with a 22mm (to 18mm) vulcanized rubber strap in black with a titanium grade 5 triple folding clasp.

Both Corum Golden Bridge Round 43 Art Deco pieces are limited to 188 pieces each. Retail price will be USD 23,800. More information can be found at Corum’s website.

Hands-on – The Longines Présence Heritage Is An Excellent Run For The Money, And More

Introducing – IWC Drops A Black Dial In The Pilot’s Watch...

Hands-on – The Longines Présence Heritage Is An Excellent Run For...