1994-2019 – A. Lange & Söhne’s most iconic watch is celebrating its 25th anniversary this year. For the occasion, the Saxon brand has created a series of 10 limited edition pieces, each based on a specific model in the Lange 1 collection (recap just below). Today, it’s time for the Grand Lange 1, the modernized, slightly bolder version of Glashütte’s icon, dressed in the typical 25th-anniversary attire.

The Saxon brand has been clear from the beginning of this series (first presented at SIHH 2019): there will be a total of 10 watches in this “Lange 1 25th Anniversary” series, as each of the 10 existing models in the Lange 1 collection will receive a commemorative edition. 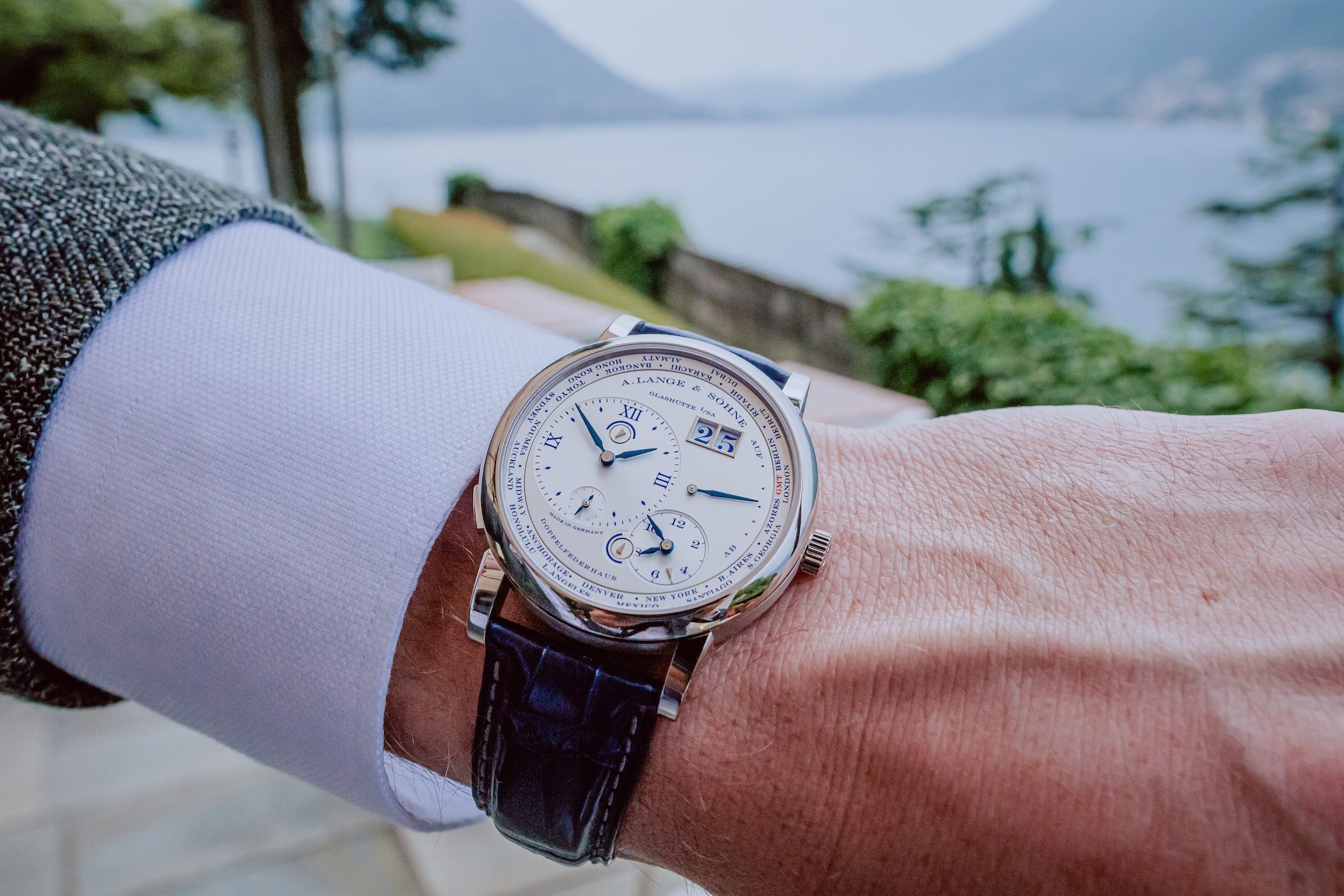 One of the watches already presented in the Lange 1 “25th anniversary” collection, here the Time Zone version.

Today, the brand unveils its 25th anniversary of the Grand Lange 1. Still awaiting their anniversary edition are the Lange 1 Daymatic (automatic model), the Little Lange 1 Moon (ladies’ size with moon) and the Lange 1 Tourbillon (the one with regulator visible on the front).

Before we go into the details of this 25th-anniversary model, let’s take a look at the Grand Lange 1. This watch, as indicated by its name, is the big sister of the classic Lange 1, sharing the same iconic display and functions, however with a different movement (sized according to the watch) and a larger case. 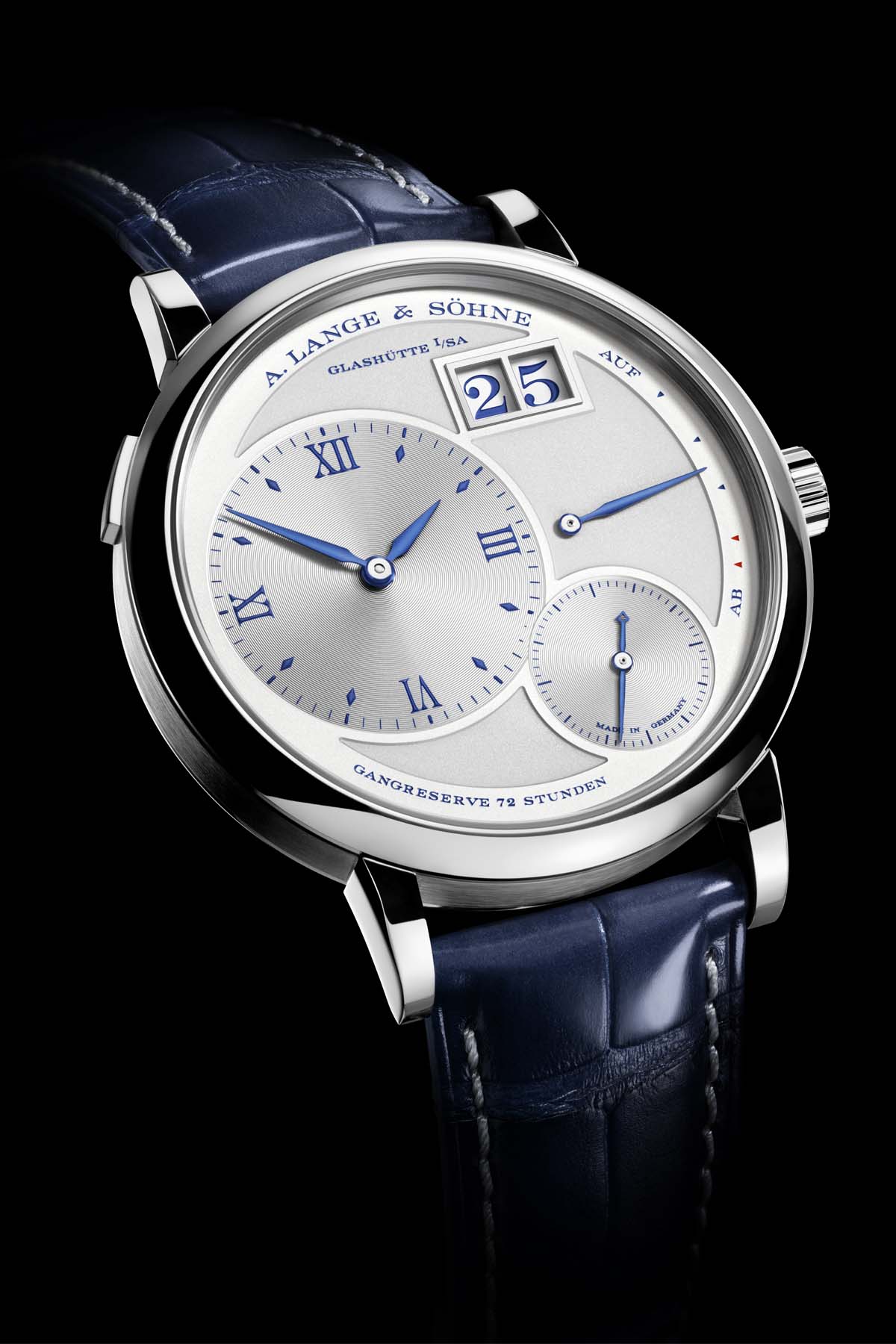 While the classic Lange 1 measures 38.5mm in diameter, the Grand Lange 1 is a more contemporary, less dressy take on the concept, with a 41mm diameter. The shape is identical with the typical robust lugs, the curved and polished bezel, the flat and brushed casebands and the signature date-correction pusher at 10 o’clock. There is, however, one benefit linked to this increase of size: thickness.

Indeed, while the classic 38.5mm Lange 1 measures 9.8mm in height – and even 10.7mm in its 25th anniversary version, due to a hinged caseback – the Grand Lange 1 is 1mm thinner, at 8.8mm in height, giving the watch completely different proportions – the diameter/height ratio being transformed. This was possible thanks to the different movement. 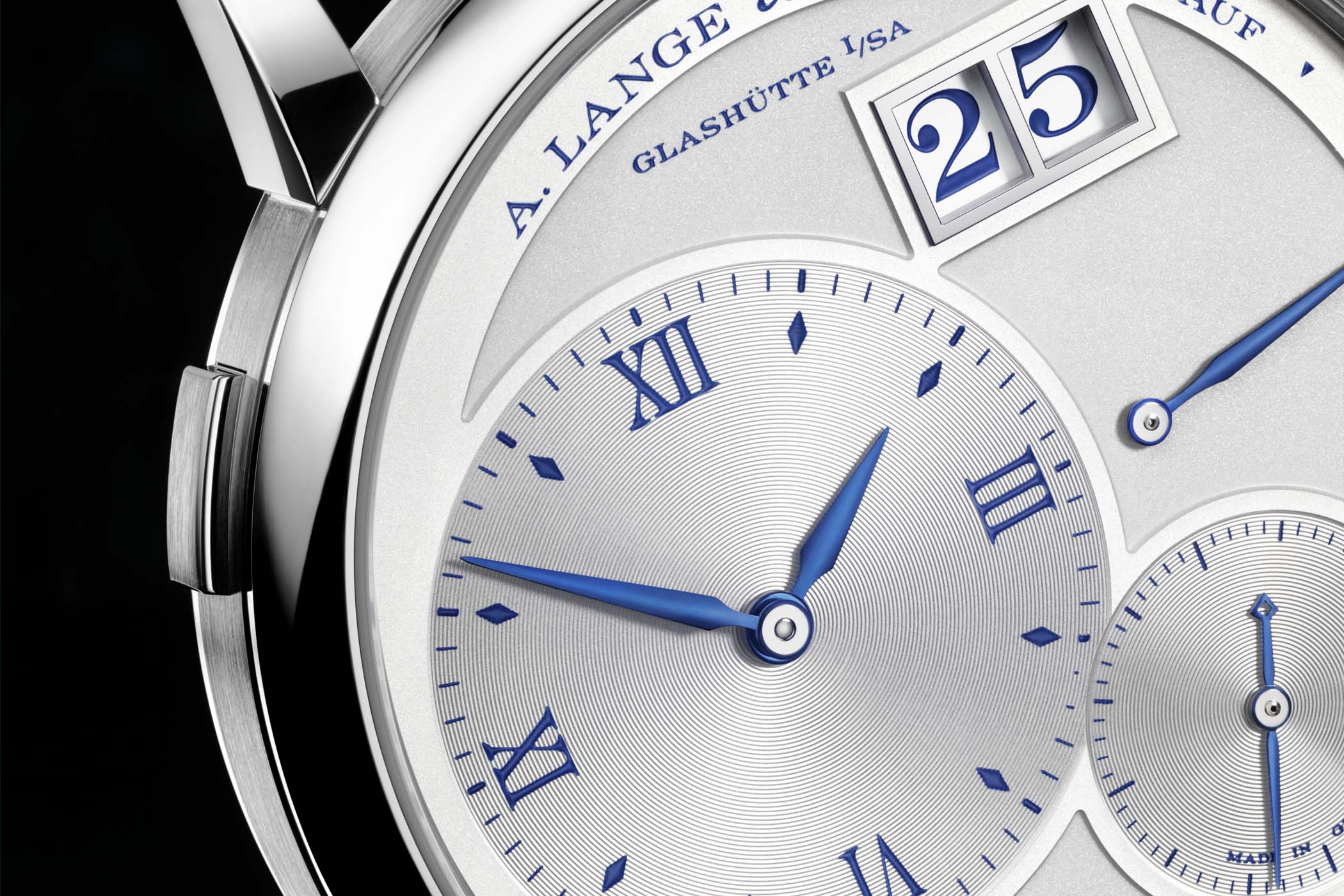 Specific to the 25th-anniversary models is the 18k white gold case. It is paired with a dark blue alligator strap with silvered stitchings and a white gold prong buckle. Everything related to the habillage is otherwise identical to a non-limited Grand Lange 1.

The dial relies on the same silver/blue theme as all the other watches in this commemorative series. The solid silver dial is argenté and executed on several levels – with some recessed areas and different textures. This is the second model to be dressed in such a way, with the classic Lange 1. The numerals and tracks are printed in blue and the hands executed in blued steel. The display remains identical too, with off-centred hours and minutes, subsidiary small seconds at 4 o’clock, outsized date at 2 o’clock and power reserve on the right side.

The back of the watch reveals a specifically decorated movement, with the balance cock engraved with a discreet signature of the “25th Anniversary” collection, integrated in its blue-filled motif: a framed ’25’ that echoes the Lange outsize date. 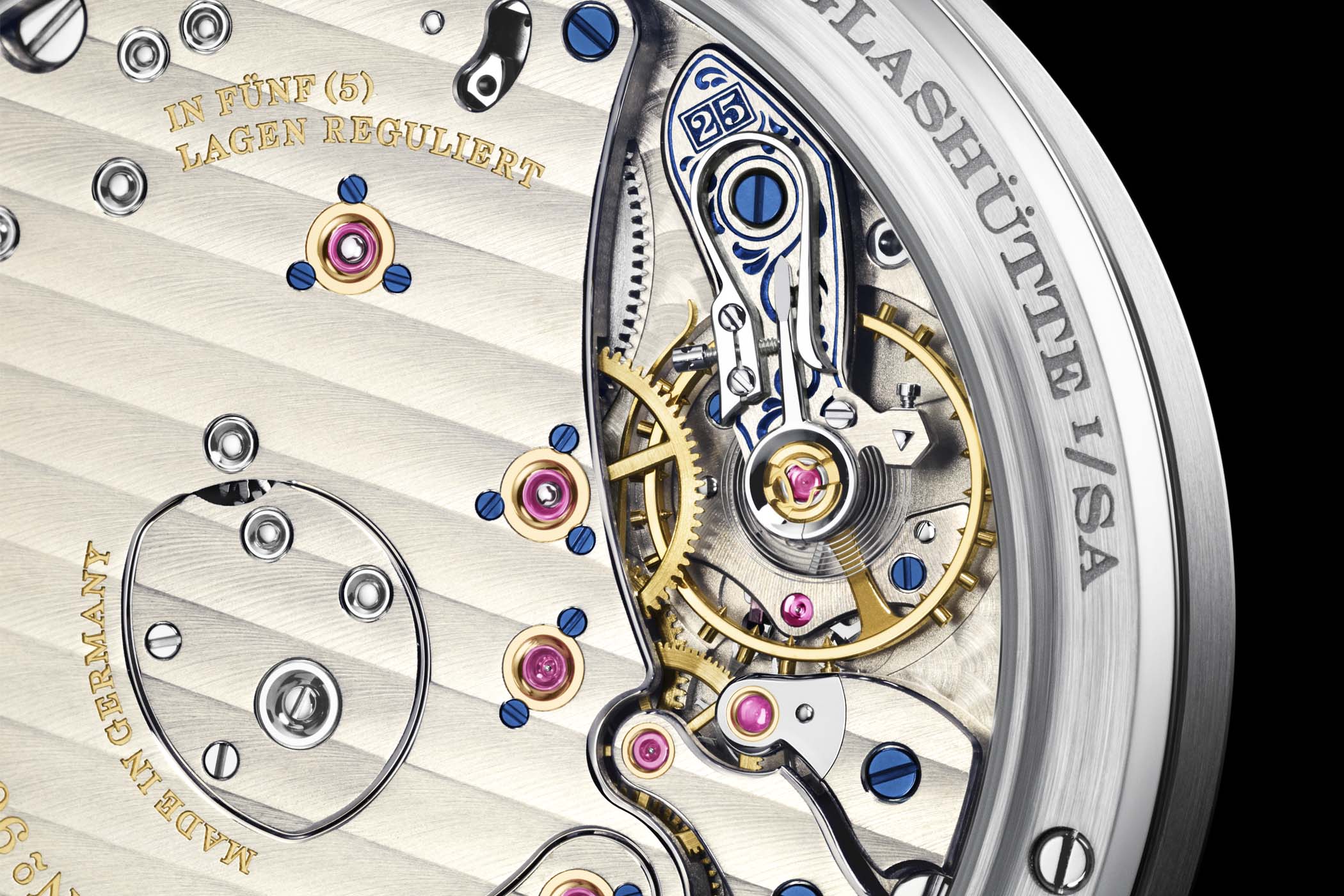 In what has to be the slowest month on record in terms of watch novelties, Bovet breaks the silence with a brand new timepiece,...