Interview – Lewis Hamilton talks Formula 1, (IWC) Watches and what may be next

Just ahead of the French Grand Prix last weekend, I had the chance to sit down with two of the best drivers currently racing in Formula 1, both behind the wheel of the Mercedes AMG Petronas Motorsport W09: Lewis Hamilton and Valtteri Bottas. IWC is a major sponsor of team Mercedes, and both drivers wear gloves with the well-known Big Pilot’s Watch printed on them. So, as you can imagine, the interview steered onto the watch track and we can even tell you what watches both gentlemen might be designing one day with the brand… First part, Lewis talks to MONOCHROME. 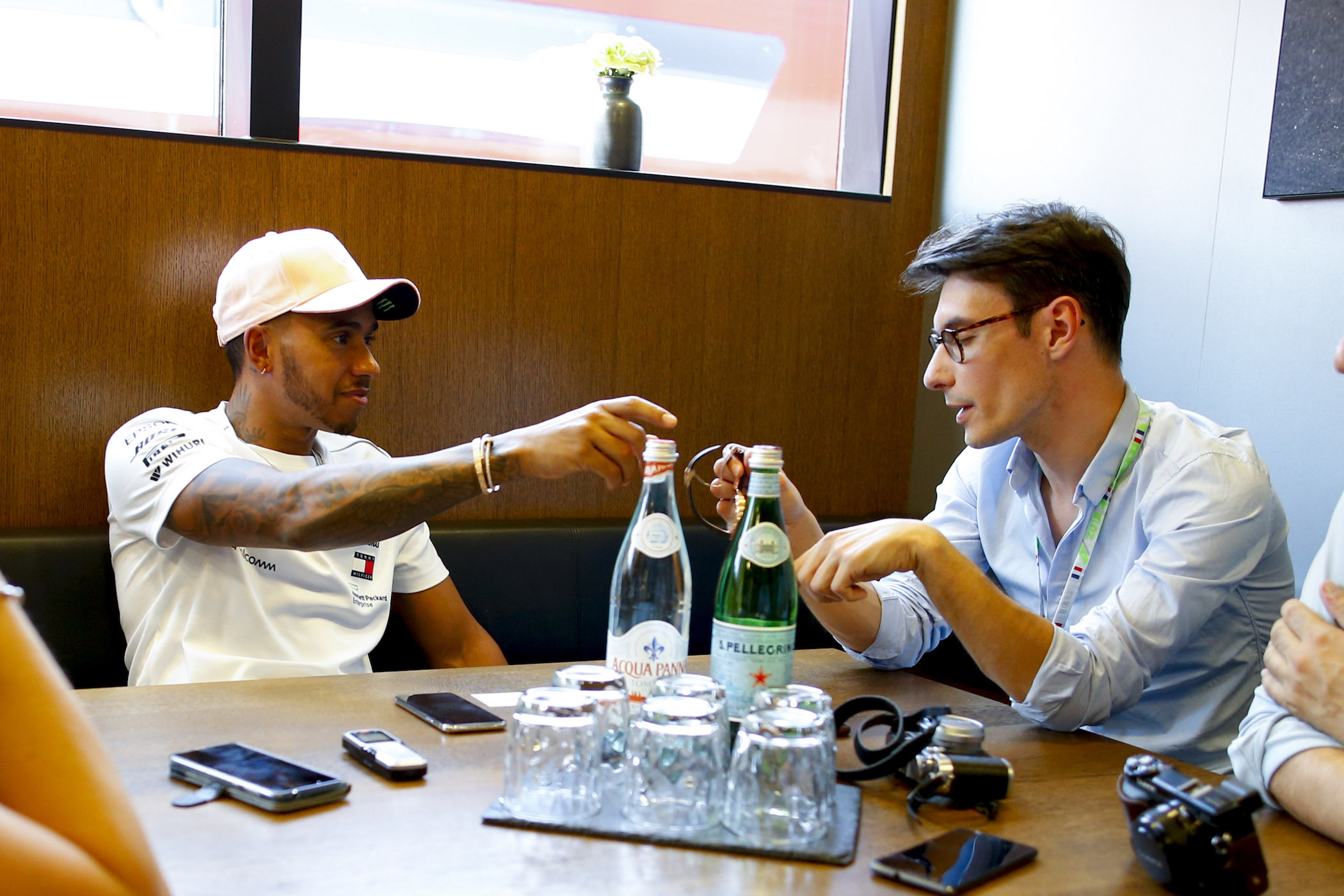 The French GP was a blast for Lewis Hamilton who started in P1 and ended the race in P1… The perfect weekend for him. If the French GP was somewhat chaotic (many crashes but also lots of overtaking – always good to see as a spectator), we can’t say the same about Lewis’s race, which was slightly smoother – and very successful. 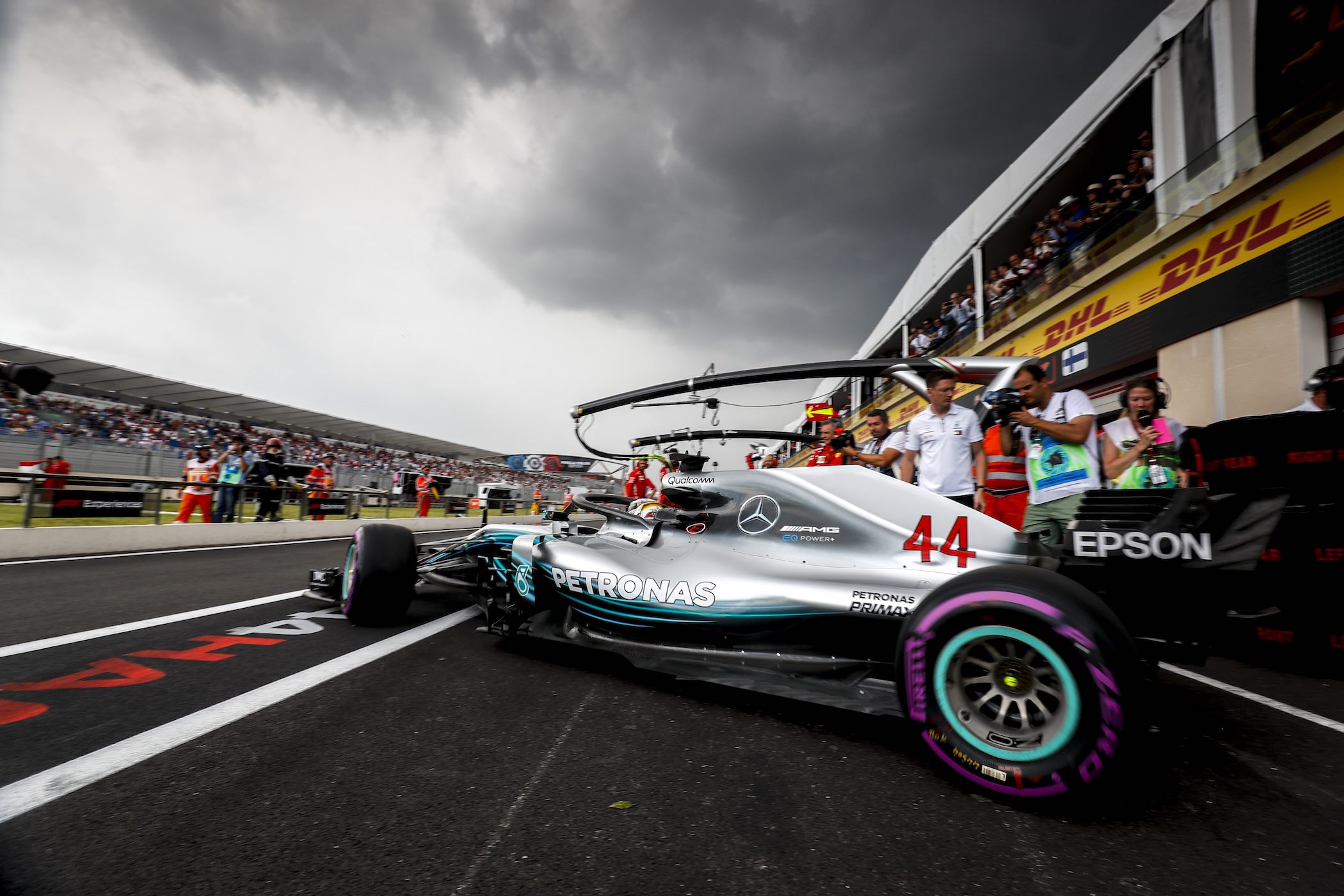 Back to the main topic of the day. My first mission was to see if my impression of these men matched up to reality. And in fact, their answers to the same questions were very close to the image I have of them. One is flamboyant and straightforward, the other down-to-earth and rational. This was reflected on their wrists that day too, as Lewis was wearing a striking red-gold IWC Pilot’s Watch Annual Calendar tribute to Antoine de Saint-Exupéry while Valtteri was wearing a more discreet watch – which you’ll discover tomorrow. Two different styles, two different men but one single goal: victory.

When it comes to style, how do you define yourself?

LEWIS HAMILTON – I don’t really take inspiration even if I keep a close eye on pop culture or what the kids are wearing today, what many fashion brands are doing, in terms of design, fabrics. I watch most of the shows, whether online or I go to them. I like to dress more urban, street-style. Urban chic is how I would describe my style. This is why I brought Tommy (Hilfiger) to the team this year.

Back to watches, you have an IWC printed on your glove. Wouldn’t you prefer to wear a real one instead, while driving?

Note: I asked this question (almost) knowing what the answer would be, but it’s always better to hear it from the pilots themselves. And the answer was clear…

LEWIS – Every bit of weight counts. And why would you wear a watch when you can’t watch it? You can’t look at it while driving, so it’s pointless. There’s no reason to have it there, on the track. It’s not like you can look at the time or anything. Like, why would you walk down the road with a shoe on your head…? Completely pointless!

So, outside the car, what if you had to create your own watch… what would it look like?

LEWIS – I’d love that! I’d love to design my own watch! I never really thought about it but rose gold is my favourite. Mixed with carbon fibre maybe. I love the Big Pilot’s watch, I love heavier watches. I like to feel the weight on my arm. Most likely it would be a perpetual calendar and a tourbillon. A watch as mechanical as possible.

Below, just for the fun of it, what Hamilton’s watch could look like… 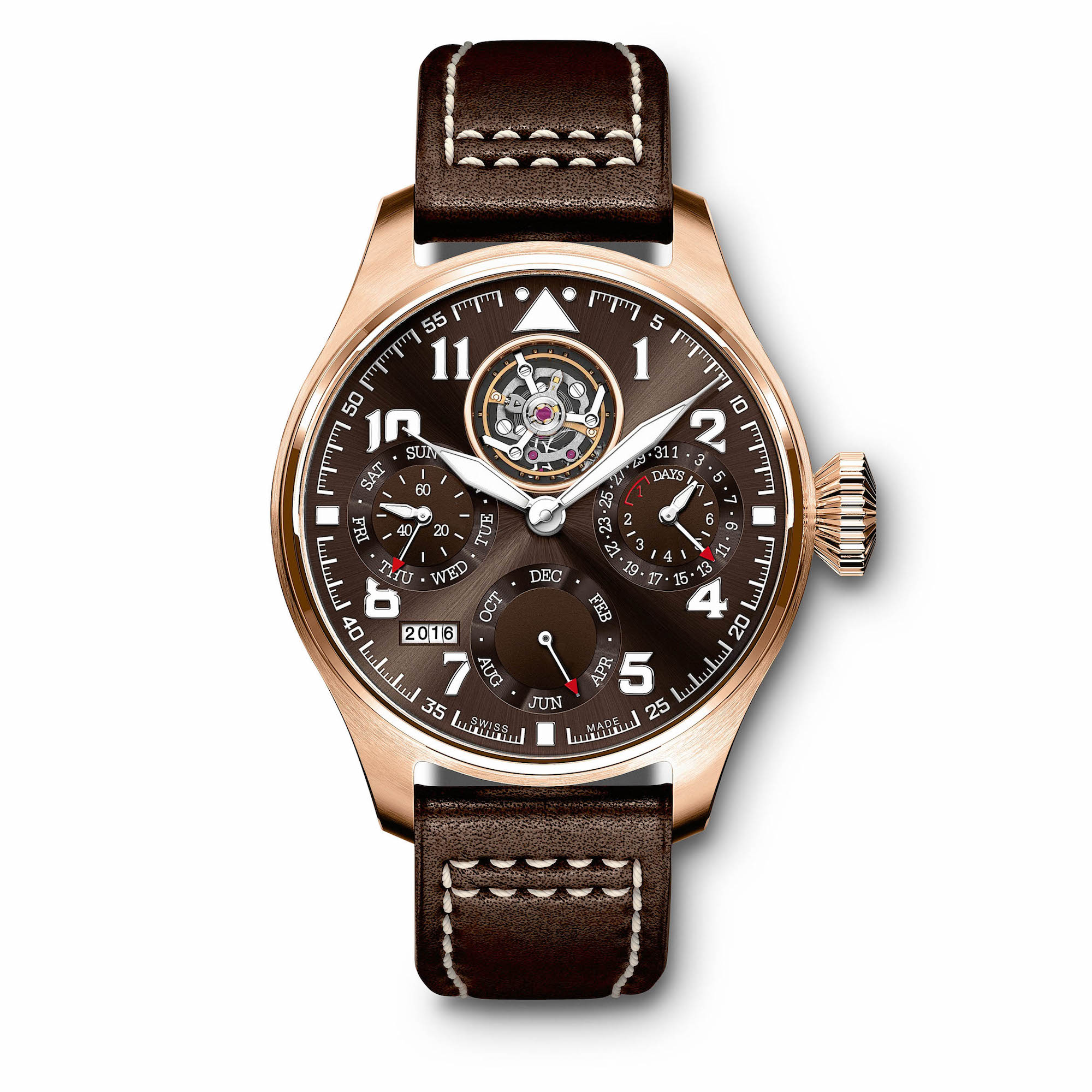 Racing… some words about racing and the current season

LEWIS – It’s often easier to catch up than to stay ahead in terms of development. Last year, we had a good start and everyone got closer by the end of the season. And we’re coming to this season and this remains the same. Just very, very close. We have 21 races and the cars can’t be perfect on 21 tracks. There’s going to be one that suits one car and the opposite, depending on the cars’ characteristics.

This year we’ve seen two wins by one driver, then two wins by another driver and it’s going to continue till the end of the year. It will be fantastic for spectators. Already last year with Ferrari it was super-close. And it’s also more fun for me too. More pressure, more competition. It’s more fun to fight against another team. You don’t know what they have under the hood or what they’re going to do the following weekend. We have to constantly challenge ourselves.

You have to focus more on teamwork. When you’re in the team and fighting against the other driver, you’re not really doing teamwork. You’re trying to take your car ahead. Now, it’s collectively trying to push the team ahead of the others. So, I work more closely with Valtteri (Bottas) than I worked with Nico (Rosberg). It’s a different battle.

What could be the future for you? Another category – MotoGP, 24h of the le mans?

LEWIS – I’m not really interested in the other classes. I’ll most likely complete my career in Formula 1. I admire and respect other categories and the drivers from them, but it doesn’t do anything for me. I watch Formula 1 and it’s “wow”, that’s what I always wanted to do. I don’t watch Le Mans or Touring Cars. Except for MotoGP… That I love! MotoGP, I would do. (MotoGP is the equivalent of F1 for motorbikes).

It wouldn’t be an option, however, after Formula 1. Professionally at least. I only want to do something and be the best at it. I do believe if I had started earlier, maybe at a young age. But if you think right now, if I go to MotoGP, the experience the drivers have, I could never catch up. And trying to catch up, most likely I’ll break something and get injured! And in my thirties, I’d be an old driver (laughs).

Tomorrow, we will have the second part of this interview, this time with Valtteri Bottas (Lewis’ teammate), with the same questions… And you’ll see that these two guys are really different. Stay tuned!