Polo (on a horse that is), has a mysterious allure. One of exclusivity and physical bravery. The ultimate sporting expression of man and beast working in perfect synergy. For those who don’t play (and I count myself in that group), the sport of kings is also devilishly difficult to understand. And when I say that, it’s not just the game itself that’s hard to grasp – it’s the culture, the financing and playing calendar that baffles.

When it comes to watches – a subject I am more comfortable with – the link between polo and the Jaeger-LeCoultre Reverso is inextricable. But to fully appreciate the watch and its historical significance it almost seems wrong to not be able to really understand the sport. And for that reason, I sat down with a woman as qualified as any to take us through the basics: Clare Mountbatten, Marchioness of Milford Haven to give her full name. Clare is a Jaeger-LeCoultre ambassador and one of the most well-known faces in British polo. She took up the sport in 1998 and gained a reputation as a fearless competitor. She does not play in all-women teams, instead, she is competing with men. 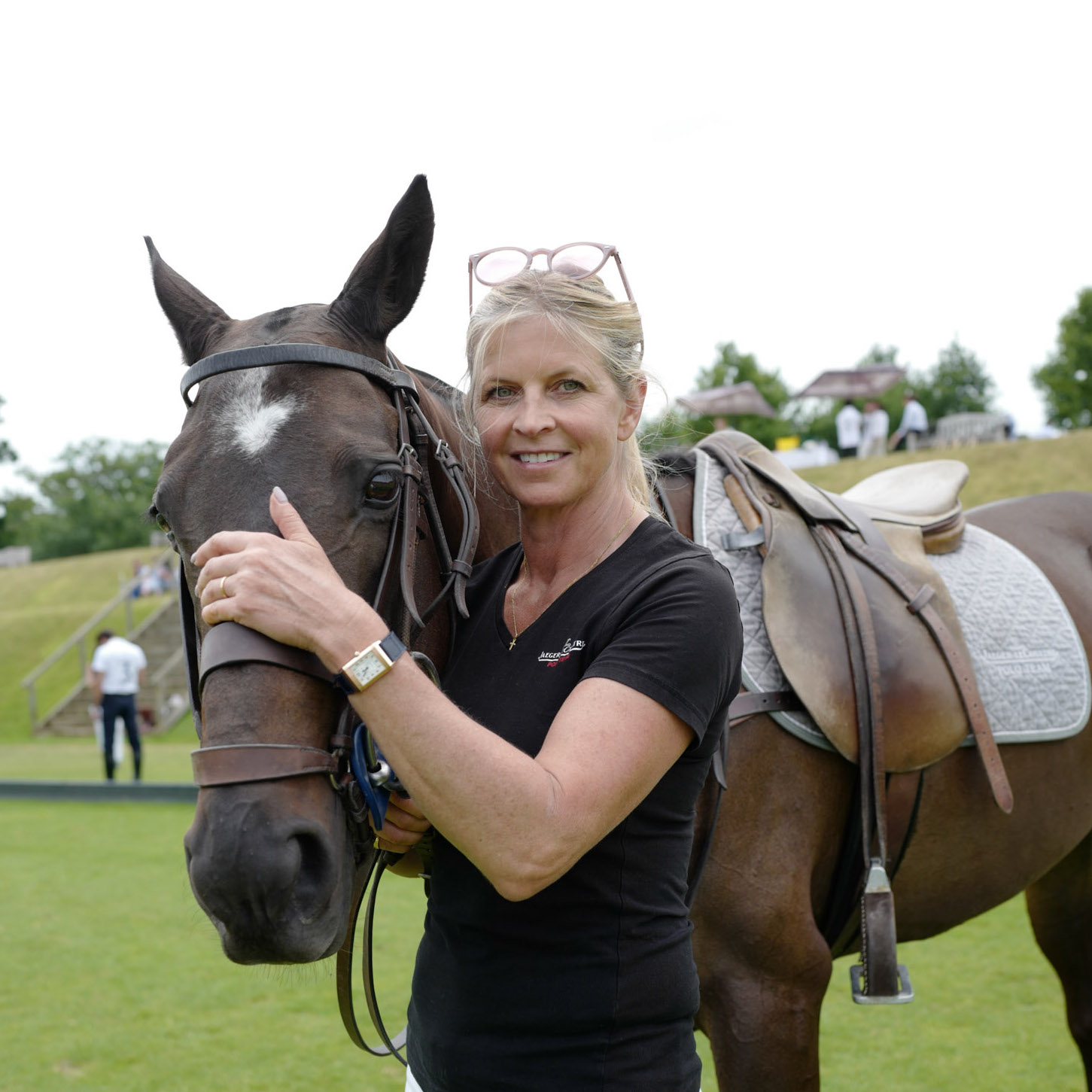 Justin Hast for MONOCHROME – Can you give me a brief overview of the history of the sport?

Clare Mountbatten – Polo is arguably the oldest recorded team sport dating back to the 6th century when it was played in Central Asia as a training game for the cavalry. Over the ages, the aristocratic game developed to promote equestrian and military skills. It was ranked next to battle itself as the ultimate test of the prowess for princes and warriors.

What are the rules?

There are many rules in polo! But the main rules exist to prevent accidents so penalties occur when a player infringes the rules. In short, there are four players on each team, each ‘chukka’ lasts seven minutes, there are two umpires in each game, you can only play with your right hand, horses are changed after each chukka, you change ends after each goal scored, you can move a player away from the ball with the strength of your horse (shoulder to shoulder) and you can ‘hook’ your opponents stick. The team that scores the most goals, wins! 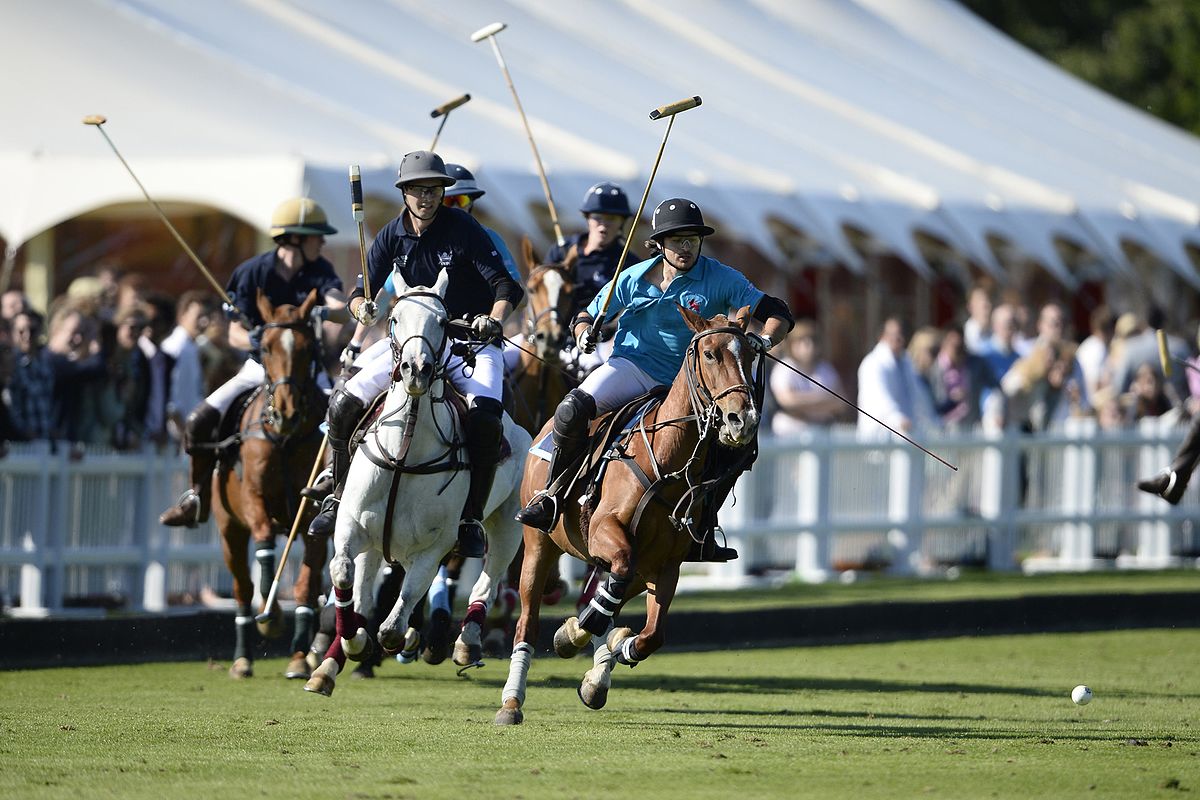 Is there a global competition or a set of fixtures?

Polo tends to follow the sun and moves around the globe with different seasons in different countries. For instance, the main English season runs from May-July, Spanish/French season from August-September, Argentine season October-December, Florida/Dubai January-March and so it goes on. Each country has clubs with their own set of fixtures. You have to join a club to play polo. 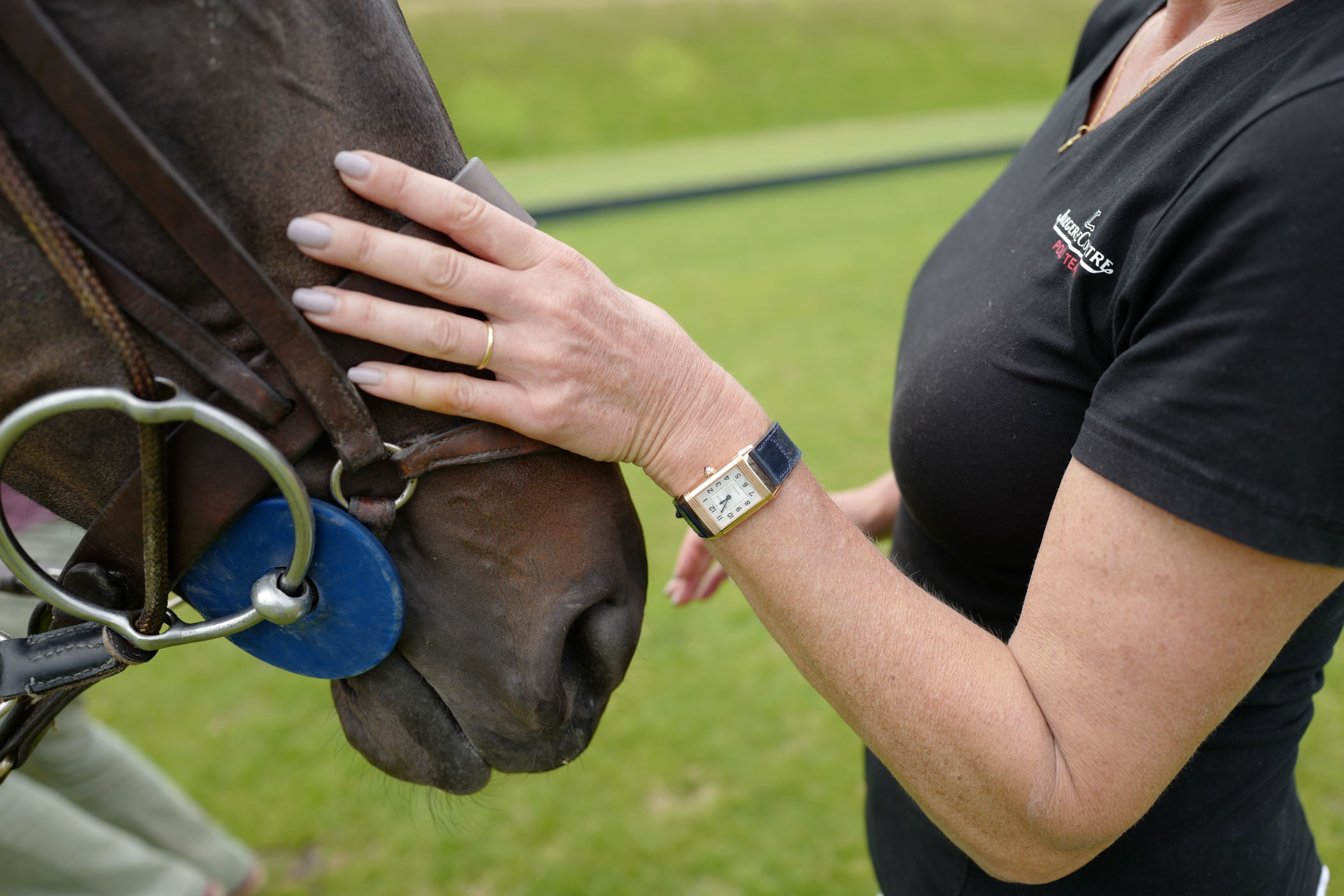 Who oversees the sport globally?

Polo is overseen by the FIP – The Federation of International Polo. It represents the national associations of more than 90 countries. FIP’s principal aim is to enhance the image and status of polo internationally. 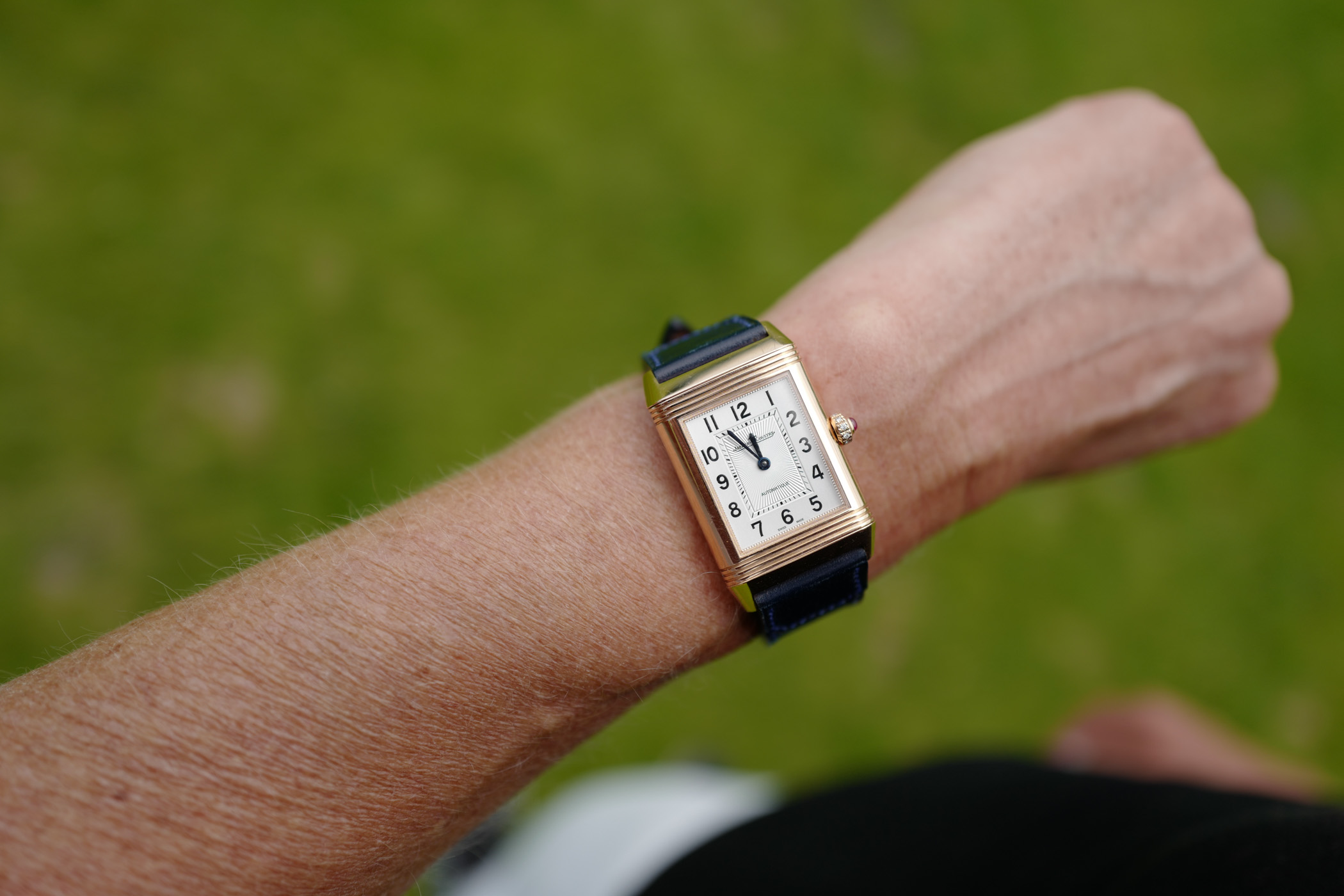 When did you start playing?

My husband George got me into polo. Something he now regrets probably! George started playing in his early twenties and was a very good amateur player off 2 goals. He is very enthusiastic about things he enjoys and encouraged me to have a go when we were on a polo tour in Ghana about 24 years ago! I was hooked right from the start. I had never even entertained the thought of playing as I had never had the opportunity but it has changed my life.

Is it common to have men and women in one team?

Yes, it is common to have mixed teams in every country apart from Argentina where the men and women play in separate leagues. However, polo is primarily a male-dominated sport.

Is there a Polo memory you can recall that stands above others?

Although playing a season of high goal in 2008 was an incredible experience, the highlight of my polo career was, without question, playing in the European Championships in Austria in 2010. The HPA decided to send an all-female team to compete amongst 10 all-male teams in this annual European 8 goal tournament. We played against 5 all-male teams, lost only one game, and won a Bronze Medal for England. It was the most memorable moment of my polo career and I felt extremely honoured to be representing my country.

What makes a great player?

A great player needs to have a combination of good hand/eye/ball coordination, good equestrian skills, a brave heart and a clear head. 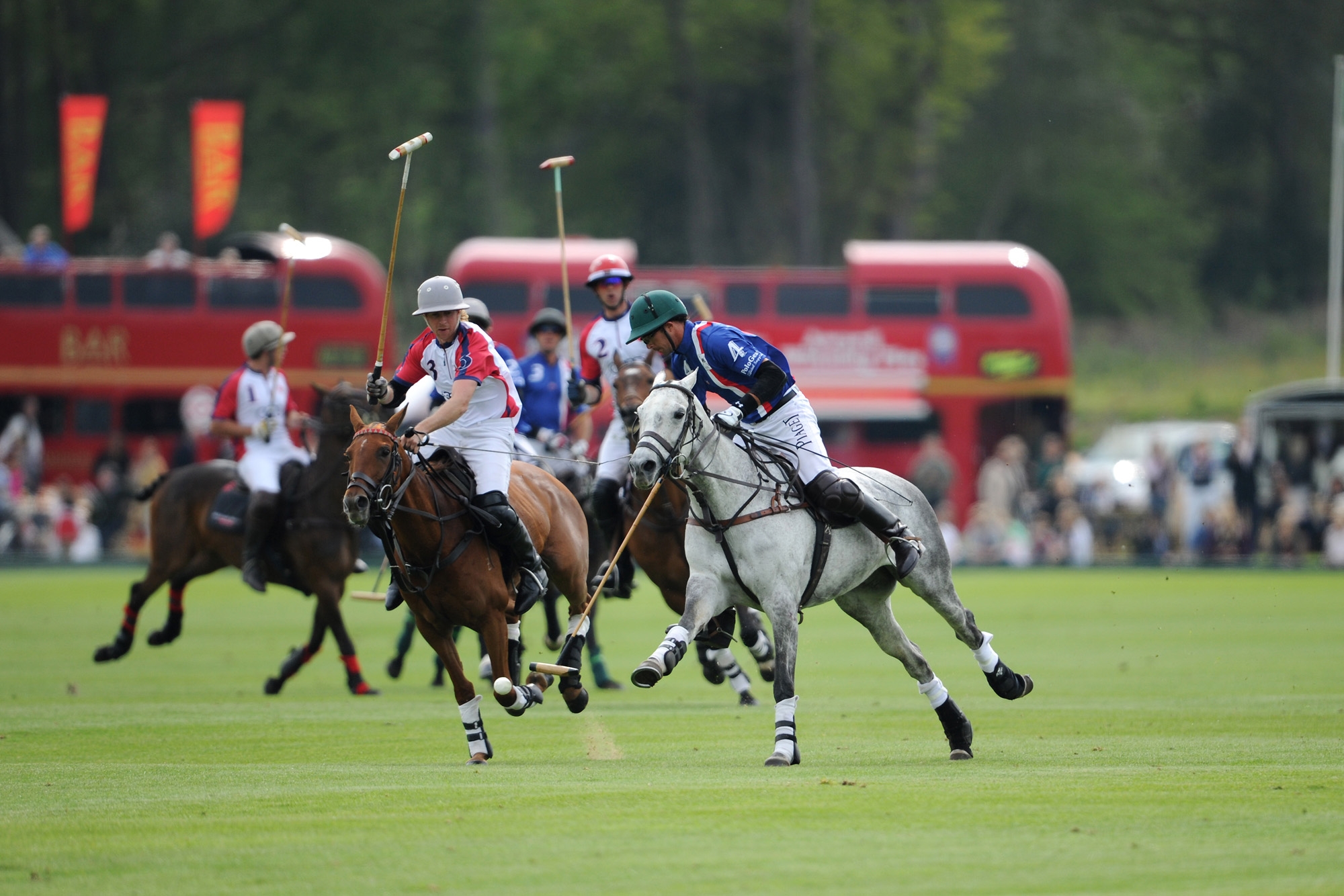 Who are the best in the world and why?

The best players in the world are all Argentine. They are the only country to have players with the ultimate handicap of 10 goals. This is because polo is indigenous to Argentina where large stretches of flat land lend itself to breeding, rearing and training polo ponies at a much lesser cost to the rest of the world. The Gauchos are historically expert horsemen, so it is in the blood.

How has the game evolved over the years you have been involved?

Over the past 20 years since I started playing polo competitively, I have noticed a much greater professionalism creeping into the sport which, on the one hand, is great for the sport because it is raising the game, but, on the other hand, is making the sport more expensive to play, particularly for amateur players.

What does the training for a player/pony look like on a daily/weekly basis?

Polo ponies go out on exercise first thing in the morning and then again in the early afternoon unless they are playing in a game that day. They are generally kept in stables so that their feeding is closely monitored and checked daily for any injuries or ailments. For the players, fitness training is normally a daily ritual during the season plus ‘stick and balling’ practice in between games. Depending on the number of tournaments entered, players can compete up to 5 times a week.

Who would make up your dream team?

Do you play in your Reverso?

I have only one Reverso that I would play in as it has a rubber strap so when you sweat, the strap isn’t completely destroyed. This particular one is a Reverso GS Dame Caoutchouc. 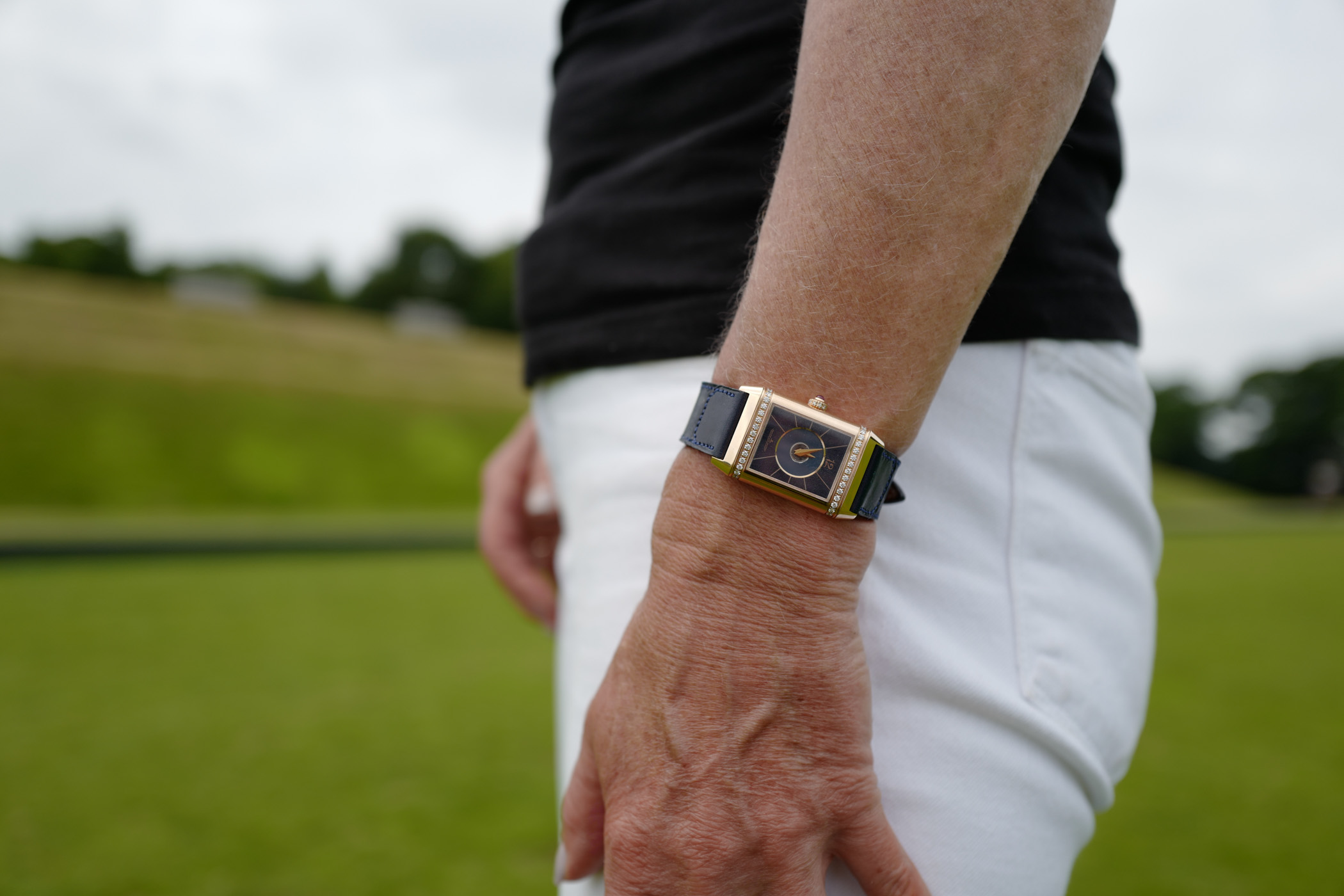 How would you sum up the game in three words?