This weekend, several major Swiss publications announced that COMCO (the Swiss Competition Commission) was about to announce that ETA, one of the major Swiss producers of watch calibres, ébauches and parts, would be forced to stop deliveries of movements to third-party manufacturers and watch brands as of 2020. The Swatch Group reacted strongly to this decision in the present statement. Today, December 19th, 2019 COMCO finally communicates a decision – which isn’t final but only a 1-year agreement: ETA will have to continue to deliver movements to third-parties in 2020… This is another step in the ETA vs. COMCO saga that started over 15 years ago. The next episode is expected in summer 2020.

The long-lasting COMCO/Swatch Group case started in the early 2000s. At the time, very few watch brands and companies were manufacturing what we now call “in-house” movements. Swatch Group with its movement manufacturer ETA – but also Frédéric Piguet, Nouvelle Lemania and Nivarox, a company manufacturing regulating organs for mechanical movements – had a dominant position creating a huge competitive advantage within the Swiss watch industry. ETA had, back in the days, an estimated 75% market share regarding movement manufacturing. 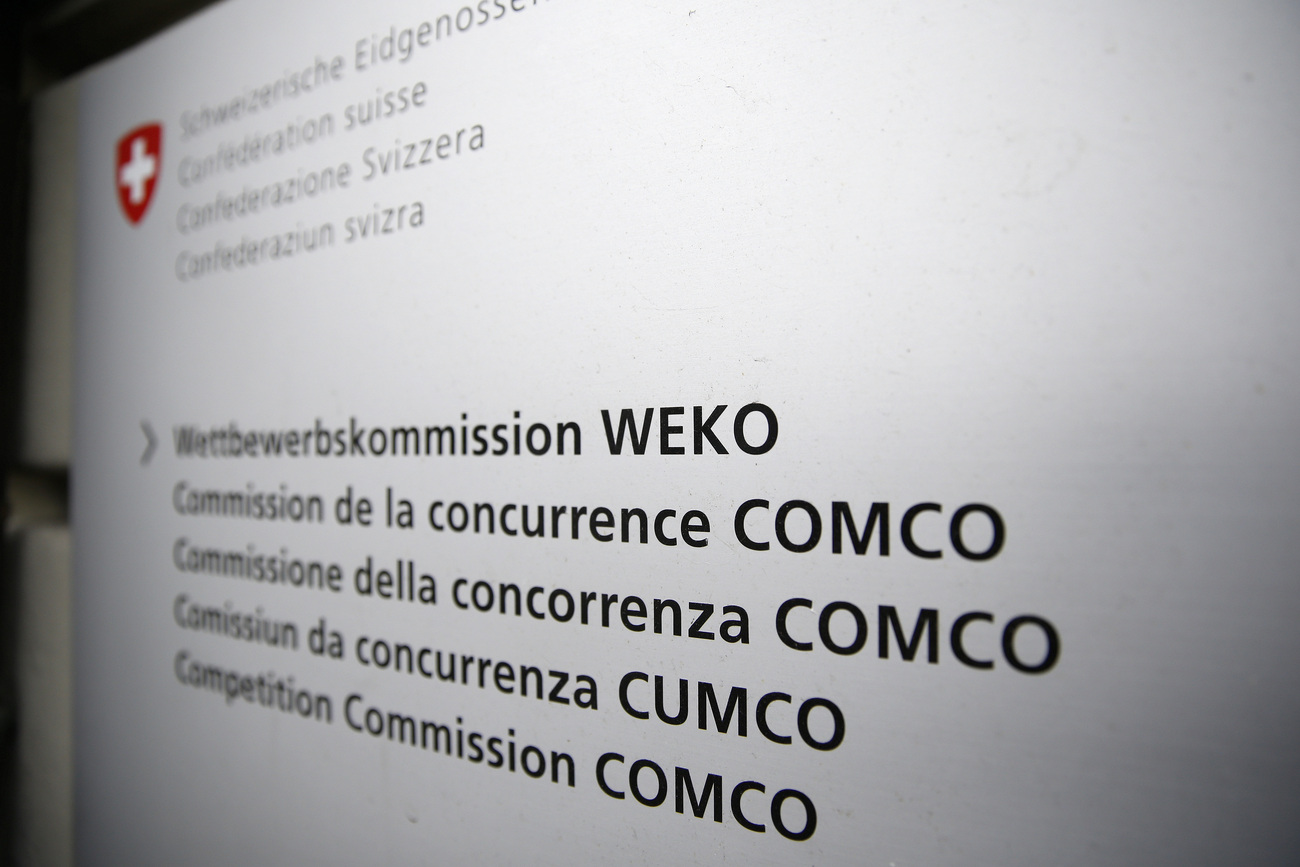 As the Swiss watch industry was flying high, ensuring a steady supply was crucial. In 2002, Nicolas G. Hayek announced that ETA would stop delivering ébauches (movement blanks) as of 2006. Following an investigation by COMCO, Swatch Group was forced to continue deliveries of movements until the end of 2010. 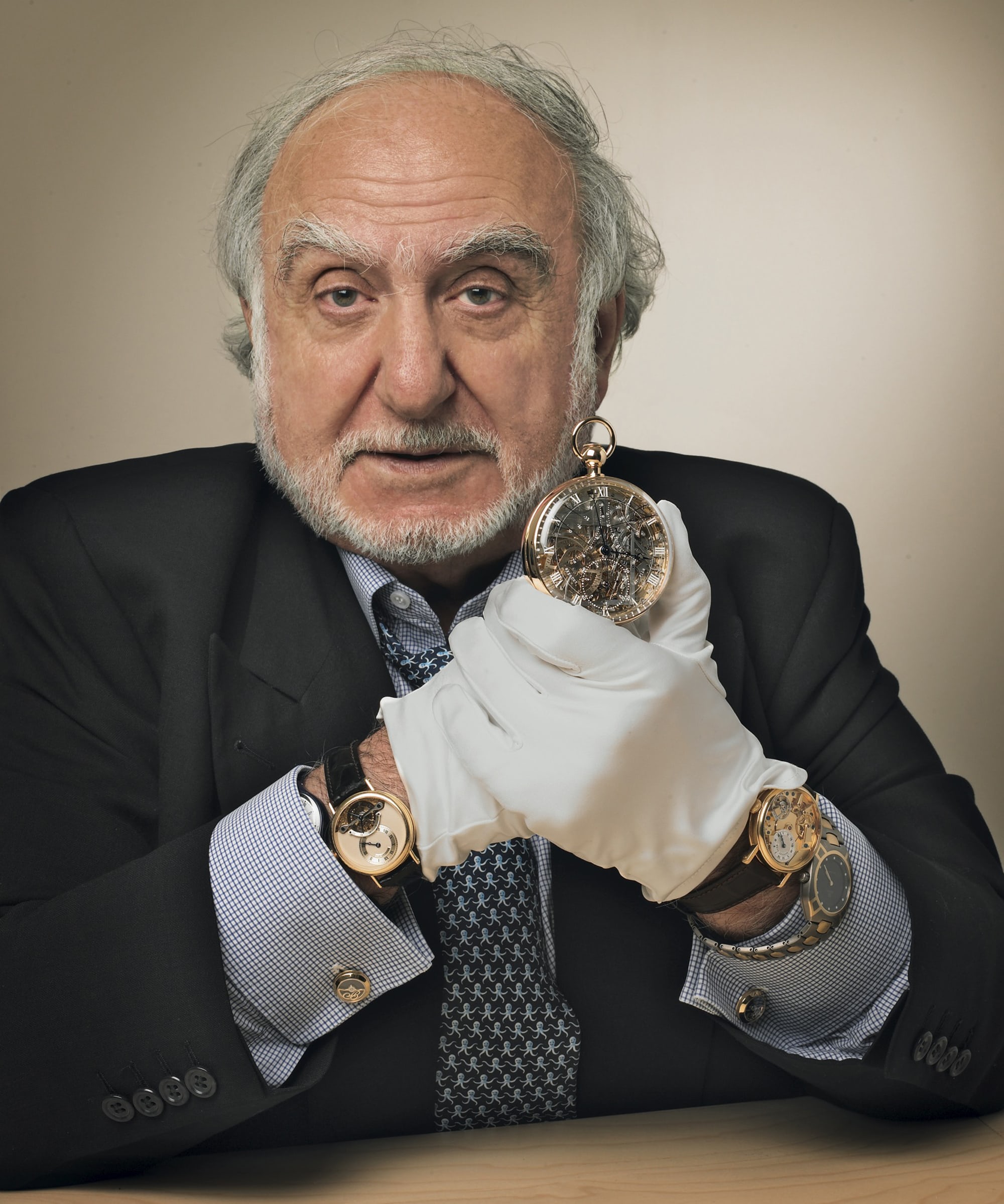 Nicolas G. Hayek, founder of the Swatch Group, head of ETA when the case against COMCO started.

All this led many competitors to speed up their vertical integration. But as soon as in 2009, Nicolas G. Hayek reiterated, warning the competition that he wanted Swatch Group to stop supplying ébauches (the unassembled base movement and its parts) and to reduce deliveries of movements. Swatch Group would, therefore, focus on its own brands, to the detriment of competitors. In 2011, the watchmaking powerhouse was once again investigated by COMCO. A settlement was signed in 2013, creating a supply obligation towards third-party customers with a step-by-step reduction until the end of 2019. 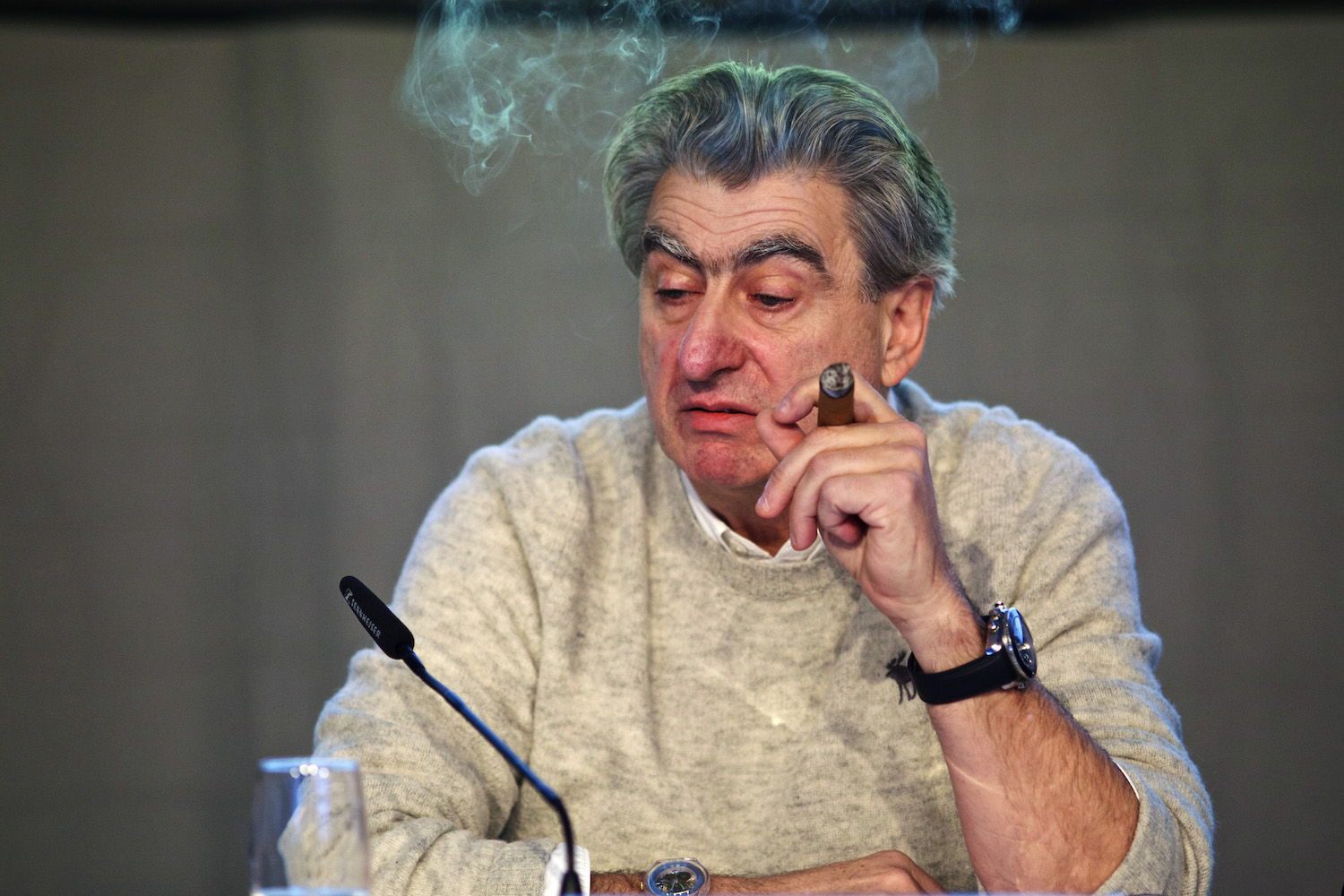 Nick Hayek, Chief Executive Officer of Swatch Group and of ETA, and now in charge of the case against COMCO – Credits: Gianluca Colla/Bloomberg

In 2016, Swatch Group asked to supplement the agreement. The supply quantity agreed upon had not been purchased by third-party customers but ETA was obliged to maintain a production capacity of around 1.5 million movements. Therefore, Swatch Group requested from COMCO that ETA should be allowed to offer and sell the non-purchased quantities to all of its third-party customers – which was rejected.

A long-awaited decision, but not a final one

As we were approaching the end of this settlement, the industry was eager to hear what would be COMCO’s position on this ETA case. The early consensus was that Swatch Group would now be free to deliver clients at its own discretion. Still, this weekend (December 2019), rumors were giving another position, with COMCO about to announce that ETA would be forced to stop deliveries to external partners. A surprising decision, to say the least.

Today, and now official, COMCO has communicated its decision, which isn’t a final step in the saga, but only a 1-year prolongation, a sort of suspended sentence after Swatch Group’s statement and the industry outcry. Indeed, the agreement that obliges ETA to deliver movements and parts to third-parties is extended for an additional year, until December 31st, 2020. COMCO, however, states that it will continue investigations and that a final decision will be made in summer 2020.

What would happen if COMCO Forces ETA to cut deliveries

For the moment, this decision is a relief for Swatch Group and its subsidiary ETA. The opposite decision, stopping deliveries, would have a significant impact on the Swiss watch industry. First, on Swatch Group. On the one hand, driving ETA out of the market will benefit the Swatch Group’s brands with improved service and deliveries. On the other hand, this will inevitably impact the workload at ETA’s production facilities, as well as sales of the company (even if the impact of the Swatch Group turnover will be marginal). No need to say that ETA is a big employer in the industry. 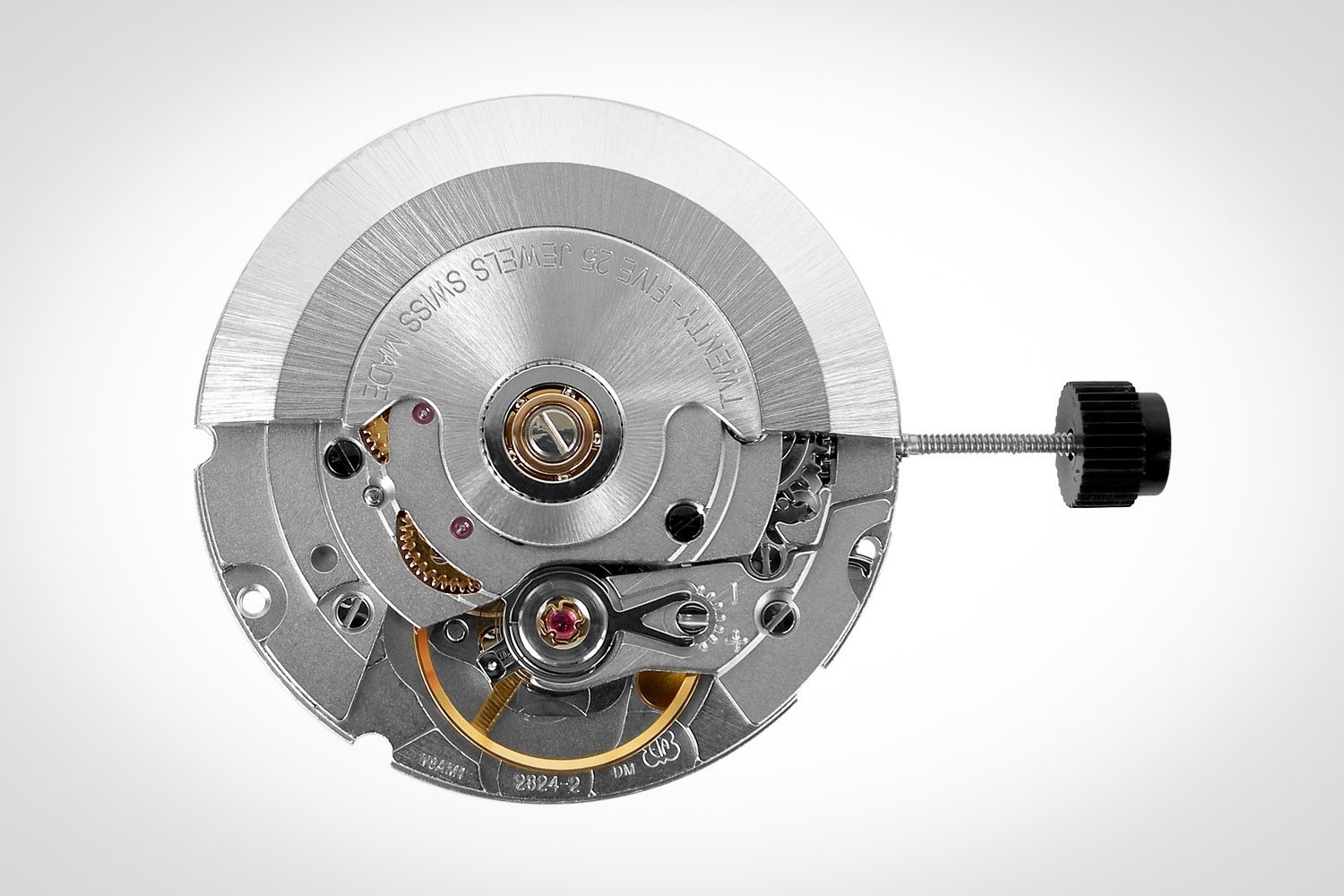 The ubiquitous ETA 2824-2, the cornerstone of ETA’s production, and one of the most used movements in the Swiss watch industry.

Secondly, for brands encasing ETA movements, this might create severe supply difficulties. The Swatch Group’s position is surely not as dominant as it used to be in the 2000s, but it is still significant. We’ve recently seen massive industrial investments and a larger number of watch manufacturers are now producing their own movements internally. Still, ETA has manufactured an estimated 500,000 movements in 2019 for third-party brands. And very few companies can produce movements at the same price/quality ratio as ETA – the company’s movements (2824, 2892, Unitas and 7750 mainly) are now amortized and produced in such large quantities that ETA can deliver great quality at competitive prices.

Regarding other options, Sellita is the main alternative in this segment. The company manufactures clones of ETA movements (SW200, SW300 and SW500, respectively clones of the 2824, 2892 and 7750), known for their high quality and reliability. With an estimated production of 1 million movements per year, Sellita will probably not be in a position to absorb the quantities not delivered by ETA in the short term – even with the extension of its production site in La Chaux-de-Fonds. 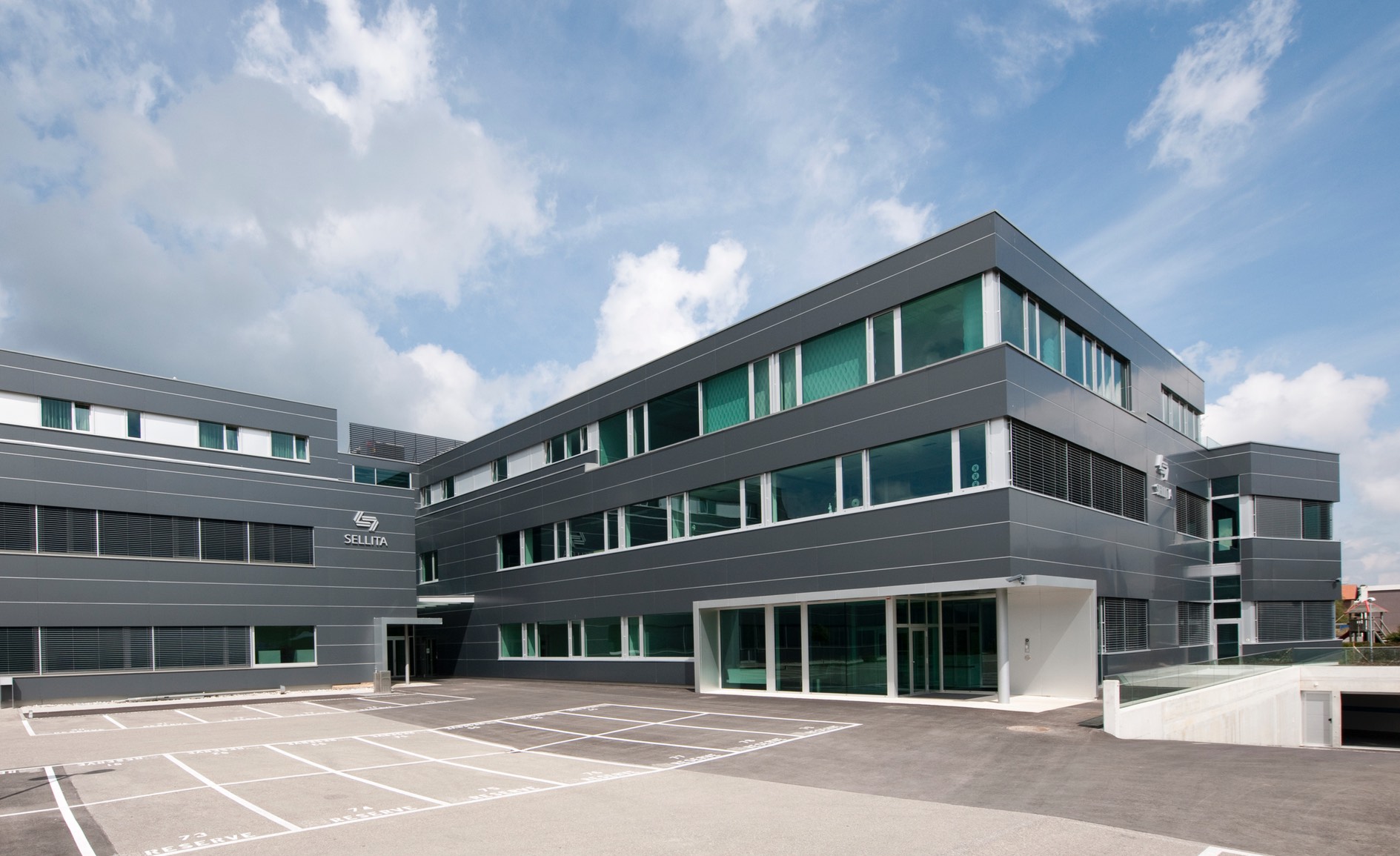 Sellita’s production facilities in La Chaux-de-fonds. Sellita manufactures ETA clones and is one of the largest movement producers currently in Switzerland, with an estimated 1 million movements per year.

Other players do not seem to offer better prospects, even if we have seen more and more STP movements lately (Swiss Technology Production, a movement maker controlled by the Fossil Group). There’s also Soprod, also producing ETA clones, but on a smaller scale. This leaves room for Seiko, Citizen (Miyota) and other Asian manufacturers, even though Swiss Made remains a strong argument for luxury watch brands. And this would make Sellita an even more dominant player and an even more interesting target for acquisition by larger groups – provided that Miguel Garcia would be ready to sell his business.

What to make of all this…

Even though the impact of this decision on the consolidated accounts of the Swatch Group would be minimal (not on ETA, though), cutting deliveries means a lot for the entire industry in terms of message, especially for smaller brands who rely on ETA for their business. Also, ETA doesn’t have a dominant position any longer and competitors (even larger ones, in the case of Sellita) exist on the market, which makes the decision of cutting deliveries for ETA possibly unfair.

This leaves us with a question: whom would such a COMCO decision benefit? This temporary ruling allows COMCO to save face after its initial decision was leaked, hoping that we’ll be moving toward a positive solution. Stay tuned for the next episode of this 15-year-long saga…