In an interview to Reuters, CEO Francois-Henry Bennahmias declared that Audemars Piguet will deliver double-digit growth in 2018 and that the brand’s turnover will exceed one billion Swiss francs this year. To further boost sales, Audemars Piguet plans to cut-out third-party multi-brand retailers “to arrive at a totally integrated retail network” within three to five years.

The integration of distribution in the watch industry started years ago with the creations of subsidiaries and with the wish to sell more and more in own-name stores. Audemars Piguet aims at pushing this strategy one step further, with a fully integrated network (directly operated or with local partners). Bennhamias added that Audemars Piguet could consider acquiring retailers too. Bringing distribution in-house allows increasing sales and consolidating margins with directly operated stores. It is also the opportunity to get full control of operations at a retail level and to leverage the complementarity of the different distribution channels. 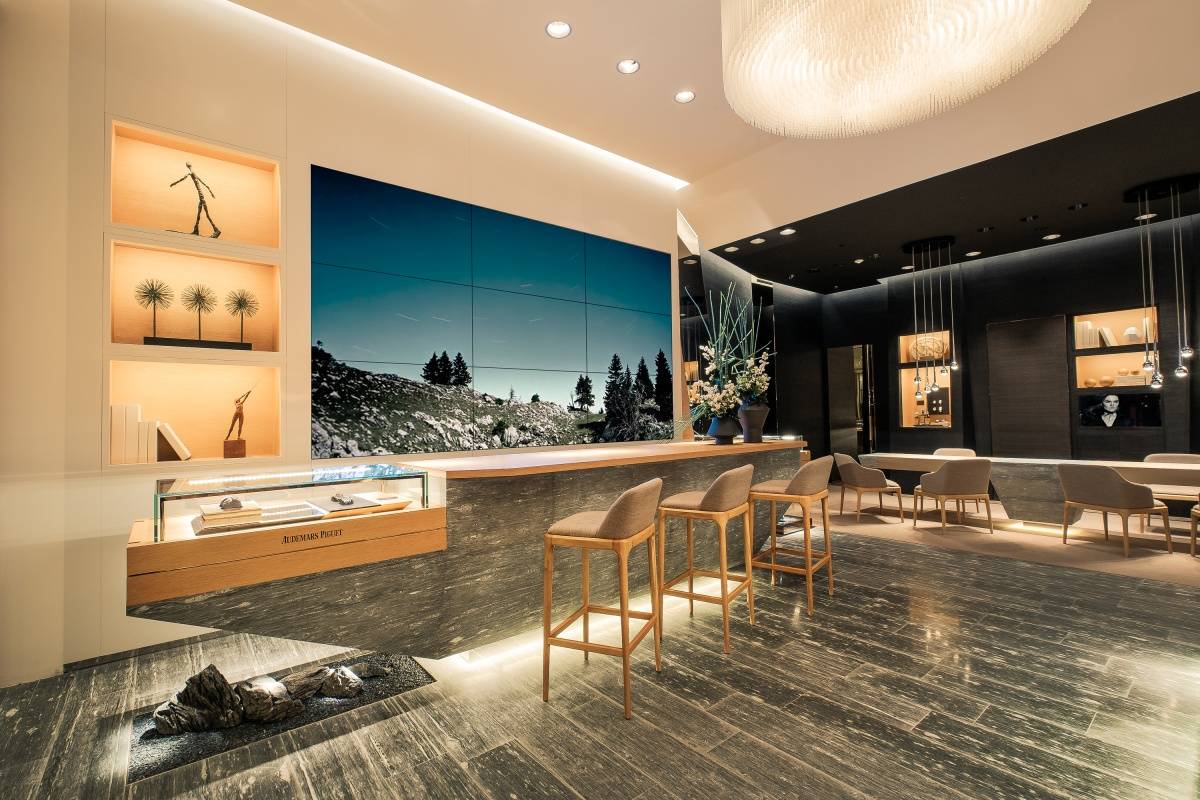 An example of a brand-controlled boutique by AP – Here, the Singapore boutique, showing the new concept developed by the brand.

In particular, it is a way for watch brands to prepare for e-commerce with a better control of pricing and non-authorised sellers. The watch industry has long been reluctant to take its business online. Today, the question is no longer whether a brand should sell or not online, but how it should shape e-commerce strategies. Audemars Piguet will open its e-store in 2019.

Audemars Piguet’s statement is one of the latest examples of how the shift to digital and e-commerce are disrupting watch distribution. At Richemont, the contribution of retail sales, through the Maisons’ online stores and 1,123 directly operated boutiques, has increased to 63% of Group sales, up from 60% in the prior year. The group completed the take-over of Yoox-Net-a-Porter (YNAP) earlier last spring. More and more of the group brands are being sold on YNAP platforms. For instance, since the end of August 2018, Cartier and Vacheron Constantin are present online. Richemont also bought pre-owned watch merchant Watchfinder as a first move in the second-hand watch business.