It has been quiet regarding the work of independent master watchmaker Thomas Prescher, but things are about to kick into a higher gear. Following the news Thomas Prescher will be attending the Festival of Time event in Waterford, Ireland, we learned there’s a new unique piece to be presented there for the first time. One that took three years to complete, primarily due to the Covid-19 pandemic but also due to the fact it uses a restored pocket watch movement from the year 1900! Not the easiest to work with, as it turned out, but Thomas Prescher is finally revealing this bespoke Nemo Repeater to the world. 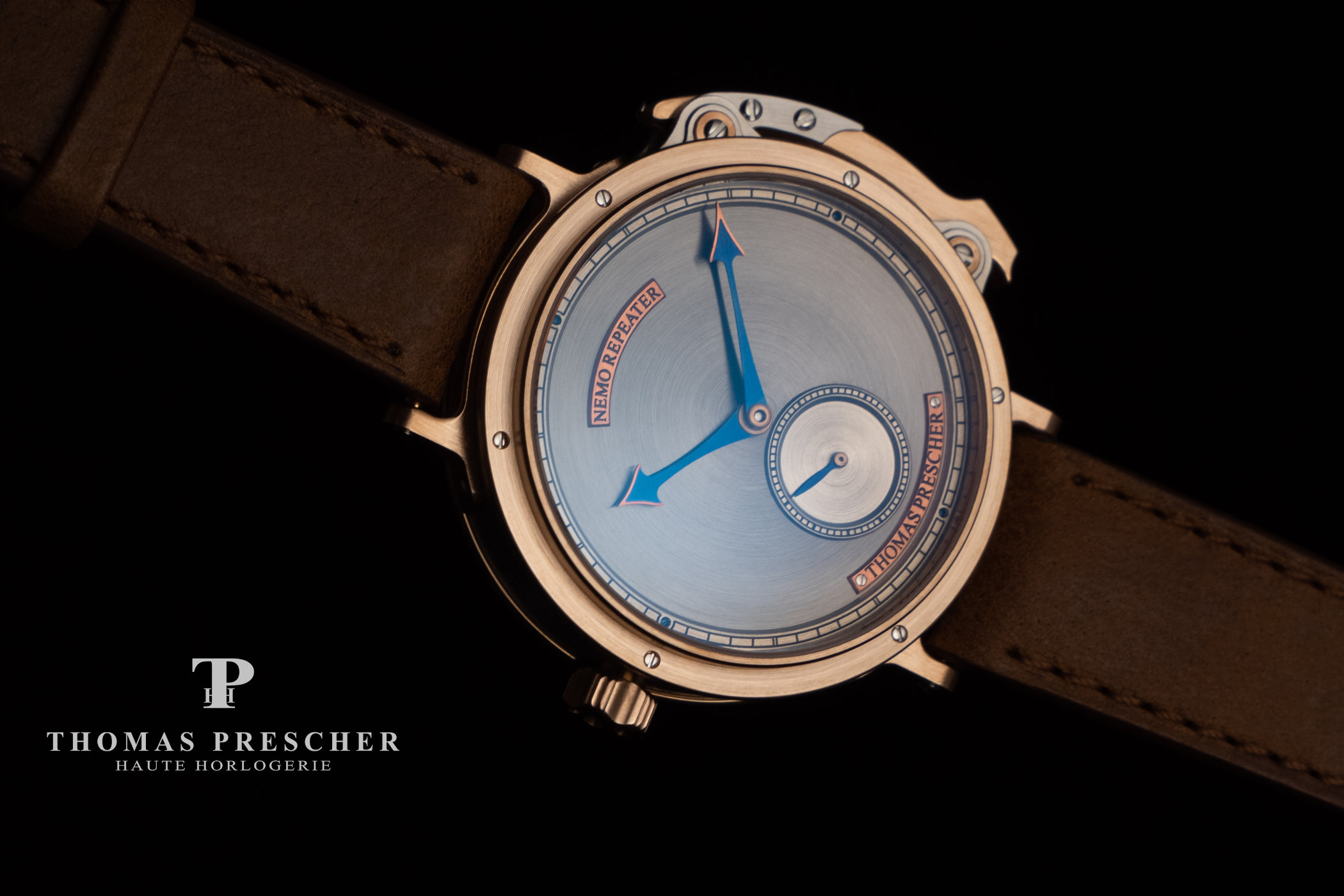 Thomas Prescher is not just any watchmaker, but an independent master watchmaker with 20 years of experience under his eponymous brand. Watchmaking has always been of interest to Thomas, and after finishing a six-year stint in the German Navy, it was due time to turn passion into a profession. He spent a year collecting dozens of clocks and watches to learn how to dismantle, repair and restore them. Applying at IWC, Thomas was accepted for a 4-year apprenticeship, which he actually completed in three years. What followed was a career at Audemars Piguet at Gübelin before setting off sail under his own strength. Things started with restoring complex pieces from industry greats like A.L Breguet, Thomas Earnshaw, John Arnold, Patek Philippe and other prolific historic watchmakers. All the while he would be sketching what would eventually be his break-out creation, the TempusVivendi. This featured a double retrograde automaton-like display and is still part of the collection, 20 years after being first presented. A year after opening his workshop he was awarded a candidate membership by the AHCI. An inaugural exhibit during Baselworld in 2003 created such a positive response it pushed him to develop his Tourbillon Trilogy for 2004, with a single-, double- and triple-axis tourbillon watch. It’s for this reason he is sometimes referred to as the Master of Tourbillons. 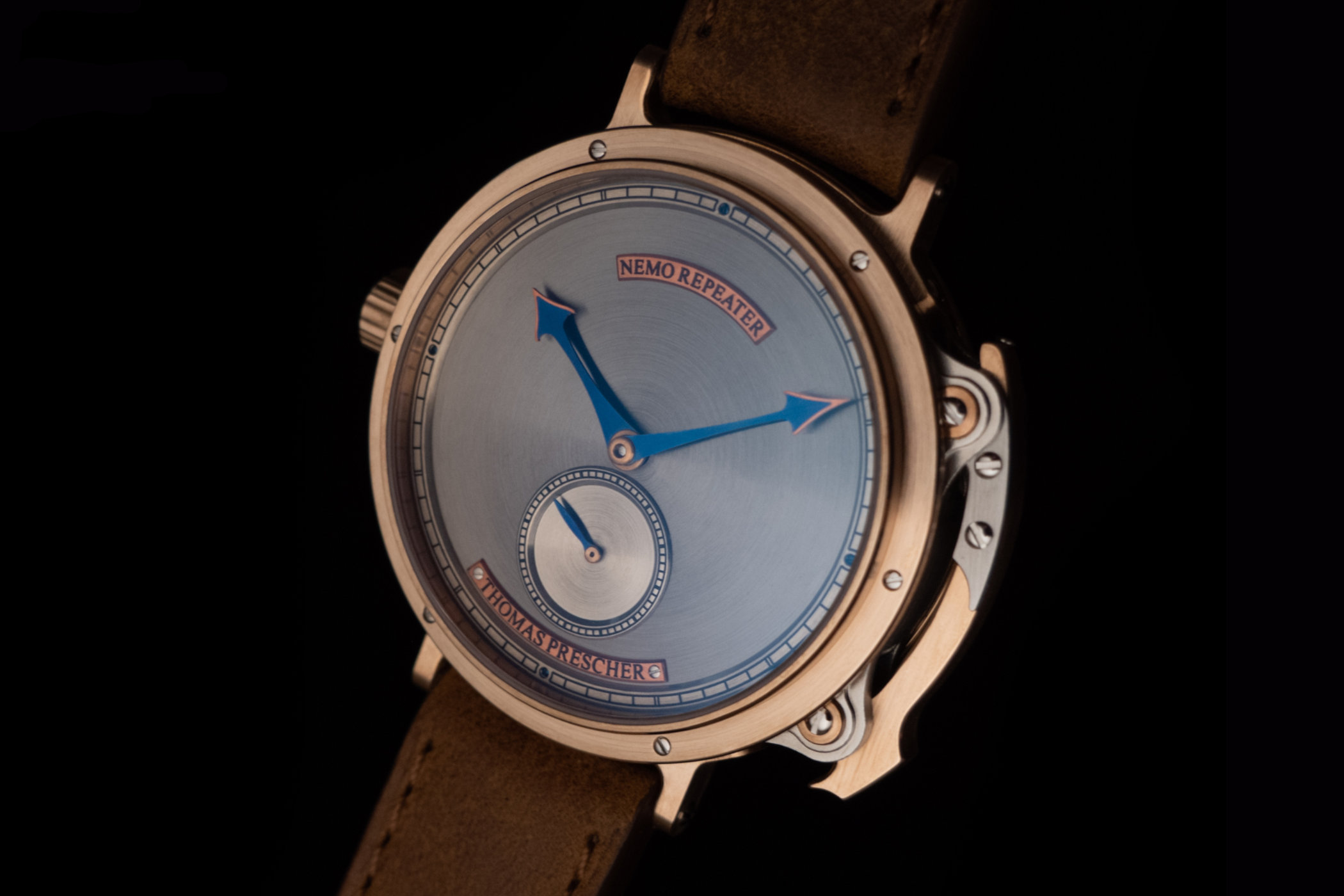 Now, in what is a celebratory year, Thomas Prescher presents the Nemo Repeater. The story of this piece is quite fascinating. It starts with a client who brought in a historic Haas minute repeater pocket watch from 1900 and requested if it was possible to convert it into a wristwatch. Thomas said yes, and a three-year project kicked off. During his work restoring the movement, he found out one of the prime wheels lost a few teeth along the way and as such couldn’t be repaired. In talks with the client about this, he got the response “not a problem, I’ll sort it out”, and mere weeks later the client provided him with a second pocket watch.

During the restoration of the movement, Thomas rerouted the small seconds indication from being on the opposite end of the crown to now being positioned at 6 o’clock. This gives the dial a more balanced look, which we’ll get to in a minute. On the right-hand side of the case is a unique minute repeater activation leaver, constructed in the Steampunk style his Nemo collection is well-known for. On the other side of the case, we find the newly constructed crown to wind and set the movement. Overall, the stainless steel and bronze case measures 44mm in diameter (lever included) and 13mm in height, which sounds quite reasonable considering pocket watches generally were on the larger side, to begin with. 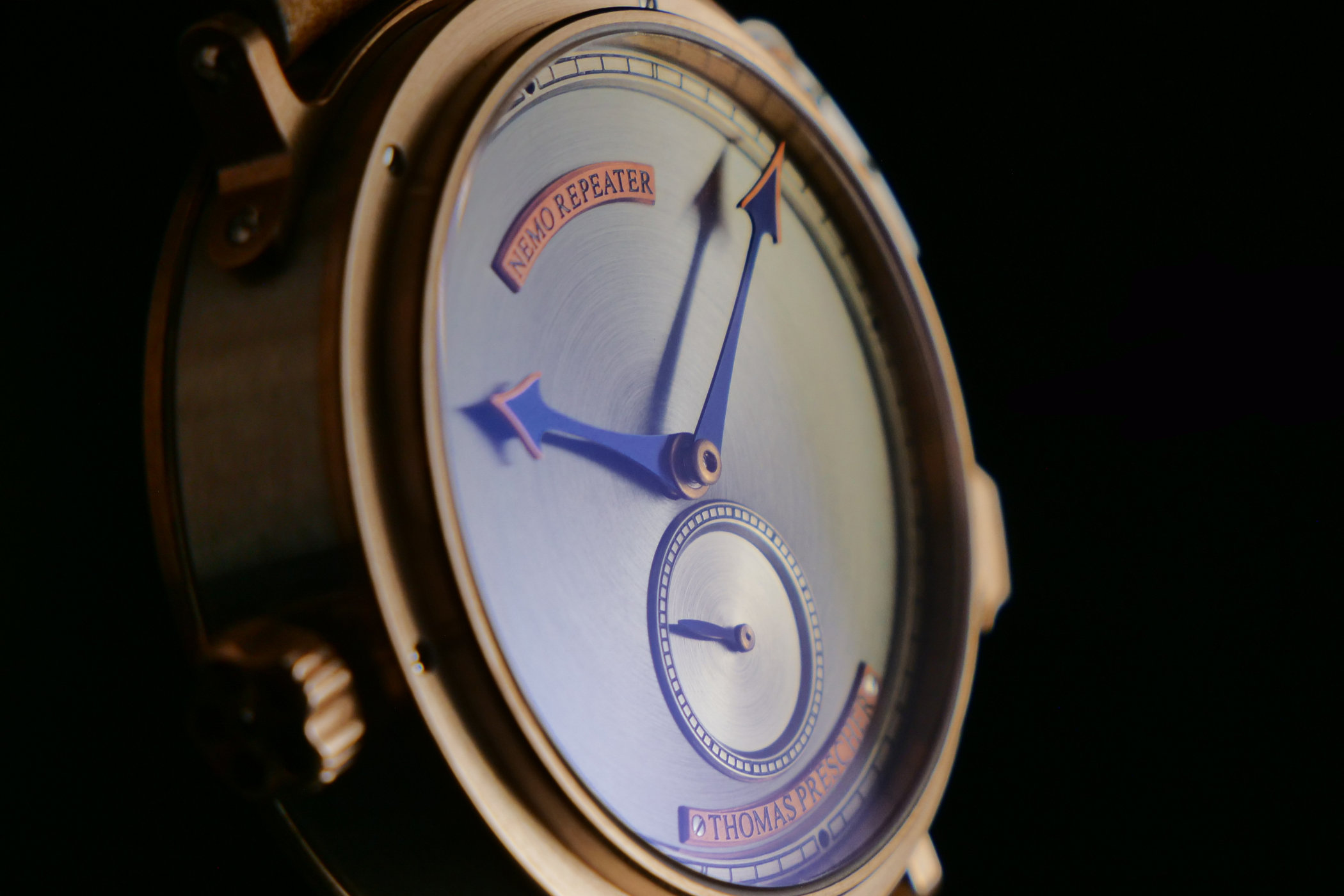 The dial is a restraint work of art in true Thomas Prescher style. Again with a steampunk vibe, it has a dark grey base dial with a circular brushing. The recessed and slightly brighter coloured small seconds subdial also has a circular brushed finish, with a blued hand and a raised one-minute track encircling it. On the outer perimeter, we find a minute track with screws and double-markers for the hours. The final elements on the dial are the “Nemo Repeater” and “Thomas Prescher” plaques at 12 and 6 o’clock. The time is indicated by the large, signature hour and minute hands with a bronze outline on the tip. 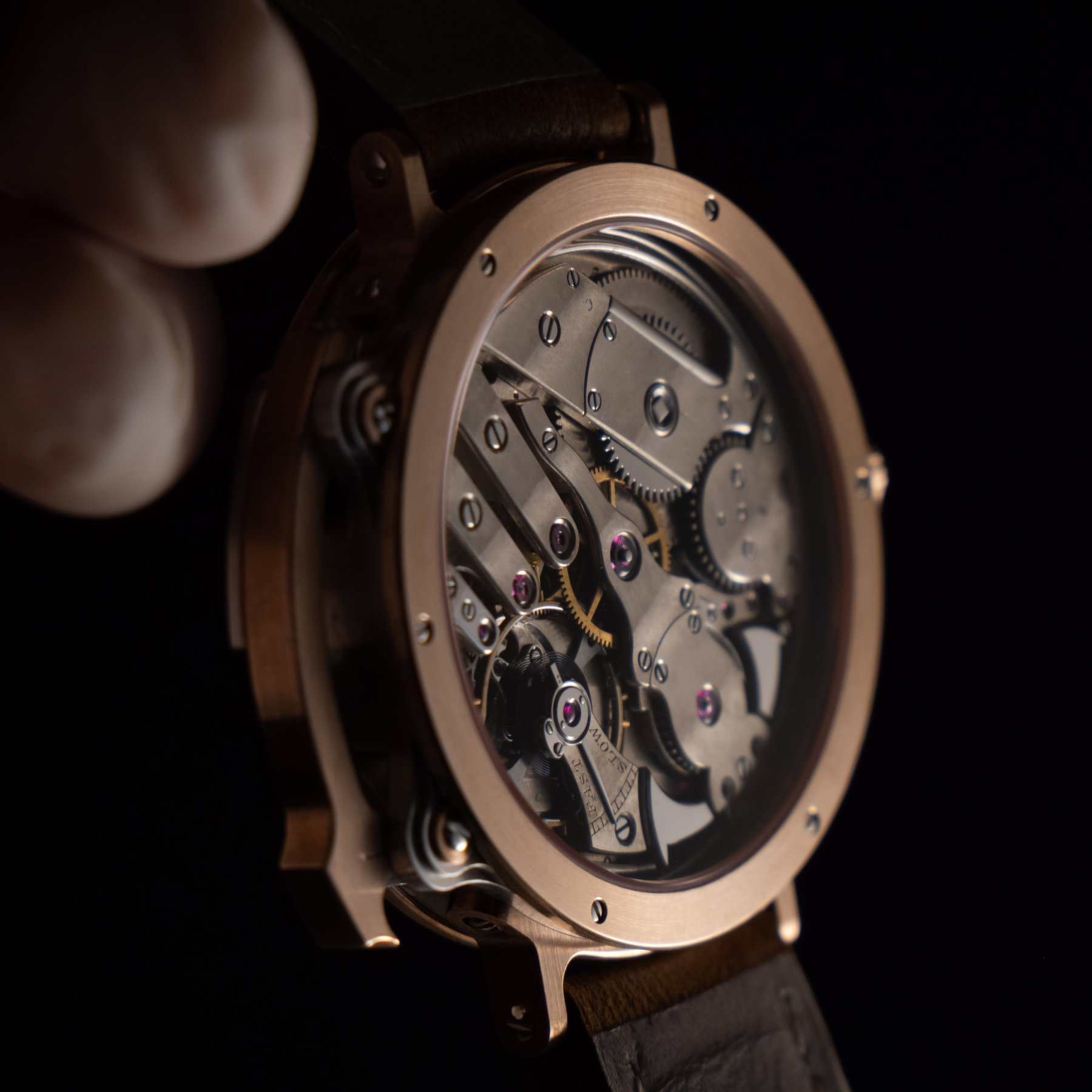 The restored Haas minute repeater pocket watch is laid bare for all to see through the sapphire crystal caseback. The construction and design of the movement, with no less than seven bridges, befits the nautical theme of its newly made housing perfectly. The hammers and gong are clearly in view, including the large balance wheel which oscillates at 18,000vph. The power reserve is 40 hours, which sounds quite decent considering the fact we’re talking about a movement made 122 years ago.

The Thomas Prescher Nemo Repeater is a bespoke commissioned piece so naturally, no price is given. It is worn on a vintage-style veal leather strap with a steel pin buckle. What pleases me is the notion there are still people interested in historic pocket watch movements and willing to work with artisanal craftsmen to preserve them for future generations. Even if it loses its original pocket watch casing and is converted into a wristwatch.