By now we’ve established well enough that the world of watchmaking is far from limited to Switzerland, or even Europe. Well beyond the Swiss borders, there’s plenty of amazing stuff to be discovered. And even though we have a seasoned team of editors, we sometimes get hit by big surprises. Like Kikuchi Nakagawa, a watchmaking duo from Japan, who we’ve never covered before but recently stumbled upon on Instagram. It’s not even the fact there’s an entirely new watch either, but more about the discovery and the hunger for more that followed. What struck us right off the bat is the insane attention to detail in the finishing, using traditional craftsmanship to elevate a watch far beyond an instrument to tell time. 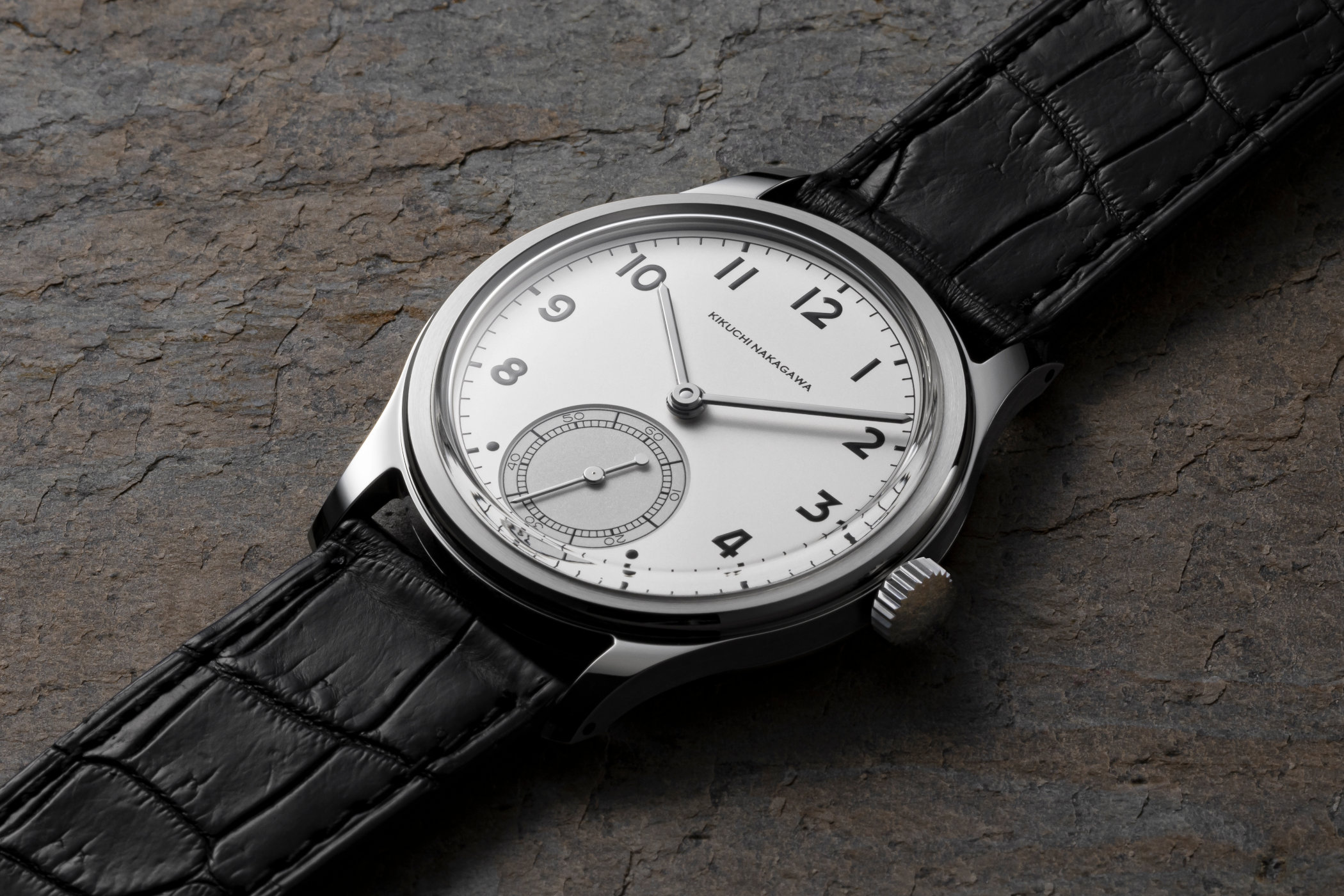 I’ll go through the basics first before I uncover the splendour of the watches. Kikuchi Nakagawa is an independent watchmaking company from Japan, founded in 2018 by Yusuki Kikuchi and Tomonari Nakagawa. Both men are trained watchmakers but had a different path leading to it.

Yusuki Kikuchi graduated in architecture from Tokyo University and worked as a domestic software vendor before completely changing his life to become a watchmaker. Tomonari Nakagawa was trained as a swordsmith, something hugely important to Japanese culture, prior to pursuing a career in watchmaking as well.

Joining forces to form Kikuchi Nakagawa in 2018, the two men have a clear focus on what they want to do. When going through the information on their website, they say they have two contradictory ideals; 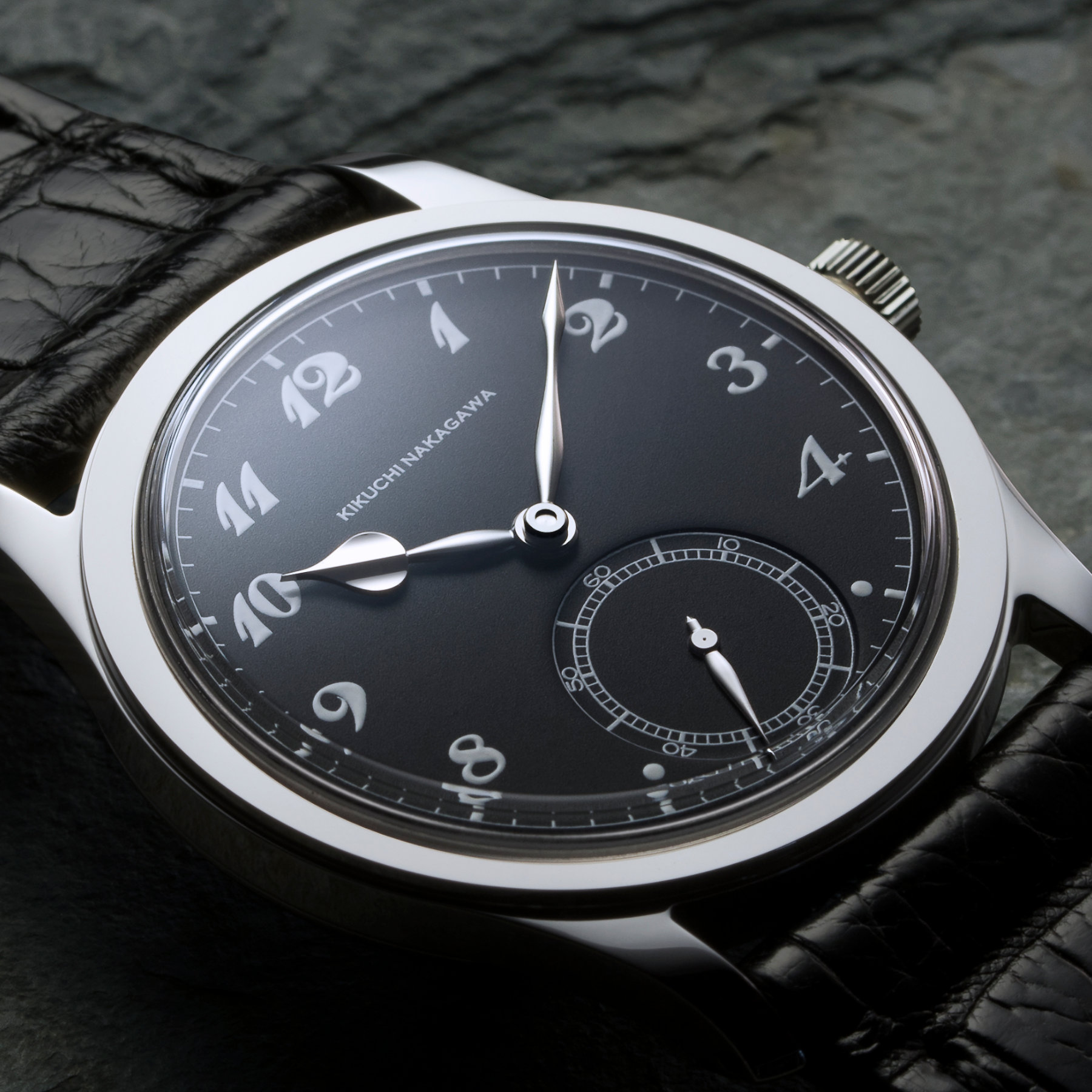 So in essence, they want to bond metallurgical art with precision timekeeping, and vintage flair. And what does that equate to? Well, the Murakumo and Ichimonji collections, which are simply put; stunning! These watches have to be seen in the metal to be fully appreciated, I’m sure. It’s not simply about going through all the specs and seeing both have a 36.8mm wide steel case, or that it uses an off-the-shelf movement. It is about much more than that, as to me, this is about pure passion and devotion by an individual. Well, two in this case, but you get the idea.

And don’t let the fact not all parts are made in-house deter you.  I’ve seen many times before that using the best possible partners in the industry can yield greater results than mindlessly trying to do everything yourself. The dials and movements come from Switzerland, for instance. The cases, hands and straps are made in Japan by specialist companies, but everything is finished, assembled, and tested in-house. And that’s when the Murakumo and Ichimonji start to become more than the sum of their components. 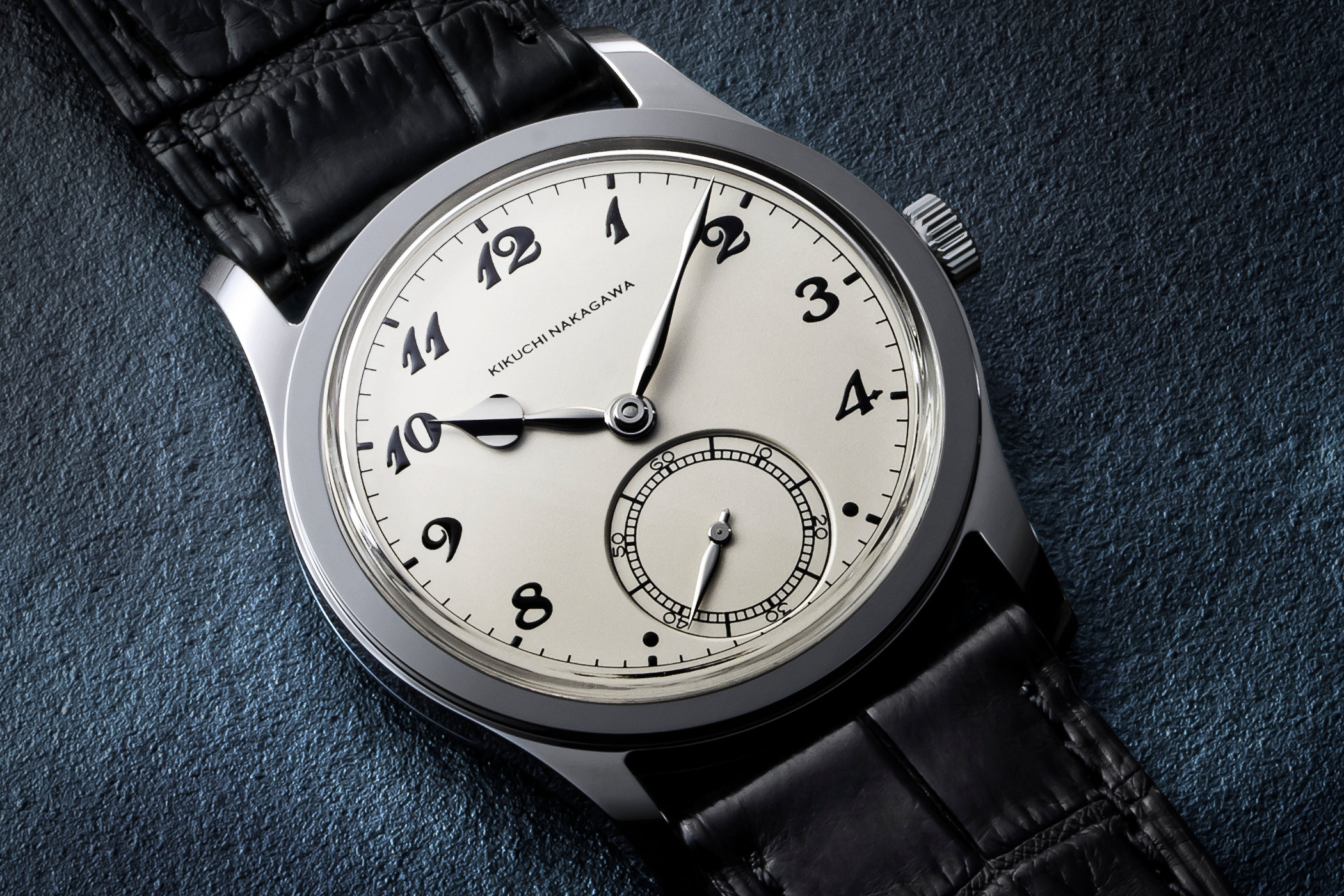 The Murakumo radiates that unmistakable Calatrava style, with a slim and modestly sized, simple-looking case and a relatively large lug width. It is clearly referenced to the Patek Philippe ref. 96, which is no shame at all. The entire case, including the solid caseback, is black polished by hand, a technique normally used on movement components only. The same goes for the spade and whip hands, which reflect light in truly remarkable ways. 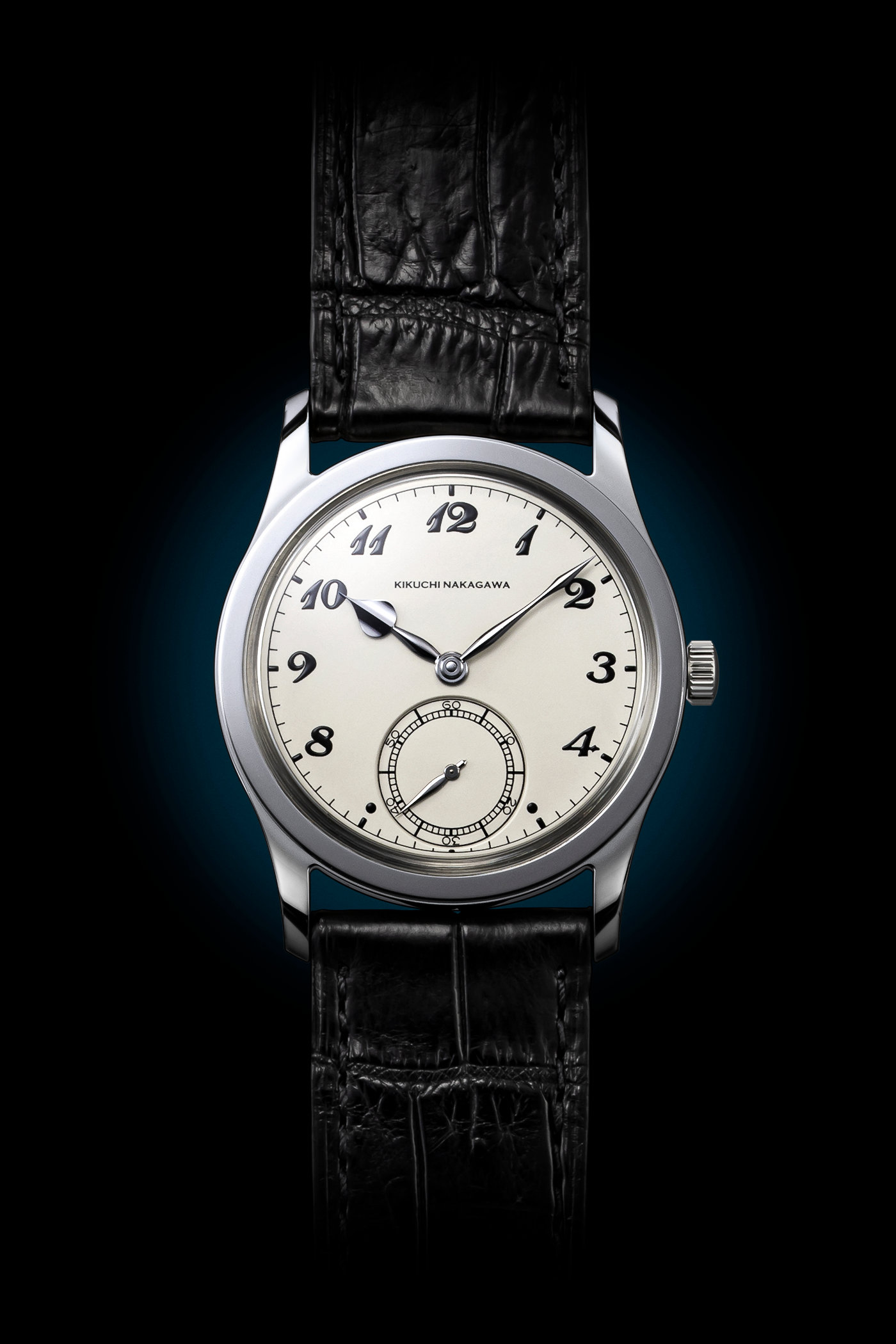 Thanks to the sculpted shape of the spade hour hand, you get streaks of brightly reflected light battling with pitch-black surfaces in a dramatic way. Combined with a finely grained, matte black or white dial with white or black printed Breguet numerals, the contrast is absolutely marvellous. The finishing touches to me are the large recessed subdial for the seconds and the sharp minute track on the outside, signature elements of the Calatrava style of watchmaking.

Kikuchi Nakagawa’s second watch, the Ichimonji, again draws upon the classic codes of a time-only watch but in a slightly more modern way. The shape of the case is a little bit different as the lugs are positioned closer together and are shortened a touch. The black polishing of the case is combined with a hand-applied hairline brushing on the caseband. Overall this gives the watch a very handsome, yet slightly more contemporary appeal. 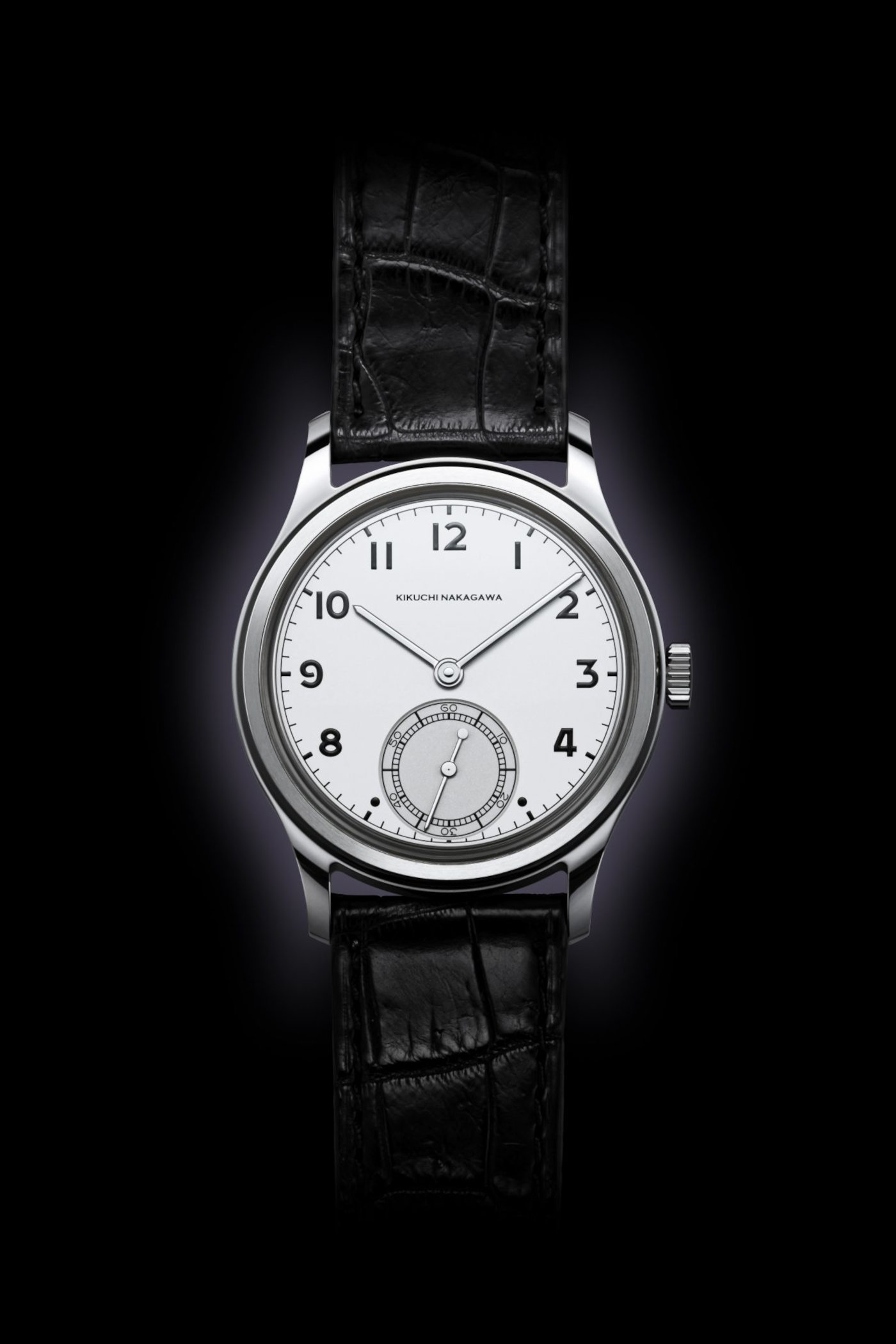 The dial is sharper as well, with a more modern font and simpler hands. Simple at first glance that is, as once again Kikuchi Nakagawa put a great deal of labour into each one. The baton hands have a 3D profile, with a fine brushing on top and mirror-polished bevels. The Ichimonji is again all about finishing, and creating contrast, to an extreme level. And that is exactly why I felt compelled to make you part of Kikuchi Nakagawa’s craft. 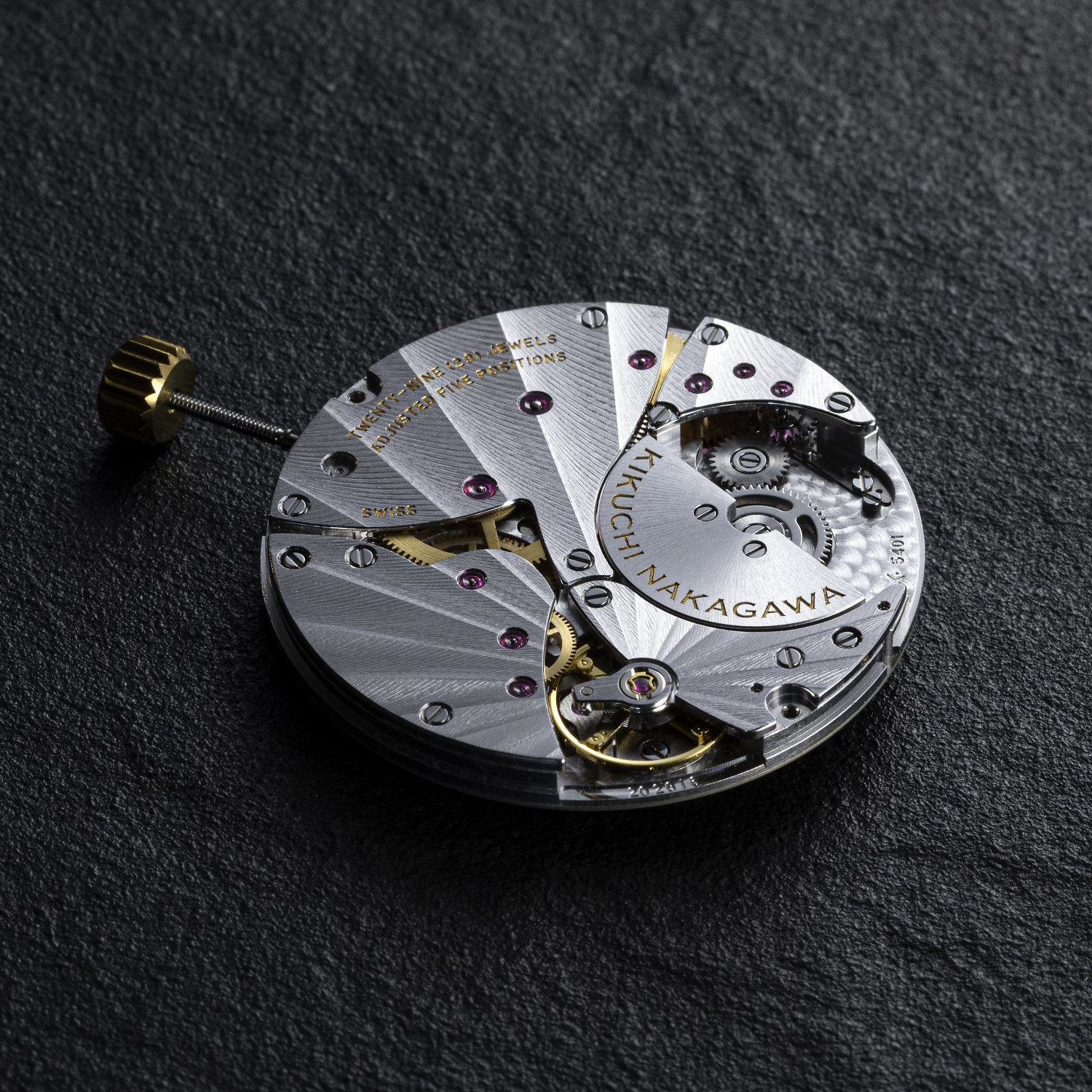 Both watches use a Vaucher 5401 micro-rotor movement, hidden under a solid caseback. This is perhaps the only point of discussion for me, as I find it a bit of a shame to hide such a movement, despite Kikuchi Nakagawa’s philosophy. It does its job perfectly fine, however, and its slim construction allows Kikuchi Nakagawa to keep these watches well within the Calatrava codes of design.

One other thing that took me a second to process is the price for each of these stellar looking pieces. The Murakumo is priced at USD 21,000 excluding taxes, and the Ichimonji costs USD 20,300 excluding taxes. That’s some serious cash for a time-only watch, but I feel it’s justified given the amount of detail and finishing put into each one. In all honesty, I am very happy there are still people around to take the art of watchmaking to this level. It makes the whole industry a better place for me, and no doubt a lot of you. Now only to get over that 60 to 66 month delivery time…