Richard Mille and McLaren have been partners for over a year now, even if this partnership was mainly focused on Formula 1 – with, for instance, the creation of the mighty Richard Mille RM 50-03 McLaren F1. Today, at the 88th Geneva International Motor Show, both brands are announcing the extension of this venture to road cars marking the official launch of the first McLaren automotive-inspired timepiece, the new Richard Mille RM 11-03 McLaren Automatic Flyback Chronograph. And here is an early hands-on with it. 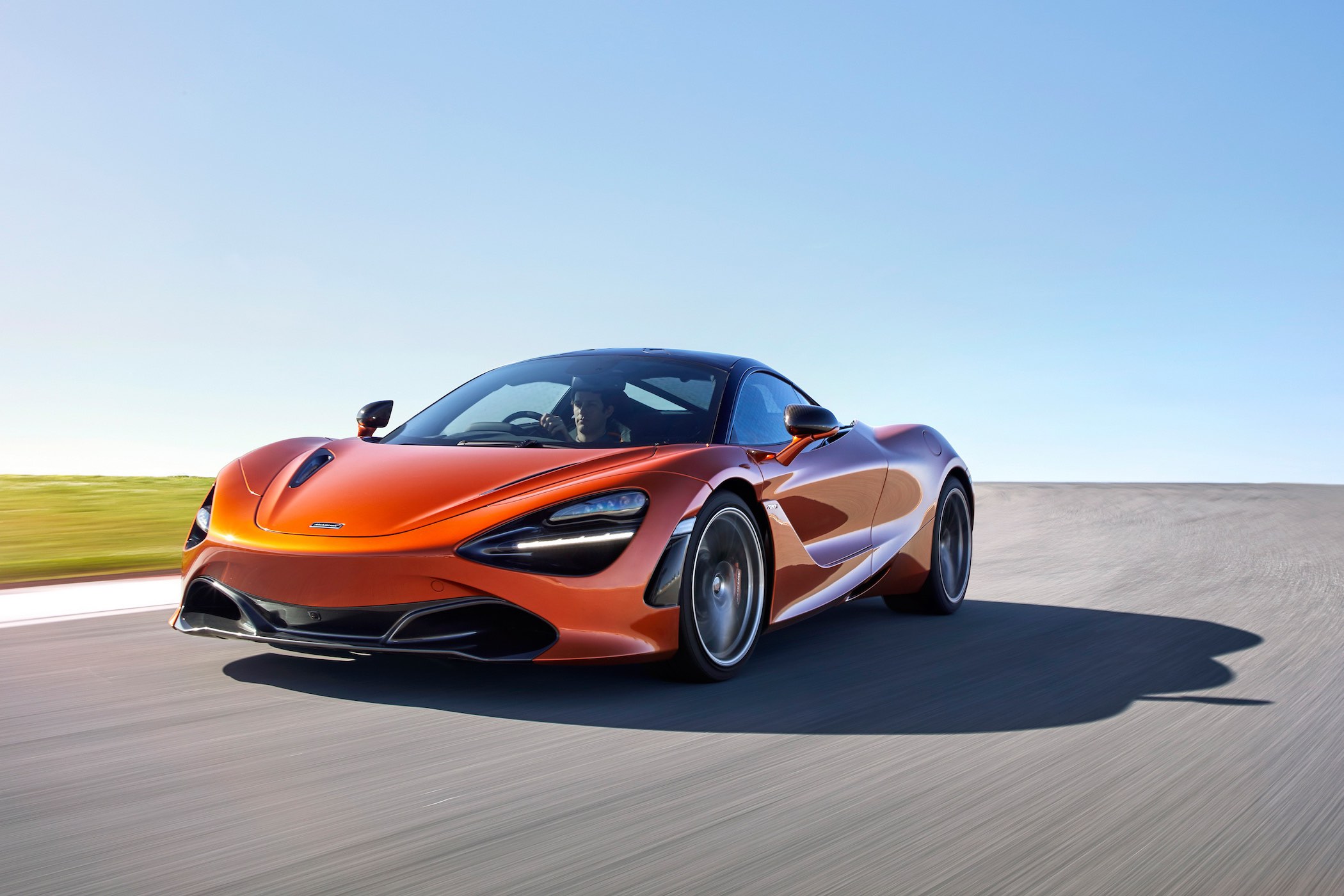 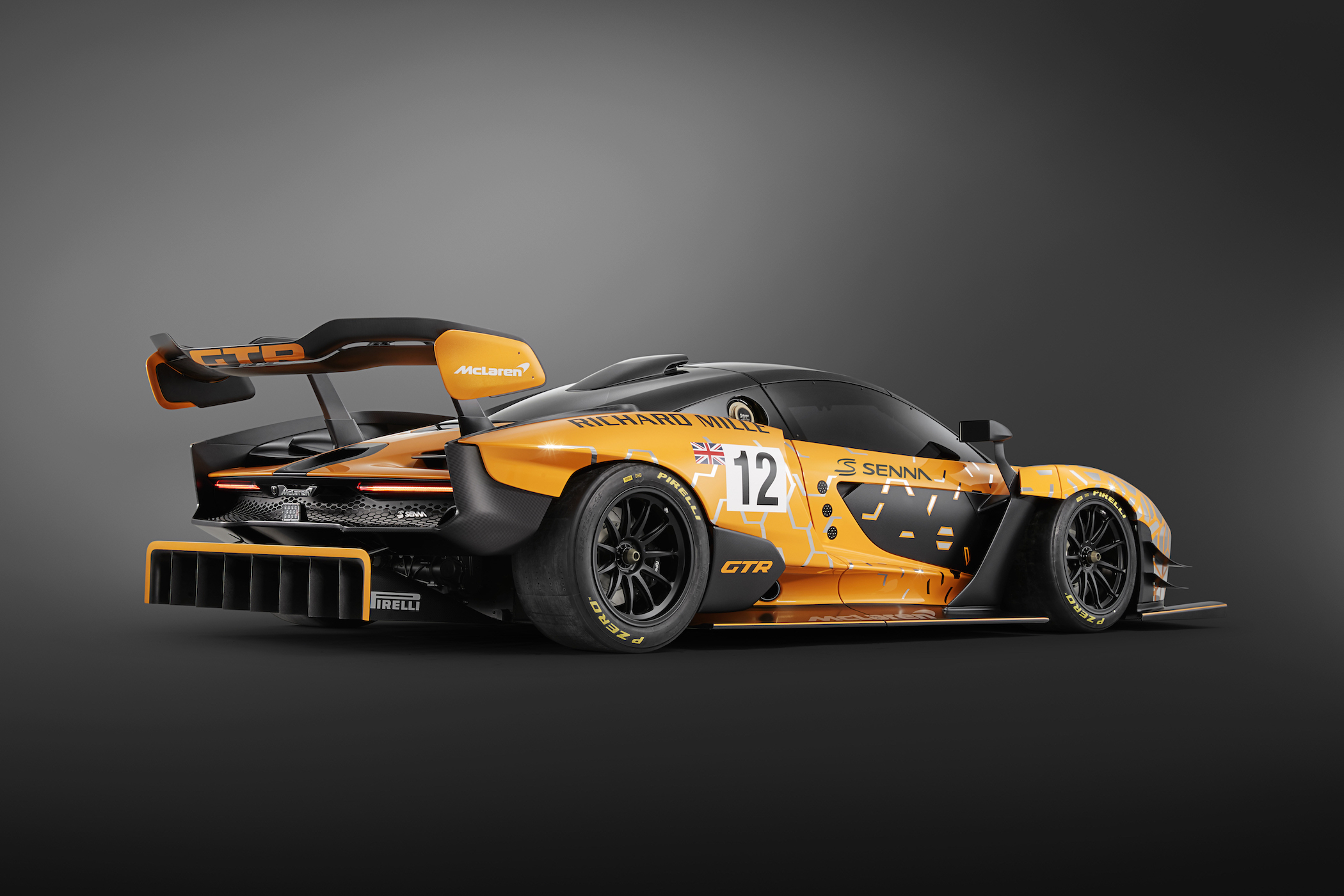 Another inspiration, as well as the result of this new venture, the brand-new McLaren Senna GTR Concept

When a new Richard Mille watch is introduced, you know it’s going to be bold, you know it’s going to colourful, you know it will be highly technical and you know motorsports will be somewhere in the mix. Like it or not, RM watches are fascinating pieces, with a solid identity. And the new piece we’re looking at today is no exception to the rule. In order to seal their partnership, which is now moving from the racing side of McLaren to the automotive one, Richard Mille presents a new variant of its bold and iconic chronograph, the RM 11-03 McLaren – which is based on the facelifted version introduced in 2017.

The new Richard Mille RM 11-03 McLaren Automatic Flyback Chronograph brings back all the technical attributes found in the “standard” version (if an RM watch could ever be called standard) with brand new materials and design codes.  McLaren is all about performance, lightweight, innovative materials, powerful engines, bold shapes and colours. The RM x McLaren Automotive piece is all of that too. Carbon fibre mixed with quartz (a signature RM material), a combination of orange and black (a core McLaren theme) and a chronograph with a tachymeter scale to complete the sports-car package. 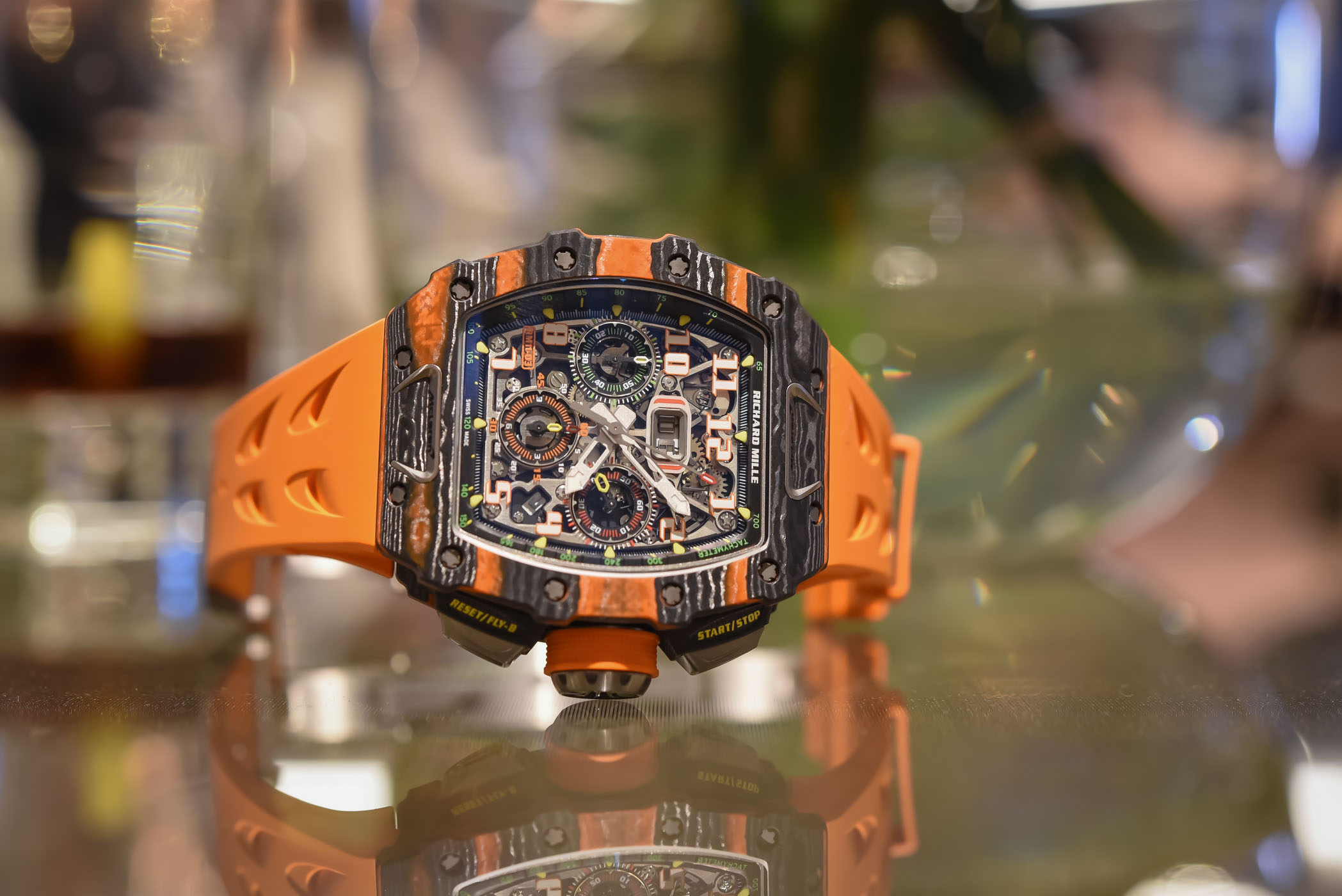 As mentioned, this new Richard Mille RM 11-03 McLaren Automatic Flyback Chronograph is based on the facelifted version of the iconic RM 11. Without overhauling the entire concept and the style of this watch, almost all the parts (visual or mechanical ones) have been reworked, with a newly shaped case and bezel (now with a more complex silhouette), which reinforces the structural integrity of the watch. For this McLaren edition, the case is made of Carbon TPT interlaced with Orange Quartz TPT, resulting in an extremely resistant and lightweight case that pays tribute to colours that are synonymous with McLaren – as well as the recurring use of carbon for the structure of the cars. The case back uses this same blend of materials while the central part of the case is black carbon. While the tonneau shape, with a curved profile known for its unrivalled comfort, is still present, the RM 11-03 McLaren brings others updates, including the titanium chronograph pushers that echo the design of the distinctive headlights of the McLaren 720S and titanium inserts on the bezel, reminiscent of the McLaren F1’s air-intake snorkel – a subtle integration of strong McLaren design elements. The crown, with its impressive diameter, is shaped like a McLaren lightweight wheel and covered with orange rubber. Needless to say that this watch will make a great impression on the wrist – quite a statement piece considering the 49,94mm x 44,50mm x 16,15mm case and its bright orange accents.

The dial of the Richard Mille RM 11-03 McLaren follows the same rules: skeletonised, lightweight, powerful. While extremely busy at first, indications remain clearly visible, well positioned and enhanced with specific colours to improve readability. Large central hands with luminous paint indicate the time. Three sub-registers are used to display the running seconds, a 60-minute countdown (basically an inverted minute scale) and a 12-hour counter. Bright yellow accents on the tracks and the tips of the hands help to identify the correct indication. In addition to the chronograph display, the RM 11-03 McLaren also includes an annual calendar with an oversized date. Powering this new McLaren piece is the RMAC3 calibre. First launched in 2016, the movement features a flyback chronograph and a 55-hour power reserve. As usual with RM, it is finished and decorated in a highly modern and technical way: PVD-treated grade 5 titanium bridges and plates, sandblasted surfaces, contrasting rhodium-plated parts. Yet, traditional execution isn’t forgotten, with hand-polished chamfers, polished screw-slots and screw-heads and several corrections on the parts done by hand to obtain a smooth and visually pleasant decoration. 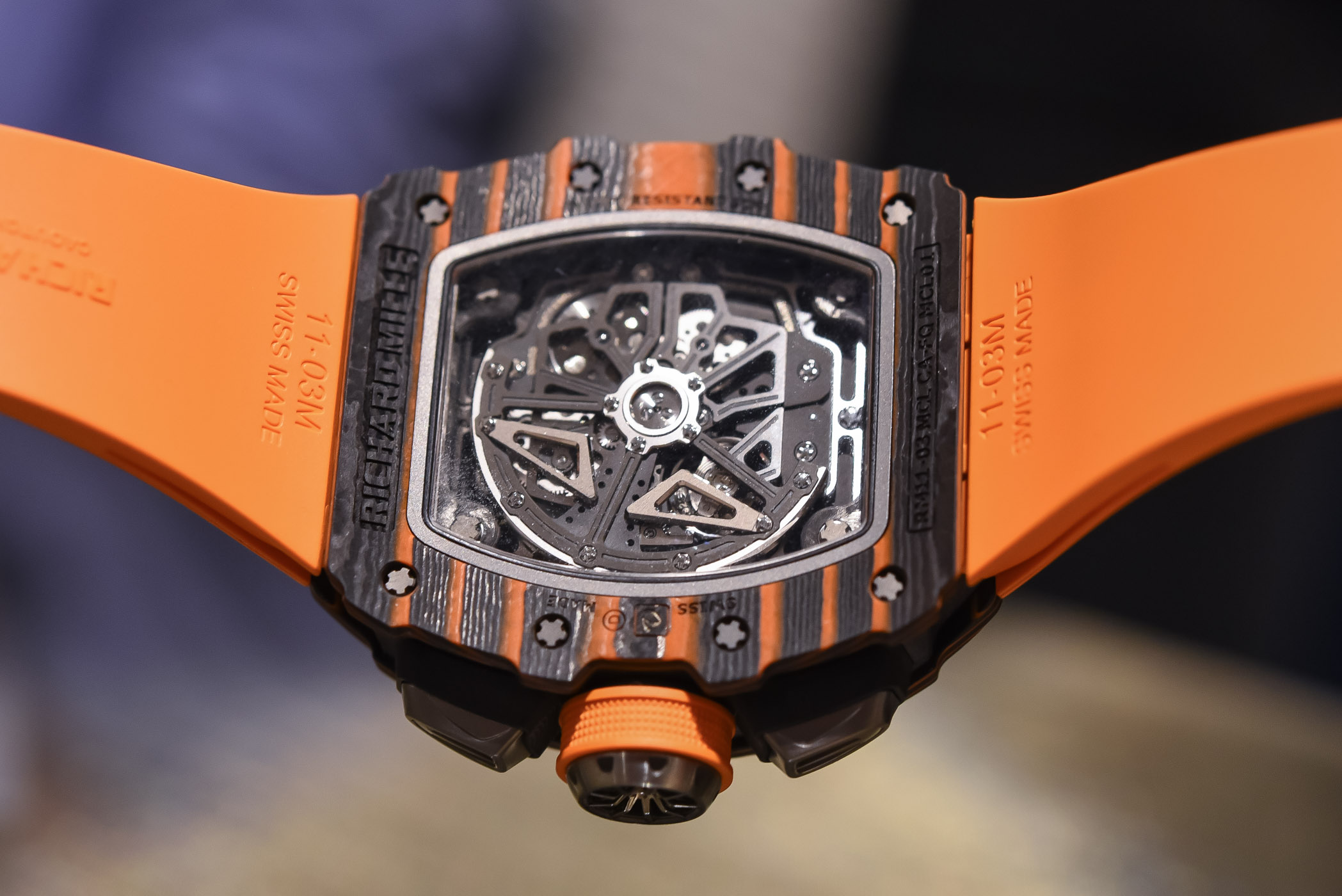 The Richard Mille RM 11-03 McLaren Automatic Flyback Chronograph is worn on an orange or a black rubber strap with McLaren’s Speedmark logo incorporated in its texture. This watch will be produced in 500 pieces, prioritised for McLaren Ultimate Series clients (owners of the P1 or the upcoming Senna), at a price of CHF 194,000 or EUR 196,500. More details on richardmille.com.