StartBloggers CornerCelebrating 100 Years Of The Iconic Cartier Tank – Part 2, The...

Last week, in celebration of the 100th anniversary of the Cartier Tank, we brought you part.1 of our in-depth look at this modern-day icon. Our focus was on the Tank Normale, the very first Tank ever created, which made its debut in 1917 (or 1919, depending on who you ask). This early model would lay the foundation for what has gone on to become one of the most recognisable watch designs ever, leading to numerous variations and of course homages from other brands. It also serves as a testament to the idea that well-executed, simple designs can stand the test of time. A bit of luck and a few celebrity endorsements here and there certainly don’t hurt either! What has perhaps been most fascinating about the Tank over the years, however, is its incredible versatility. This was particularly evident in the early Tank models, i.e. those made in the 1920’s and 1930’s, which we will be looking at today. Each is very different in its own way, and yet each is unmistakably a Cartier Tank.

A few words from the editor

During the 1980’s Cartier launched the Tank Vermeil, with a case made in silver, and an affordable quartz movement inside. Maybe not the choice of purists, however it cemented the image of the Tank as the most emblematic rectangle watch for men. Later, from 1998 to 2008, the Paris-based brand introduced several Tank models in the Collection Privée Cartier Paris (or short CPCP.) Think Tank Louis Cartier, Tank à Vis, Tank Americaine, Tank Chinoise, Tank Cintrée, Tank Obus, and Tank Mono Poussoir among others. These were all introduced in limited series, and exclusively in precious metal, and with a more refined (often hand-wound) movement. If you’re looking for one of the finest executions of a Cartier Tank, searching for a so-called CPCP could be the best way to sail. – FG

It’s not an exhaustive list we’ve put together below but it does feature some of our favourite models. With that in mind, please feel free add any important ones you think we’ve missed in the comments below. 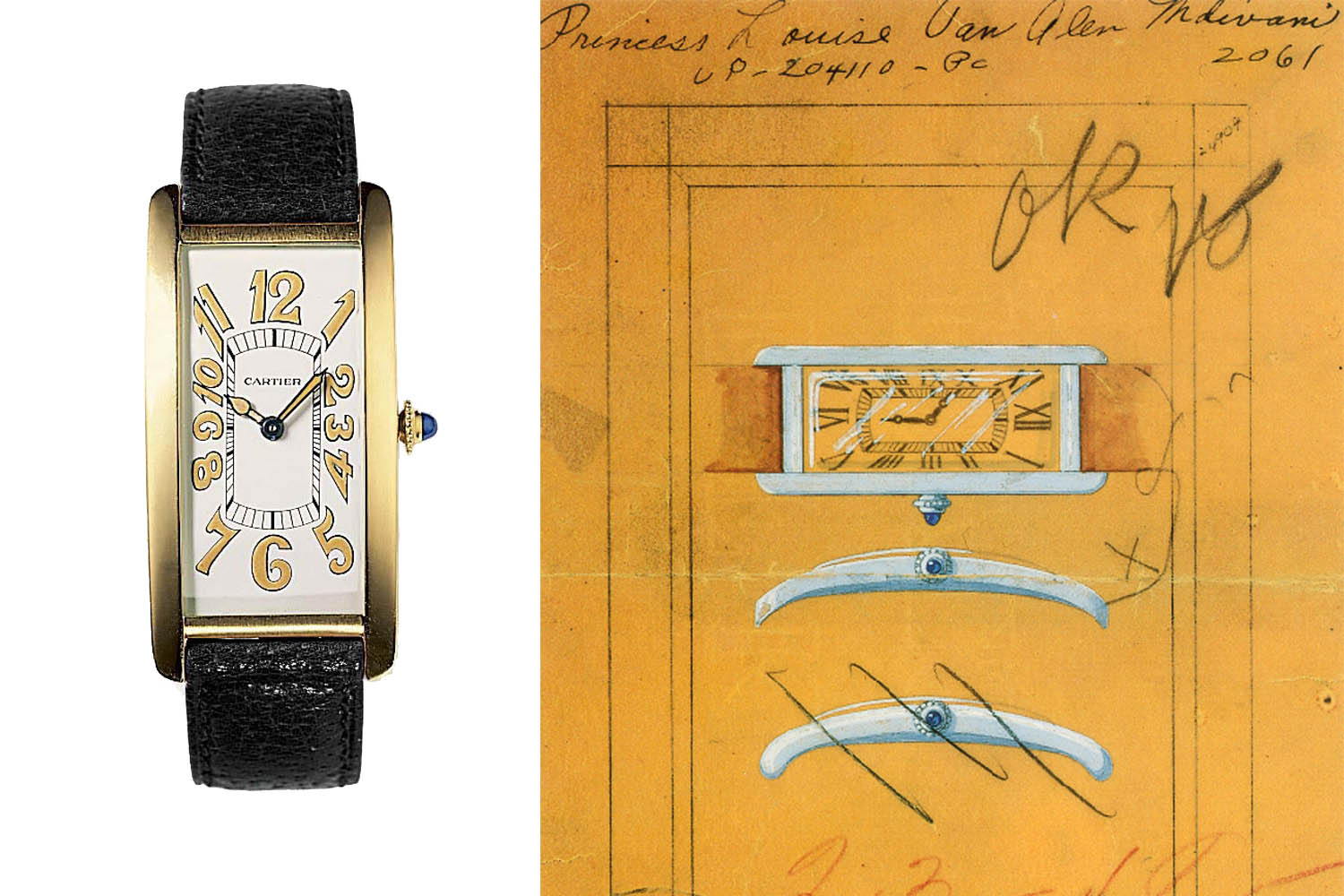 Nowadays, the original Tank Cintrée (French for ‘curved) would probably be considered too delicate for most men, who I daresay would choose the more masculine (and modern) Tank Américaine instead. For many admirers though, it is still considered the most elegant Tank ever created. Unveiled in 1921, it featured an elongated case which is actually slightly curved, ensuring a tapered fit on the wrist. It was thinner and longer than the Tank Normale and the LC Tank, and often featured Breguet-style hands, further setting it apart from those two models. At its core, it was still the same design, featuring four lines, with two parallel shafts on either side, but it had its own individual appeal on the wrist and could have just as easily been a separate collection in its own right. 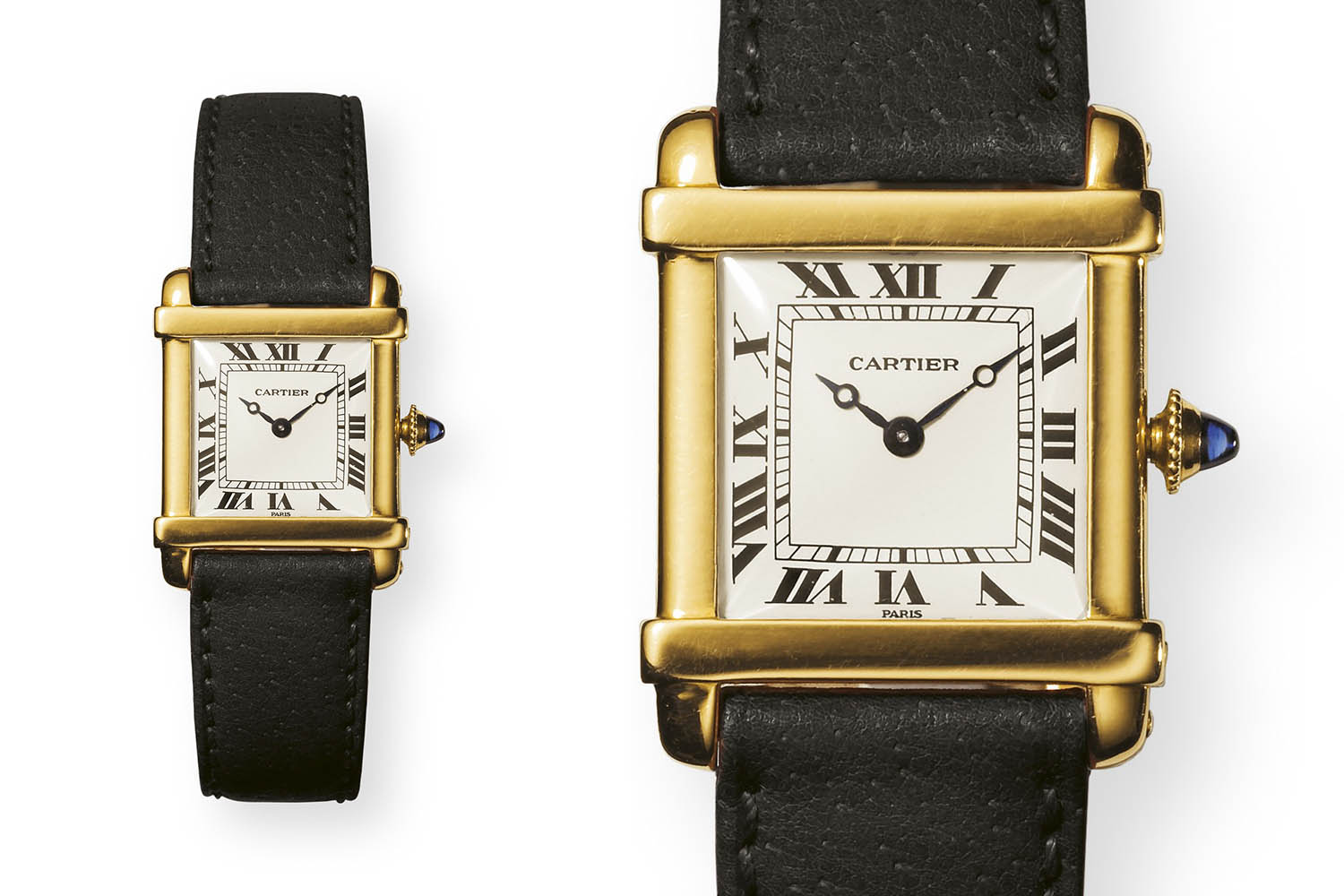 At first glance, the Tank Chinoise, launched in 1922, looks like a slightly larger version of the Tank Normale. Certainly, it offered a noticeably squarer, more compact looking case than the LC or the Cintrée. Look a little closer, however, and you start to notice the smaller details that make this such an interesting watch. The overall design was reportedly inspired by the architecture of porticos outside of Chinese temples. Viewed front on, you can see that there are horizontal bars at the top and bottom of the case that sit atop the rectangular lugs on either side and in fact extend ever so slightly over the sides. The idea was to evoke the exposed interlocking beams of the portico, squaring up the design and focusing all the attention on the centre of the watch. Admittedly the effect is subtle but once you see it, it can’t be unseen. 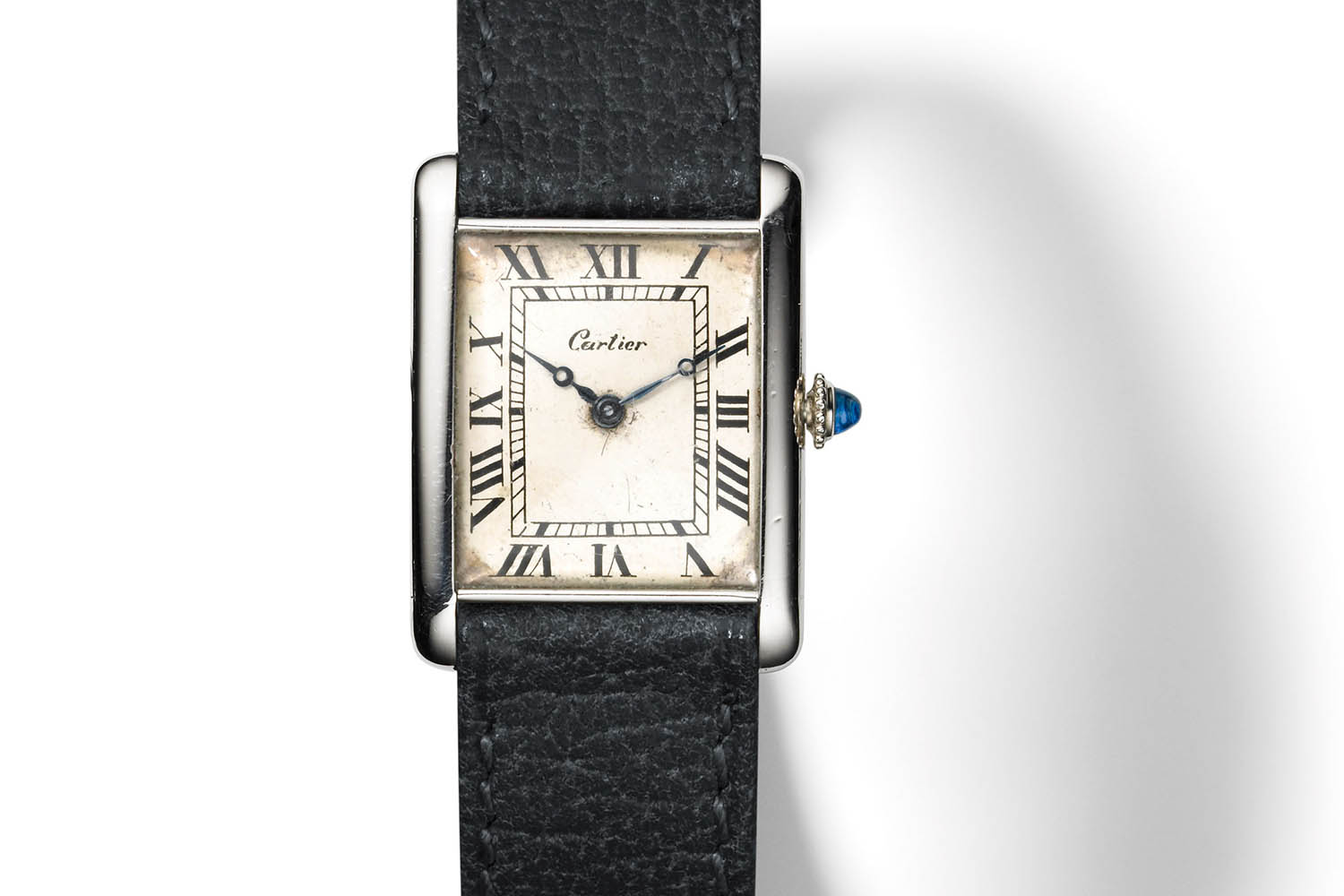 After the initial success of the Tank Normale, Mr. Cartier knew he needed a strong follow-up to ensure the Tank stayed firmly implanted in the minds of consumers. With the unveiling of the Tank Louis Cartier – referred to as the LC Tank amongst collectors – he did exactly that. The LC Tank was larger than the Normale and had a more rectangular shape with smoother lines and a very masculine feel. Not surprisingly, it quickly gained popularity and throughout the years, different versions of the LC Tank have graced the wrists of artists, celebrities, royalty, you name it. Even forward-thinking American painter, Pop Art figurehead and legend of the New York scene, Andy Warhol, was often photographed wearing his, although he reportedly never wound it: “I don’t really wear a Tank to tell the time, I wear a Tank because it is the watch to wear!” he admitted once during an interview. Whilst others probably wind their watches first, I’m sure they share in his enthusiasm for the LC Tank’s timeless appeal. 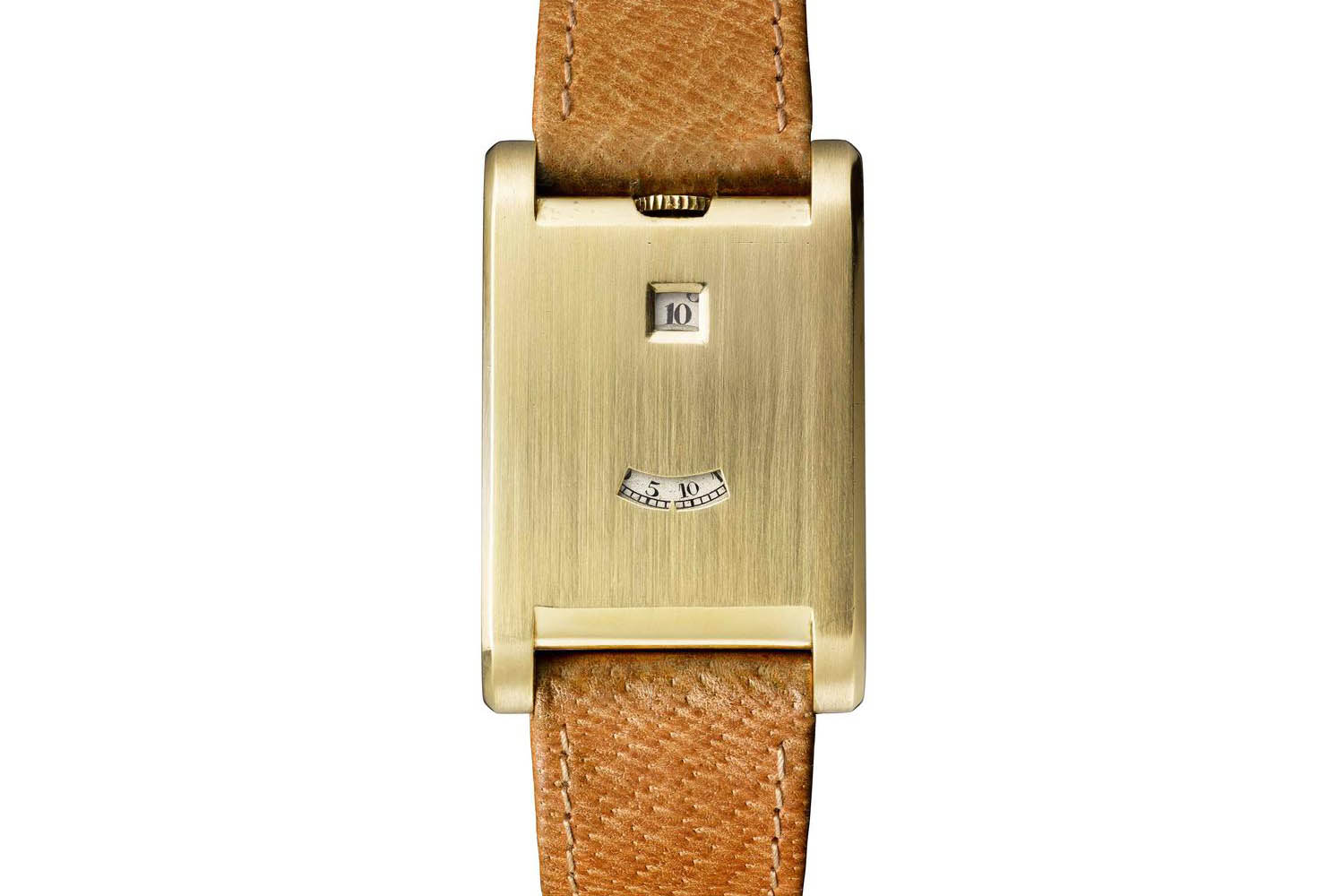 The Tank a Guichets was perhaps the most forward-looking and unusual Tank ever, which is probably why it’s also one of my favourites, although I’ve never had the privilege of seeing one in the flesh. The style was decidedly futuristic – for the times at least, it was launched in 1928 after all! As you can see, there’s no real dial to speak of. Instead, there is a solid face with two windows, the top one for displaying the jumping hours (Cartier’s first ever watch to feature such a complication) and the bottom for displaying the minutes, which were shown on a rotating disc. It was, and still is, a revolutionary concept, offering a preview of what was to come decades later with the advent of digital watches. Despite the absence of a traditional dial, however, it is still unmistakably a Tank, once again demonstrating the incredible diversity of this model. 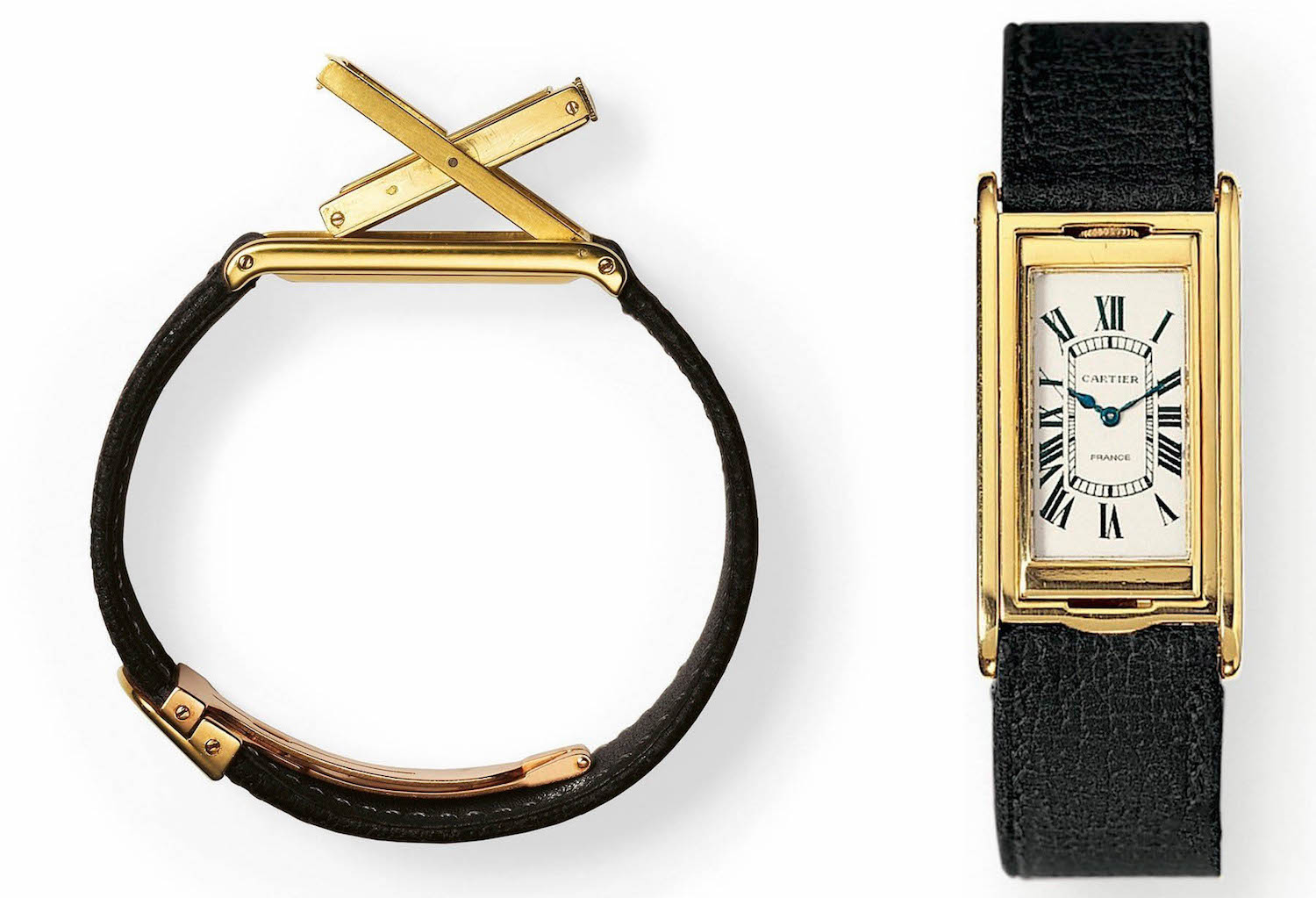 I’ve always thought that when it comes to reversible mechanical watches nothing really rivals the simple genius of the Jaeger-LeCoultre Reverso, which is probably why it is still in production 86 years later. Protecting the glass dials of watches became more of an issue in the 1930’s however, as more customers decided they not only wanted to play sports like polo and cricket, but they also wanted to wear their watches while doing so. A number of brands came up with solutions, including Cartier, which released the Tank Basculante in 1932, a year after the Reverso made its debut. This stylish model featured a specially designed case that allowed part of the watch body to pivot lengthwise (flip-over) within a larger frame, thus protecting the glass of the dial during more strenuous activities, like polo. To ensure the crown was protected as well, the winding mechanism was integrated into the case and positioned at 12 o’clock. 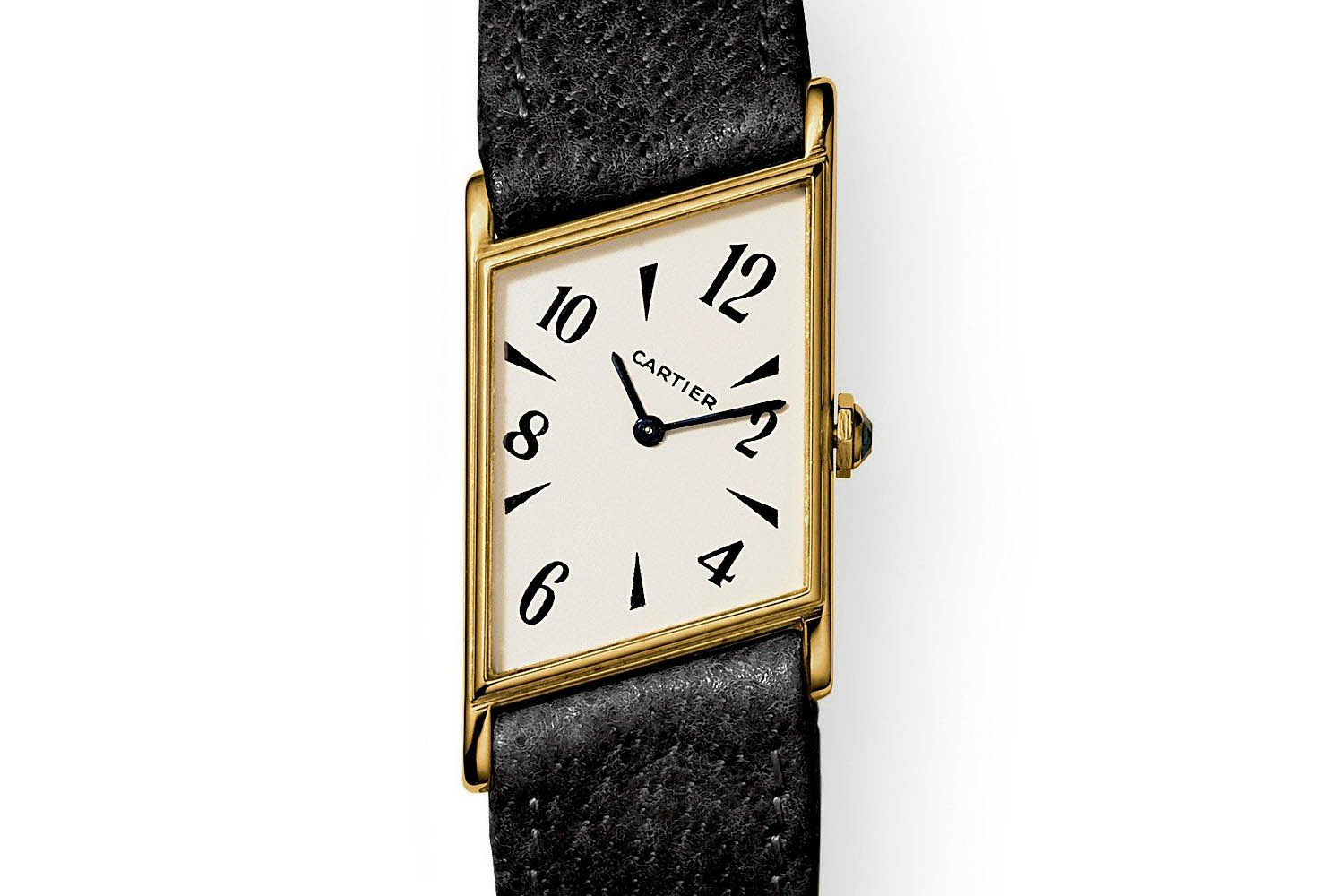 When it comes to case shapes and designs, Cartier has always led from the front. The Tank itself is a testament to this, I mean just look at how much variation you see in the cases of the models above, all of which were produced within a few years of each other. One model really stands apart from the crowd for me, however, the aptly named Tank Asymétrique, which was launched in 1936. Everything you need to know about this watch is in its name. The case is asymmetrical, and consequently, so is the dial, which changes the whole dynamic. 12 o’clock is now in the top right-hand corner, the crown is at 2 o’clock, it’s all a bit strange. Strap the watch on the wrist, however, and you instantly realise how intuitive and easy it is to read the time without having to bring your arm towards yourself. Particularly helpful when you’re driving a car at high speeds and don’t want to take your hands off the wheel (although you probably shouldn’t take your eyes off the road period in that situation.)

Of course, there are many, many more different versions of the Cartier Tank – 100 years is a long time after all and we could have added more modern versions, such as the 1952 Tank Rectangulaire, the 1960 Mini Tank Allongée, the 1977 Tank Must, the 1980 Tank Américaine, the 1996 Tank Française or the 2012 Anglaise – so please share your favourites with us in the comments below.